The situation is i have a few gun models that i will use in a scene where there are a lot of them and they all need to be able to fire bullets easily without me animating each bullet as these are automatic weapons. So i have a gun and i made a simple bullet that i want to use as a particle system for automatic gunfire.

So i have this bullet model right inside the bore of the gun and i parented the bullet mesh to the gun. I then added a particle system to the bullet that used the bullet model as the particle in the render tab. A couple problems arose such as the particles not appearing, they have far too much drop due to gravity especially in the case of a rocket launcher that needs to go slowly but not drop. and i also don't understand how to turn them on and off such as in a burst fire situation so it fires then stops then starts firing again.

Here is a very simple test that shows how you could defy gravity and animate particles to "gunfire" bullets: 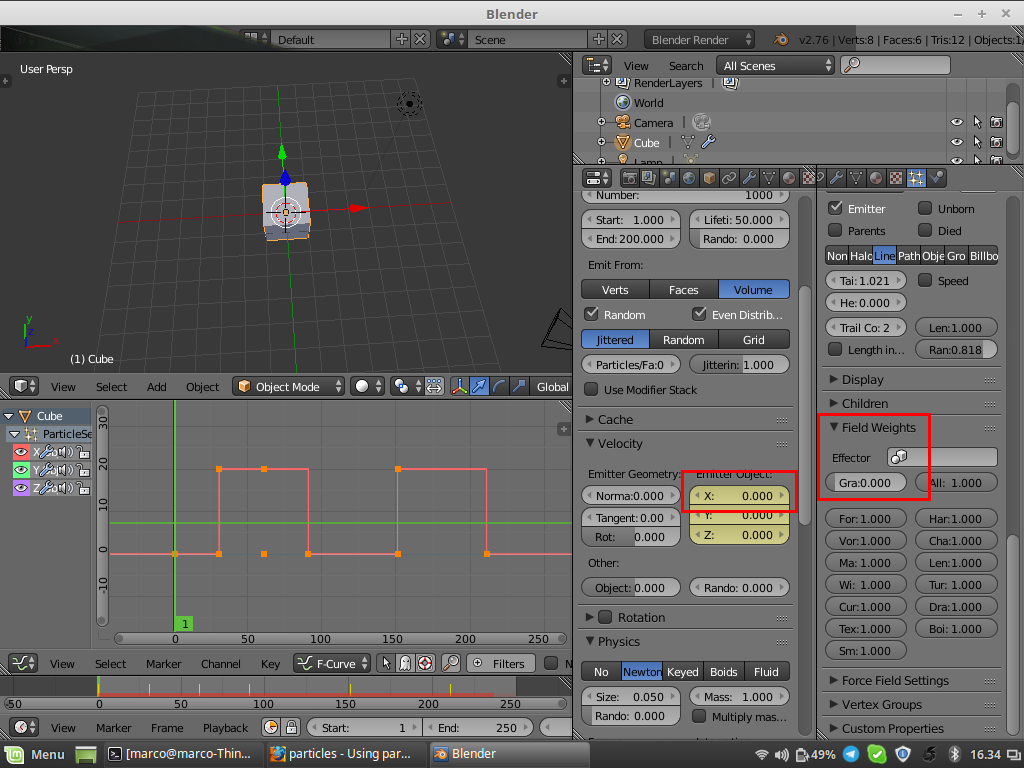 here is a test blend file:

Not the answer you're looking for? Browse other questions tagged cycles-render-engine particles parent or ask your own question.

20
How to turn particle emission on/off?
17
Convert particle system to animated meshes
2
Particle origin when particle is a group
0
I'm using cycles render and I can't figure out how to render the image texture
0
Unlinking particle system datablocks from python