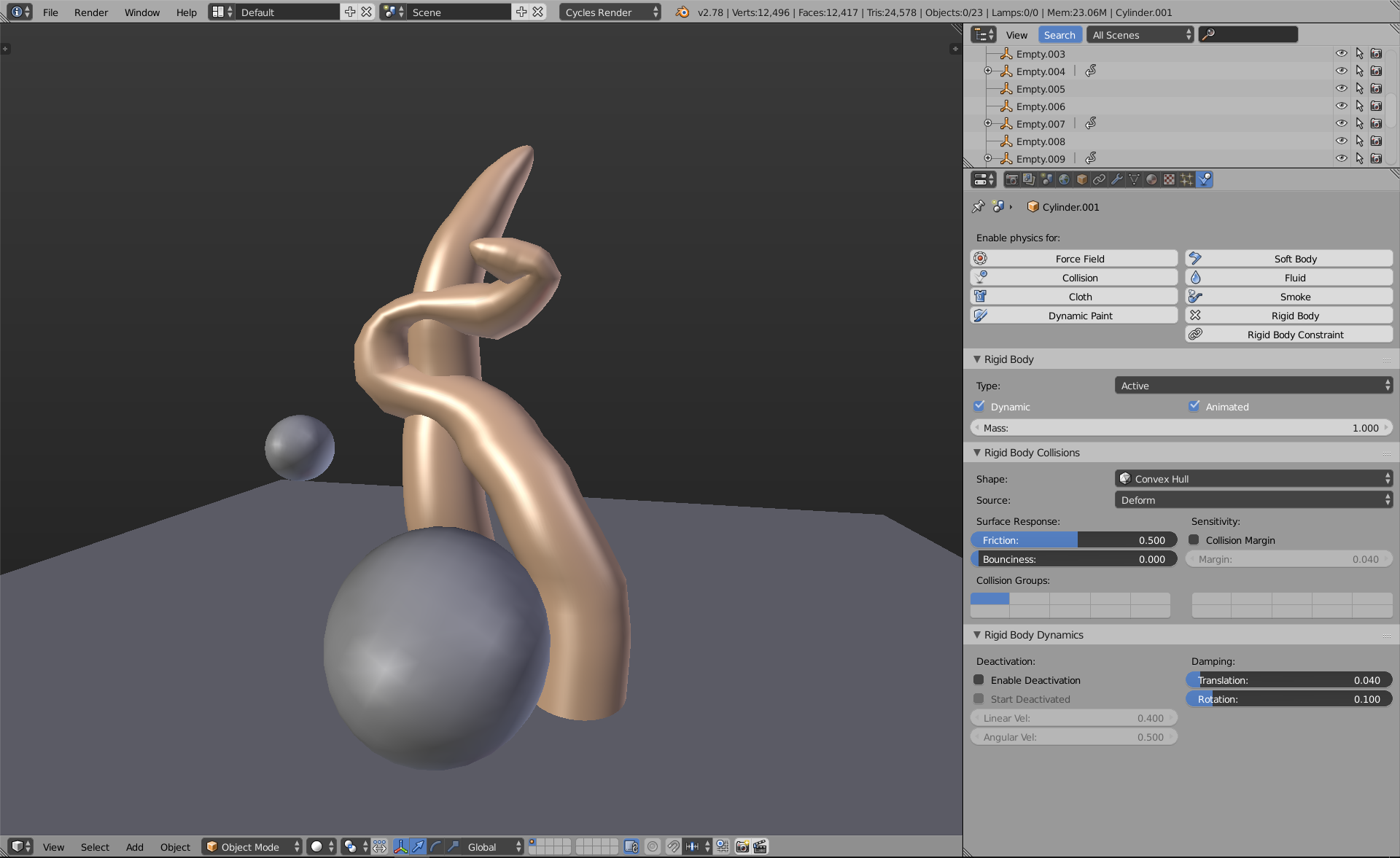 I'd like to create some animated tentacles that uses the rigid body system so they don't go through each other, but instead collides with each other.

I have two problems :

-My spheres collides ok with one of the tentacles but the collision isn't really precise (there are some great gaps between the sphere and the tentacle). They don't seem to collide with the second tentacle.

-Tentacles don't collide with each other.

Since you're animating them, they don't respond to physics, as earlier mentioned by Mutant Bob.

If you're looking for live animations, separate the tentacles so they can collide with each other. But if you use predetermined animations, this can glitch out on you.

To prevent each tentacle to collide with itself, you have to tweak the settings a bit to increase stiffness and apply self colliding.

Not the answer you're looking for? Browse other questions tagged animation physics rigid-body-simulation collision or ask your own question.