Will increasing the samples eliminate fireflies? I know that the question of reducing fireflies has been already asked, but i want a straight answer on whether it will help or not.

These renders are at 2000 samples with a Sun Lamp pointed at an Icosphere with 100% glossy shader... just to demonstrate differences between firefly reduction techniques:

Long Answer: As far as I know, not always; there is a point where more samples will do you no good for fireflies.

Increasing the number of samples will more often then not reduce noise in your scene, generally to a point where it is acceptable for the final result, at the expense of render time. The higher the sample count the less noise you should get.

Cycles being a physically based render will in theory converge to a physically correct and accurate representation of your scene.

Rays are cast, they bounce around the scene, and yield a result. More samples for the same pixel will average out the result and smooth any irregularities reducing noise and fireflies, the more samples are calculated the smoother the result.

However in some cases the scene converges poorly and the math averages slowly to a point where churning more and more samples will only converge to a same physically correct solution that still suffers from some bright spots (fireflies).

At this point more and more samples will no longer solve that problem and will only refine and confirm the already obtained result that includes some undesired bright spots, which are unacceptable from an artistic point of view, despite being accurate from a mathematical interpretation.

In this commentary by Brecht, the author of Cycles Render engine, the linked scene shows a common culprit, caustics, where he states that increasing samples will actually produce more fireflies.

Suggested solutions are changing seeds, clamping, post production, blurring samples, turning on Filter Glossy, noise reduction or any other of the well known methods will alleviate the problem.

There are numerous ways of reducing fireflies and increasing the number of samples is the simplest, most generic, and also typically the most expensive (in CPU time). Usually you would want to try all other methods first and only resort to increasing the samples as a last resort.

I am a beginner in Blender, and what I found to reduce noise has nothing to do with the number of samples, blurring, or clamp setting.

Below is an image with only 50 samples. You reduce noise by using mesh objects as emitters. 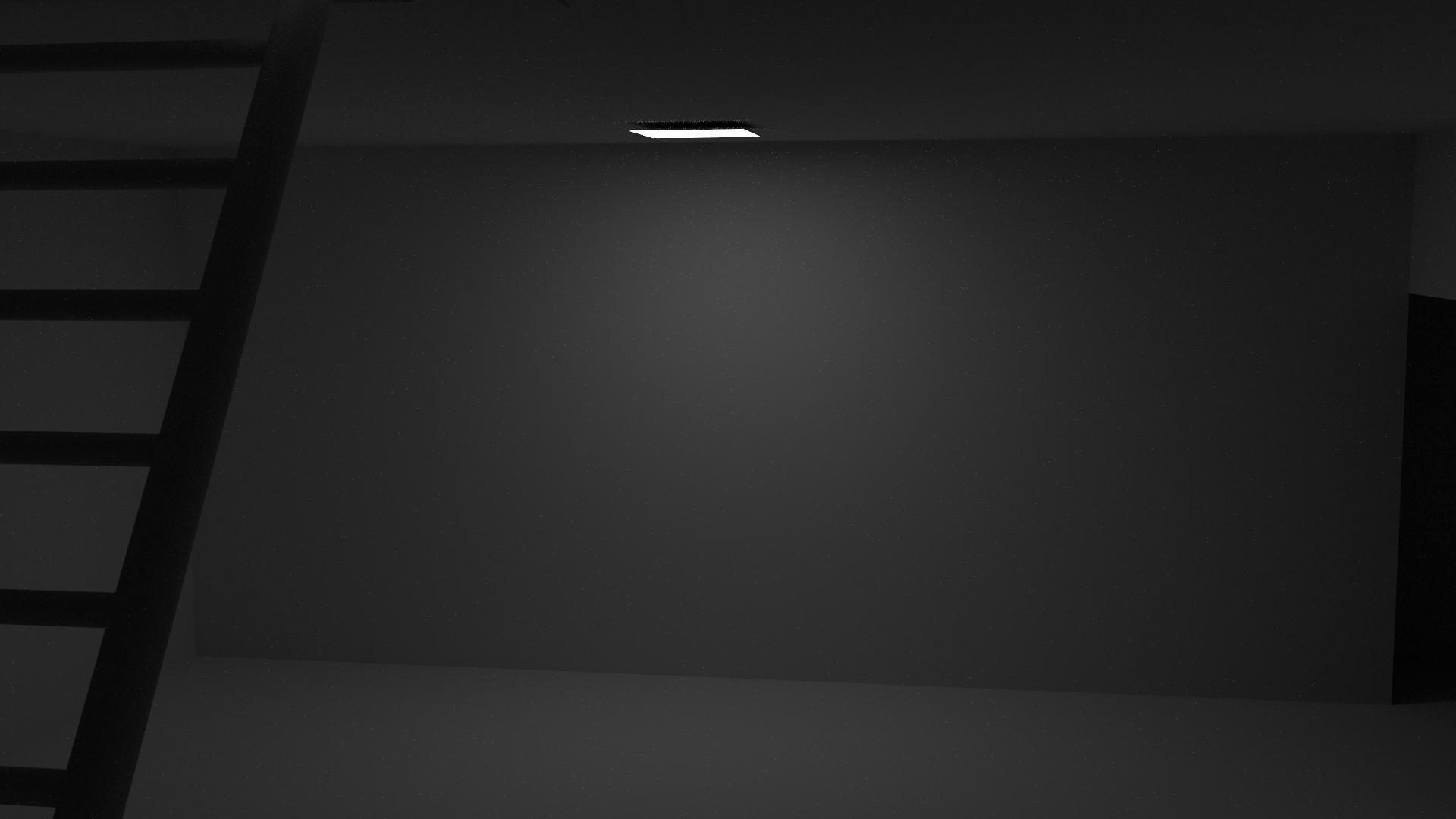 Here, I consider the 'size of the mesh emitter[4*4]' and 'strength of li8' which is 5, based on the room size, and I enclose the emitter with a diffuse object in order to reduce the bounces on the ceiling i.e to reduce the fireflies.

If you want the emitters on the ceiling, follow the above method with only 50 samples.

Another way to reduce fireflies is to move the emitter away from the ceiling and reduce the size of the emitter by double[2*2], with the same strength of li8 from above case which is 5. No enclosing is needed and only 50 samples.

If you want the emitters a little bit under the ceiling, follow the 2nd method.

Here, my uploaded image is based on the 1st method.

If you have found out a good method to remove fireflies better than mine, please let me know.

Not the answer you're looking for? Browse other questions tagged rendering materials or ask your own question.

86
How to avoid noisy renders in Cycles?
45
How to reduce fireflies in Cycles?
7
Why do fireflies increase with number of samples when using a hdri light source?
8
How to render a scene faster in Cycles?
5
Why do I have a large black and white artifact on the rendered image?
4
How to reduce noise in really dark scene
3
Pixels artifacts when rendering glass BSDF with Cycles
0
Random bright pixels are being rendered
2
How to get rid of fireflies in my metallic materials / cycles (principled bsdf)
1
How to I get rid of these dots?
See more linked questions

45
How to reduce fireflies in Cycles?
1
How to increase light samples for world volumetric scattering only
0
How do I anti-alias an image with a transparent background without getting semi transparent pixels?
0
Tips on increasing light
0
Explosions and fireflies / dots in Blender 2.8 (already followed all tutorial without results)
5
Cycles wont do the amount of samples I put in at min samples