I am working on a project where water needs to be sprayed so to form 60 deg full cone from the spray nozzle in an animation. I have tried it with inflow and v cylinder but when water leaves out it does not exapand to 60 deg as required. Can you please give m advise how to achieve that? I have done hollow cone spray with addition of obstacle but need full cone spray.

Examining the subject at hand, it appears a better way would be to use particle drops instead of a fluid system.

The resulting cone can be easily controled. 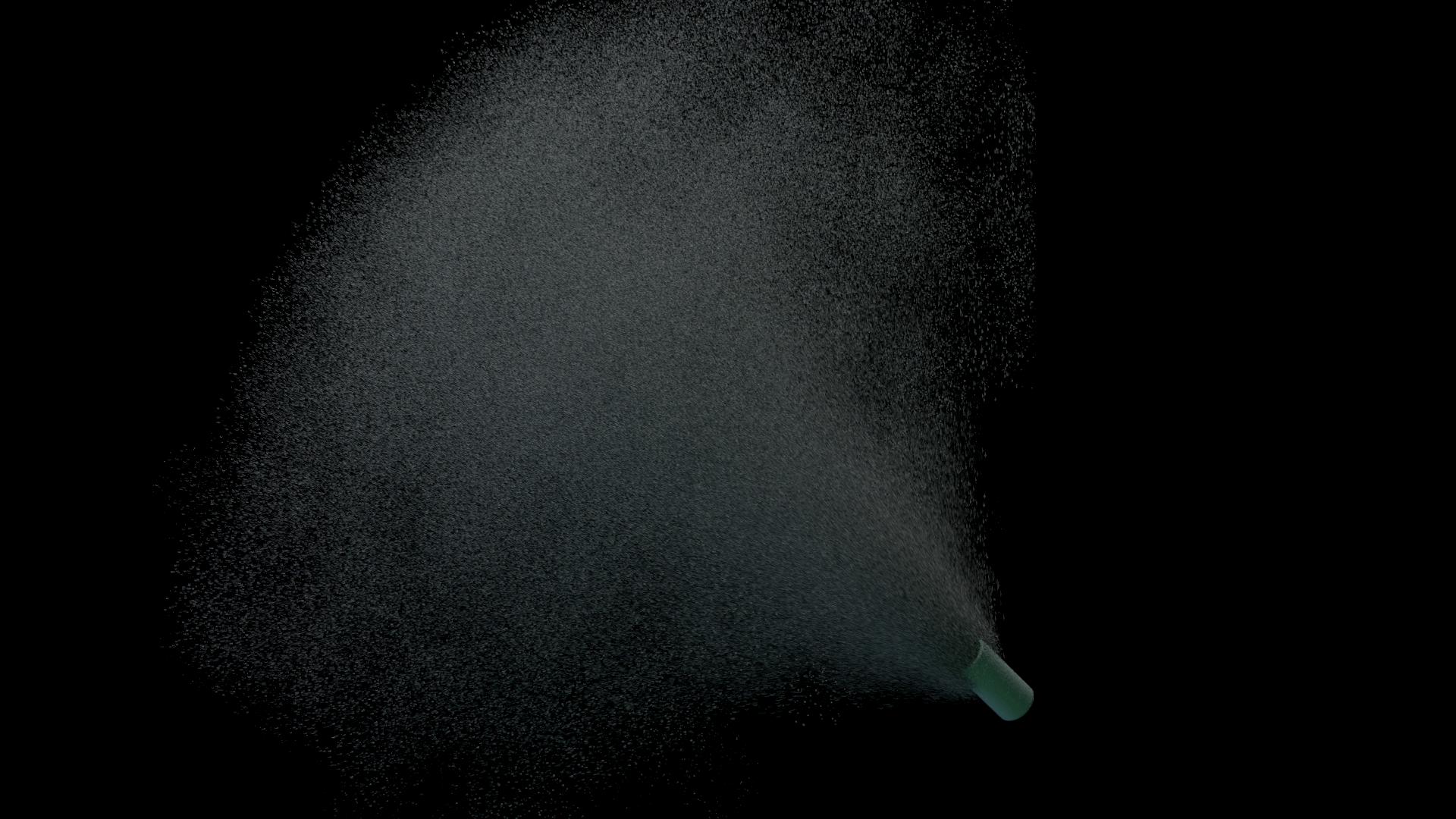 The movement can be setup convincingly.

Sorry, the file is not in the finished state. Have fun.

Not the answer you're looking for? Browse other questions tagged animation fluid-simulation or ask your own question.

3
How To Simulate Water Spray from Nozzle Such As Pressure Washer
1
How do I animate water splash?
0
How to make forced Smoke simulation like spray?

3
No inflow from one of two sources
1
How can I control the speed of a fluid simulation?
4
Water simulation appearing boxy
0
Fluid simulation does not follow animation
2
How would I go about making water shoot out of a pipe rather than just flow out?
0
Is it possible to limit the volume of fluid ejected from a mesh? 2.82
2
What are particle settings for water spray simulation?
1
Creating a blender water drop simulation