I'm trying to cut grooves into this handle shown in the image below. I need them cut along the red line. 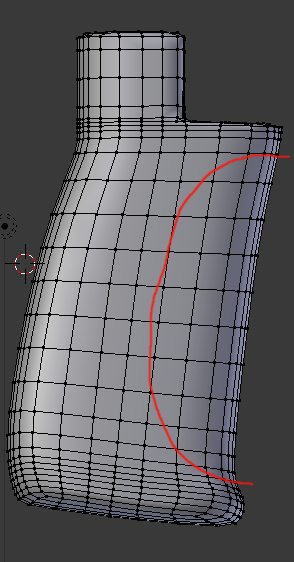 I want them to be look like the grooves marked by red in this image below: 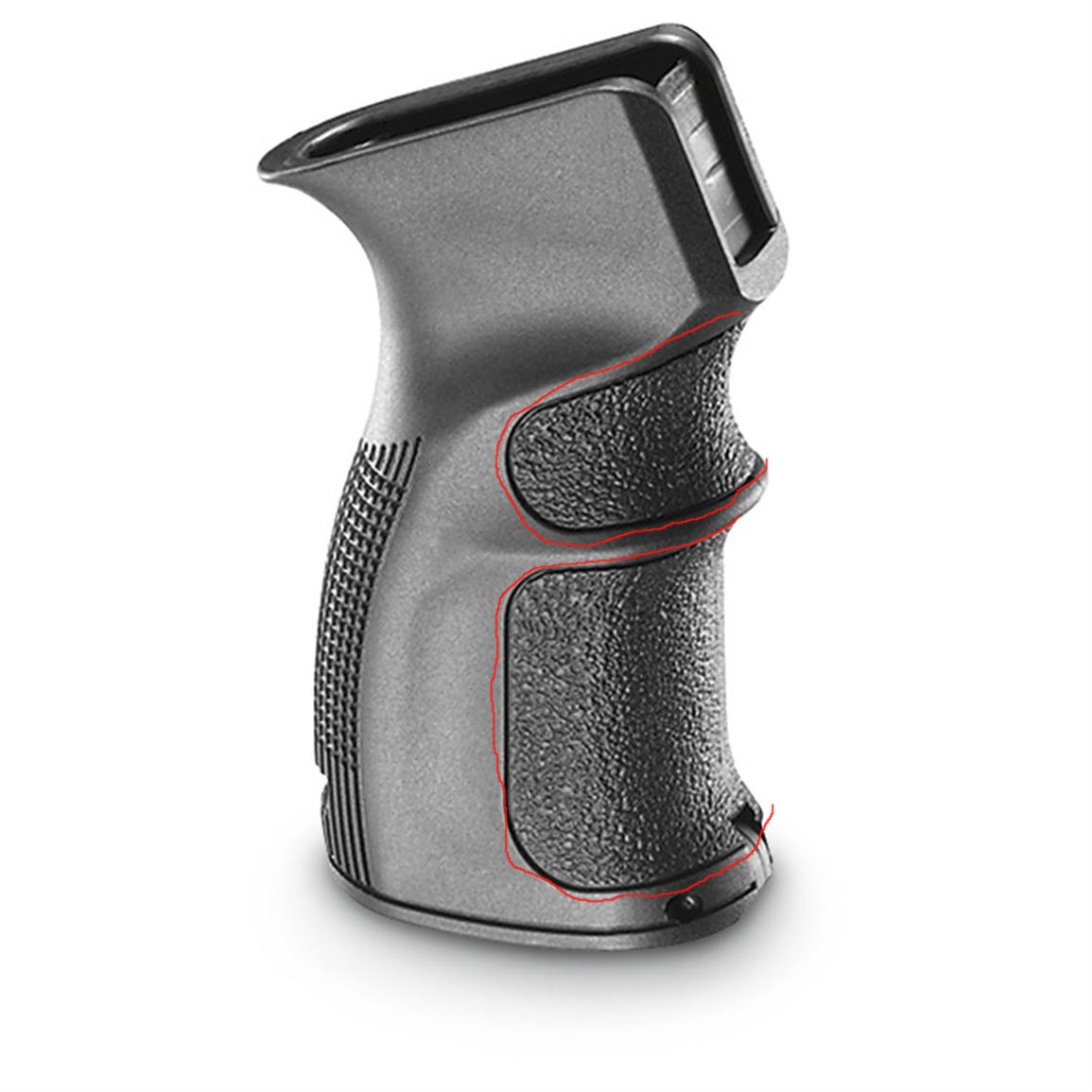 How would I got about cutting even grooves into the the mesh along the red line in the first image? I'll provide the mesh in a file.

I would start over completely and create the topology in 2D first, in all quads, tracing the reference image. 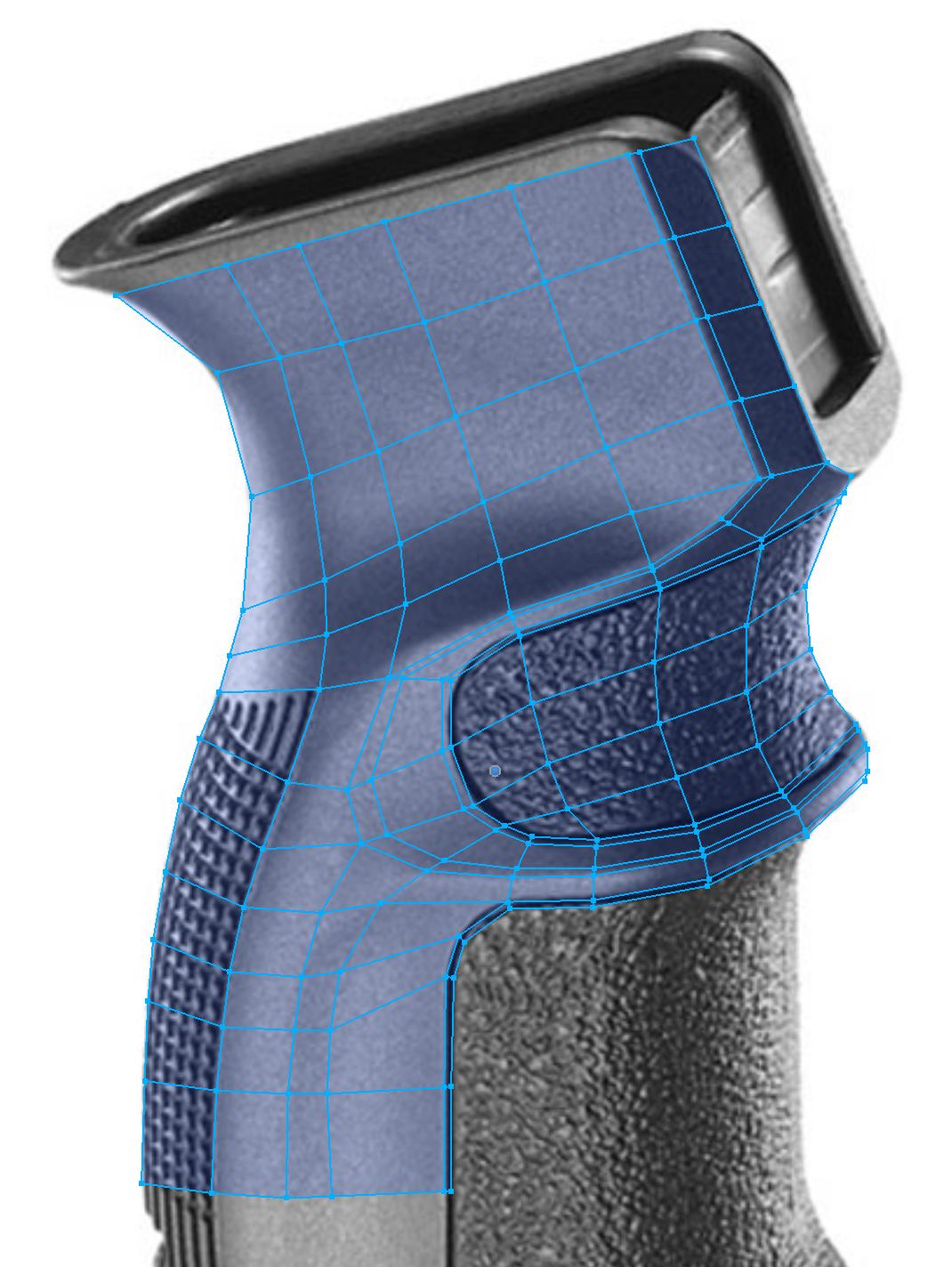 (Sorry for the two-billion pixel screen shots. You can thank retina display.)

Anyway, if you make topology like this you can get the curves you're hoping to achieve without cutting.

Consider this a starting point, and also just an example of one possible way you could do it.

Note the tightly-spaced holding loops around the curves that add sharpness. These also serve as a buffer between those curves and the 5-poles in some spots: 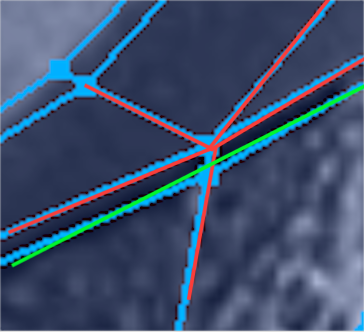 Above: A 5-pole (marked in red) buffered by a holding loop (green). 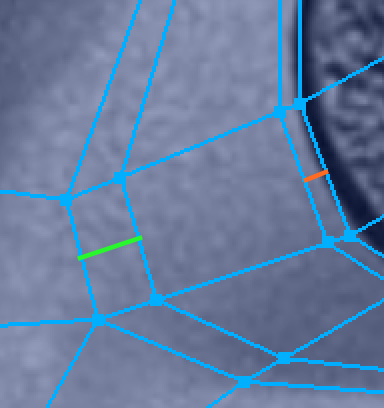 Topology is a broad topic, but it's just about collecting different techniques, and adjusting how you think about shapes. It's half art form and half math. Stick with it.

This can be done using the Knife Project tool.

In your specific case:

Not the answer you're looking for? Browse other questions tagged modeling mesh topology or ask your own question.