Any thoughts on how to get back my smooth glossy surface?

I've been working on cleaning up the overlaps caused by adding a bevel to some tight text and have encountered a problem I can't figure out how to fix. When you add a bevel to text, Blender actually creates vertices in three additional planes (as near as I can figure): There is the front plane of your text, the back plane and in the middle are two planes of the bevel edge which would usually get separated by adding depth to the text -- I'm not adding depth, so the two middle plane are right atop one another. When you use the "remove doubles" option (on the two planes that make up the knife edge) something is happening to the faces such that a glossy material reflects light differently than when the two planes exist.

Here are pictures to illustrate the problem:

In this first picture I have added text, added a bevel of 0.015 to the text object, then converted it to a mesh. Using the face selection mode, and being in top view, I box-selected all the faces behind the front-most plane and assigned them a material consisting of a Mix Shader with a Glossy shader (defaults) and a Diffuse shader (defaults). Then I created a blue diffuse material and assigned it to the frontmost faces. I dropped in a few spotlights to light the scene and give something for the glossy material to reflect. I have done nothing to remove doubles yet. 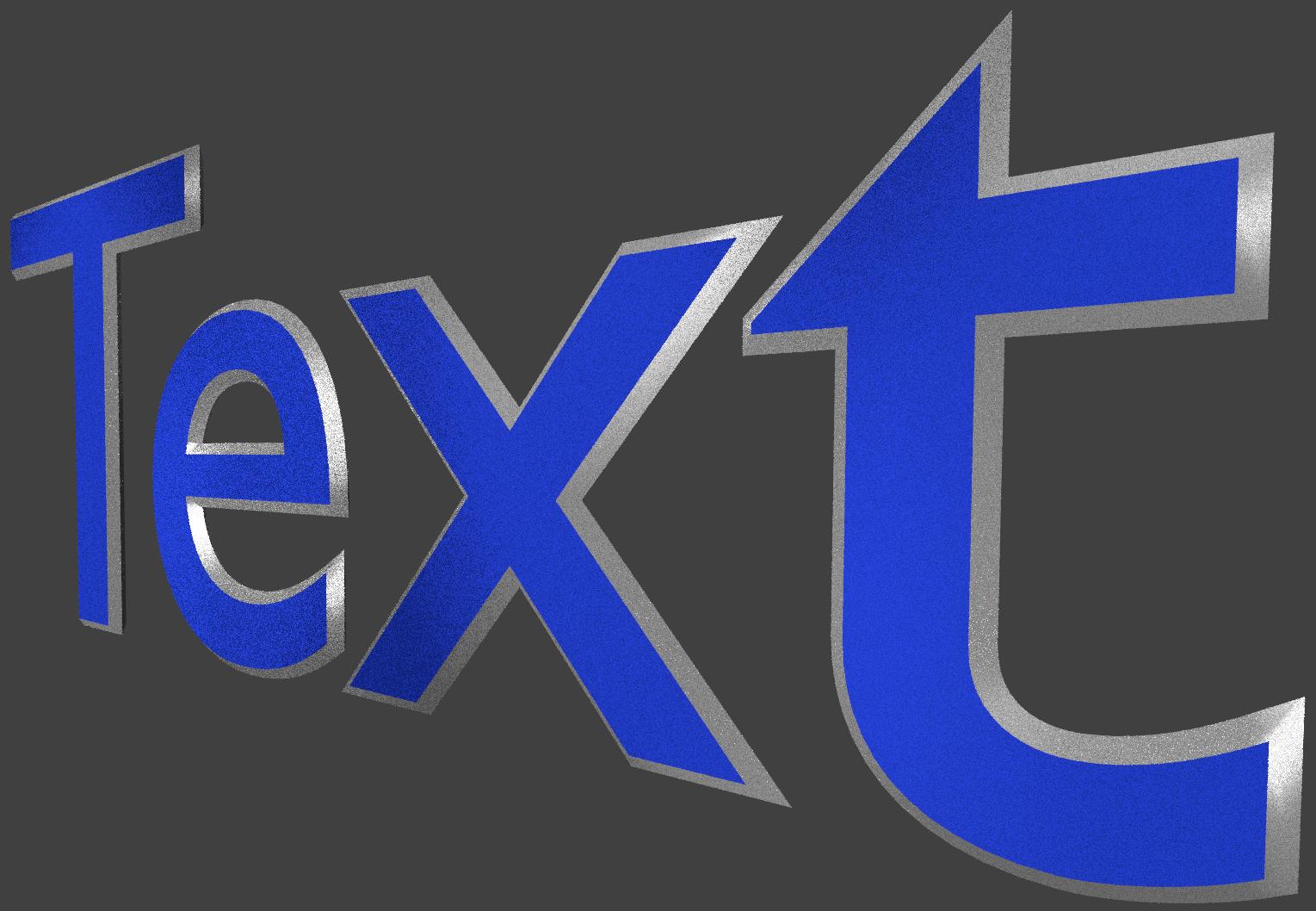 Now, using the lasso selection tool with "Limit selection to visible" turned off, I have selected the knife-edge vertices on our right side of the "x": 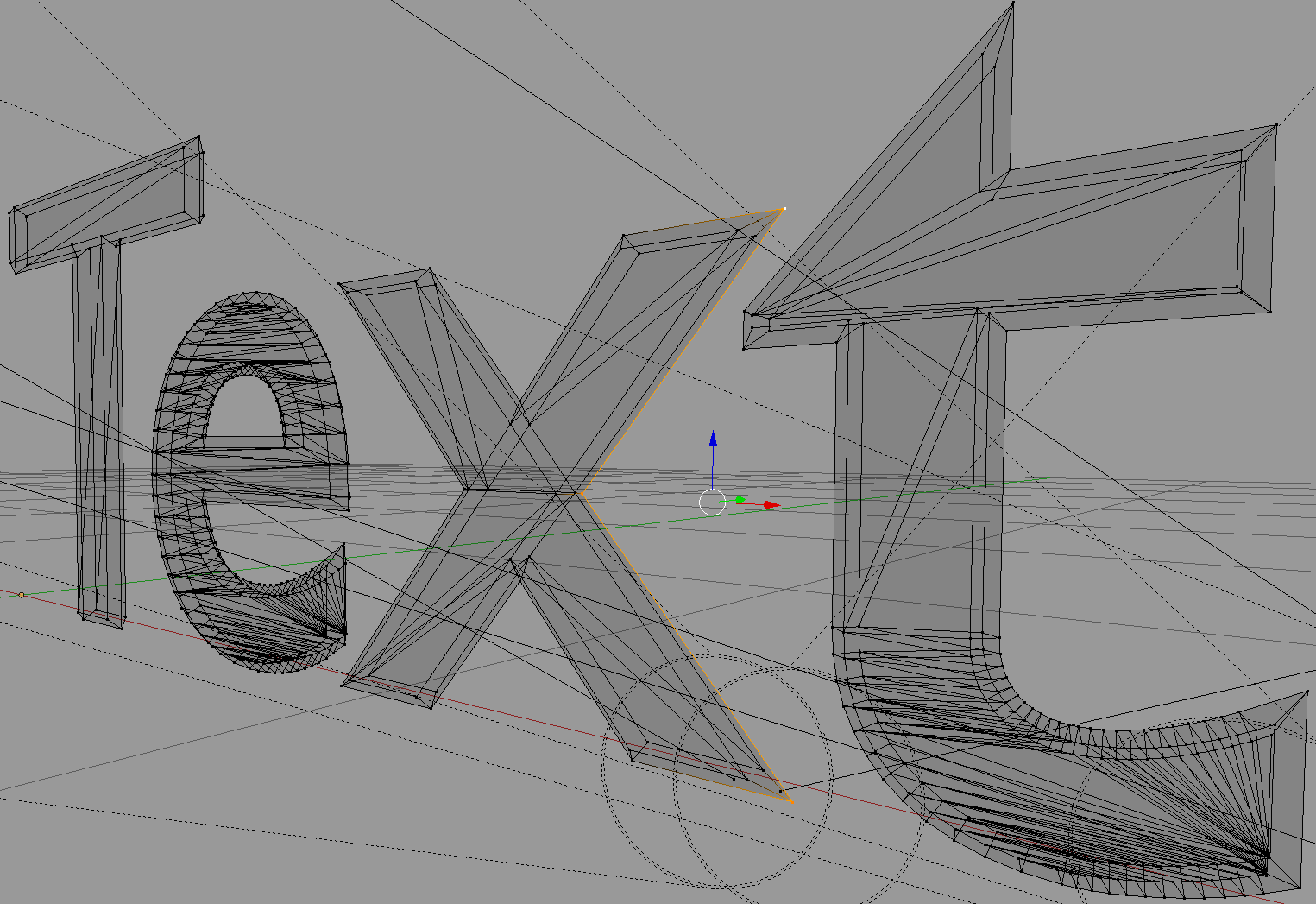 With that selection made, I hit the "Remove Doubles" button in the Mesh Tools pane and observe the effect on the render: 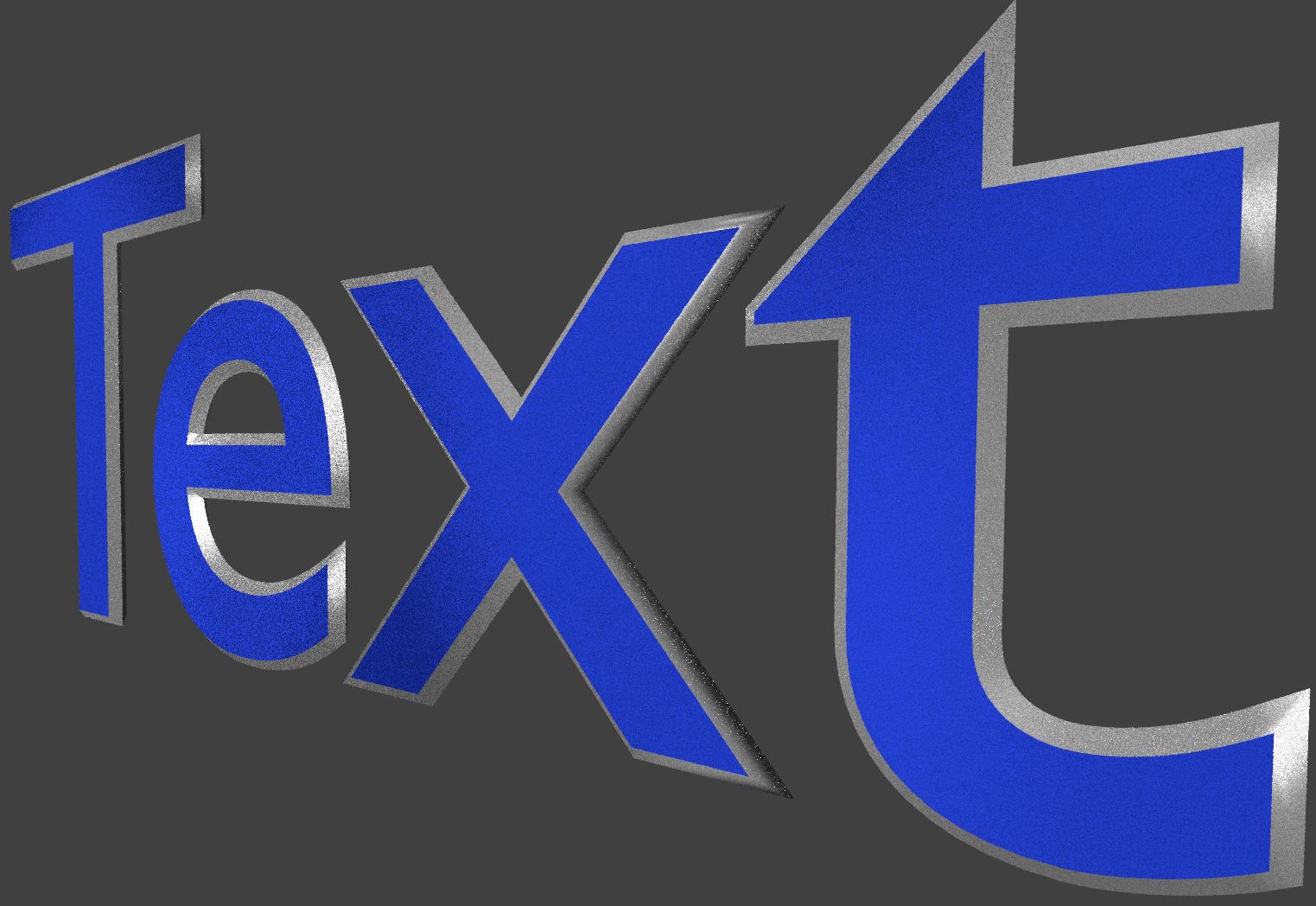 Thinking visually, it's almost as if the faces of the bevel are now curved rather than flat, but why removing doubles would alter the faces that way escapes me. And it's not the look I'm after!

One thing I thought to try was alter the world surface to be some bright color, but the dark shadowing appearance remains unchanged if not tinted slightly:

Any thoughts on how to get back my smooth glossy surface? Not removing doubles is the easy answer, but it's a double hassle when the font you're using wraps over itself on serif extensions when beveling.

Not the answer you're looking for? Browse other questions tagged cycles-render-engine text-object or ask your own question.

79
How to smooth shade an object while retaining hard edges?

6
Failing to chisel (boolean difference) text on a cube side
4
Object appears jagged in final render?
1
Conflicting faces rendering as black
8
Why does an object with a glossy shader render in black?
0
Adjacent planes rendered in very different colors?
1
Why is glossy shader adding pink in cycles?