Textures appear too dark in render

This is imported from World of Warcraft, and the first thing I noticed when applying materials was that some textures had some transparency even though they probably shouldn't. In material view these look fine, but in rendered view, they almost become black. This example shows the roof specifically, but you can also see the walls become dark. 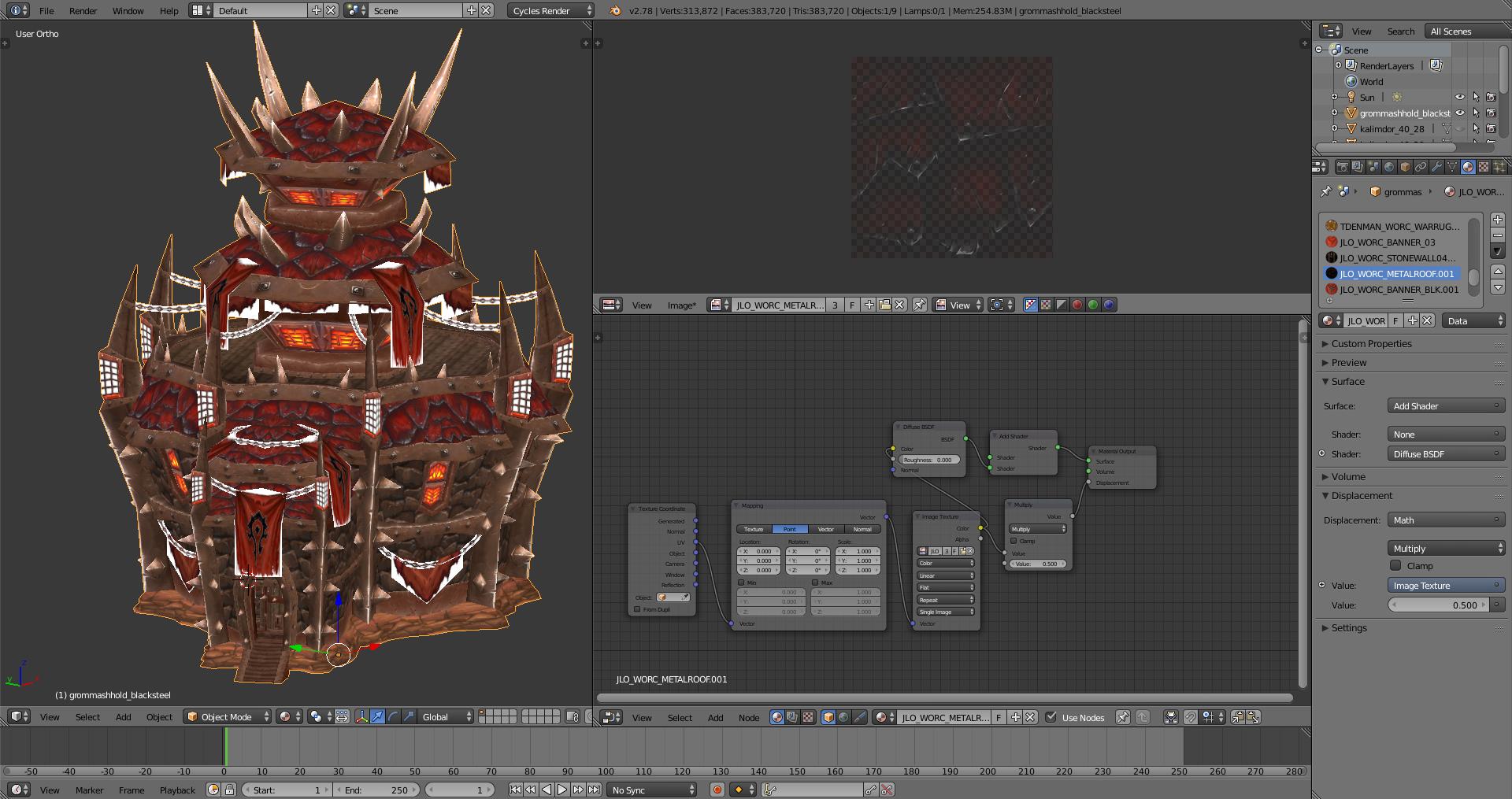 I'm somewhat new to blender and 3d in general, but I'm not completely new and I have never seen this before. 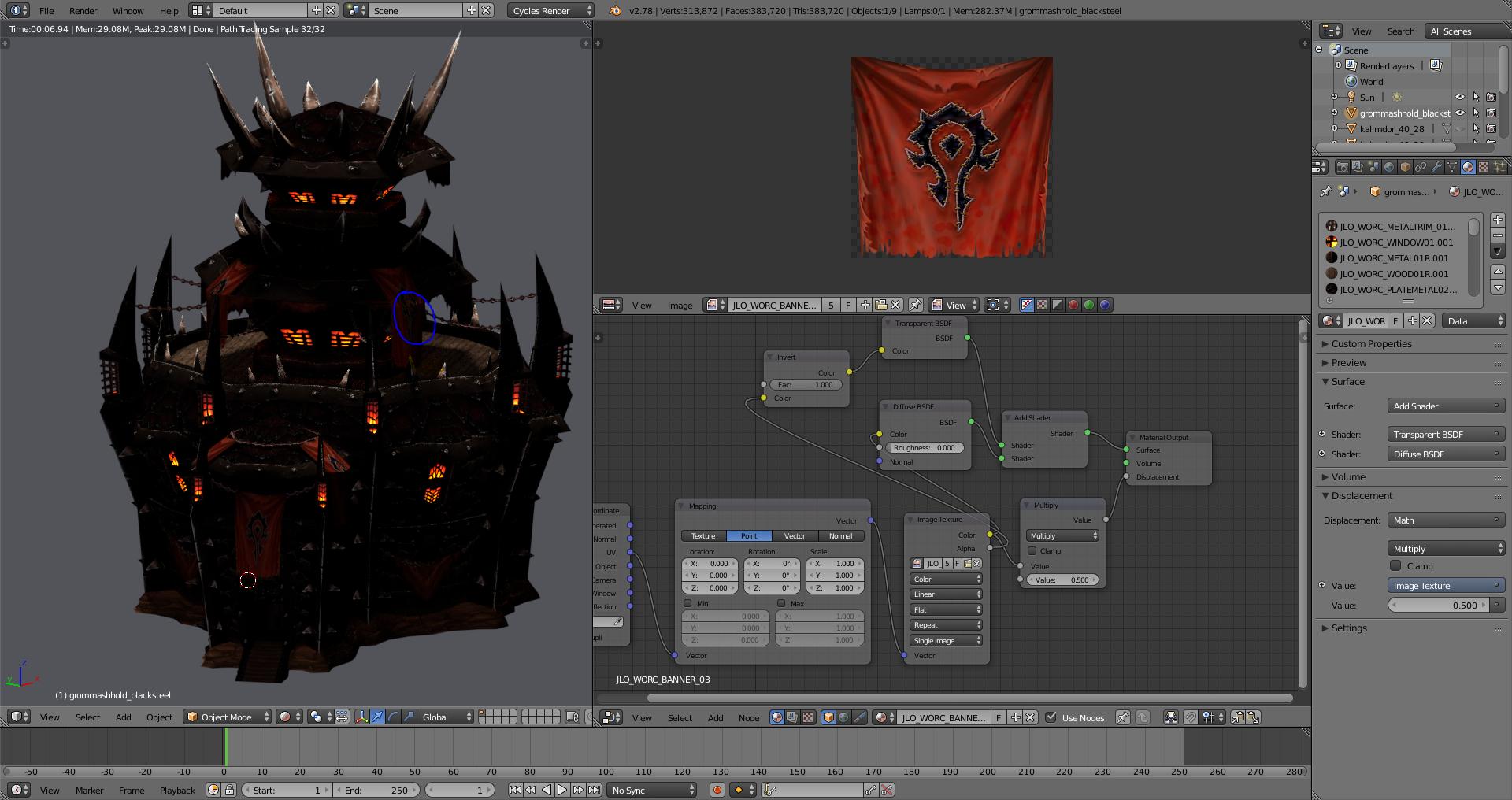 I've tried adding more light, but the textures still appear dark. Also, it might be hard to see, but in the second picture I circled a banner that seems to be bugged out, so that's sort of a side question, since that texture actually needs alpha. I'm also really new to this site so I need a little help uploading the file, it's late and I honestly don't know how.