I'm using a transparent image texture of humans on a plane for architectural scenes. Before I load the image to the Image Texture Node, I change the opacity in Gimp, like 50%, so that you can see through just a little bit. But I wonder if there is a simple way to do this in the node setup instead of Gimp?

I have search but I just find tutorials about how to use transparent images, but that I already know about.

This is the node setup I'm using: 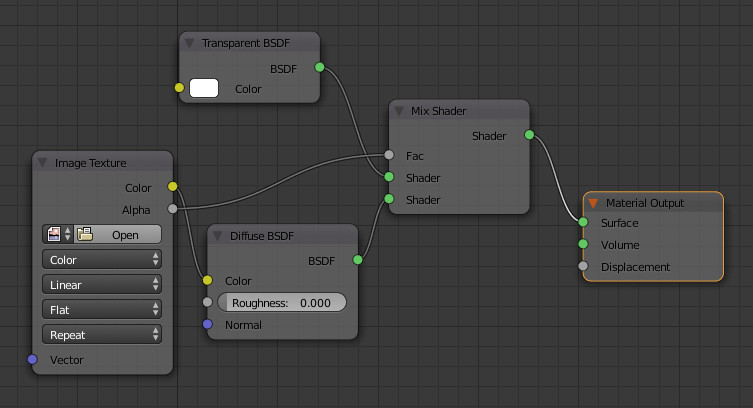 Let's say you have an image with an alpha channel: 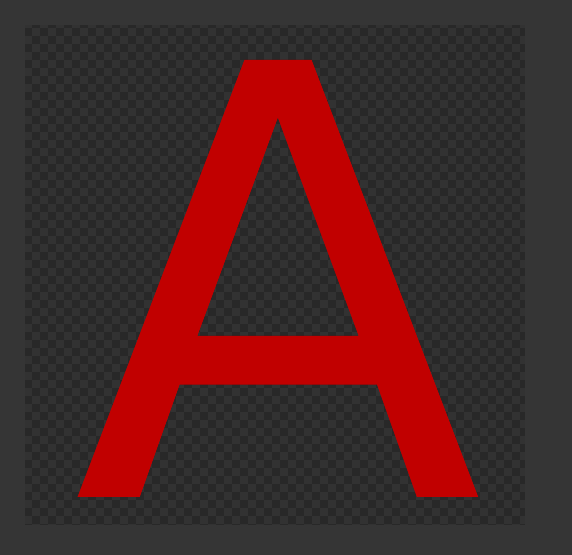 Which in turn, is nothing but a mask: an image with a black and white channel that determines the opacity of the RGB information. Black (0) is considered transparent, white (1) opaque. 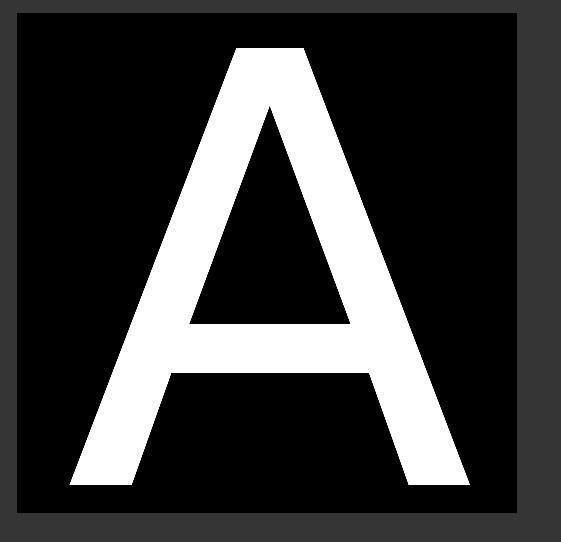 If one were to use the image as color for the texture we get an opaque texture, because the alpha channel is not being used, just the RGB information. 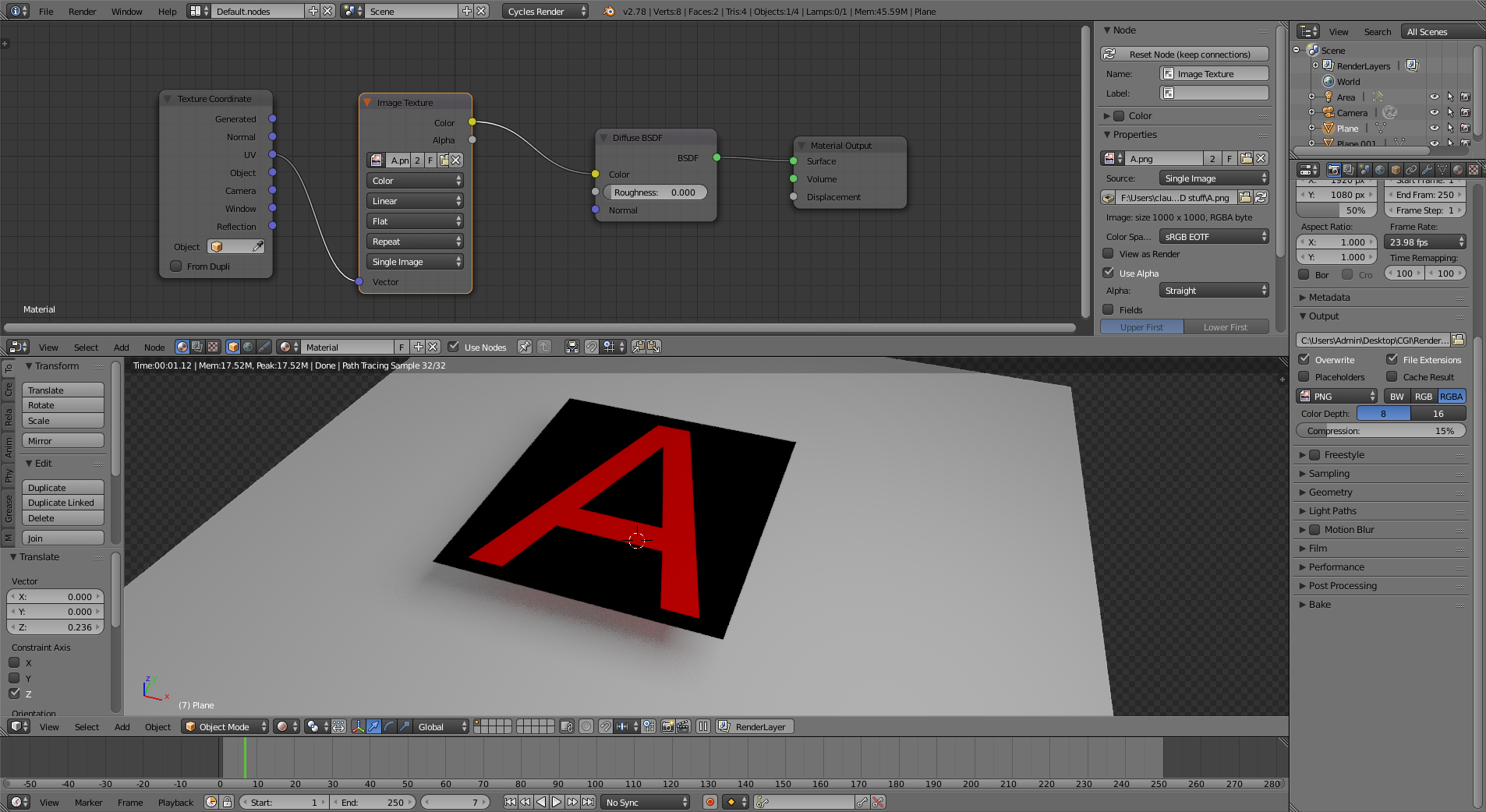 Adding a transparent shader and using the alpha information to control the mix will make the black (0) pixels of the alpha channel be transparent and the white ones opaque (1). 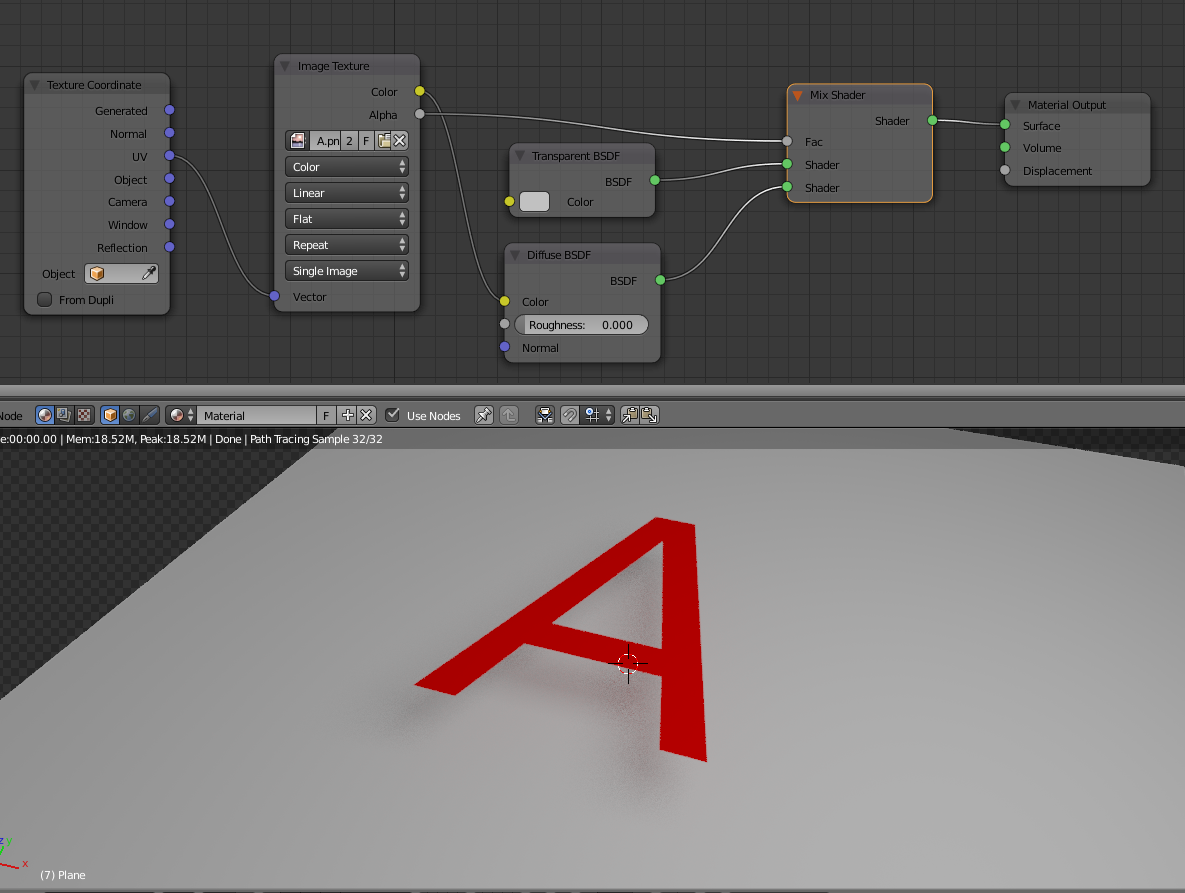 To change the opacity of the alpha channel, you would need to make the white areas darker. To do that thre are quite a few options:

using a MixRGB node, multipy the alpha channel image with a black (0) color , that way the white areas of the mask (or alpha channel) will be less opaque.

By changing the value mix factor you'll get different degrees of opacity. 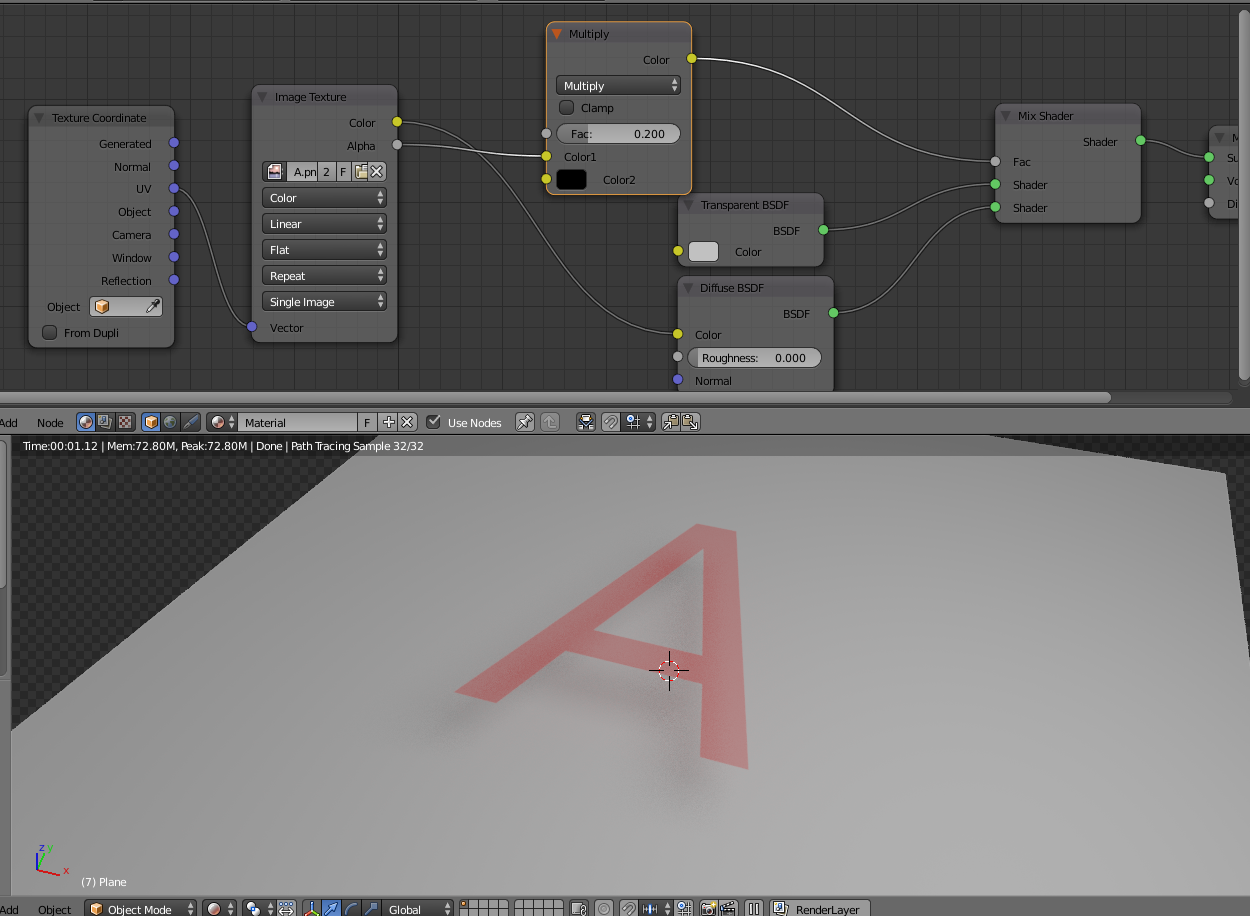 Alternatively you can subtract white (1) from the values of the alpha channel and get the same effect. 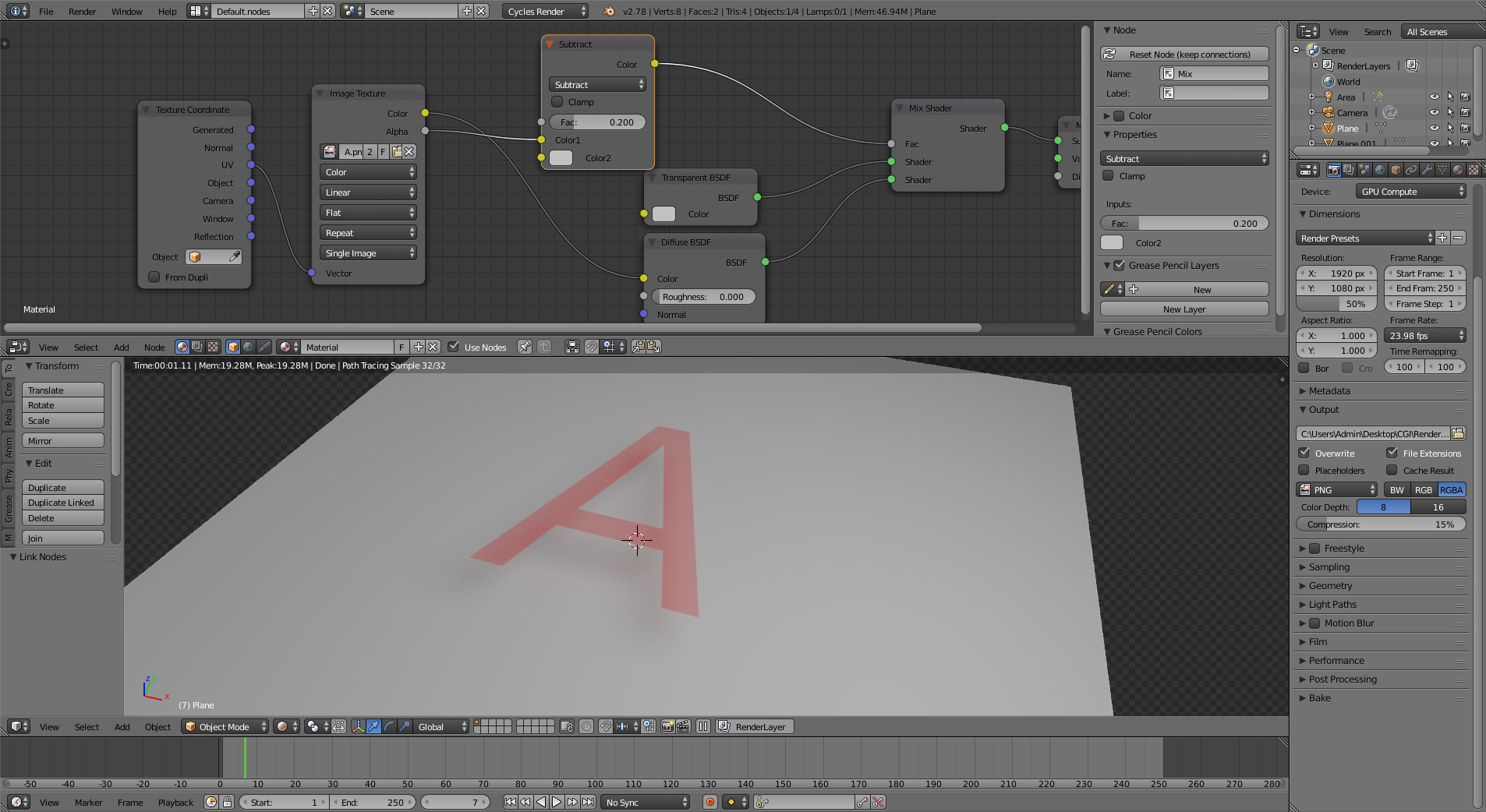 Using a math node with the multiply operation will also give you the same control by using values between 0 and 1: 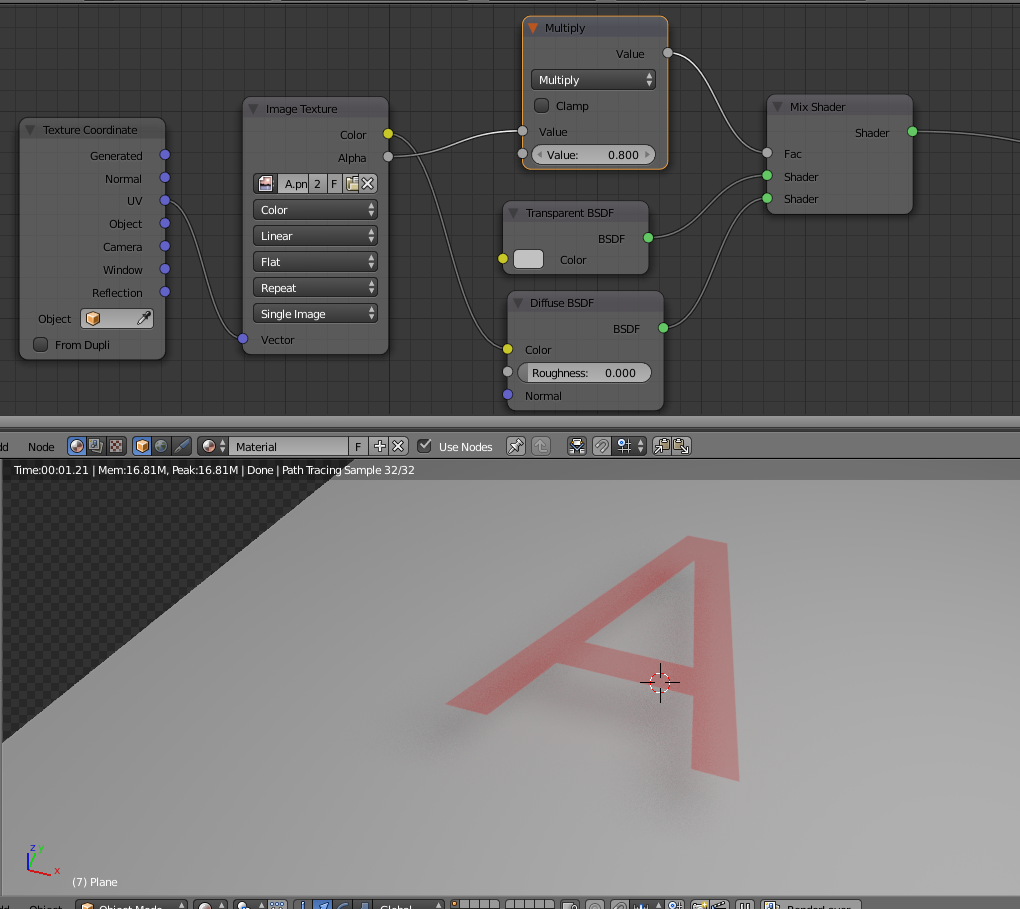 Using a Bright Contrast Node with negative numbers for brightness will also have the same effect. 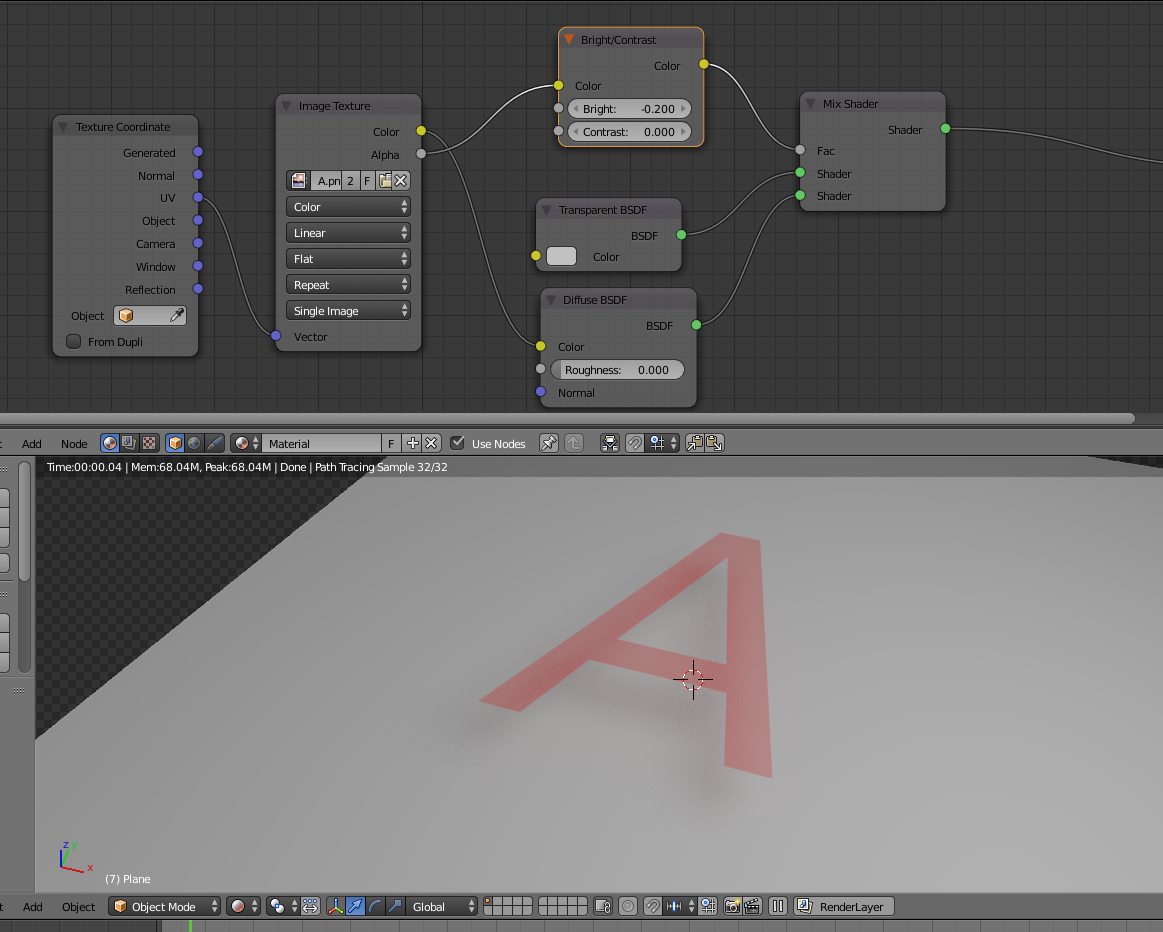 Or it can also be done with RGB curves 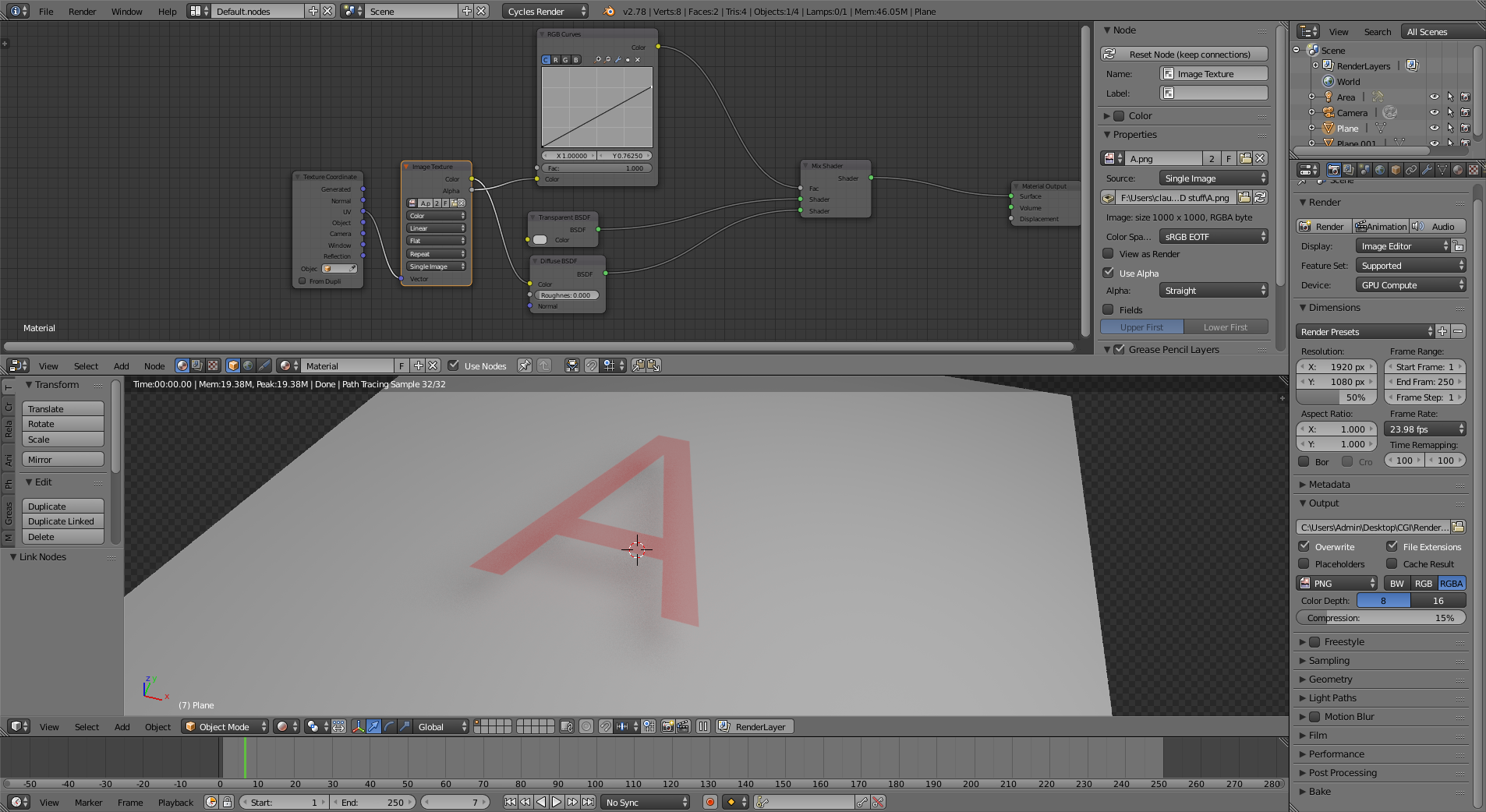 Or if you don't want to alter the values for the alpha channel for whatever reason, a different alternative is to use another mix shader and plug the result of the previously shown shader and mix it again with a transparent shader. Changing the fac values will change the opacity. 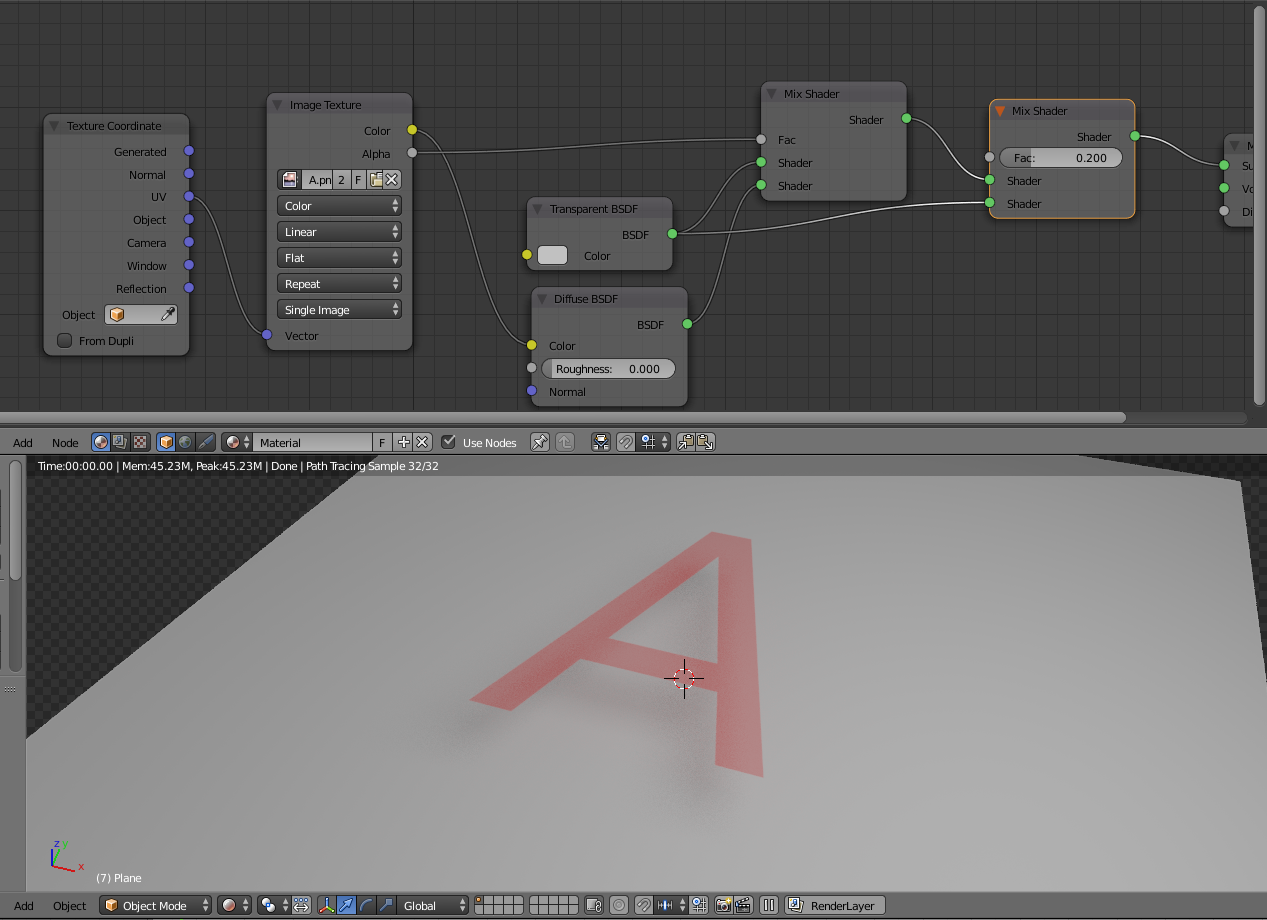 EDIT: optionally you can use ColorRamp, Bright Contrast, Gamma, RGB Curves to tweak values. Or you can use MixRGB and mix alpha channel with other grayscale color using different blending modes. 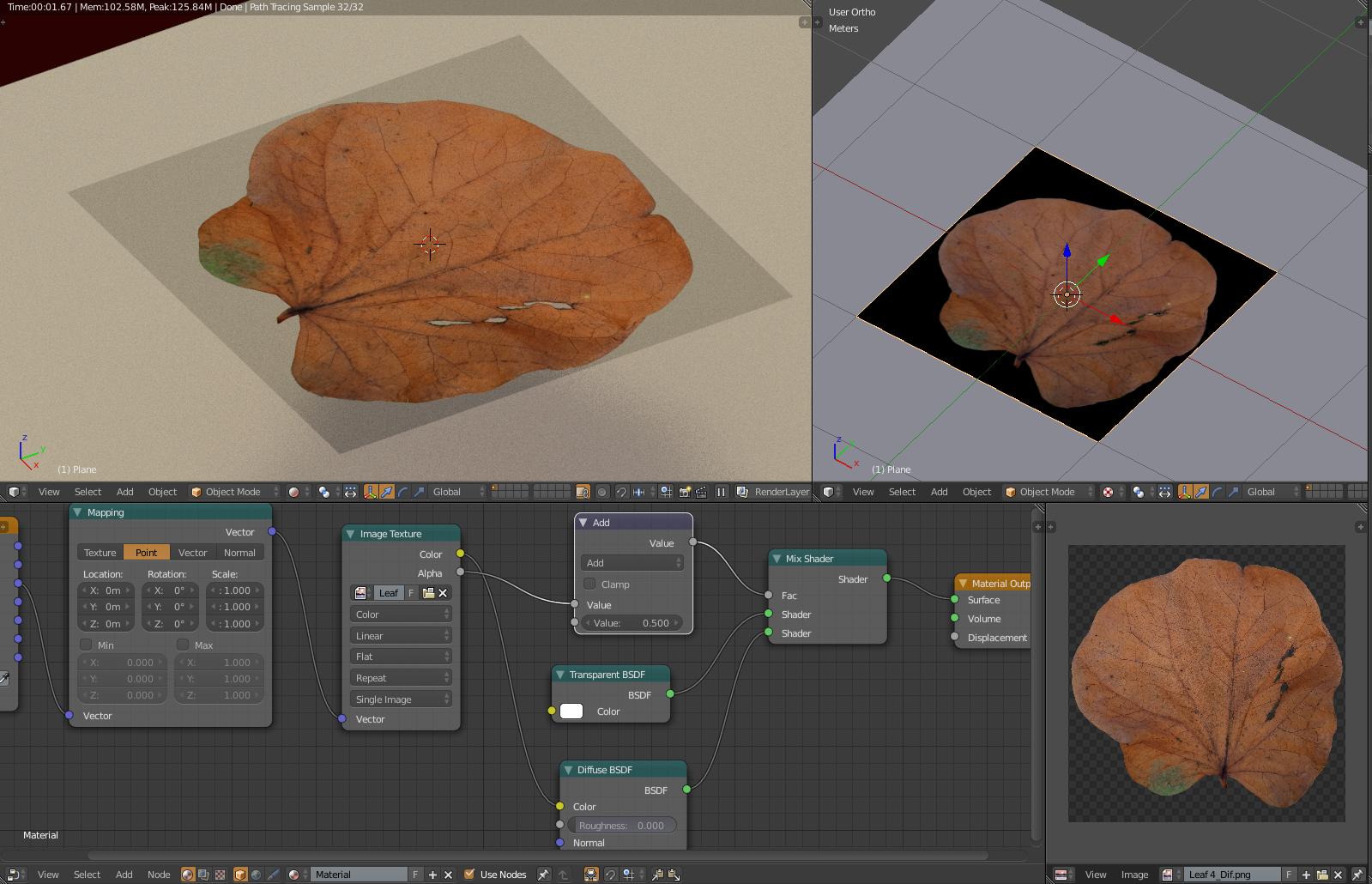 Not the answer you're looking for? Browse other questions tagged cycles-render-engine texturing nodes image or ask your own question.

0
why image is not transparent
1
Partially semi-transparent texture in Cycles
2
Using Cycles Render, how do I produce a material with a transparent section of the texture?
0
How to make semitransparency on an image plane of a 2D png in v2.8?