How to rotate a procedural material

I am faking sci-fi towers with windows on each floor by using a procedural texture, but I can't get it to be horizontal instead of vertical. 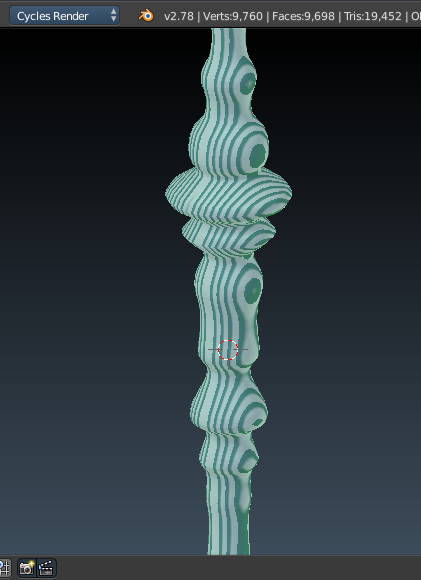 This is the node setup right now: 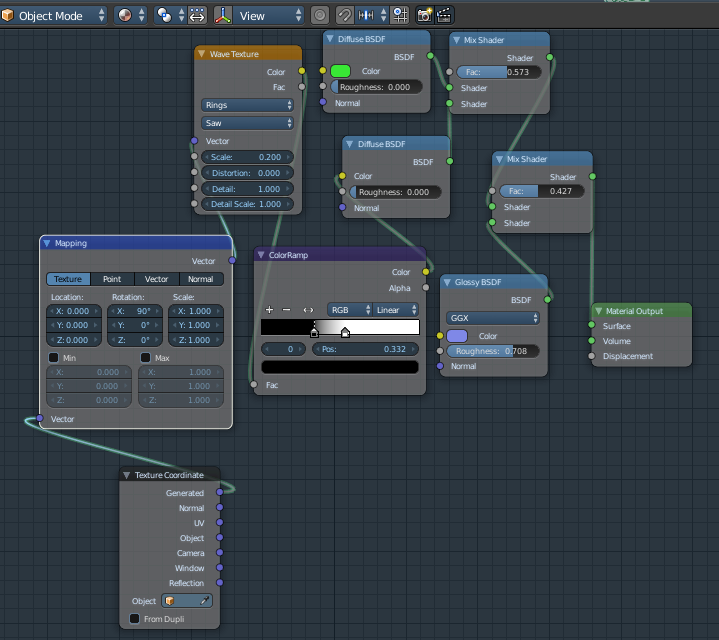 This question seems to be about the same thing but for one, I can't read the nodes (which is why I squished the node layout horizontally so all the print is visible in the screenshot), and two, my best stab at copying it doesn't seem to do anything.

So how do I rotate the stripes 90 degrees so they form neat horizontal bands around the axis of the tower? When I change the numbers in the Rotation column of the Mapping node, nothing happens.

There are several issues with your model that prevent proper results.

Here is my proposed node setup to achieve an identical result. Not sure exactly what you final result should look like, you may need to adjust the color ramp node to suit your liking. The Modulo node will control the tiling size.

I experimented with the Rotation values in the Mapping node and found that the bands are horizontal when Y rotation is 45d and X rotation is -35.26d .

-35.26 corresponds to arcsin( -1 / sqrt(3) ) which happens to correspond to the angle between the Z axis and the vector [1,1,1] . I suspect this is because the wave texture uses x+y+z as input into its wave function.

Not the answer you're looking for? Browse other questions tagged cycles-render-engine materials node-editor procedural or ask your own question.

1
How can you rotate a procedural material?