Why can I not use the Make Segments command on my Surface NURBS Curves?

I followed the tutorial on the Modeling/Surfaces/Skinning wiki page, and then I created a simple test. I created a Surface NURBS curve, made 3 copies with space between them, selected all, and hit F, but nothing happened. No error or any indication that F is supposed to do anything was displayed. I am new to Blender and am using version 2.70, so not sure what I am doing wrong. Any ideas?

After reading the tutorial, here are a few points you can check in your workflow:

Make sure you add a Surface NURB Curve, not any other kind of object. A "Surface" is different from a "Mesh" or a "Curve", as you can see here in the Add menu: 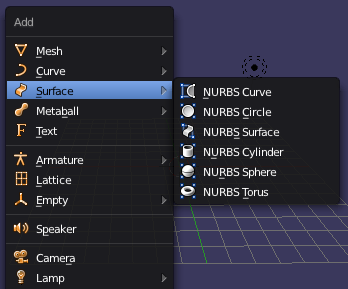 Notice there are other objects that have NURB or Curve in their name, but these are not what the tutorial is describing: 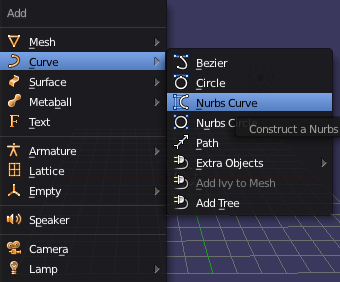 So, when adding a new object, go by the first level of names, as shown here:

After Adding the first Surface NURB Curve, you must be in Edit mode when you duplicate it
(SHIFTD), because the Make Segments command (F) will only work in Edit mode.

If you were not in Edit mode when you made the duplicates, each one would be it's own separate object and the F command would not work.

By duplicating the surfaces while in Edit mode, all of the duplicates are considered one object,
even if they are not connected (which they aren't until you use F)

After duplicating the Surfaces, stay in Edit mode, then select All with A, and then press F to Make Segments (connect them all together):

Just to explain the name of the command, when you use "Make Segments" (F), the "segments" that are made are the ones connecting the vertices together, shown here in yellow on the right: 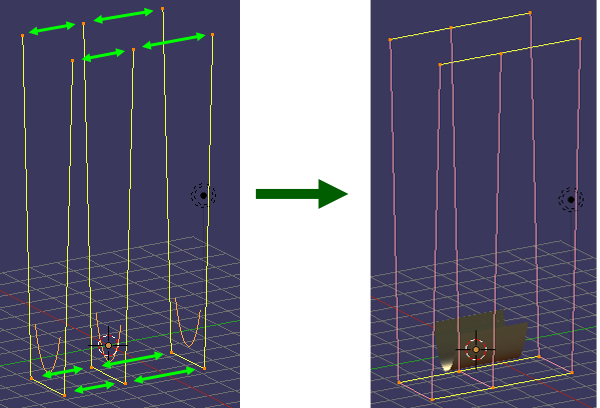 Not the answer you're looking for? Browse other questions tagged modeling nurbs-surface or ask your own question.

3
Surface cannot be created with nurbs curves by pressing F key
8
Create NURBS surface with Python
5
How do you loft between curves?

4
NURBS surface from branching curves?
5
How can I add control points to a NURBS surface
1
How can I subdivide a Surface NURB without affecting the shape?
3
how can I make a mesh from curves?
3
Can you use curves to make a pretzel?
2
Can we smooth selected faces to make curved surface more precise?
4
Why does cloth simulation not work on a NURBS sphere which has been converted to a mesh?