Why won't the location of the light affect the direction of the shadows?

So I'm new to blender, and I've been working on a project with a tutorial. (some of you might know this)

I was going through quite smoothly until I noticed that no matter where I place my light, the rendered version appears the same. (directly above the objects) I tried different types of lighting, different brightnesses, (light is currently at around 4.000 brightness) nothing works. But if I delete the light, it becomes dark and grainy. (I checked on the side bar, there are no other light sources or objects..)

Even if I put the light source under my objects, the rendered version appears the same.

Am I doing something wrong? Why can't I change the direction of the light? 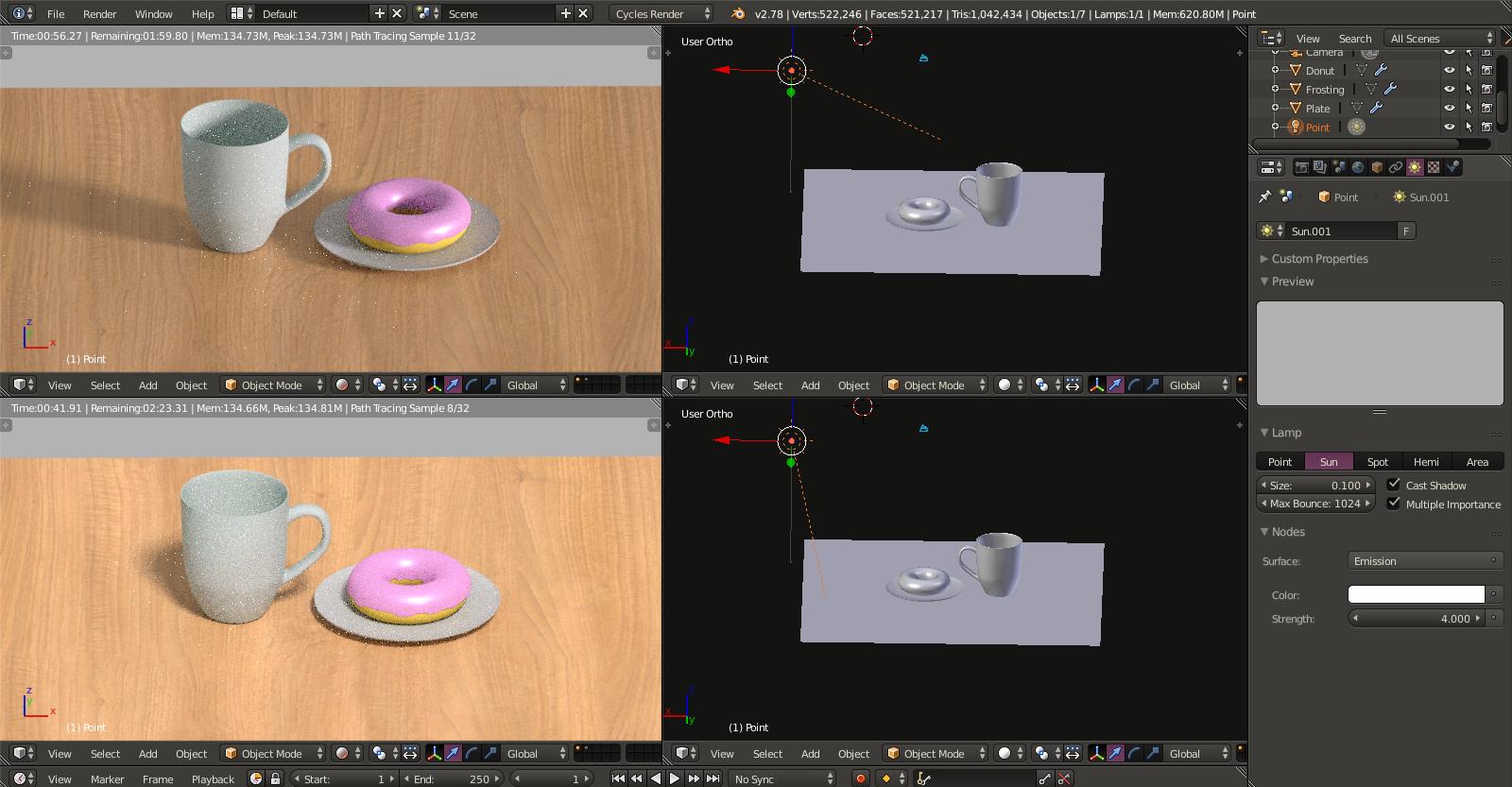 I tried changing the light types, but they all do nothing (except for Sun, of course, and Hemi, which is interpreted as Sun for some reason) The brightness is set on 4.200, color set to white, shadows enabled, etc. But it still won't do anything. As you can see, nothing appears in the preview.

EDIT: I found that by rotating the sun to point where I want it to, it works almost like normal point lighting (sorta). This pretty much solves my problem, but still, why won't the other lighting modes work?

Your lighting source is probably set to "Sun". The sun lamp is meant to emulate a distant light source and therefore, placement is not critical. In fact, you could place it anywhere and it would have the same effect. The only things that produce an observable change are the rotation, the intensity/color, and the size.

There are other types of lamps (point, spot) that would work for this scene and you could always try a mesh emission source. All of these are detailed on this forum. 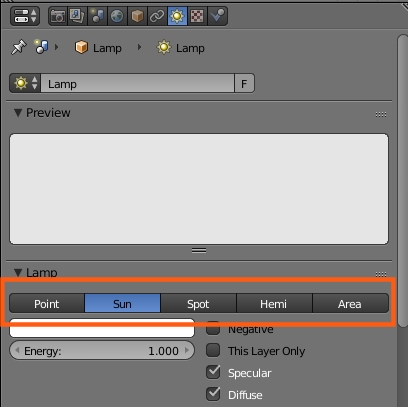 EDIT: In response to your answer and comment: it is the answer to why your lighting doesn't change no matter where you place the lamp. The answer is because you have it set to Sun. I said that rotation is one of the only things you can change about the sun. Position does nothing.

The reason you're not seeing the lamps is because you aren't choosing the right intensity. The lamp themselves work perfectly:

1
Ray shadows are not correct

3
black objects when rendering scene (BI)
0
Why does my render quality decrease when I open my file in an older version, then bring it back to the current version?
0
How to render objects with the same color for all sides of the object?
0
Lights not working