Yet another smoothing question - still too many facets

This may be a subject that is over-hashed, but I can't seem to get this nailed on a particular model I'm doing which as a some rather complex curves in it. A rather silly thing (that I can't get it right), but, there it is. Maybe I've over-thunk it.

Caveat: still quite the Blender noob.

I simply can't get rid of the faceting that occurs with this particular piece.

I built the triskele's using bezier curves which I then changed to a mesh in order to build the solid. I'm not too familiar with the bezier functions and whether then can be used (in this case) to make the proper solid (I've saved them so can revert to them).

The ring & triangle are also bezier parts (the triangle made via the cutouts), and also converted to a mesh. 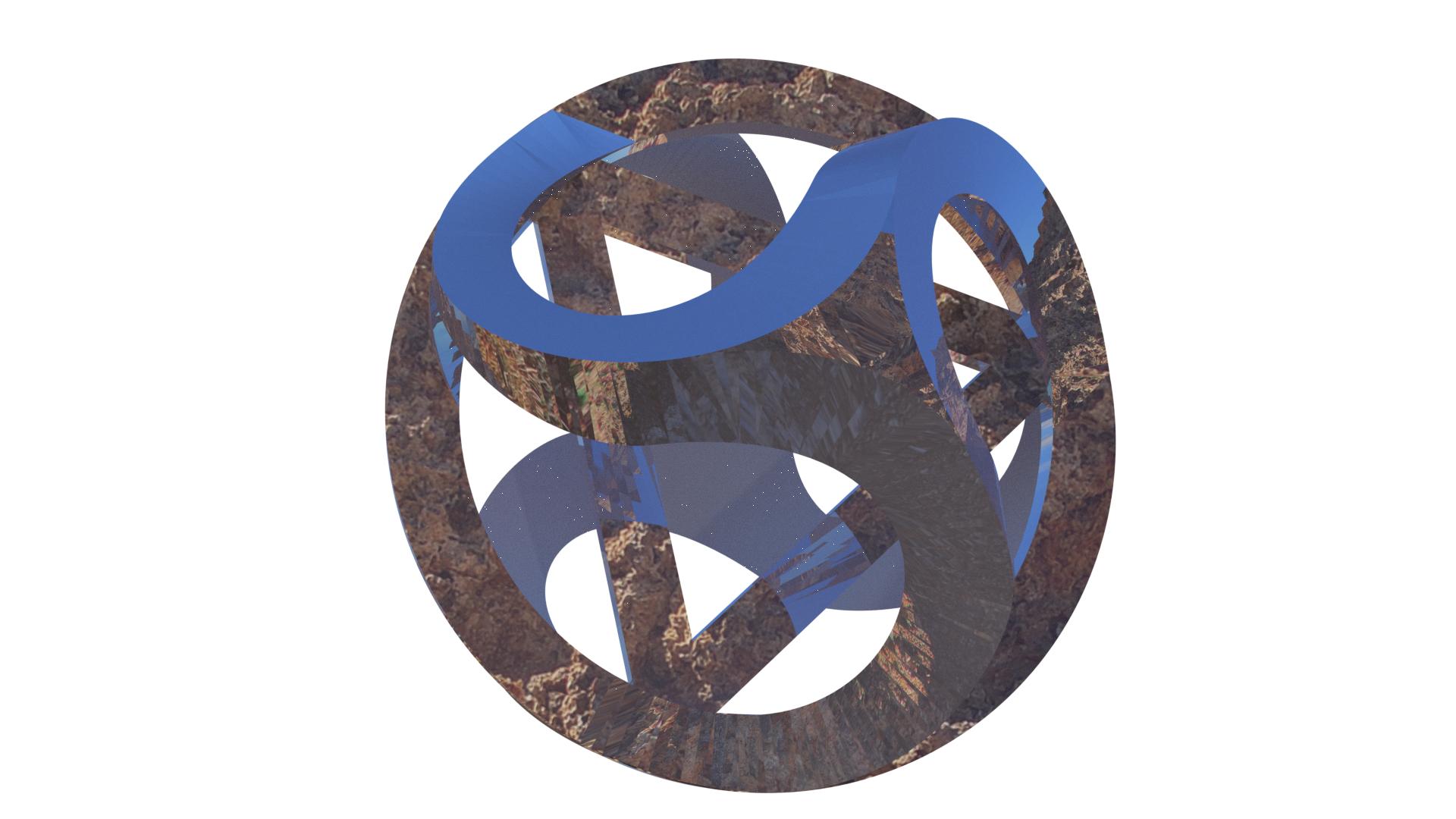 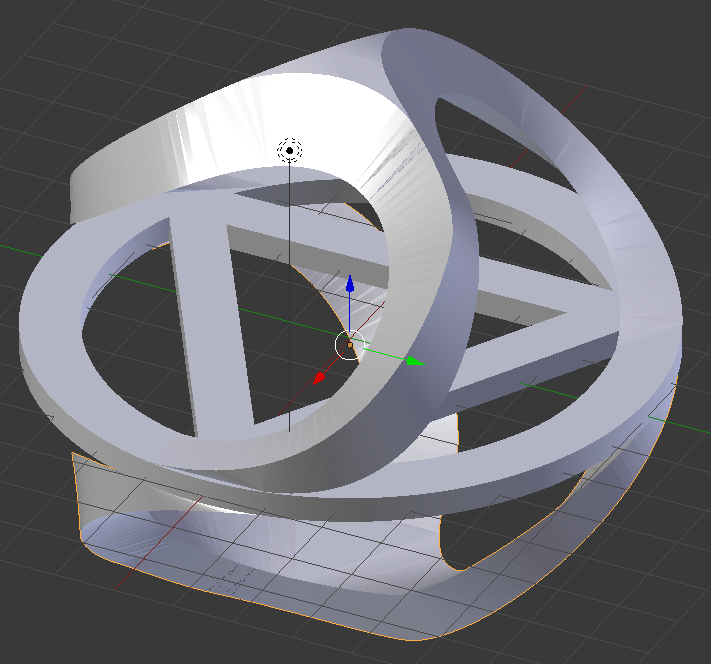 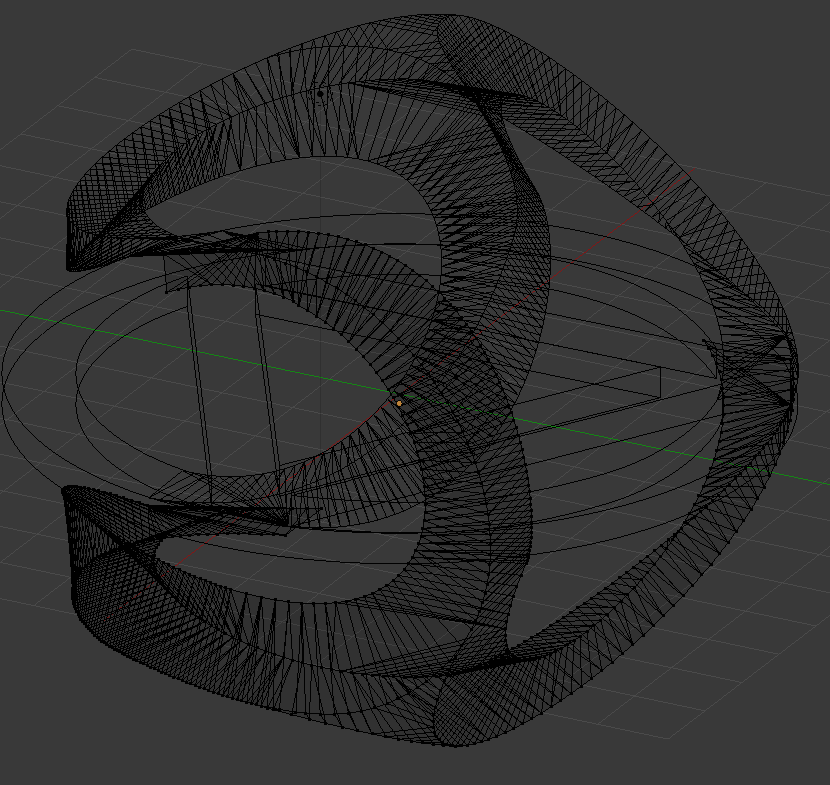 Here's some further things to try:

Autosmooth checkbox under Object Data (right above vertex groups.) This will make edges Sharp based on the specified angle. It is the same effect as Edgesplit, but doesn't actually split your edges.

Use a small amount of of Decimate set to Collapse to merge together nearby points, and/or Planar to fix overlapping faces.

Convert to mesh so that you can properly mark edges with Crease (to control subsurf) or Sharp (to control edge sharpness.)

Use the Intersect (Boolean) command under the Faces menu in edit mode to resolve intersections. Note that this will create some dirty topology that will need to be cleaned up by hand, or with small amounts of Decimate as mentioned above.

Not the answer you're looking for? Browse other questions tagged mesh faces edges subdivision-surface or ask your own question.

6
Make duplicates real produces too many objects
0
Subdivide doesn't work on face after subdividing and smoothing vertex on another face of mesh
0
How can I use the Displace Modifier in a way that allows me to raise an artwork at one spot and recess it on another?
4
Rounded corners - but not as you know them - messing up the mesh for sub-division surface (Piano key)
1
Question about smoothing issues to the model