Topology for a disk with circular holes?

I'm trying to create the center body of a grinder. I always start of with a cylinder and tried variations of high-low vertices/different fill types in different attempts at the beginning to star off right.

Above the body, Ive already created the hole (2 sets/rows) and spike arrangement using array and curve modifiers. But it seems that no matter how many edge loops or subdivisions and variations of such I try on the actual body of the grinder, every time I intersect everything using Boolean, 1 at a time, the center always distorts making a subdivision modifier act crazy and not creating the holes properly with or without the submod.

Since this is gonna be printed out, I need to make sure that based off what all tutorials have told me and info I've read here, that the topology is precise for best printing results. I don't know what else to try. I really wanted to get this "on my own" and so I couldn't find any more helpful youtube videos so here I am.

I should mention that at this point, Ive erased the body and am ready to start from zero creating it if someone can guide me and explain why it has to be created such way. I really want to get good at this. I'm super impressed with some of the things people have been able to create with Blender. The type of images that you know are real until they show you the wireframe version. 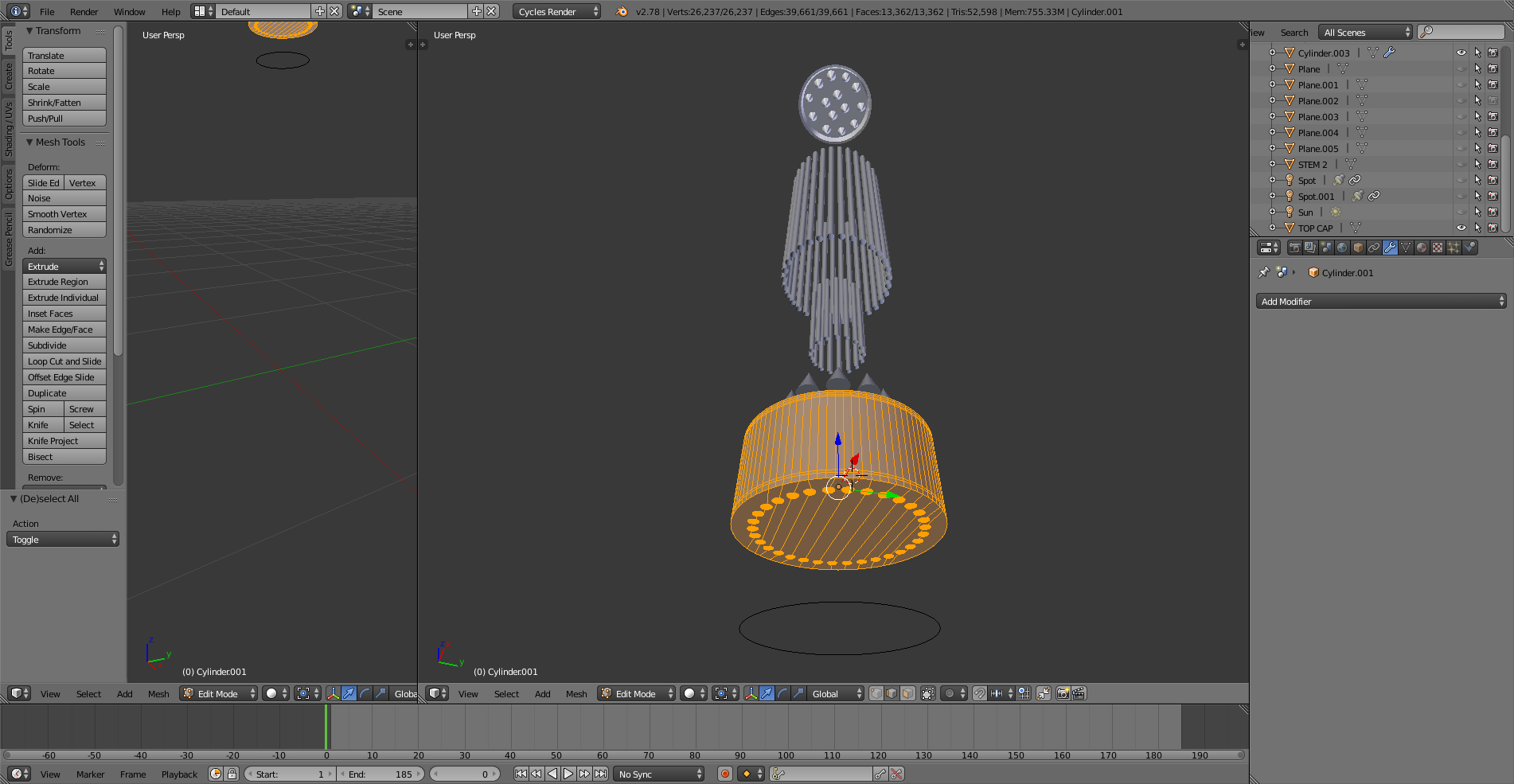 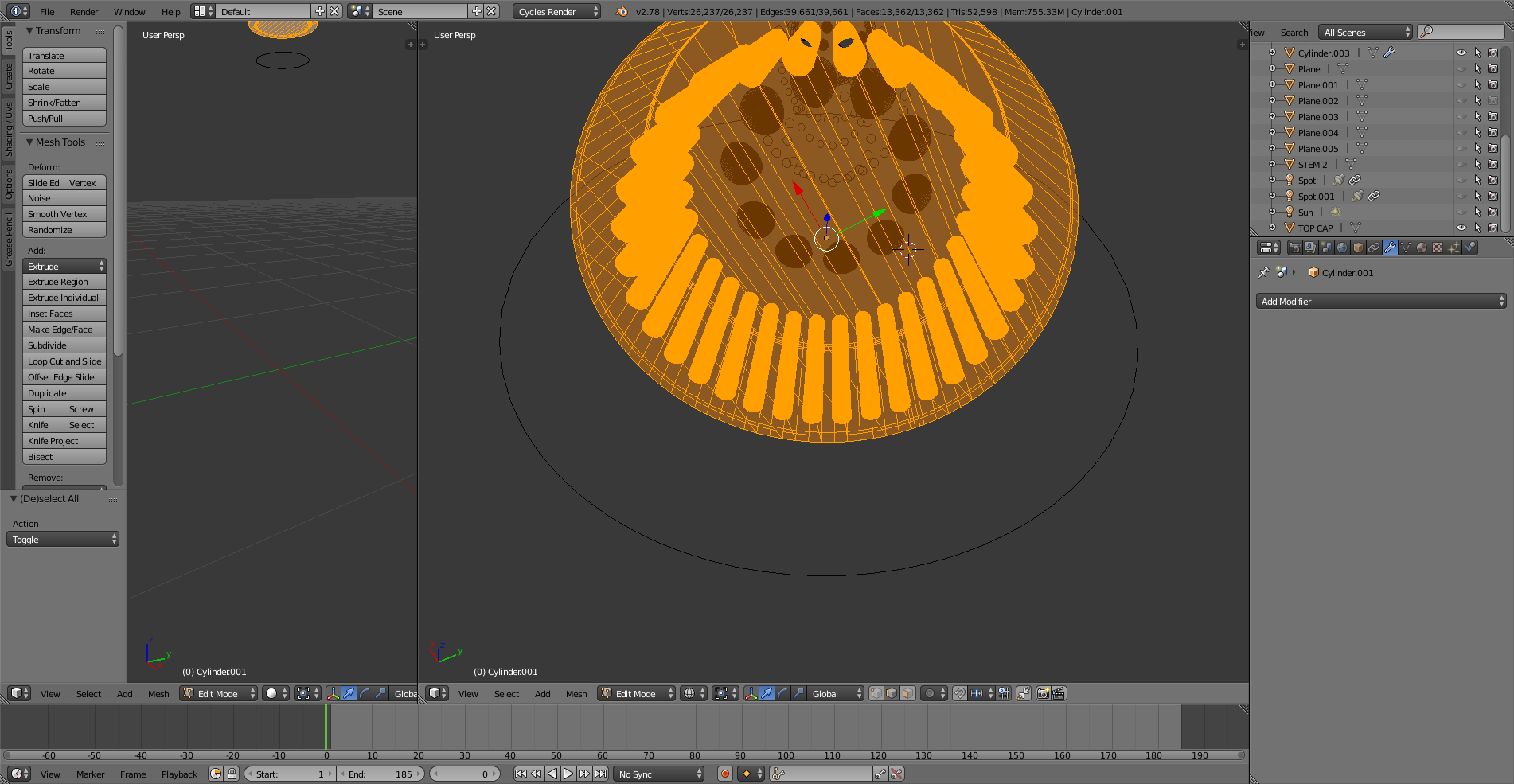 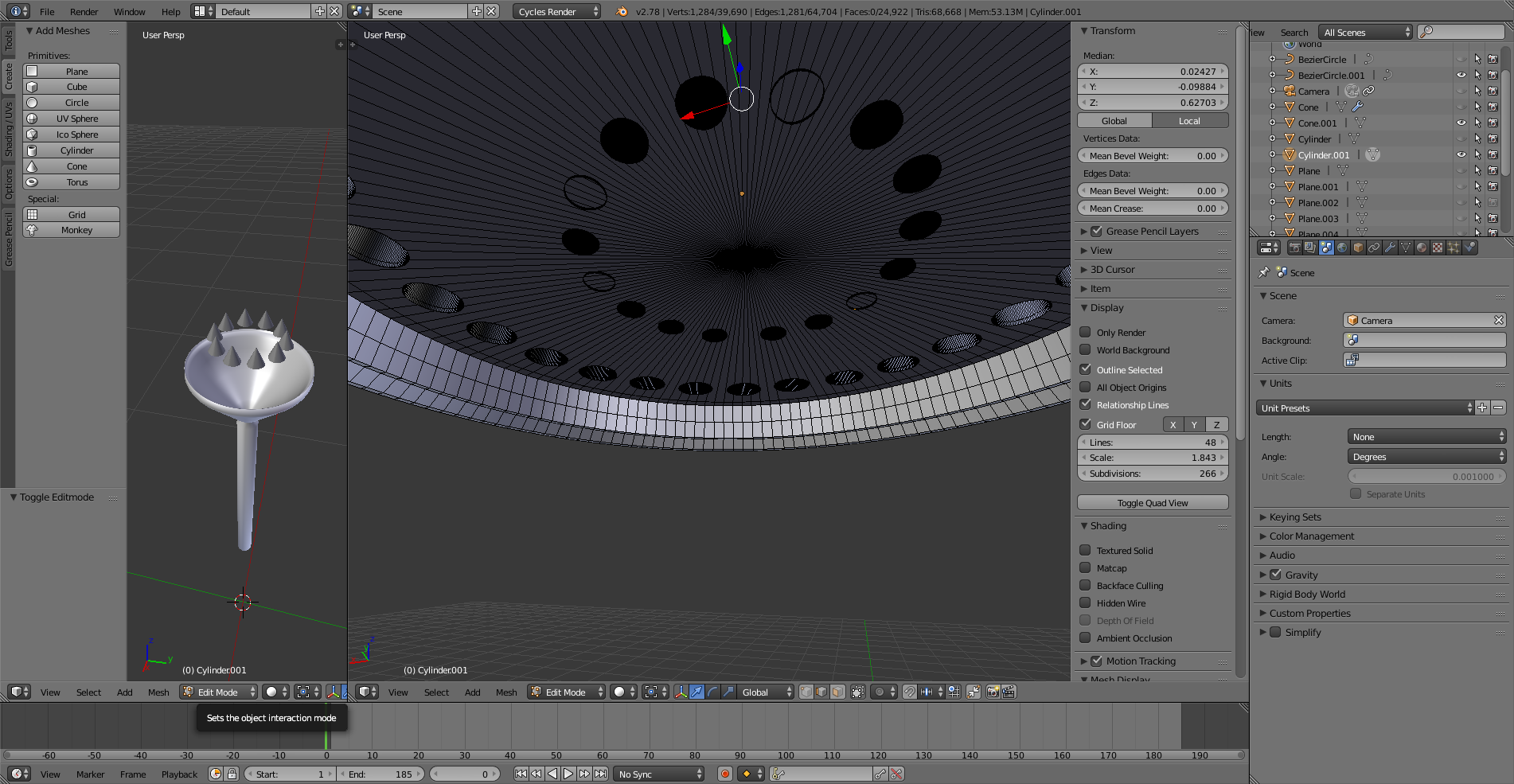 Out of all the times I made and remade the body, I managed to get one variation that I used in a video to be able to show my idea. This model didn't have the holes in the middle, because as soon as I added them, the submod went crazy. https://www.youtube.com/watch?v=_6CewS_i8Yo While those black shadow areas do look interesting, they're not a result of my modeling but of the submodifiers effect. Not sure if actual size of the objects to be printed out matters in the specs but heres the idea. So it is the topology? Whats the best strategy to begin building it correctly? Empty cylinder and extremely extrude from there? 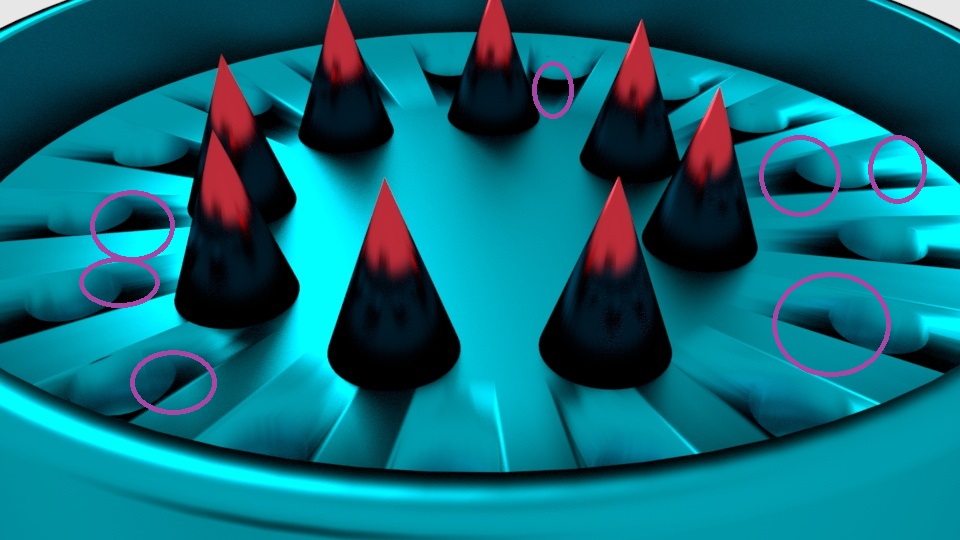 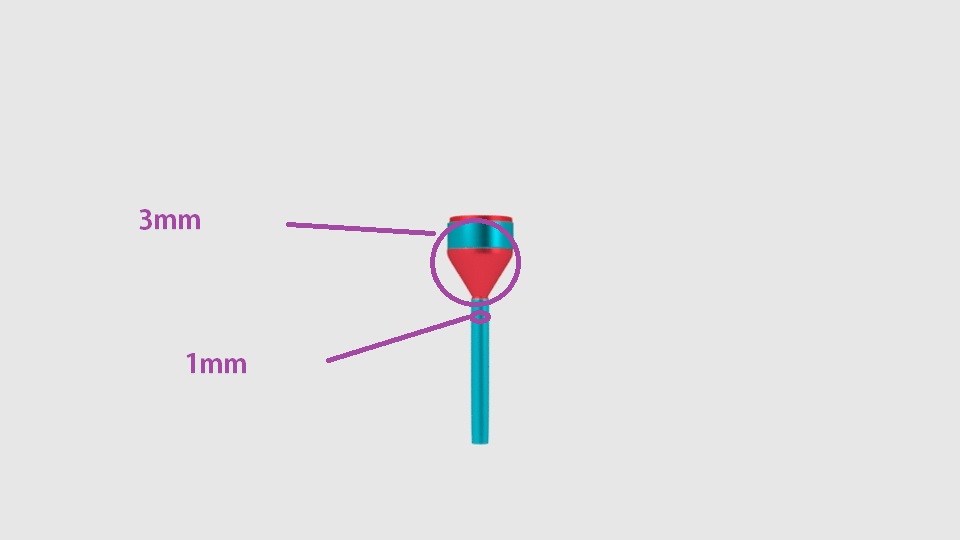 As was already recommended in the comments, don't use booleans, they are a beginners trap. They can be extremely useful but they are also dangerous. Until you understand how edge flow, tensions and general topology work I'd advise to stay completely clear of them.

The "perfect topology" doesn't exist, what you can make is clean topology, clean topology is made of mostly quads (four sided polygons) of very similar edge length, there are other rules and guidelines, but as long as you adhere to those two points you will be in the clear for the most part.

Have a look at the site Duarte linked: Topology it has a lot of very good examples.

This object as far as I understand has 16 holes and 8 spikes, so you can make just an 8th of the full spin and then instance it around a circle using the array modifier and an empty.

Create a piece matching the "period" of your full model, in this case this is dictated by the spikes, there are 8 spikes, so you need to pick a 45° section and model it: 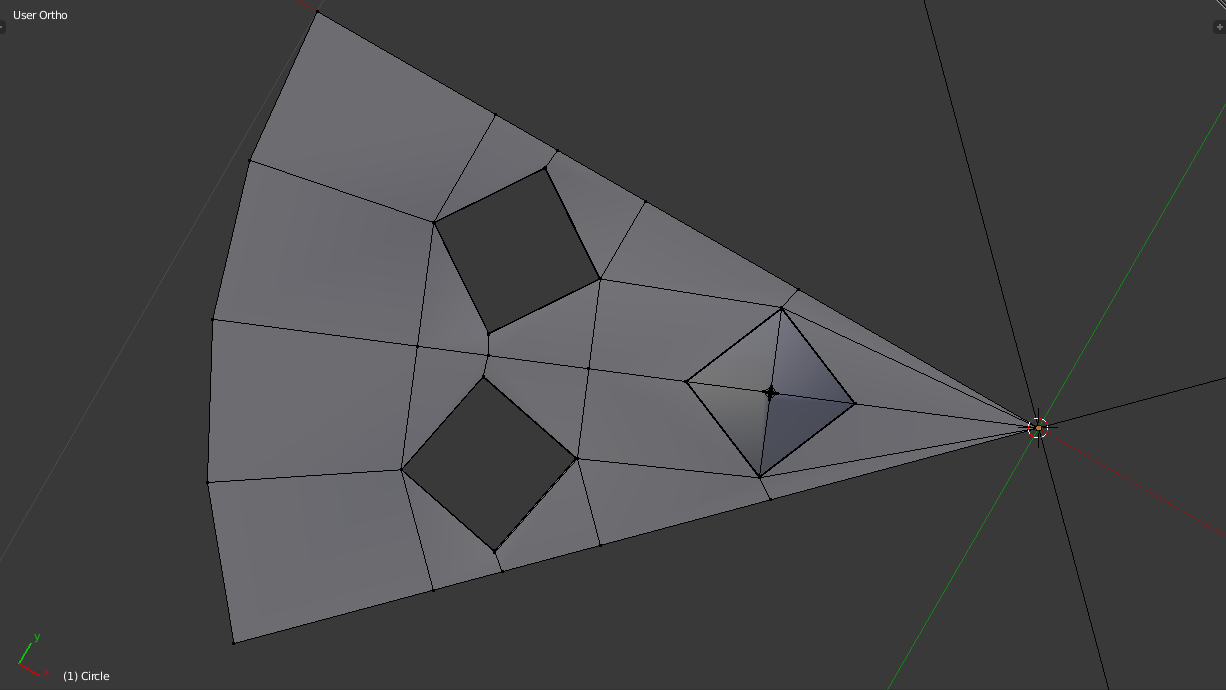 I'm using looptools to make sure my square holes are perfectly square, you can do something similar without enabling looptools by using spherify, ALT+SHIFT+S.

This is how it looks with Subsurf: 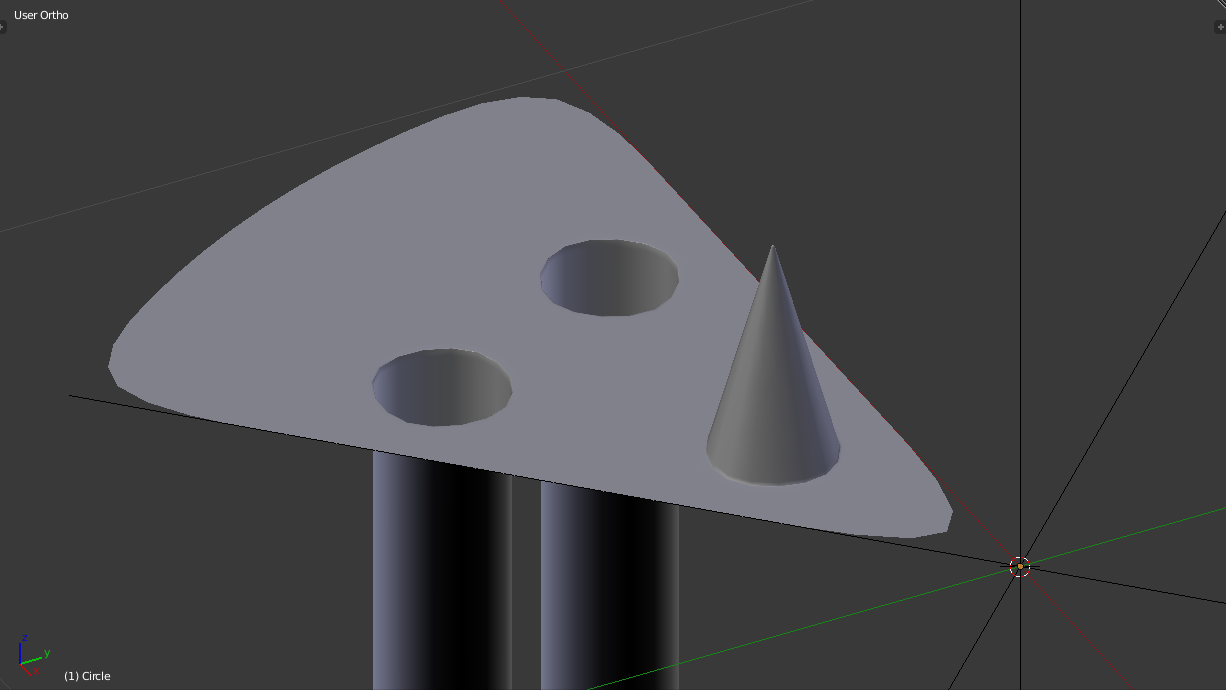 Finally you use an empty and an array modifier to copy the piece and rotate it around its origin:

Hope this helps, I'd advise starting over and keeping the un subdivided mesh fairly simple.

Not the answer you're looking for? Browse other questions tagged modifiers 3d-printing subdivision-surface or ask your own question.

8
How can I make holes on a wrist strap?
4
Smooth shading / Sub Surface / Distorted render