How best to render a 3D grid? 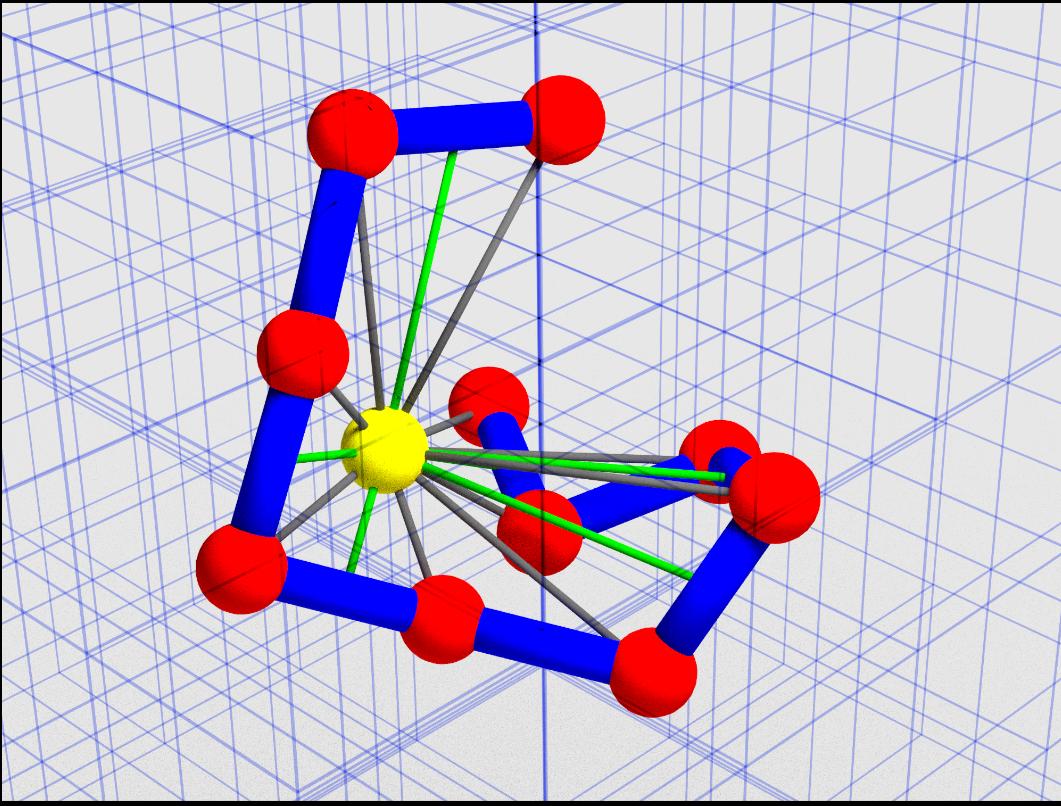 Hello I am new to Blender. I created a 3d grid using cylinders but it does not look nice. The grid lines are not regularly spaced. Can anyone tell me how to make it look better?

You can see the blend file here. http://www.imsc.res.in/~aagrawal/Schematic2.blend

Another way to create a 3d grid could be to use a simple basic cube:

At least you can play easily with modifiers until satisfied...

I'll try to explain (as I got it) what Mentalist suggested in comments: you can avoid the wireframe modifier, using a "wire" material, which allows to save a lot of geometry at the expenses of... geometry, ie: material wireframe width is not adjustable but also in this way you save so many vertices.

I'll also add the option to use a different base shape (a "3d cross" instead of a cube) to save quite more (unneeded) vertices, because using cube and arrays, all cubes share all their vertices... with the "3d cross" this is slightly better. 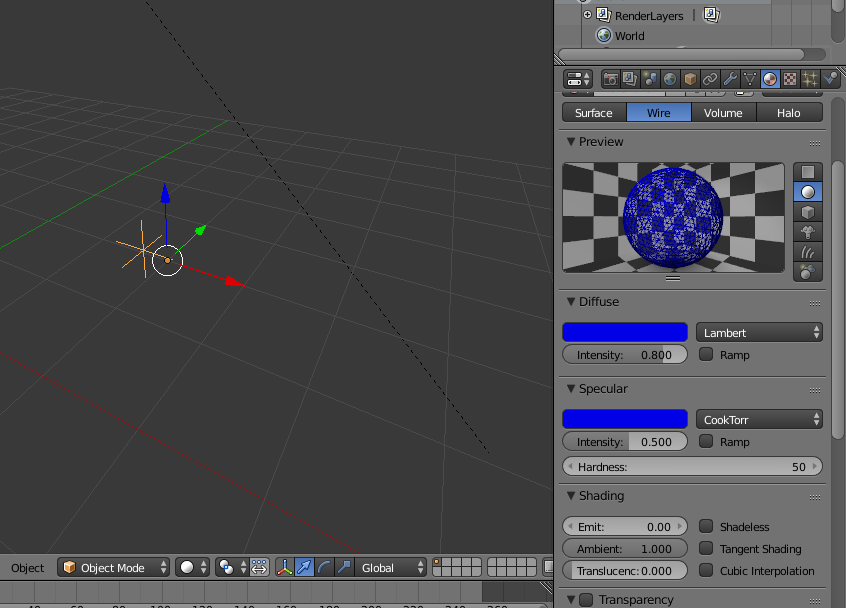 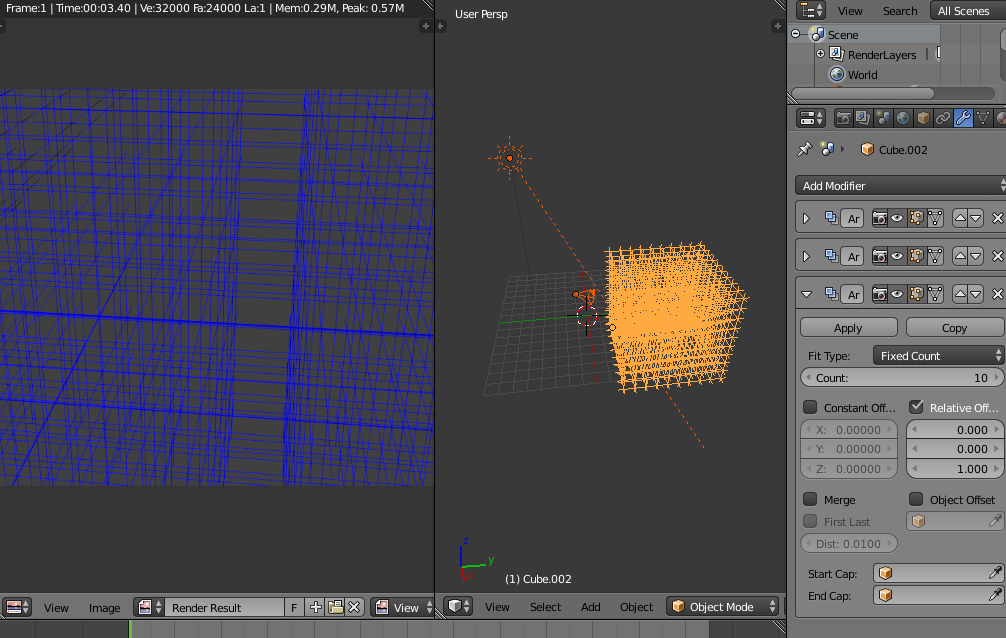 m.ardito's answer gives good suggestions about the modeling of the grid itself.

If, as I understand, you're less concerned about its modeling but more about the appearance, you may then want to tweak your camera settings in order to give a better understanding of the grid's shape and optical depth.

Indeed, any finite grid, if seen through a perspective camera, won't appear as equally spaced lines, which is the kind of appearance that you say you'd expect.

Try one of the following:

To obtain equally spaced lines, I can only suggest to switch your camera from perspective to ortographic.

(Select the camera, go to the object data settings, choose Orthographic, adjust the Orthographic scale and the position of your camera as you like)

or 2) perception of optical depth

Otherwise, you can keep your perspective camera and add some focus blur to highlight the different depth of each grid line.

(Select the camera, go to the object data settings, set your central object (sphere.010 in your case) as the focus point, set a radius and adjust the position of your camera as you like)

This one uses a radius of 0.4 and an Emission shader with a dark blue color for the grid lines, instead of a transparent shader. 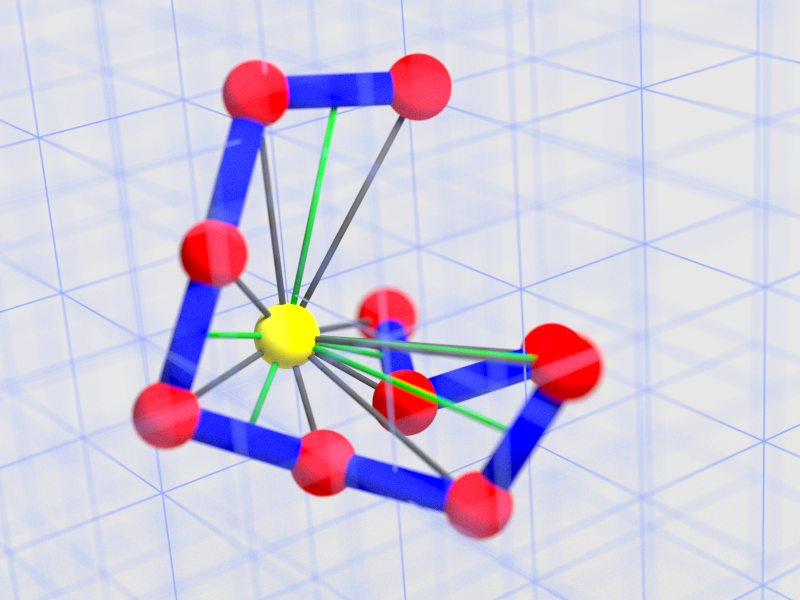 8
How can I create a cylinder linking two points with Python?
0
How can I make a glowing material?

0
How to make a tetrahedron solid and grid?
2
Strange Lines Appearing In Object View Wireframe Mode
0
best method to model a roofcorner
1
big landscape and grid settings
0
How do I give my drawers more detail?
0
How can I make a hexa grid follow a curvy shape without it being deformed?
3
How to get rid of purple lines-crease on an object?
3
How to make a primitive cylinder form a regular punctured sphere?