Rendering a set diamond in cycles

I have been trying to render a diamond. I successfully managed plain stones. But when try working on diamonds set in metal, the effect disappears. 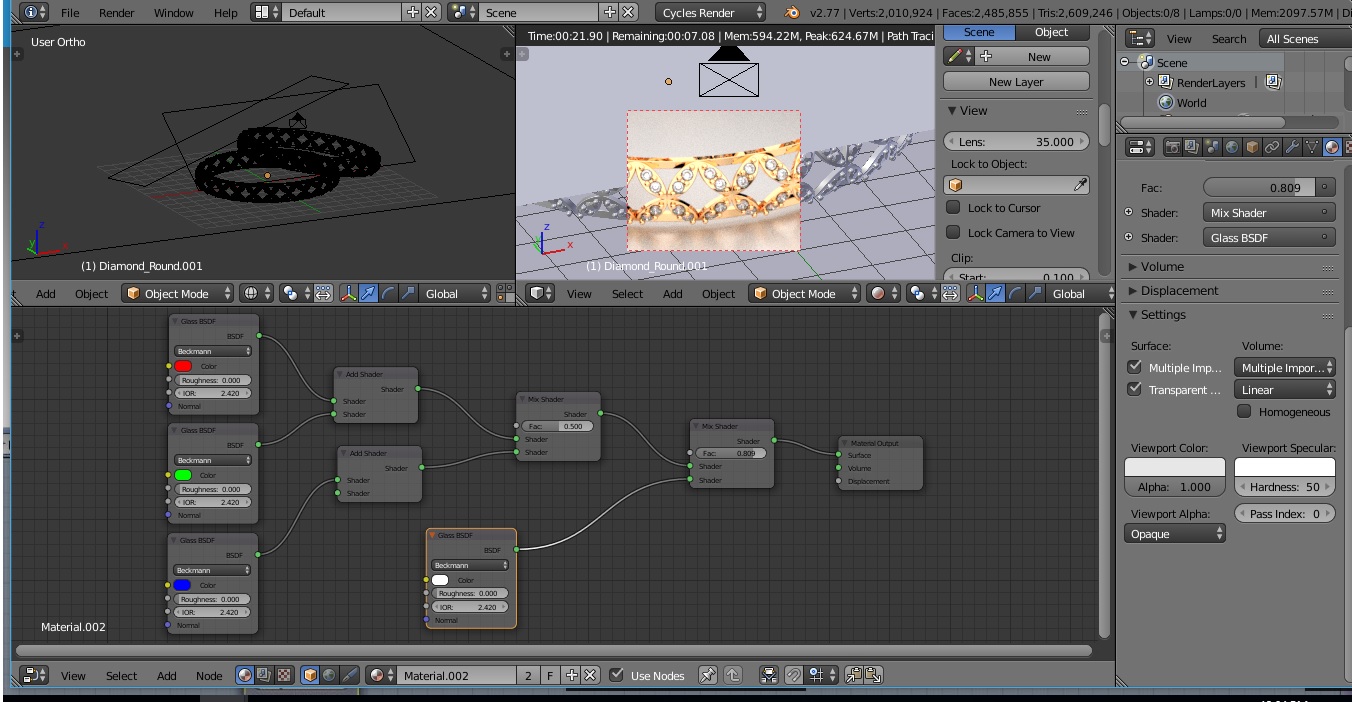 This is the image I get without metal. 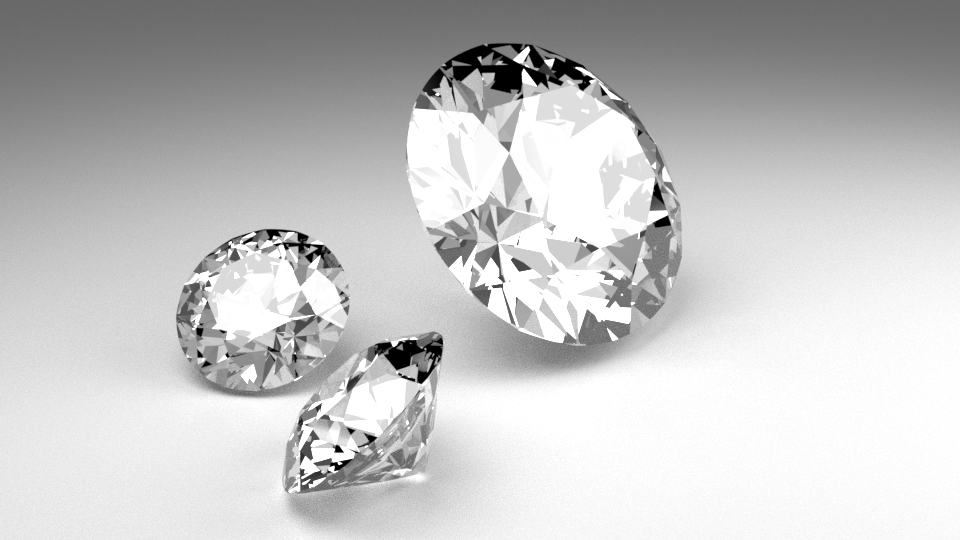 Although you didn't specify what the "effect" is that's disappearing, I can tell from your node setup that the pseudo-refraction effect is only going to give you multi-colored noise: 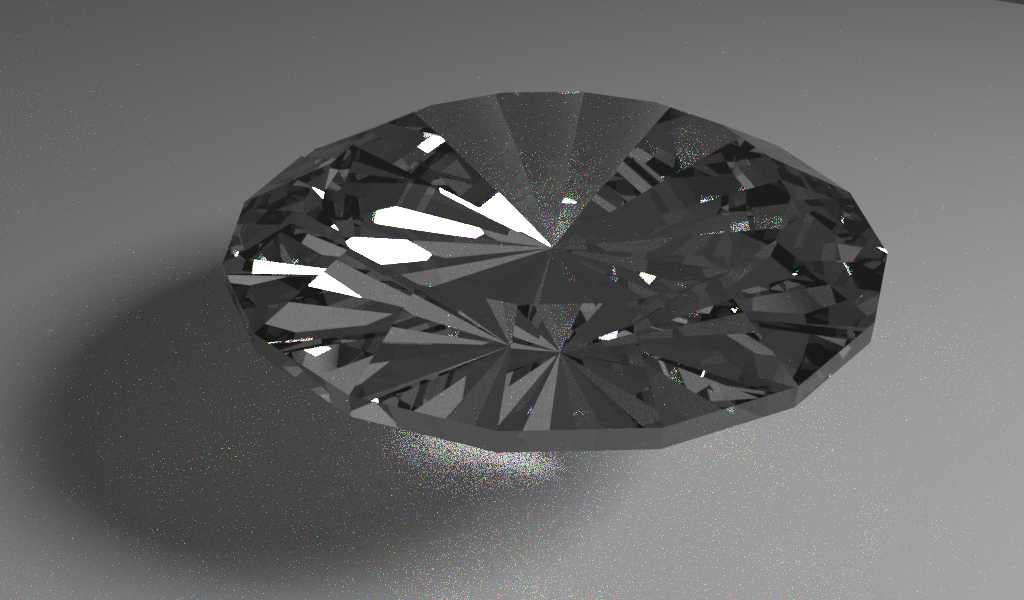 This is because in real life, different wavelengths have different refraction indices. When you change the IOR's on the different shaders and remove that extra Add Shader node, you can begin to see the colors: 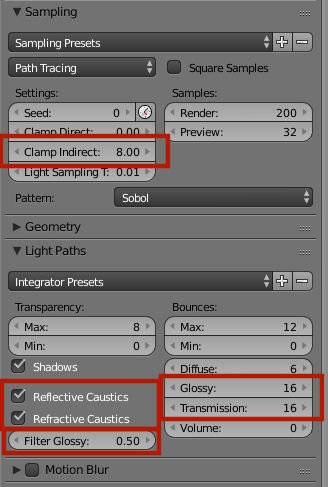 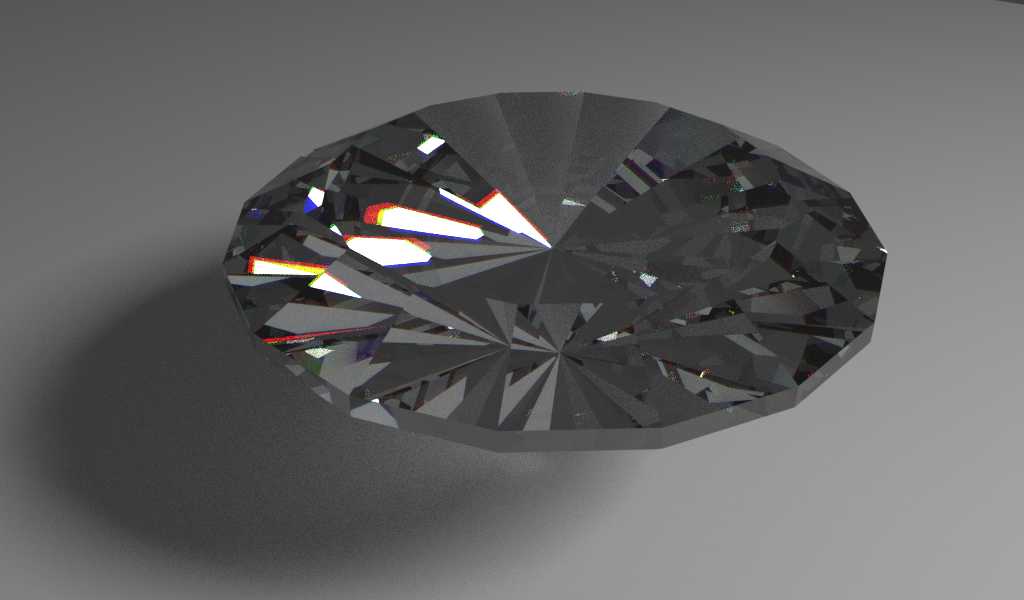 EDIT: Also, if you're really interested in accurate light refraction, Cycles is not the engine you should be using. For a free engine that can interface with Blender and accurately model caustics, look at Luxrender [ http://www.luxrender.net/en_GB/blender_2_5 ] which has unbiased rendering capability. This is one I rendered with Luxrender: 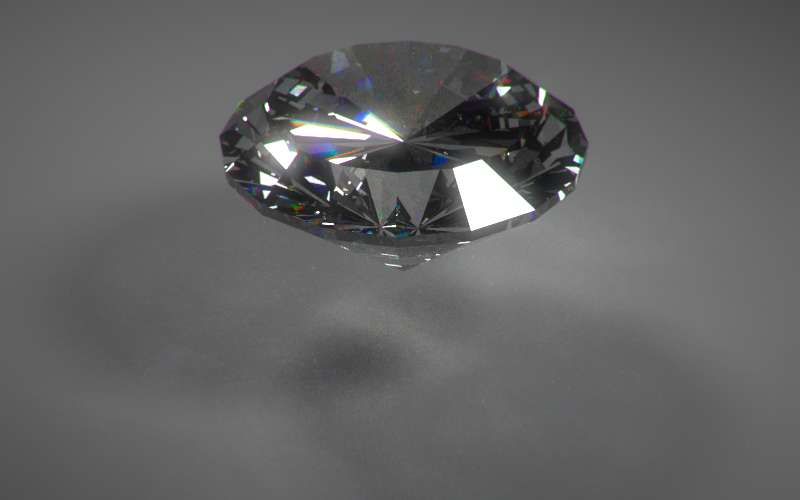 EDIT 2: I think it depends more on your lighting than on the setting. It will naturally be darker because of the shadows being cast, but you should still be able to get refraction shimmer. I just added a simple, enclosed metal container and used the setup above: 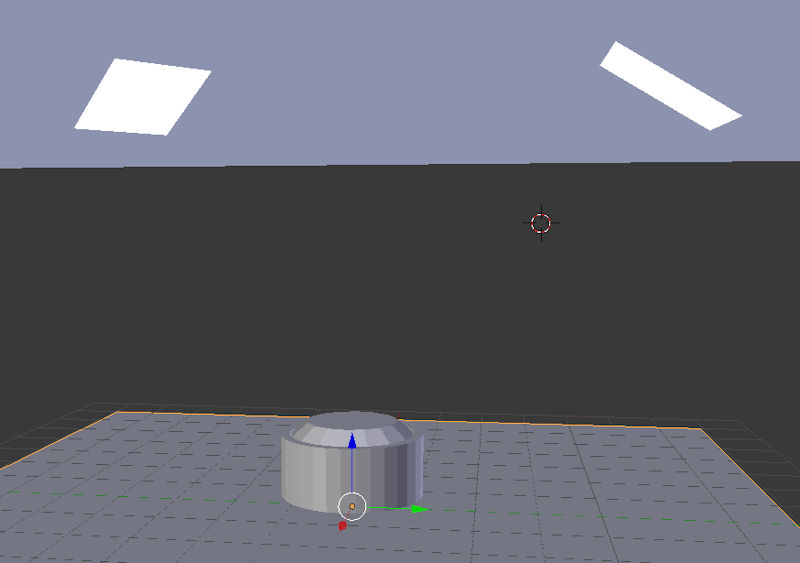 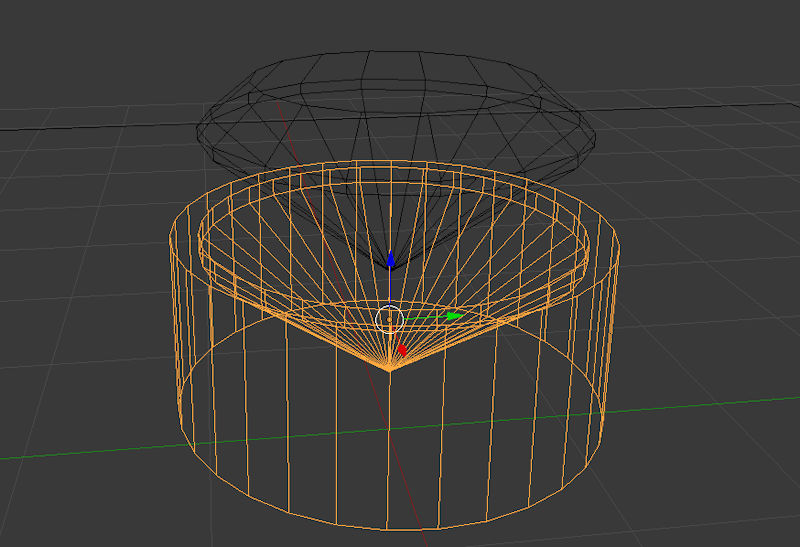 1
Problems with rendering grass that is created by the strand renderer in cycles
4
Movie set as image texture not playing in cycles?
0
Cycles Render: Light reflections black in render
0
Trouble with .FBX importing/rendering