Blender error: out of memory

I have never used Blender, so I'm totally new to the software, but today a friend of mine asked me to use my computer to render a picture for him since he doesn't have a powerful PC. So he gave me the file and told me what to do: For both the two star-shaped bushes and the small ball-shaped bushes, I had to:

1)Select the object with the right click of the mouse 2)Click on the icon with the stars (the particle system) 3)Click on Display modifier in the viewport 4)In Emission, increase the number up to 100k

Then, I had to set a resolution of 6000 on x-axis and 4080 on the y-axis and start the render. The resolution must be so high because the picture is going to be printed on 6mx4m rollups.

My PC's specs are:

Every time I try to render, I'm getting the "out of memory error" before the render even starts (I get it when it starts to apply textures, I think, but I'm not sure). I would like to know if there is anything I can do (is my PC not good enough or is a picture problem?). I will attach a screenshot of the image (the original is 3,9 GB and when I open it, 11GB of ram are used). If you need more information about the picture tell me where to find them and I will report them. I also tried to render with my GPU but I get the same error even if both AIDA64 and GPU-Z tells me that only 2GB of GDDR is being used. 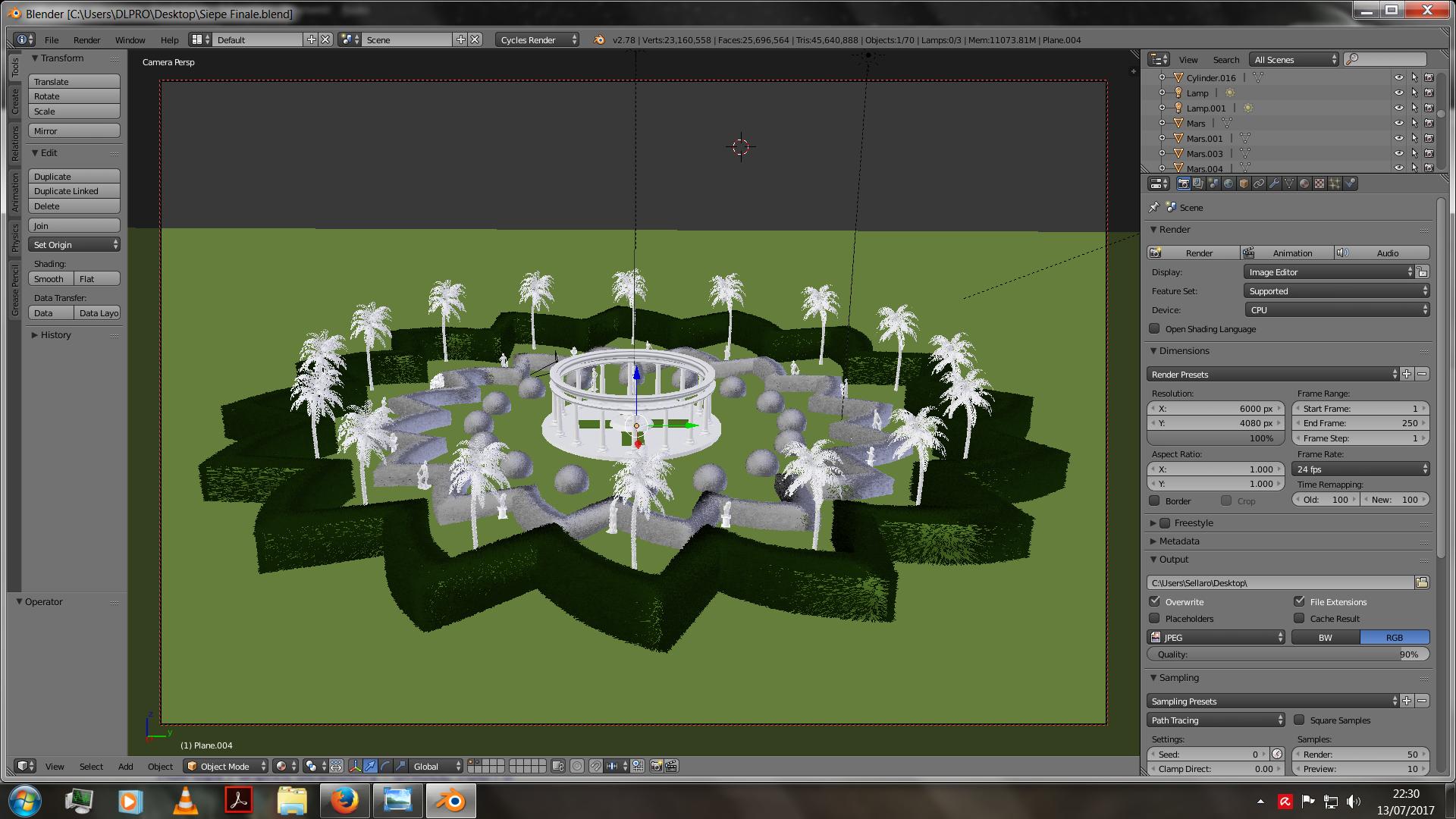 Only 25 million faces and lots of particles in 6k resolution... why would you be running out of memory?

As pointed out in the comments you have no RAM left in your system.

Working in 3D is very easy to create situations where your scene is much greater than the resources on your computer.

You really need to reassess where you need to optimize. The trick is to think of where it is that you need great detail and where you can get away with less. The art of 3D is part precision but is mostly optimization.

Not every strand of grass in the distance has to be a particle, The ones you don't see don't have to exist, the statues don't have to be as detailed if they are going to be so small, etc.

When Rendering on GPU you have even less resources than when you render on CPU, so it is unlikely that you will be able to use it to render such an ambitious projecet.

You need to slice the project in different layers that your computer can handle and composite later.

Here's a link that details how to do this: https://www.blenderguru.com/articles/how-to-render-a-complex-scene-without-crashing

Not the answer you're looking for? Browse other questions tagged rendering cycles-render-engine gpu error memory-management or ask your own question.

0
How to prevent Blender from crashing when running out of memory?