and the current frame.

The objects I want the trail to be rendered of are markers on a human body (like, little red dots, i.e. spheres with a 100% emissive red material, on the shoulder, elbow, hand of a humanoid figure)

The reason that I want the animation being rendered as a trail of the markers is that I want to use the image in a printed technical documentation that describes a particular motion. For obvious reasons an actual animation is not possible in this case.

I would like to avoid post-composition of multiple frames by hand.

Is this possible in blender? Can it be automated? How?

It is possible by using Animation nodes.

Here is a setup for duplicating and distributing objects on every frame: 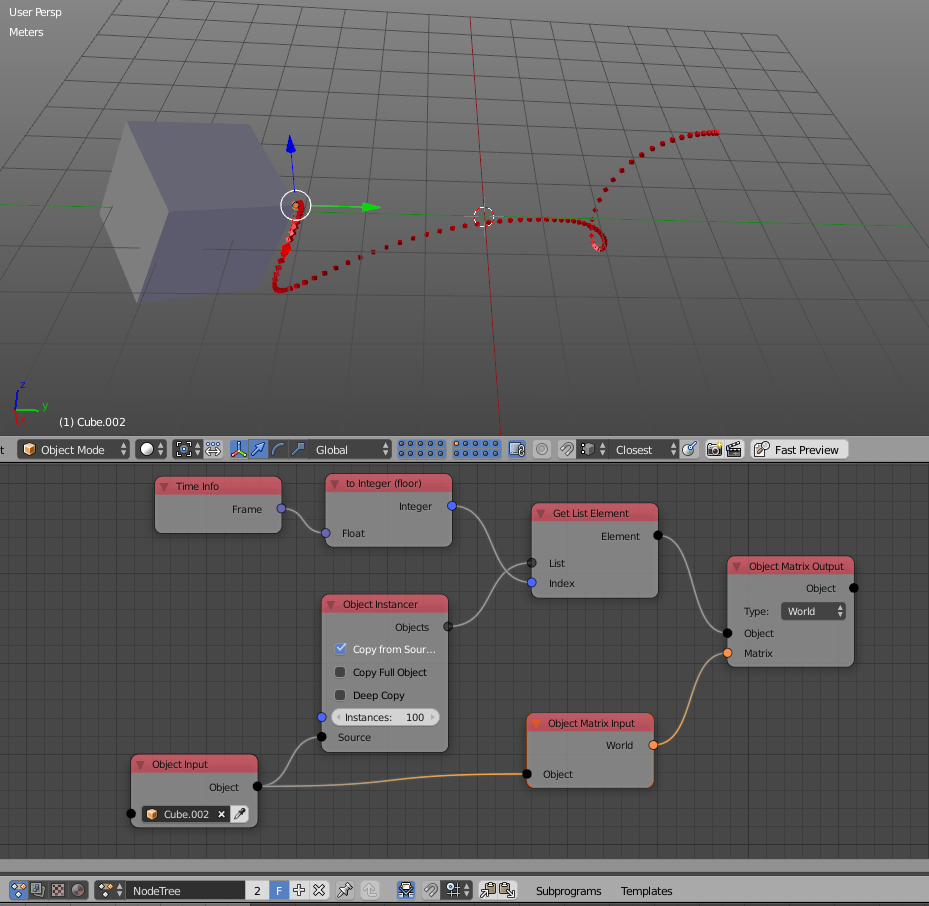 there are multiple markers that I would like to render the trails of. Furthermore it seems impossible to set a maximum lengh of how far the trail goes into the past.

For more control nodes are more complex. This node-setup gets objects from group and arranges markers between selected frames: 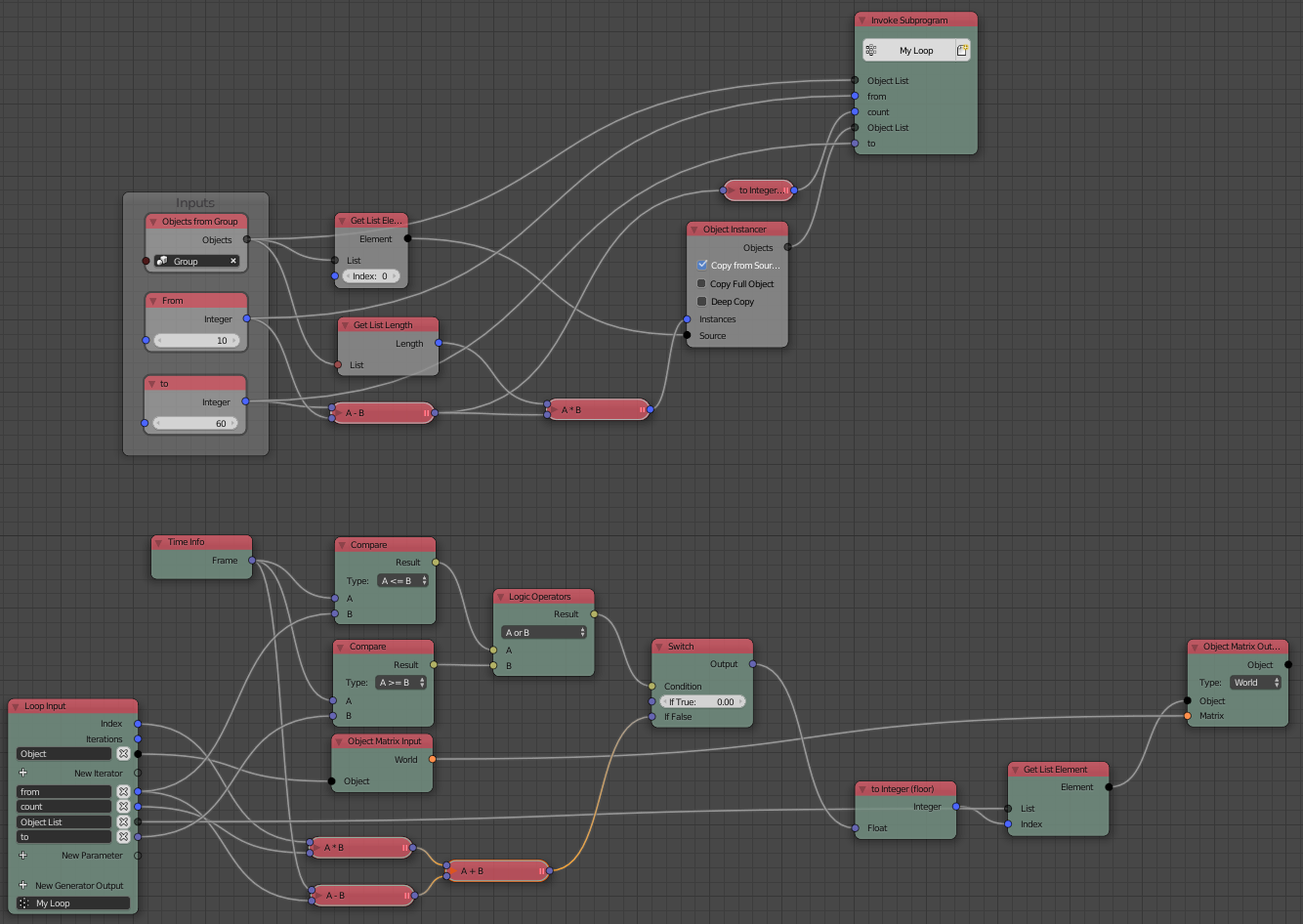 I provide blend-file (note, AN must be enabled):

Not the answer you're looking for? Browse other questions tagged rendering animation motion-blur or ask your own question.

5
How to make precisely defined trails along orbits in space