Rendering stack of 2D images as a 3D object?

I have a stack of 2D images that I would like to render as a 3D object. Essentially, each image is a slice of a 3D object such that, if stacked along the z-axis, would make a 3D object.

I want to maintain the color of the image while making black transparent, like in the model below. I have a stack of images that (when stacked) look like that model. 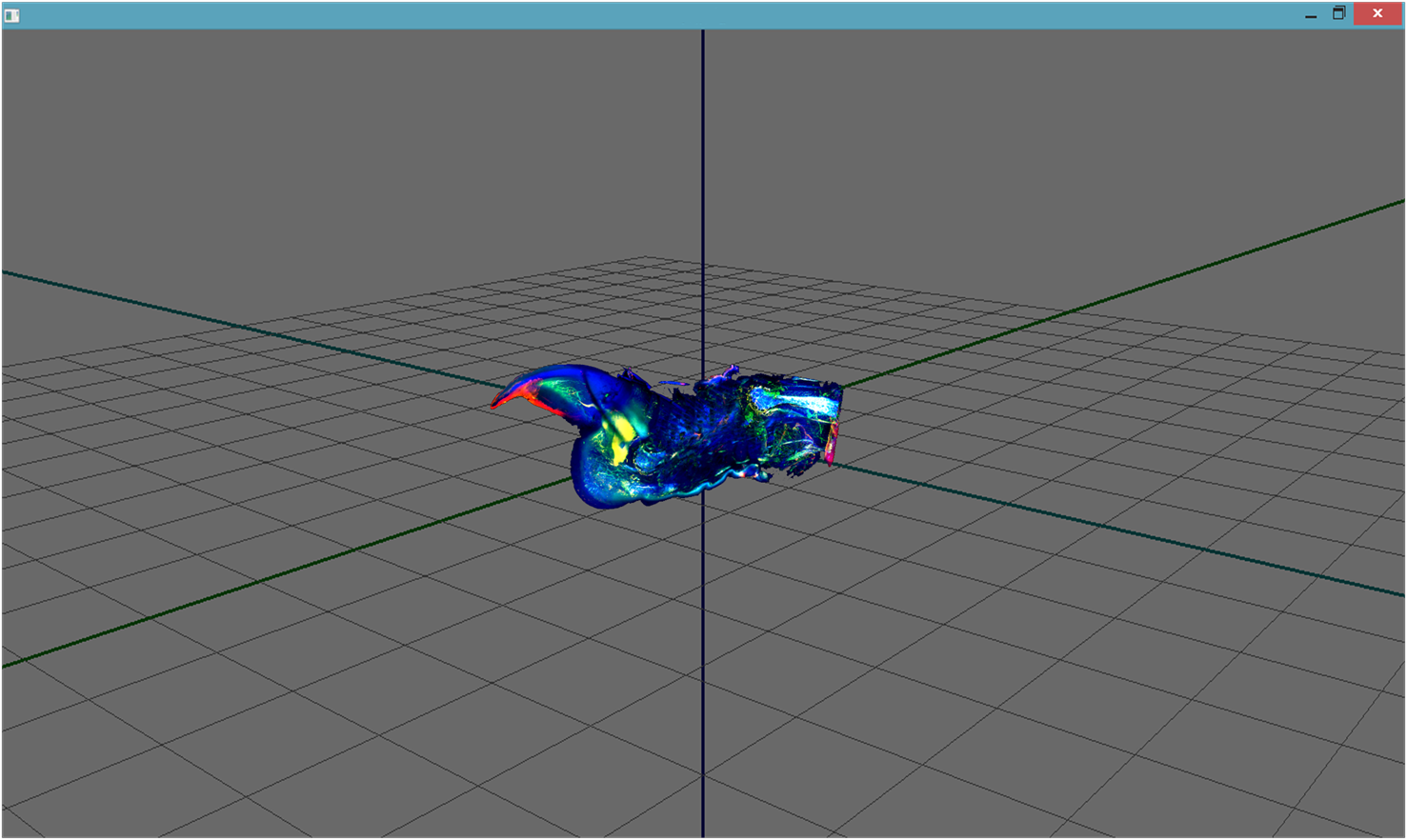 I would like an actual 3D model. I couldn't get the voxel texturing to work. Blender didn't seem to like the fact that there was color. Below is an example of one of the slices: 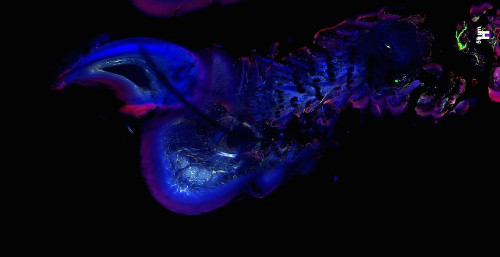 The help is appreciated. I'm open to doing any and all scripting; I'm comfortable with Python and image processing but not so much with Blender.

You can definitely render a 3D voxel dataset using the built-in tools of Blender. As seen in the example below:

The material and texture setup : 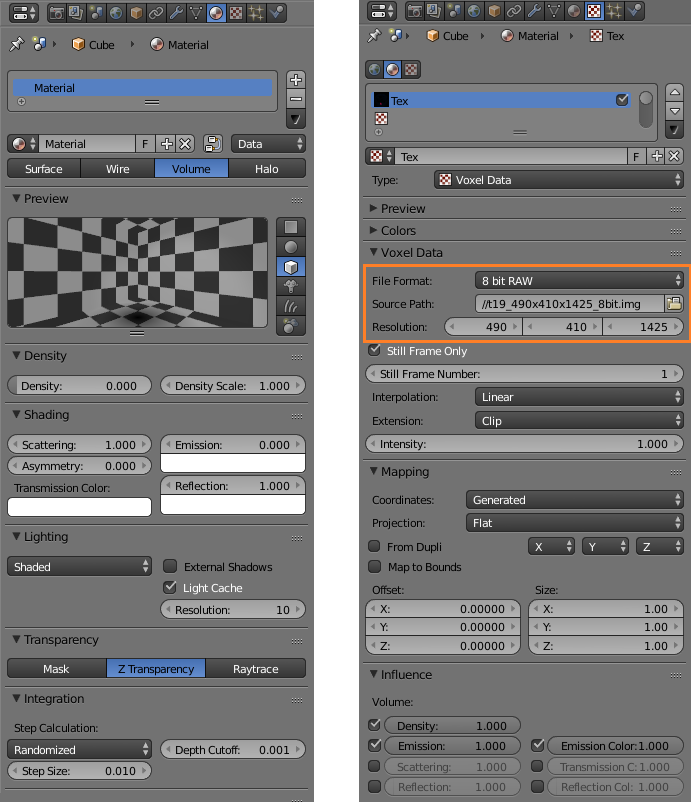 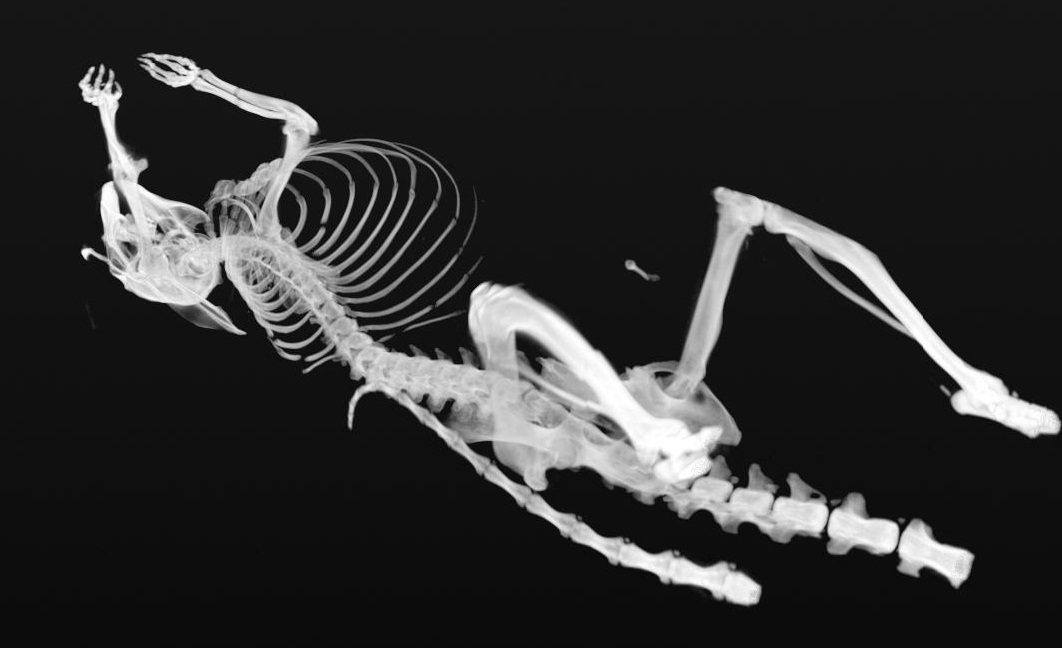 Using the color ramp, you can even remap the density to different colors. 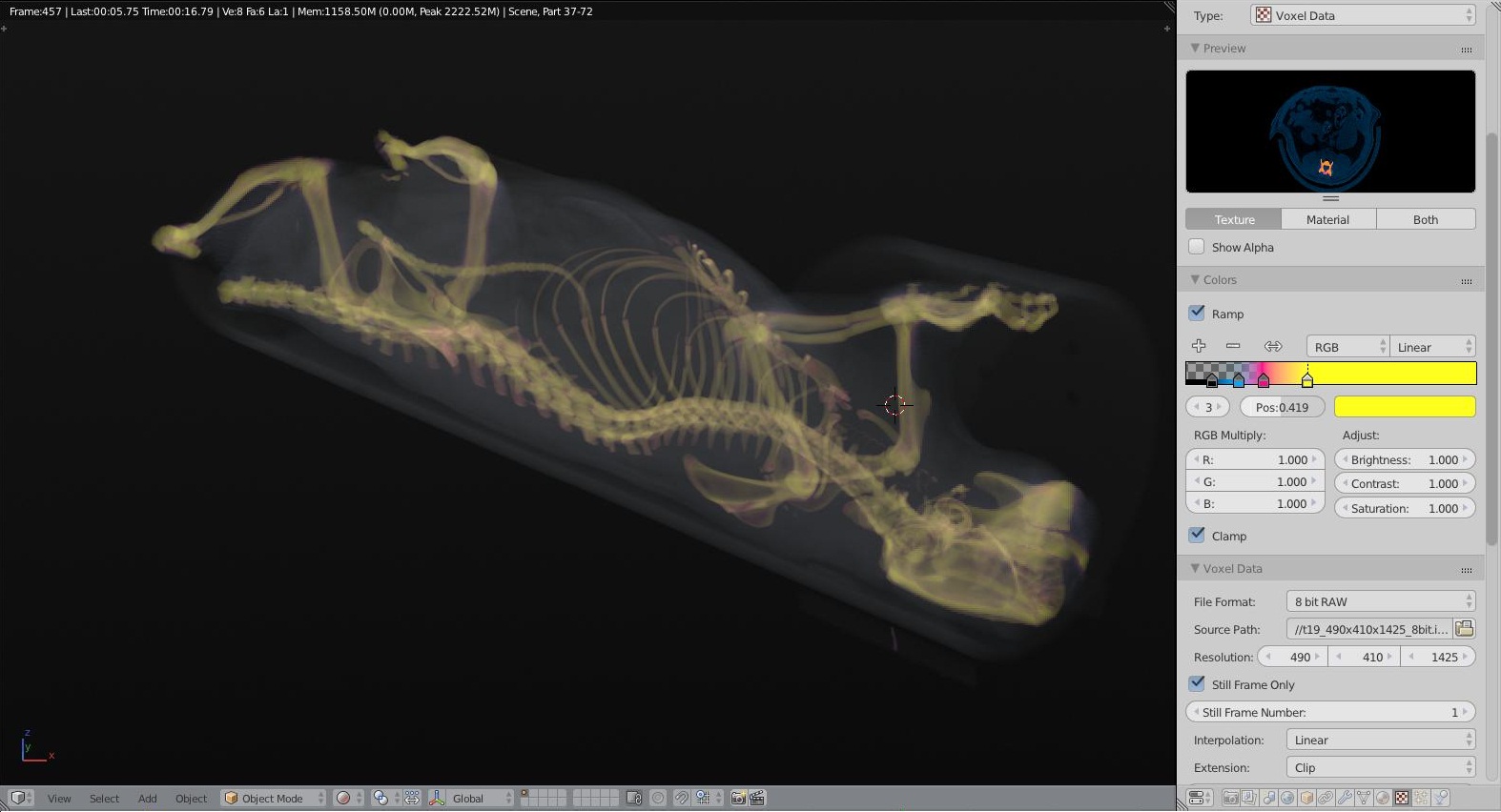 The first tool most physicists and medical imaging experts would reach for is VTK. It's made just for this sort of thing. Some example code: http://itk.org/Wiki/ITK/Examples/IO/VolumeFromSlices

But what about doing stuff like that in Blender? The rule seems to be: just think of it, and someone out there has made a .py script already. In this case, it's VTKBlender.py which converts between VTK's idea of a mesh and Blender's idea of a mesh. http://www.ualberta.ca/AICT/RESEARCH/Vis/VTKBlender/ Note that this is a few years old, but that's normal in the science world. VTK can be used easily in Python, so you can write your own scripts to perform any other VTK actions such as melding 2D slices into a 3D VTK mesh.

Another approach is to make a mesh from a point cloud. A point cloud could be defined from the 2D slices. Read this discussion on the OpenCV Q&A forum http://answers.opencv.org/question/2115/3d-models-from-2d-image-slices/

make a 3d object that consists of many layers,and texture each layer with the image at that z coordinate.

I would therefore suggest to read how .obj format works and generate an obj with that properties using your python skills.

(obj is non-binary and therefore easy to generate)

if there are enough layers, one would not see the difference, but it may be tough to render.

(actually, some minecraft like game uses this technique to allow items with any shape given by a 2d texture having a thikness)

11
Apply vertex paint to a vertex
3
No Voxel Data texture in Blender 2.82?
2
Render Z-stack of 2D images into 3D object in Blender
2
3D modeling of blood vessels from 2D stack of labeled cross-sectional images
0
object exported as .obj is a solid cube instead of rendered volume when imported to MSblend
0
Time series animation of voxel data
0
How to generate images from texture volumic

1
How do you slice a joined model into equal slices?
0
Why is part of the object a different color than everything else?
1
Only part of the scene renders
3
Is it possible to slice a 3d object into many 2d images?
2
Slicing an object in 4 parts
0
Black after exporting asset previews as images