Freestyle not working in Blender 2.78c

I understand that this type of question has been asked at least 50x, but please read me out.

This is as simple as it gets: Freestyle is not rendering in the final render. It simply does not work. Yes, I know this question already exists, but despite checking to make sure no settings were touched, despite trying this with a simple cube, it does not work. The "Include" option is running, not "Exclude". 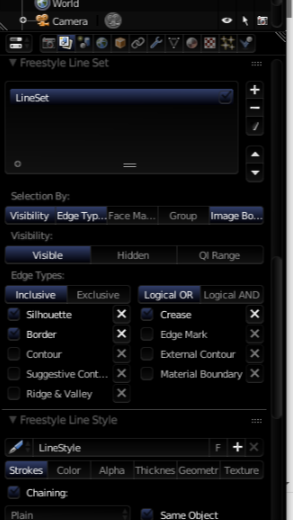 I understand this is really ridiculous, but may I ask just what I am missing? I have previously used 2.79 builds, but I am not sure if that affects 2.78c, if that means anything. Please note that I am currently attempting this with Cycles, in case this ruins the whole thing.

I am not sure if this is a bug, though it likely could be, as I had recently discussed with user "Mr Zak". The idea is to save the file, even though "Freestyle" is checked in the Render tab, then reopen the file. You may notice "Freestyle", in the Render tab, is now unchecked. ...Strange, huh? Check Freestyle again, then render it. Confused? So am I. However, this is the current working solution, and while Mr Zak pointed out he was using 2.78a, I am currently using 2.78c, at the time of this post.

This is the button I have been using to render, this entire time. As the locals in Blender's Discord have informed me, a detail I have been overlooking for too long, much less to begin with, this renders OpenGL. That means you will be given a render of exactly what you see in the viewport, completely different from when you look in rendered view. 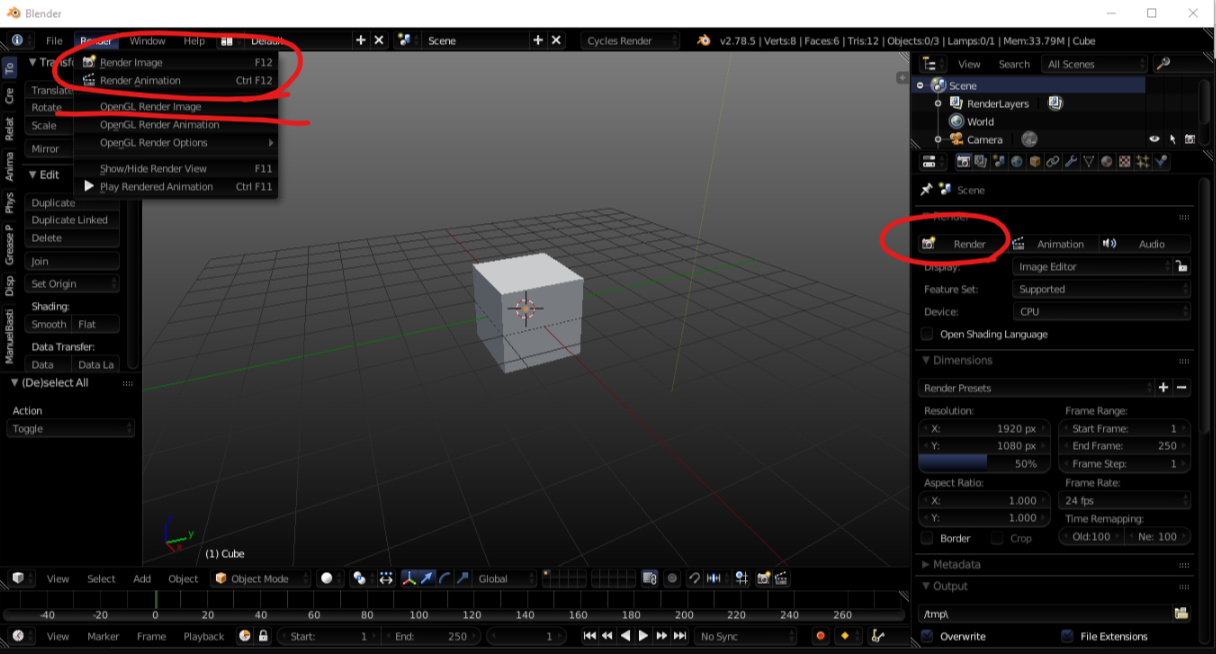 The buttons circles in this picture here, are the buttons you should be using for final renders, as opposed to OpenGL giving simply previews. That means that the button circles in the top-left section and the button circles on the right-hand side act as final render buttons, the equivalent of pressing F12 on your connected keyboard. Meanwhile, pressing the button underlined in this picture, and pressing the button depicted in the previous picture, will render only what you see in your viewport. If you want to see Freestyle lines, as I have been seeking, you want to use F12 render.

In case anyone is wondering, I have been asked if I had messed with the keybinds. I am not sure if this has anything relevant to do with it, but no, I did not mess with the keybinds. I have simply been blindly using the OpenGL render instead of F12's render, believing to have achieved the same results. I hope this proves educational and informational to anyone else who would ever make the same mistake I have made.

Not the answer you're looking for? Browse other questions tagged render-engine-cycles rendering freestyle or ask your own question.

2
Alpha transparency not working
3
Linking objects, groups, and Freestyle
17
How can I improve the realism of my pencil texture lines in freestyle?
3
During render can I render freestyle lines, then re-insert them back into the scene so other objects may interact with them during their rendering?
0
How do I anti-alias an image with a transparent background without getting semi transparent pixels?
2
Freestyle line sorting not working?
8
Freestyle: control the Thickness of stroked curve using Radius?