Different animations for different scenes for a linked armature

I have a simple scene containing an object that is parented to an armature.
I made a copy out of the scene by choosing the "link objects" option, because I want to be able to edit one scene and have the change automatically reflect in the other scene.

Is there a way for me to link an object from a scene while still animating it individually? Proxies don't seem to work if I'm simply linking from another scene in the same file.

When you link an Object from one Scene to another all changes are transferred from one Scene to another, even animations. That is because the same Object and Armature are used. There is a quick way of fixing this for your case: Add a new armature object in each scene, then select each one of them and make sure they use the same Armature. You can make the selection here: 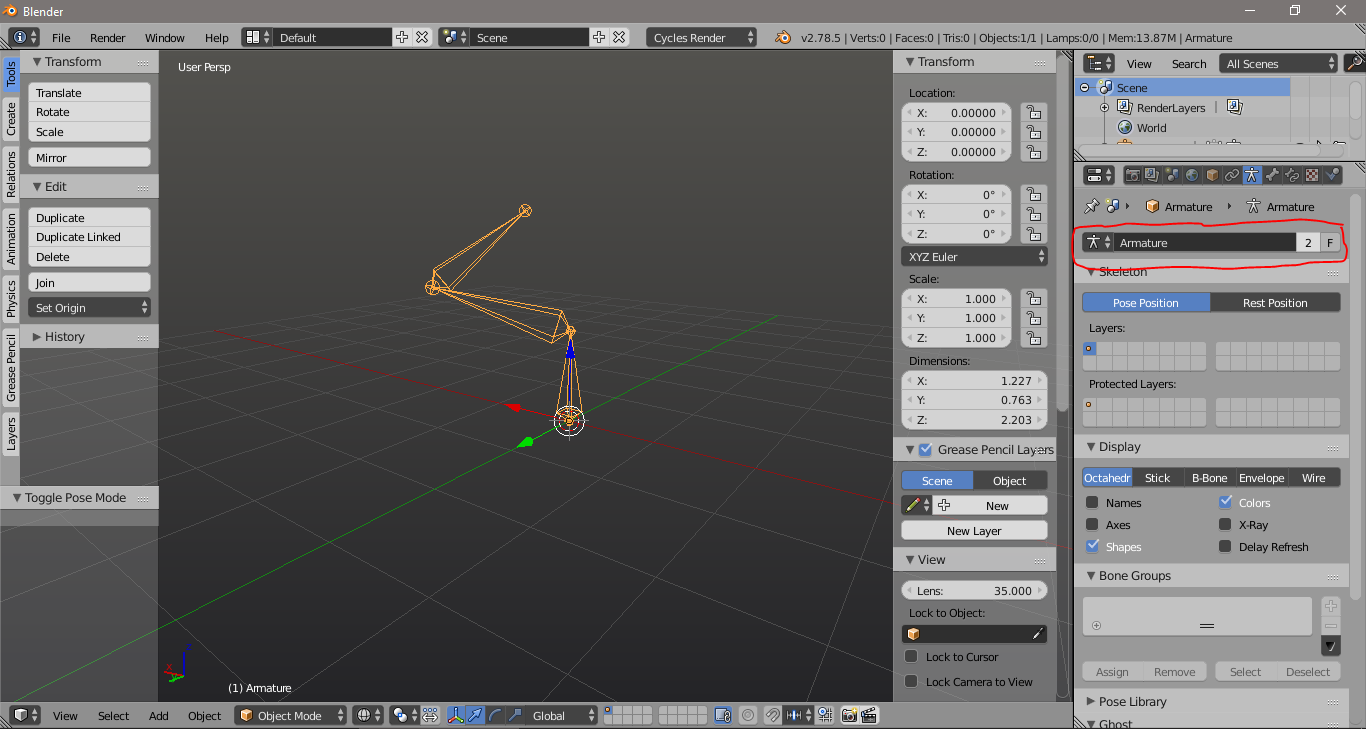 All changes to the Armature in Edit Mode will be transferred to all other scenes but changes made in the Pose Mode will be Scene specific.

Not the answer you're looking for? Browse other questions tagged linked-data proxies or ask your own question.

8
Kind of “soft link” of objects between scenes?
2
Blender Game Engine - Load Scene Similar To Linked
1
Link an object from a different Blender file and be able to move it around while retaining its modifiers
1
Is there a good workflow for creating 'swappable' linked characters?
1
Understanding scenes in blender. (linked objects)
3
Making proxies of all objects in a Linked collection in blender 2.8