How do you visualize changes animations in the graph editor?

This might sound stupid but I think I've looked everywhere for a good tutorial and explanation on the graph editor, but I still don't fully understand. I know that generally, it's the main animation and it is manipulated using F-Curves. I've seen videos on how to manipulate them, but I can't find anything that explains how to know which way everything should be changed. How do you visualize the edited change to the mesh's animation by just looking at the graph?

An fcurve can be directly compared to a bezier curve, in fact that is what it is. The position of the curve as it is drawn at a certain point represents the frame and value that will be used.

Here we see the x location of a cube. On frame one it is 0.0 and at frame six it is 5.0. As the curve is set to linear interpolation we see that it will be an even movement every frame from start to the end. 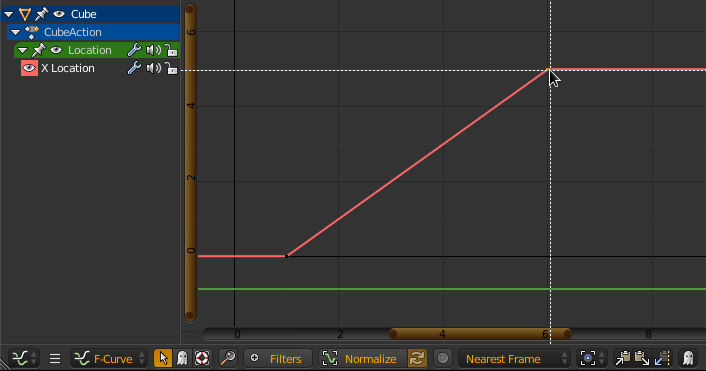 Now if we change the interpolation to bezier and adjust the handles we can get a different curve. Here the cube stays close to the start position until frame four and very quickly moves to the final position only in the last couple of frames. 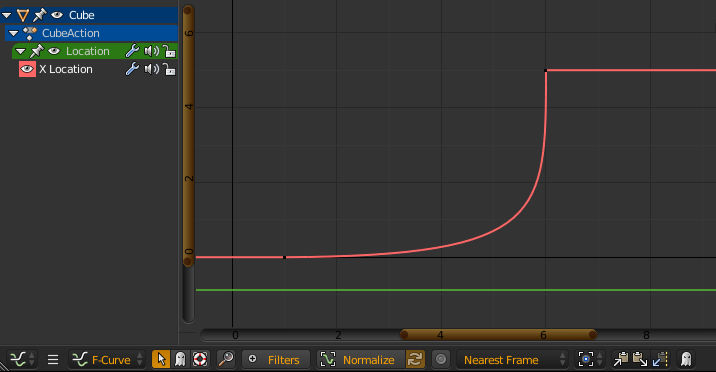 Now looking at this curve, you can see the x location goes past and then back to the final position. 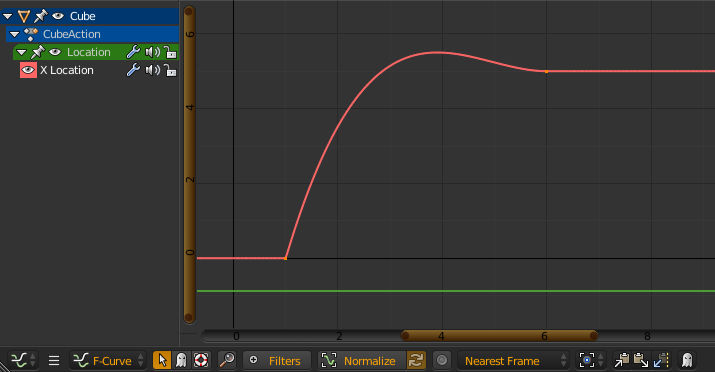 And here is the curve with a noise modifier added, can you "see" where the cube will be on each frame? 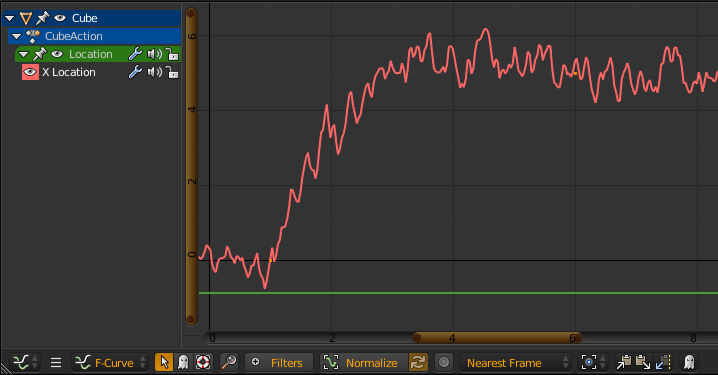 So you don't really "see" the movement, what you get is an understanding of how it moves in between two values. So you watch the animation changing in the viewport, then when something looks odd you can often see and remove the glitch in the curve that is making it move the wrong way. With enough experience you may even be able to pick out a bad fcurve without watching the animation.

Here is just a little hint:

You can visualize the Motion Path in the 3D View That may help to see or understand the movement of your animated object.

Note: This is only helpful if the location is animated.

In the Property Panel > Object > Dropdown menu Motion Path you can set the desired Display Range you want to visualize and click on the Calculate button.

1
How to see the changes in the graph editor while rotating an object
0
How to compare small changes made in the graph editor?
0
Restore Graph Editor F-Curve Filter Location
3
How to reset animation curves in graph editor
1
Mapping a textures z location from [0 to -40] to [0 - 1] for baking baking sound to f-curve