Loop Actions with a Cycle F-modifier

I am about to create a ~3 minutes long forest scene with some rabbit roaming around.

I created a rabbit with two animations: Sit, Walk.

I then created a curve and key framed the evaluation time so that the rabbit is following the path and sometimes stops.

I added a Cycle F-modifier to loop the movement.

The thing is. I have two actions in the NLA editor. Sitting and Walking. When the rabbit moves, I add a "Move Action" and blend it in, like this:

The first NlaTrack does nothing, I use it to determine the length of the NurbsPathAction to easy copy and paste. Each red block is a full loop of the path.

This works fine. But I have to copy everything for each curve loop. This is rather inconvenient.

Here are my questions:

Edit: Here's a Video: https://youtu.be/BBQitinKwnM I scroll through every loop. As you can see, each loop consists of a block of several animations in the NLA editor. I guess there is no way to group them and automatically repeat them X times instead of copying?!

OK, so my approach would be to first set up your scene as you want it, 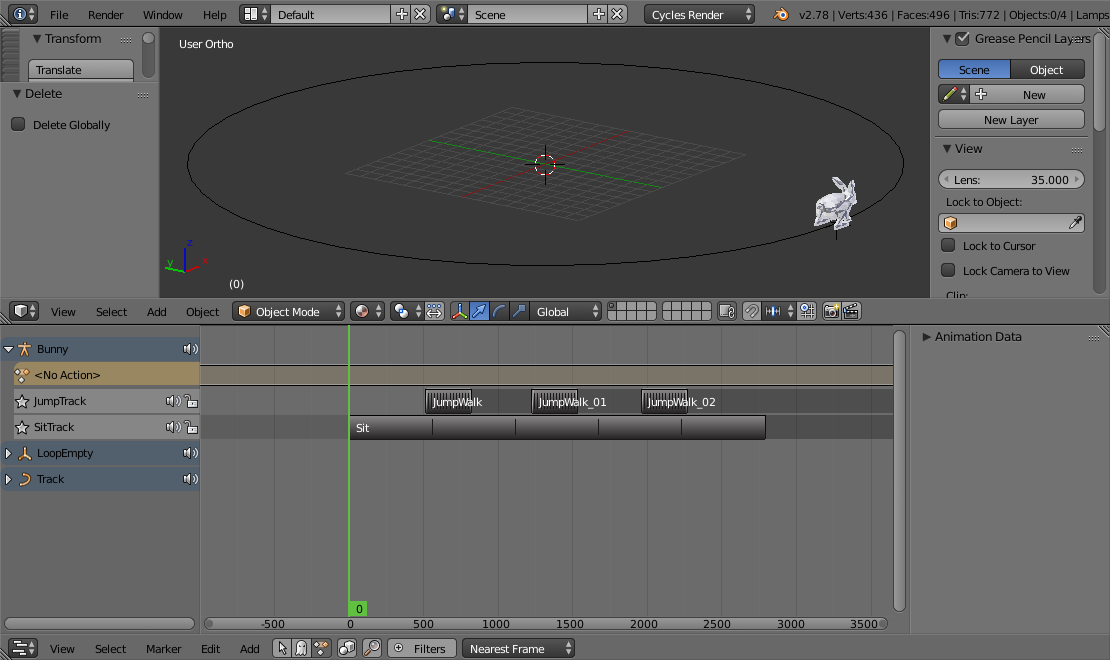 Then select your armature and press Space and search for Bake Action, trim the timeline to roughly fit your current take before doing so. 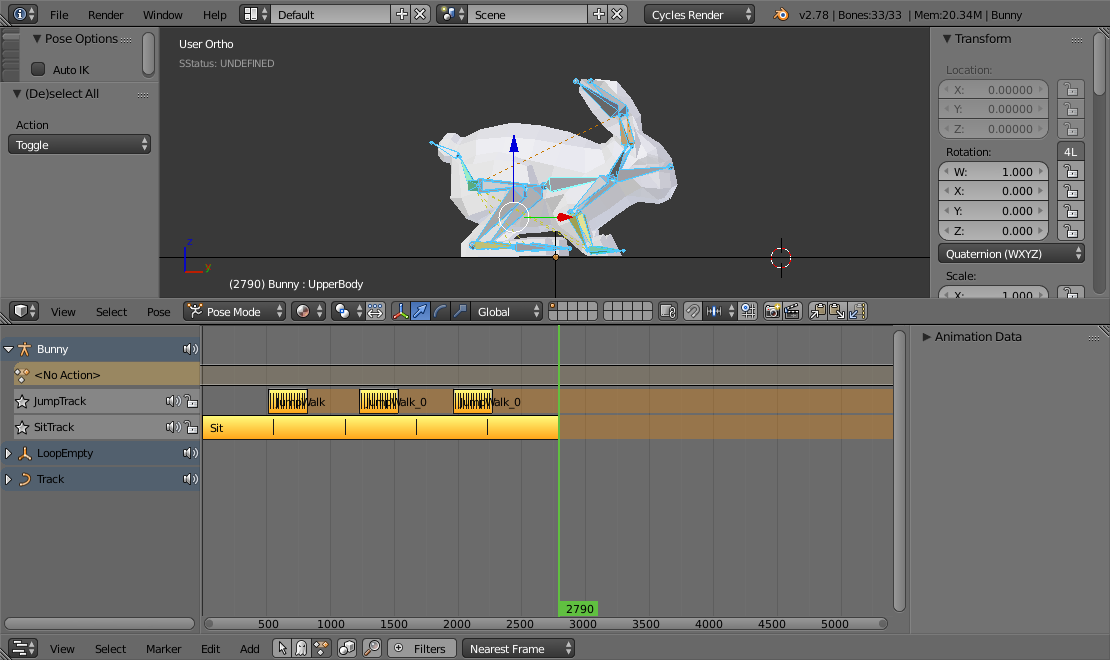 This might take a while depending on legth, don't worry that's normal. 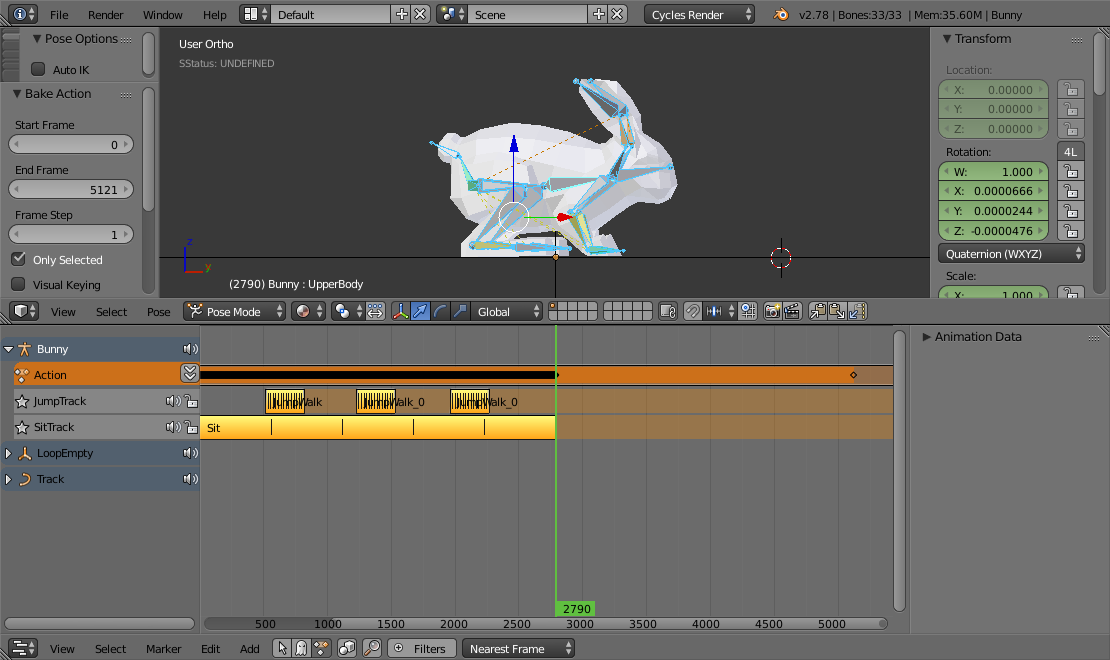 Once you are there, delete the last key that's generated at the end of the timeline, unless you trimmed to perfectly fit.

then convert this to an action: 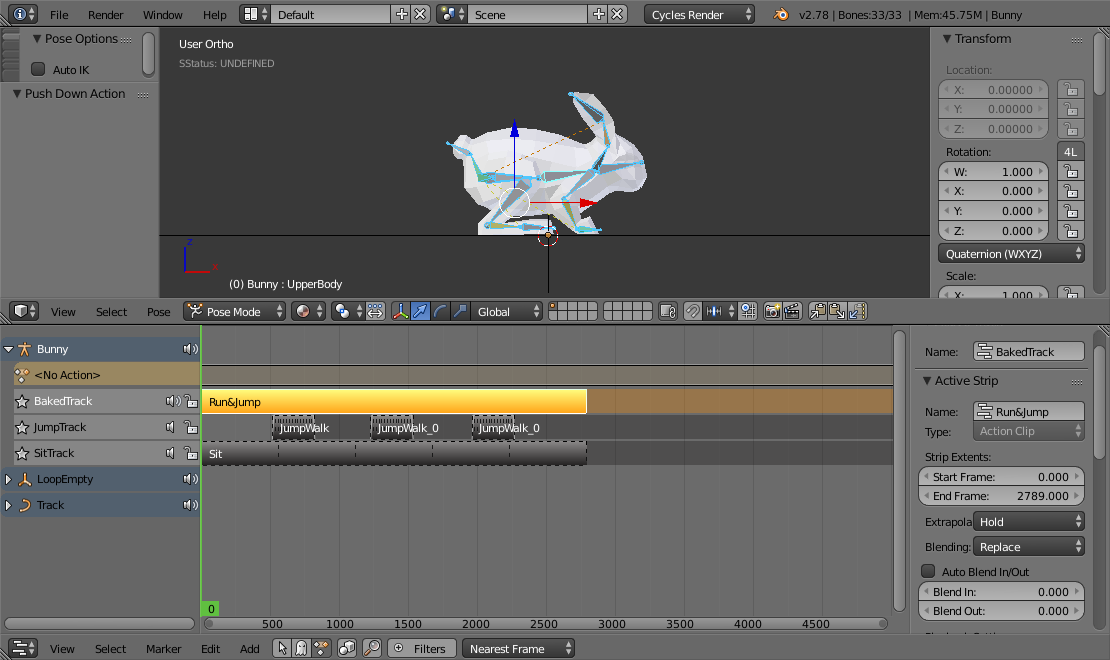 I'm driving the motion with a childOf on the bunny that follows an empty with a followPath constrain.

So you'll have to sync their length and pauses once: 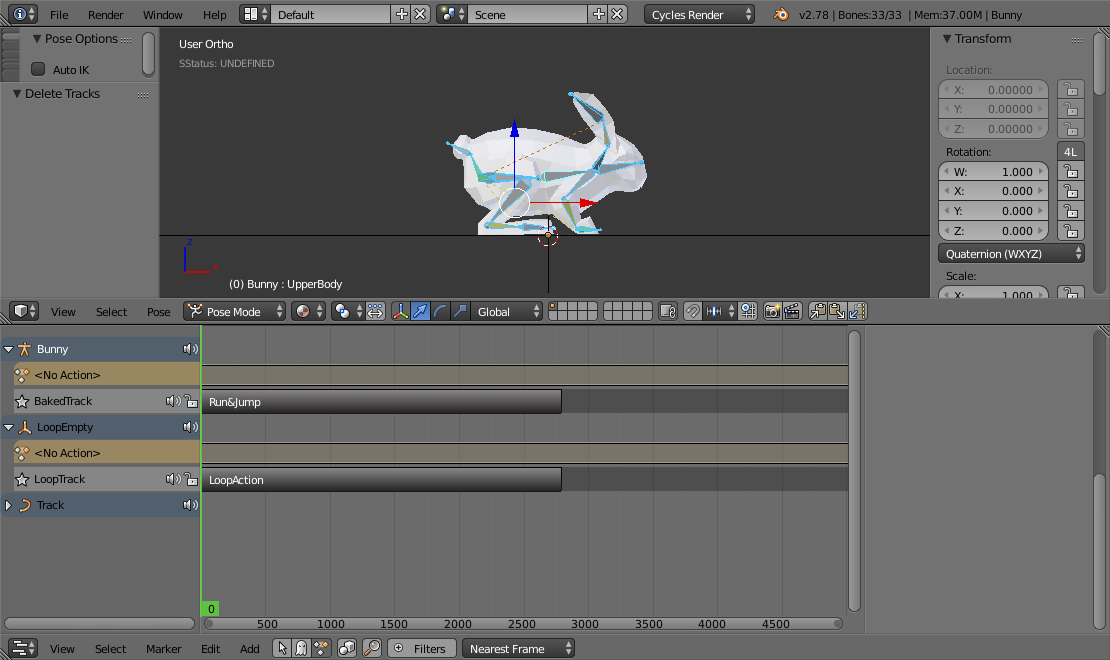 Then just input the same number in the repeat box, as many times as you want to do so: 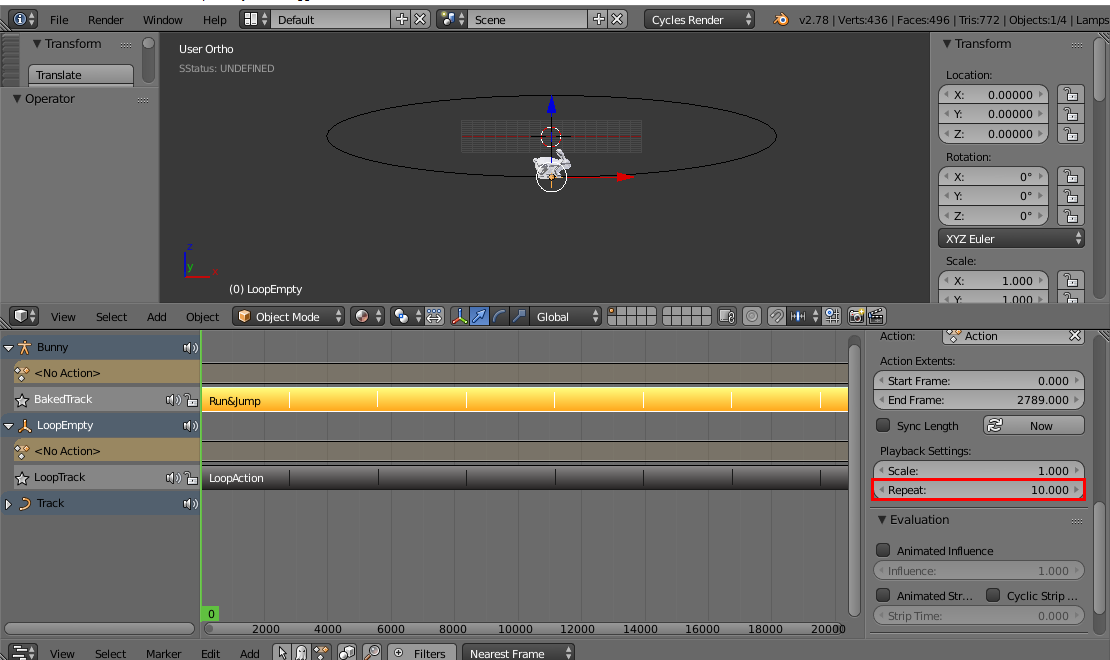 If you wanted you could instead drive the actions by F-Curves, or maybe make all strips Meta-Strips of the same length and then instance those. But I feel this method is the most scalable to a bigger set of layers being mixed.

You can and should keep a copy of the original actions in case you want to tweak the animation later.

Note that this will make longer animations quite heavy, as it bakes every n-th frame, using 1 is a bit extreme in this case, toy around with a 2 to 8 frame step, and you can do cleanup afterwards if you want.

Not the answer you're looking for? Browse other questions tagged animation path nla-editor fcurves or ask your own question.

1
Calling Multiple Actions at Once
1
a fast way to join NLA strips?
0
Animating object's transparency in NLA editor
0
How do I use the NLA editor with Linked characters?
1
Join NLA actions from multiple objects