I'm trying to create a landmine for my game, I would like the player after placing it could view the radius of impact. This way I have been trying to get a python code that activates the show_physics_visualization button on a single object. I Tried:

My mine object is called MineForce. 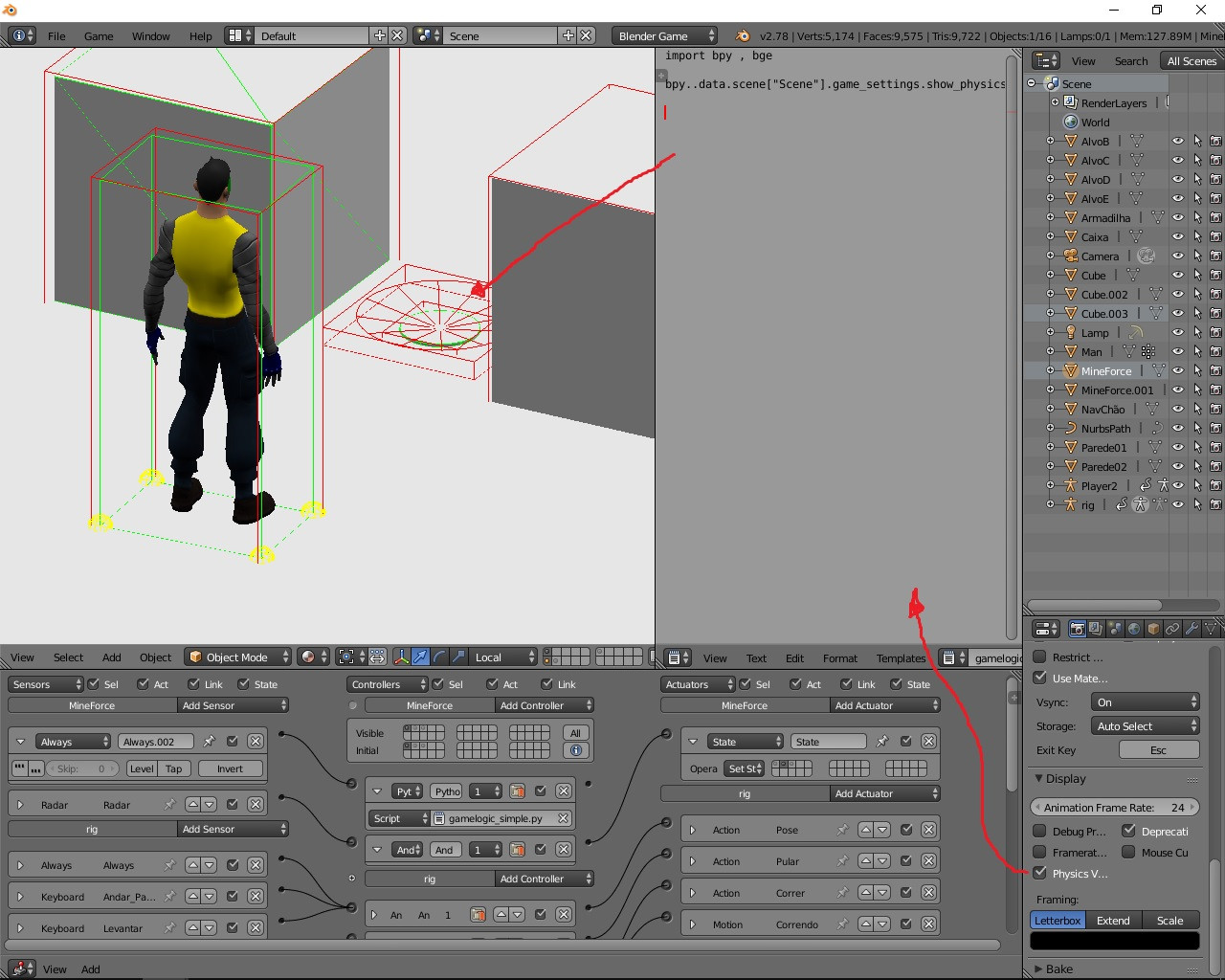 As mentioned in the comments above:

5
Toggle Lamp Visibility Blender Game Engine and Python
2
Noob in BGE Just have anything work with python script
1
Python to switch visibility between multiple objects (game engine)
2
Simple rotation animation using command-line python script
2
Have object rotate when player does
0
Blender Game. My Game does not move when executing but it goes to the final position when I stop it.
0
create in python a specific F-curve
2
Python Join Objects