How to apply Subdivision Surface for fluent bone animation

So, my question is: how can I do it automatically during application of the modifier? 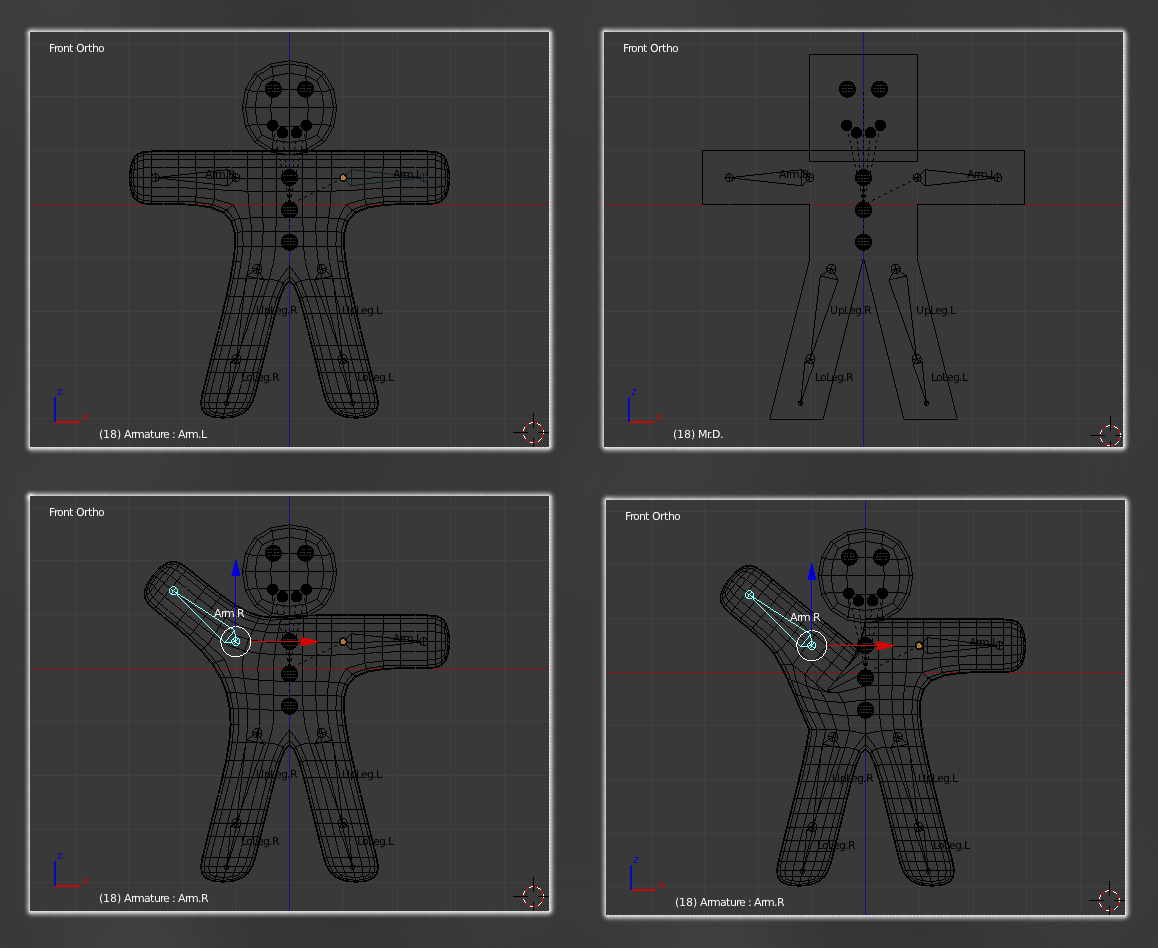 Bottom left: correctly transformed model (this is how it looks like and animates if I don't apply the modifier in Blender). 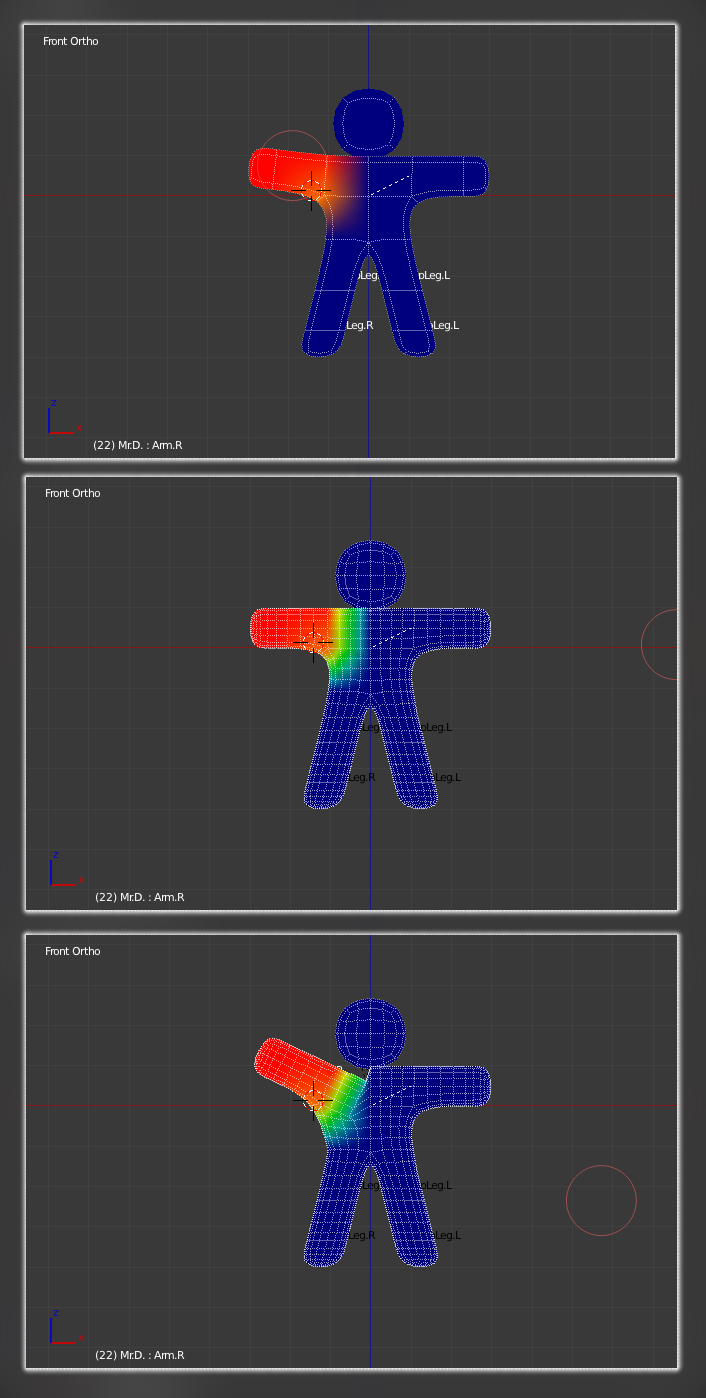 Description (from top to bottom):

If you must apply the subsurf, you can probably work around this problem by adding a second bone. Call it "body" or something, and make it own the unowned vertices in the head and shoulders.

If you apply the subsurf modifier AFTER you have a body bone, it will probably create some counteracting weights to keep that shoulder from gnarling up.

You might have to ensure there's an edge at his neck that is owned by the body bone and not the arm bones.

The bone needs to have area of influence defined. I'm a newbie but there is a link from the bones page on the manual. Skinning is the blue title. It appears tricky but by this method spinning appears to precede armature animation.

Not the answer you're looking for? Browse other questions tagged animation modifiers rigging or ask your own question.