Blender's IK seems to ignore the Inherit Rotation checkbox, how do I work around it?

Here is a .blend file I've created to illustrate a strangeness I have observed with blender's Inverse Kinematics solver.

Example 1 has an IK and the pre-yaw bone has no IK rotation restrictions. 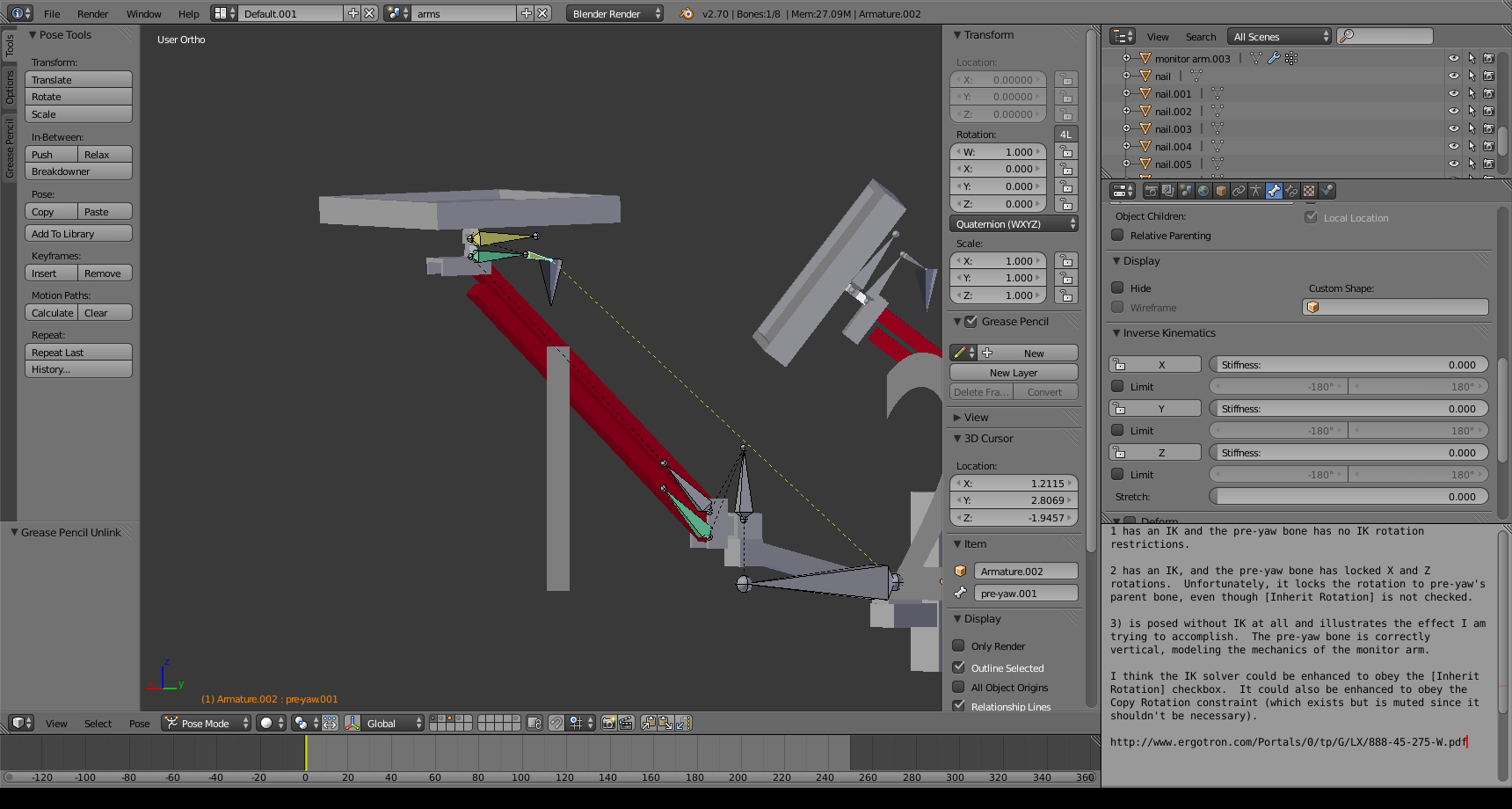 Example 2 has an IK, and the pre-yaw bone has locked X and Z rotations. Unfortunately, it locks the rotation to pre-yaw's parent bone, even though Inherit Rotation is not checked. 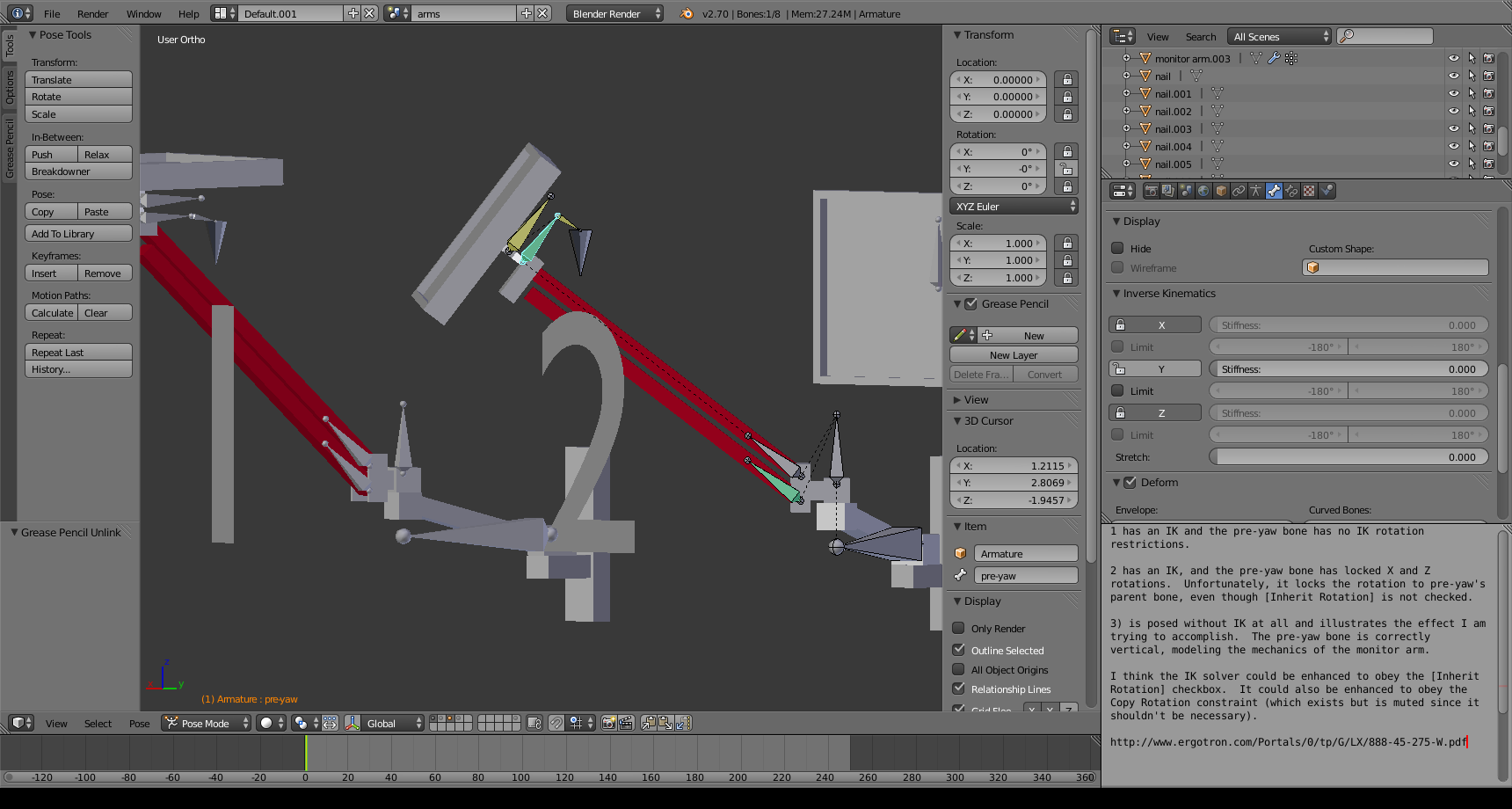 Example 3 is posed without IK at all and illustrates the effect I am trying to accomplish. The pre-yaw bone is correctly vertical, modeling the mechanics of the monitor arm. 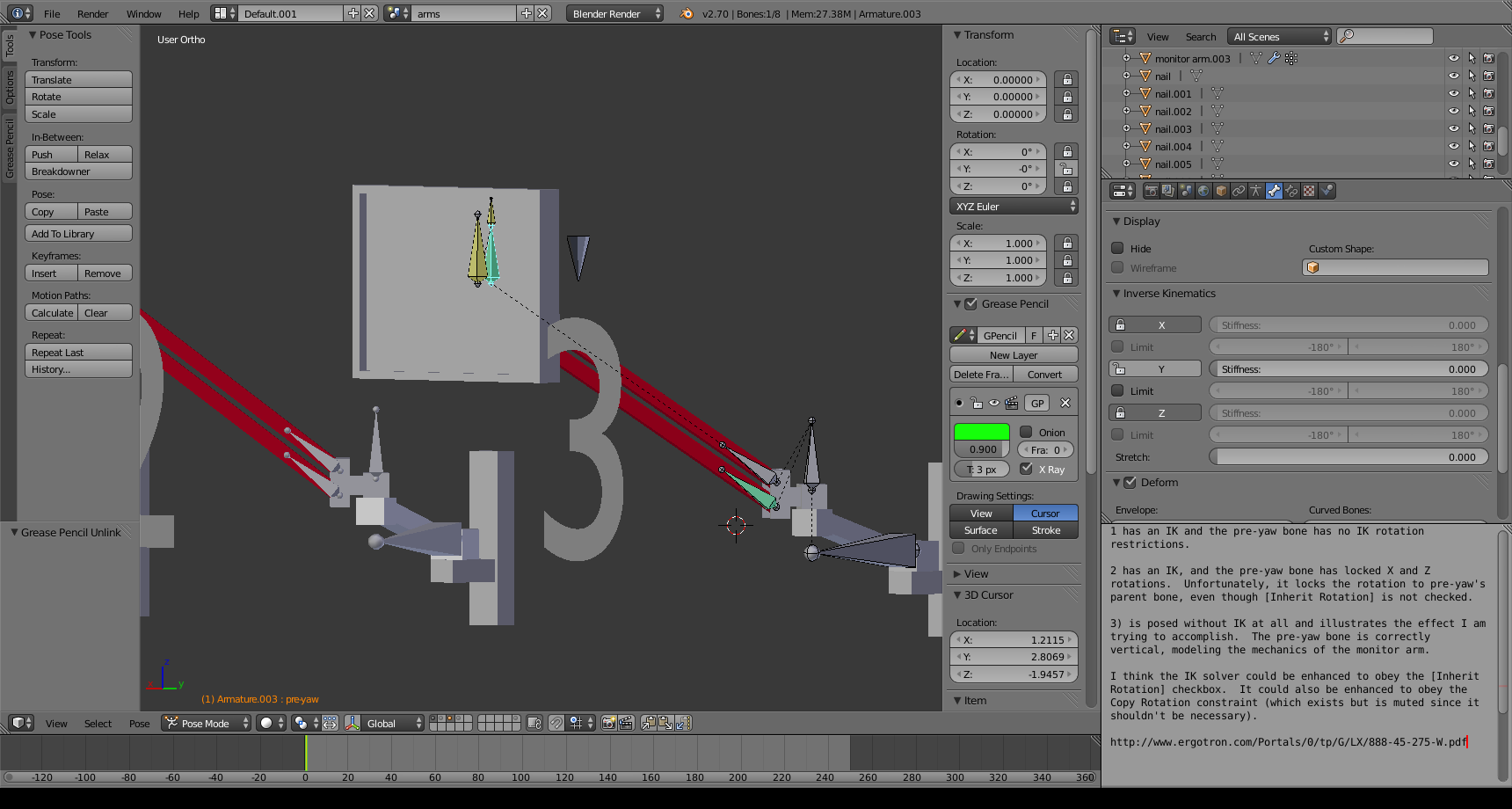 Have I discovered a shortcoming in blender's IK? Is it worthy of a bug report?

How do I work around this weirdness?

Browse other questions tagged rigging constraints or ask your own question.

3
How to achieve accurate rotation of fingers at the point they meet the palm?
2
How does damping in the generic spring constraint work?
1
How to mirror the contraints rotation and limit rotation?
1
How to parent an object to another one but inherit the rotation from a third object?
1
How do you lock the rotation of a bone in an IK chain?
4
How to get the physics engine to wraps a string around the moving part of a motor constraint?
1
How can you change the “inherit rotation, scale location” for a vertex or empty or an object, not just a bone?
3
How to rig a plate so that it points to a target, with off-centre tilt, and constraints on elongation and tilt
1
How to AddDriver the rotation value of the armature for the rotation value of the object