What are the implications of a very large scene (scale-wise, relative to the default cube)?

I routinely model objects for use in larger scenes based on real-world measurements. These measurements are given in millimetres. The easiest way to model therefore, is to set the scene scale to millimetres and input everything in millimetres. This avoids unnecessary button pushing (0's and .'s) and mental conversions.

The consequence of this is that the resulting scenes are very large in comparison to the default cube. What are the negative (and positive) implications of doing this?

In my experience, issues only tend to arise when you are performing any kind of simulation, such as:

On the plus side, Blender stores coordinates as floatingpoint and therefore no accuracy is lost when working with very large or very small objects. I have however read elsewhere, that there is a maximum scene size.

I am considering modelling individual objects in millimetres and then scaling them down at the end of the modelling process and then constructing scenes in a more reasonable scale. I think it would be beneficial if you could set the scene scale in Blender in one units and then set the input units in another scale. For example, you could keep the default scale of 1BU = 1m but change the input units to millimetres. In effect, typing 1234 when translating an object would be converted automatically into 1.234 m/BU.

One important implication that's not immediately obvious is that Blender's light objects won't scale properly with the rest of the scene. As the objects in your scene get bigger the lights will look dimmer and sharper. 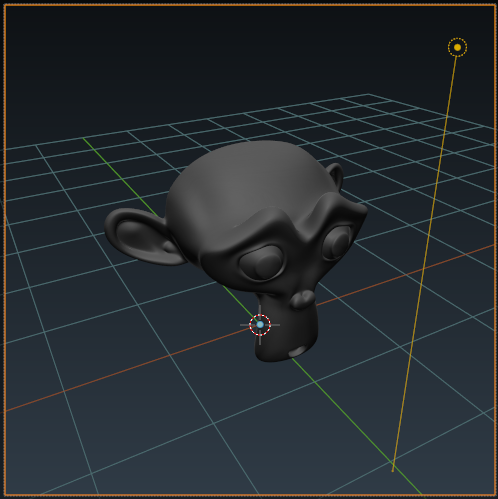 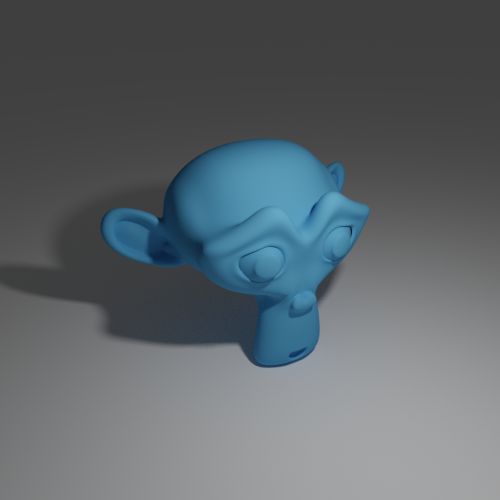 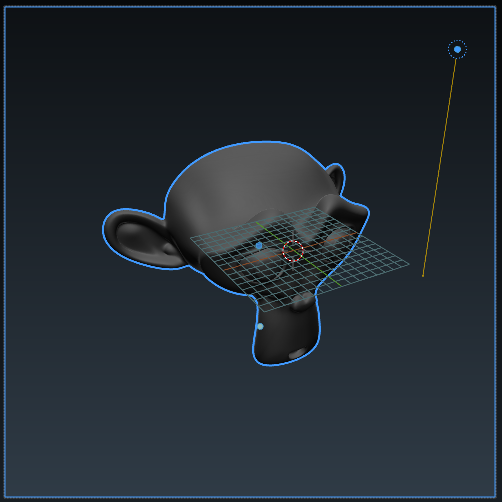 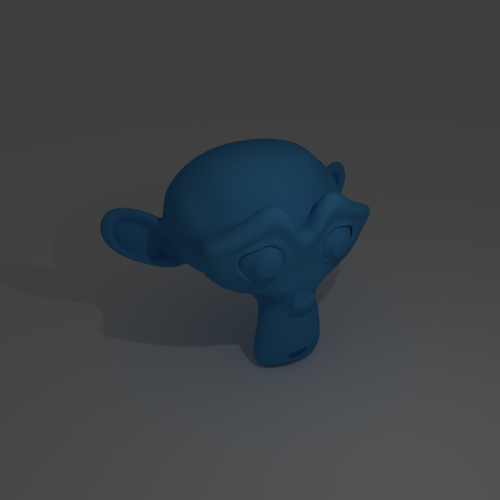 One way around this is to use the unit scale feature in the scene tab instead of scaling the objects manually. 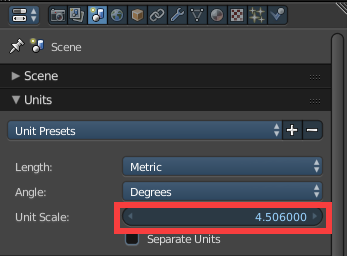 Also note that unlike the blender lights, objects with emission materials have no issues scaling.

One thing to consider when working with very large (or very small) scenes, is the clip distance and possible precision issues like Z-fighting. If the start and end clip distance are set to a very wide range, 3D engines (blender included) will fail to differentiate faces that are very close together (here's an example. )

We already have that in the Units tab in the Scene Context menu. 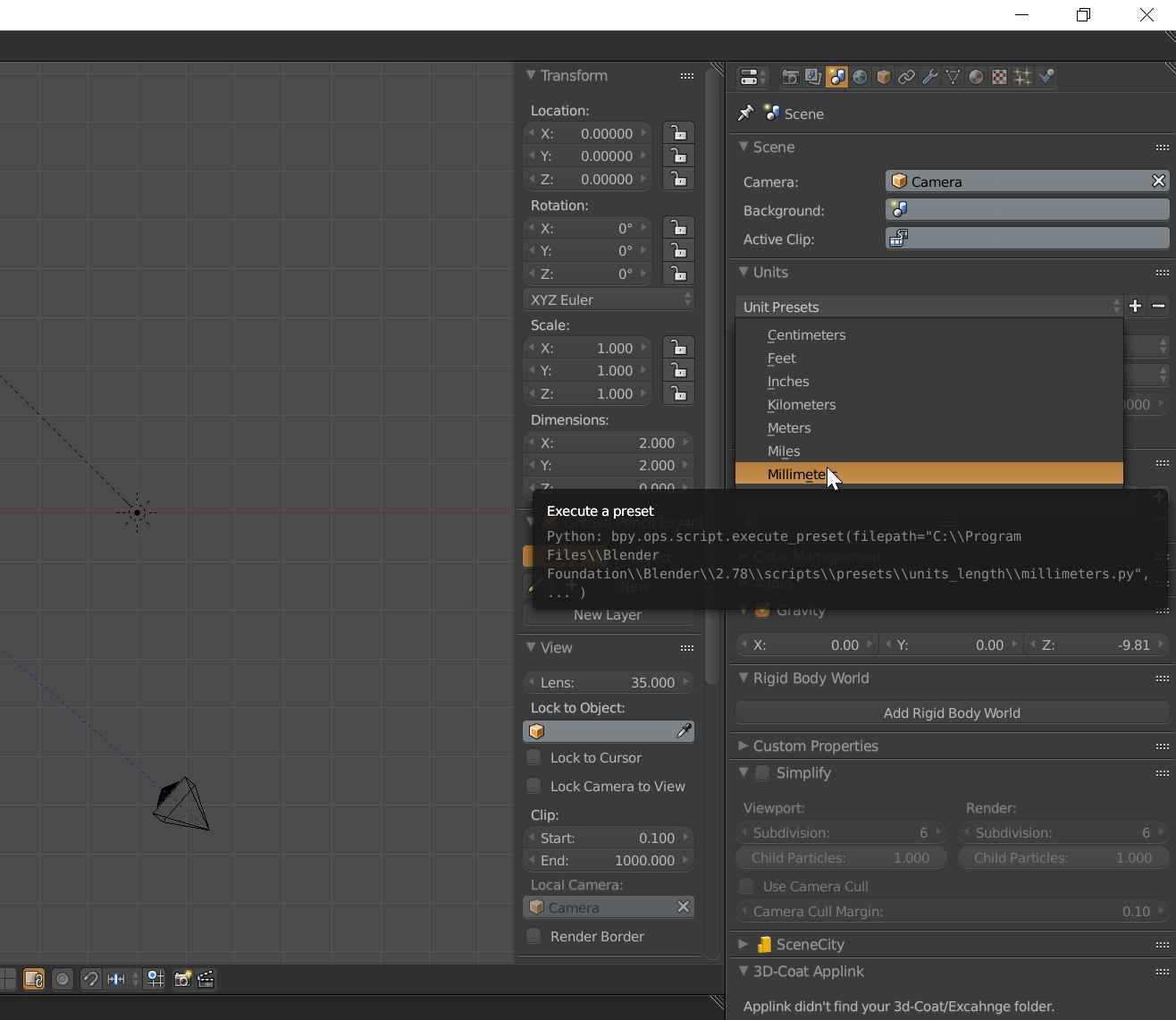 Not the answer you're looking for? Browse other questions tagged modeling rigid-body-simulation or ask your own question.

2
Should my models be actual size?
2
Weird shading effects when rendering at long distance
1
Very big & very small objects in scene at once
1
Blender Cycles Render errors when dealing with a scene with very large dimensions

58
How can I make sharp geometric 3d models look more realistic?
6
Need advice for creating a simple scene with very large dimensions
2
Can't set major radius of a torus to anything larger than 1 meter
3
How do I make two objects pull toward each other in a zero-gravity scene?
0
How to scale the scene relative to an objects metric values?
0
Modeling/editing in imperial units