I need to make the vertices of a mesh follow a path / curve so that the mesh deforms as it follows the path?

Edit: During an animation. I do not mean an extrude but animating the vertices of a mesh along a predefined path curve.

I have a mesh and a complex path curve. I'd like to make each individual row of vertices on the mesh follow the path. I don't know how to do this.

I currently have animall and standard latest version of blender. I can add any other extension i need to complete this task as it is crucial to the project i am making.

1) i have a custom path curve in two dimesional space (the third dimension is locked, static)

Ignore the curve atm it's just a test curve. I want the mesh to deform according to the shape of the curve so i can fake the physics and make a fast and neat animation of a rather complex motion by making the path curve by hand.

I want the vertices of a mesh to follow the path (mesh deforms as it follows the path) with all vertices with the same Y coordinate moving in the same way.

In Front View (Press “1”) Press Shift + “A” and add a plane. Tab into Edit Mode and press CTRL + “R” and add a healthy number of Loop Cuts by scrolling your Mouse Wheel. 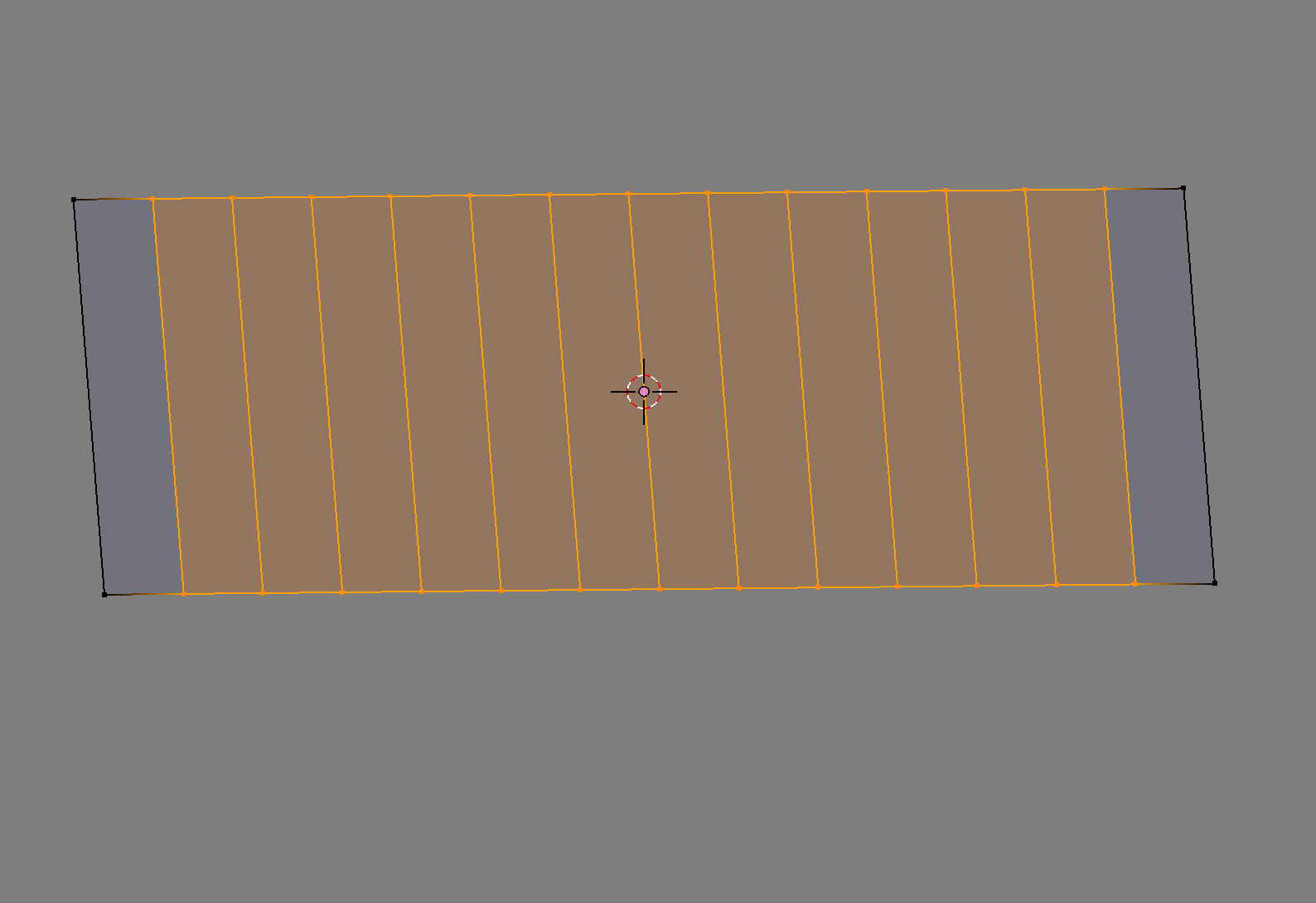 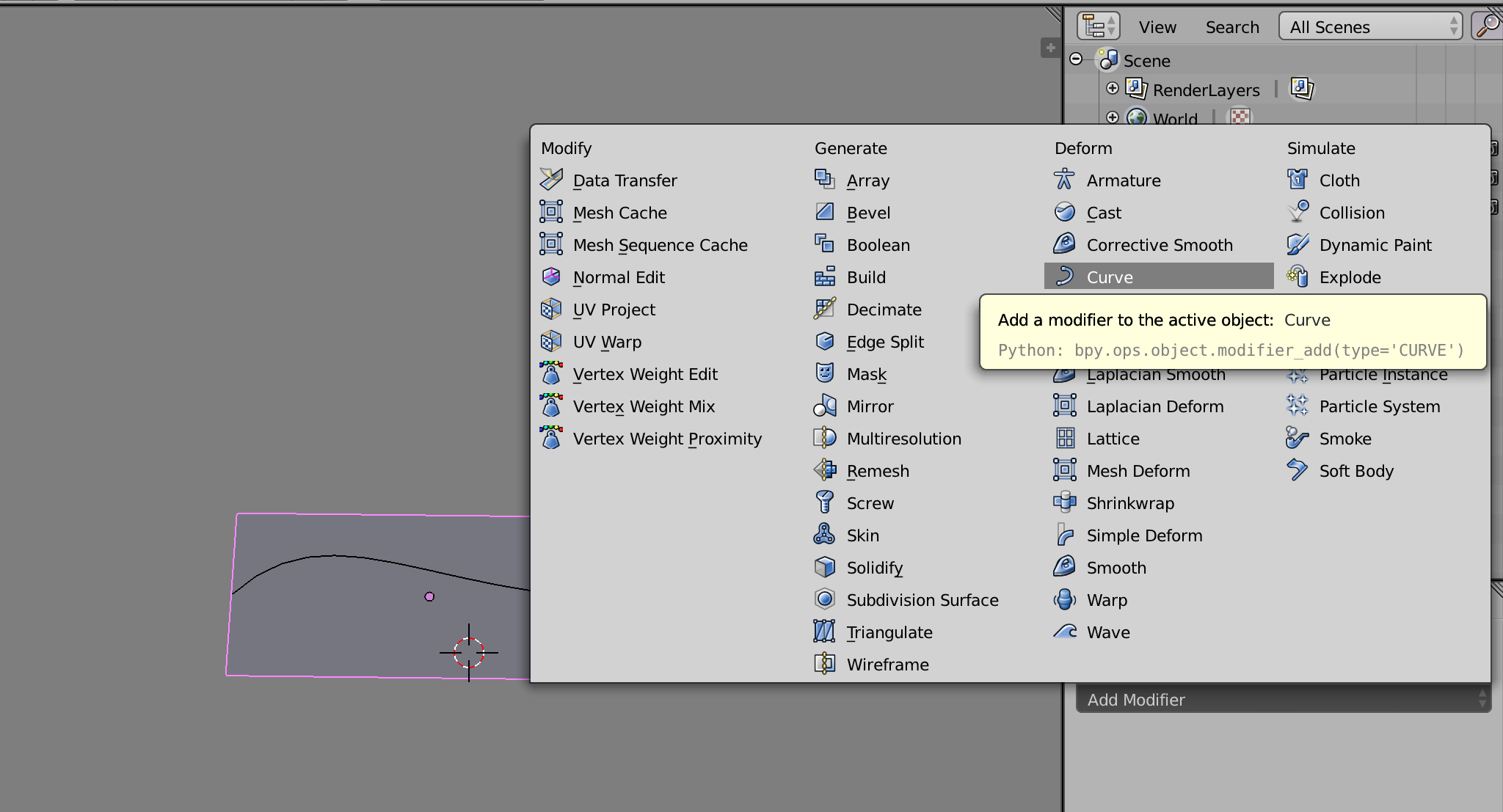 Move (Animate) the Plane on the “X” Axis. 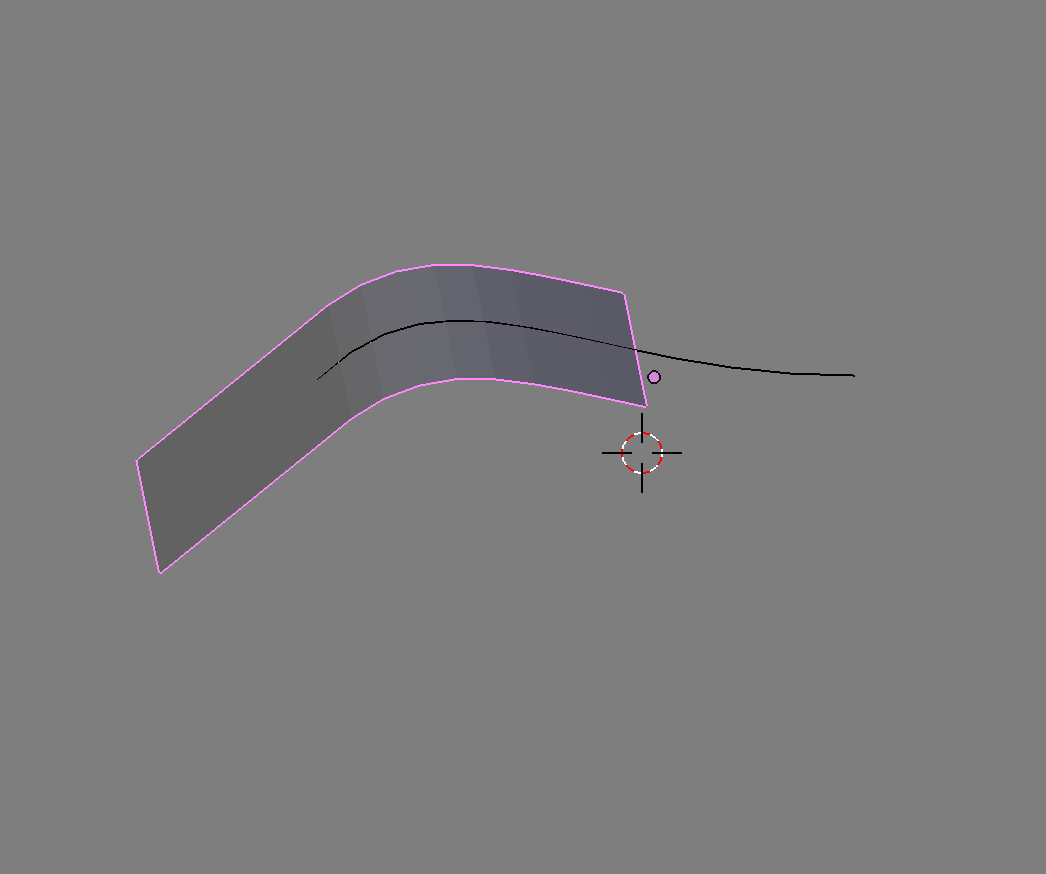 A Bezier Curve with more segments and a Sub Surf Modifier on the Plane. 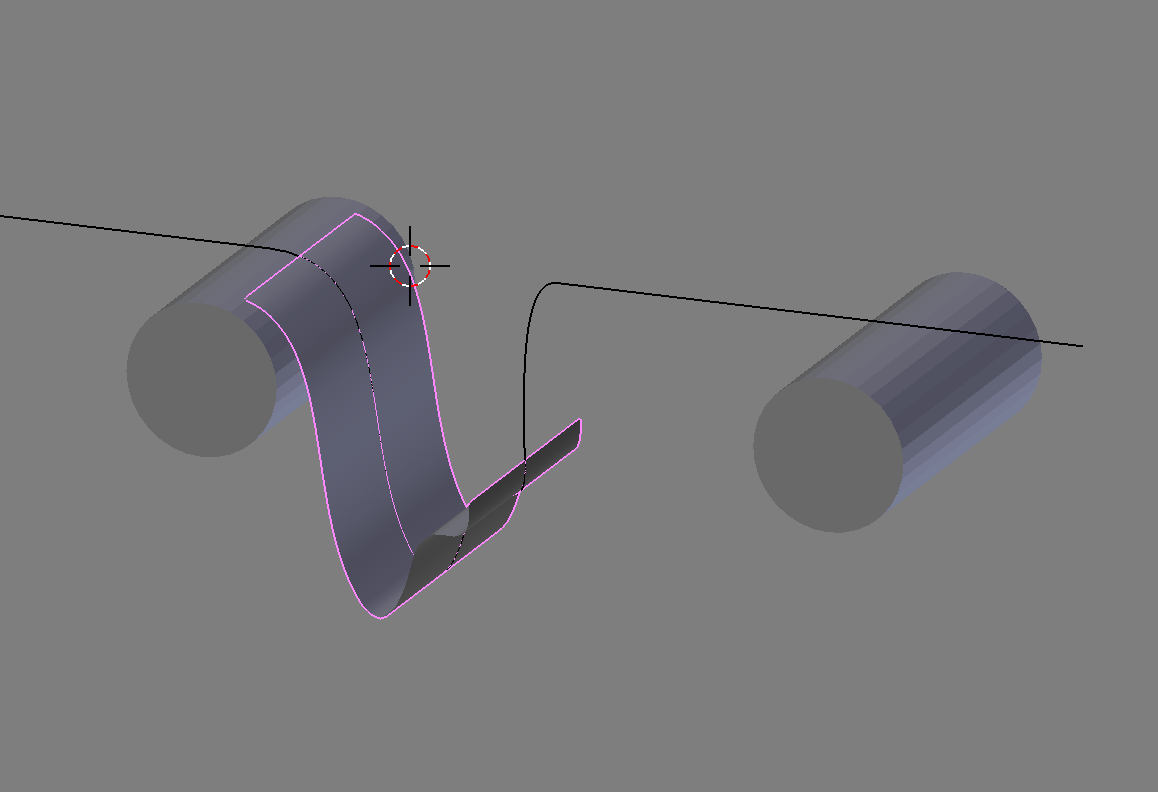 Is this what u need. I understood from your question

This u need to do Select the plane then the curve. Add more loop cut so that have smooth shape to the plane. And press ctrl+P and select follow path and play

Not the answer you're looking for? Browse other questions tagged mesh bezier-curves vertices path or ask your own question.