Scaling to a specific object 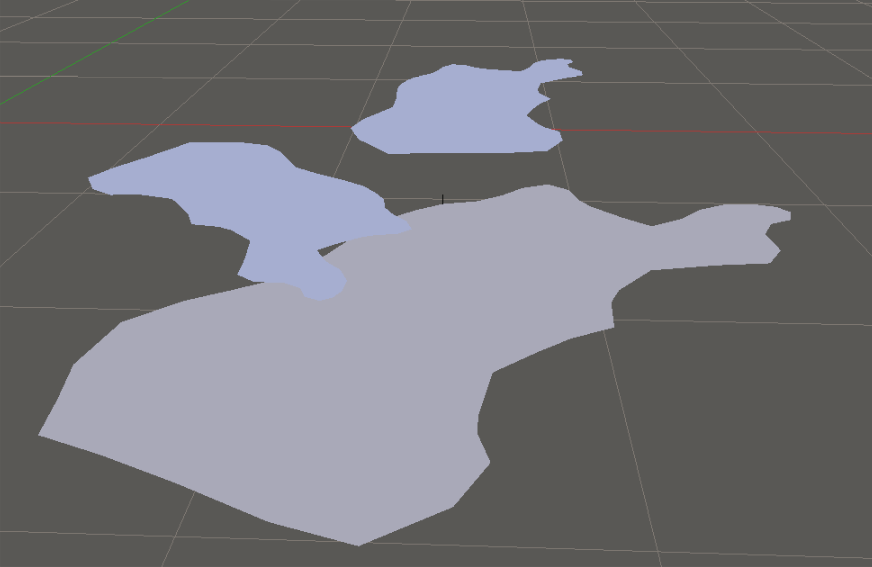 I have this larger face with the exact same 2 smaller copies above it. I have no idea how to make a smooth transition between them. Imagine one big mountain with 2 peaks. The tool I am searching for would extrude the bigger "parent" then move upper vertices to their closest neighbors in the smaller copies by the same percentage. That would be repeated as many times as it takes to reach the shape of 2 copies. The higher the extruded level would be the closer vertices would be to both of these upper parts. That would be of course linear but I would love to adjust that by a custom function. This is my MODIFIED (for the sake of clarifying) proposition. Maybe there are other ways around it to get same result. Okay, I can make this simpler. I want to connect two small shapes to the big one. 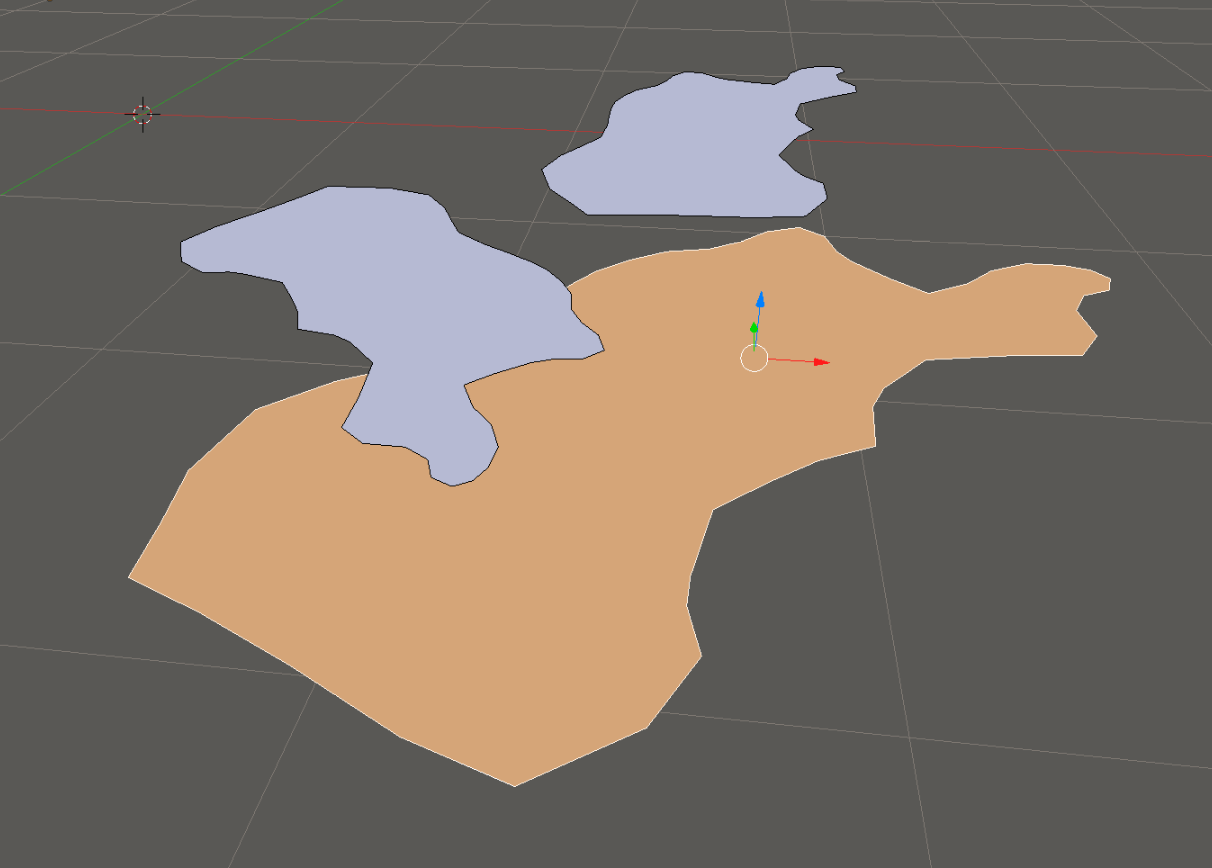 Here is when I try the classic bridge edge loops. 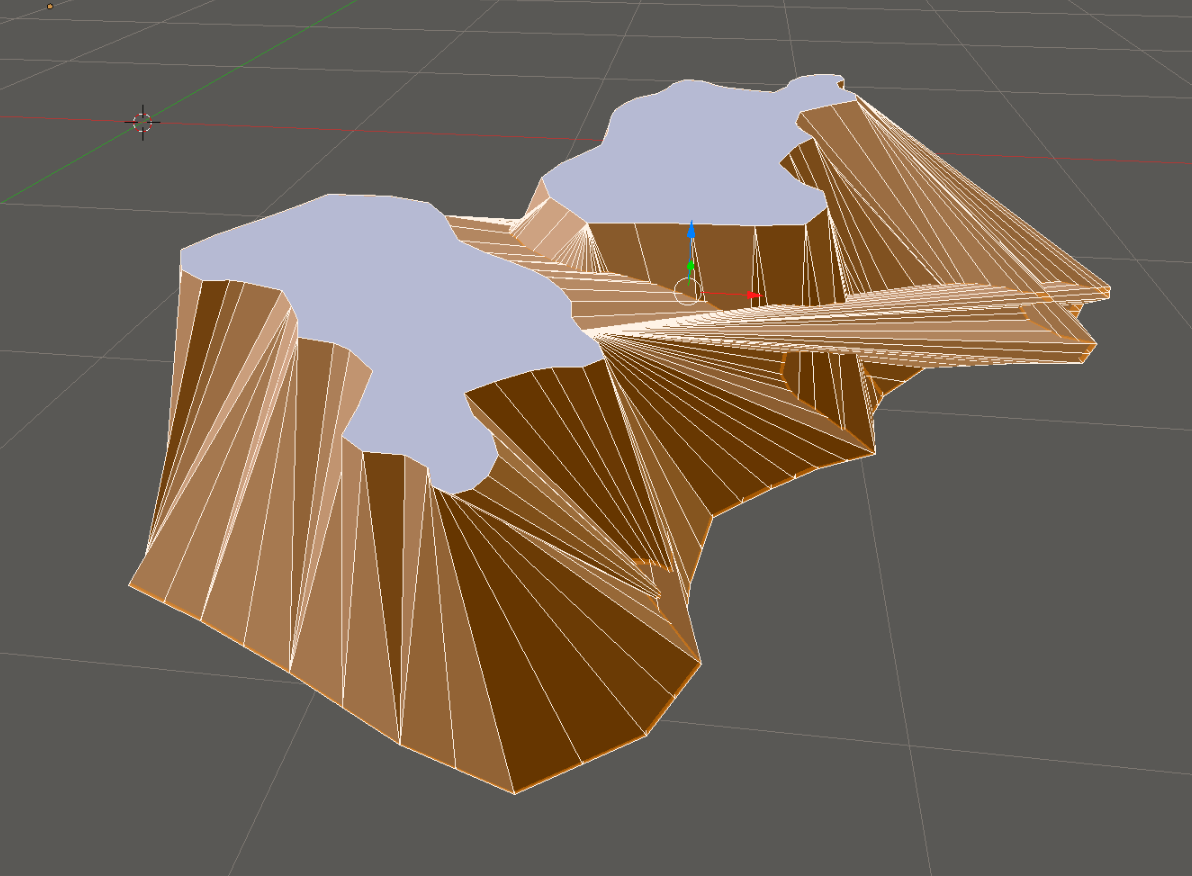 The very origin of the problem is that I want to use a part of mandelbrot fractals as height map. 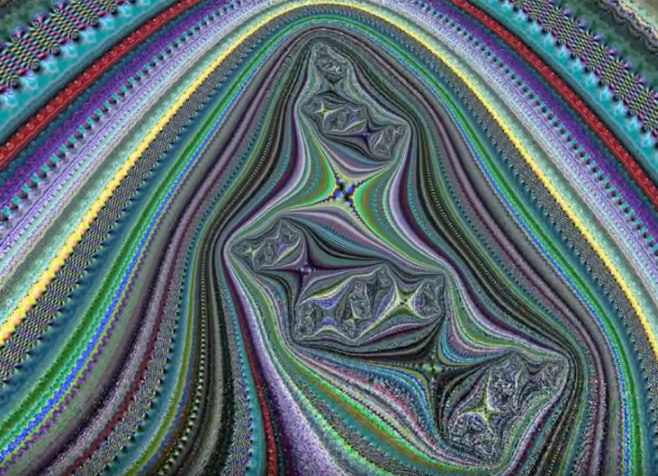 Which is impossible with orginal output and extremely hard (at least for me) to convert. So I tried by hand and this is the problem. Now as u can see, if this was somehow a height map it wouldn't have straight lines like in Aoradon solution. I might make edge loops in between though and scale them down. Subdivision surface mod would make it appear like a curve.

Your question is rather difficult to understand so this may be incorrect, but are you looking for bridge edge loops? Using bridge edge loops you can take two of your faces and bridge the gap between them (It finds the nearest vertex). It works by taking two selected edge loops as input. In the example below there are two identical planes with one rotated. 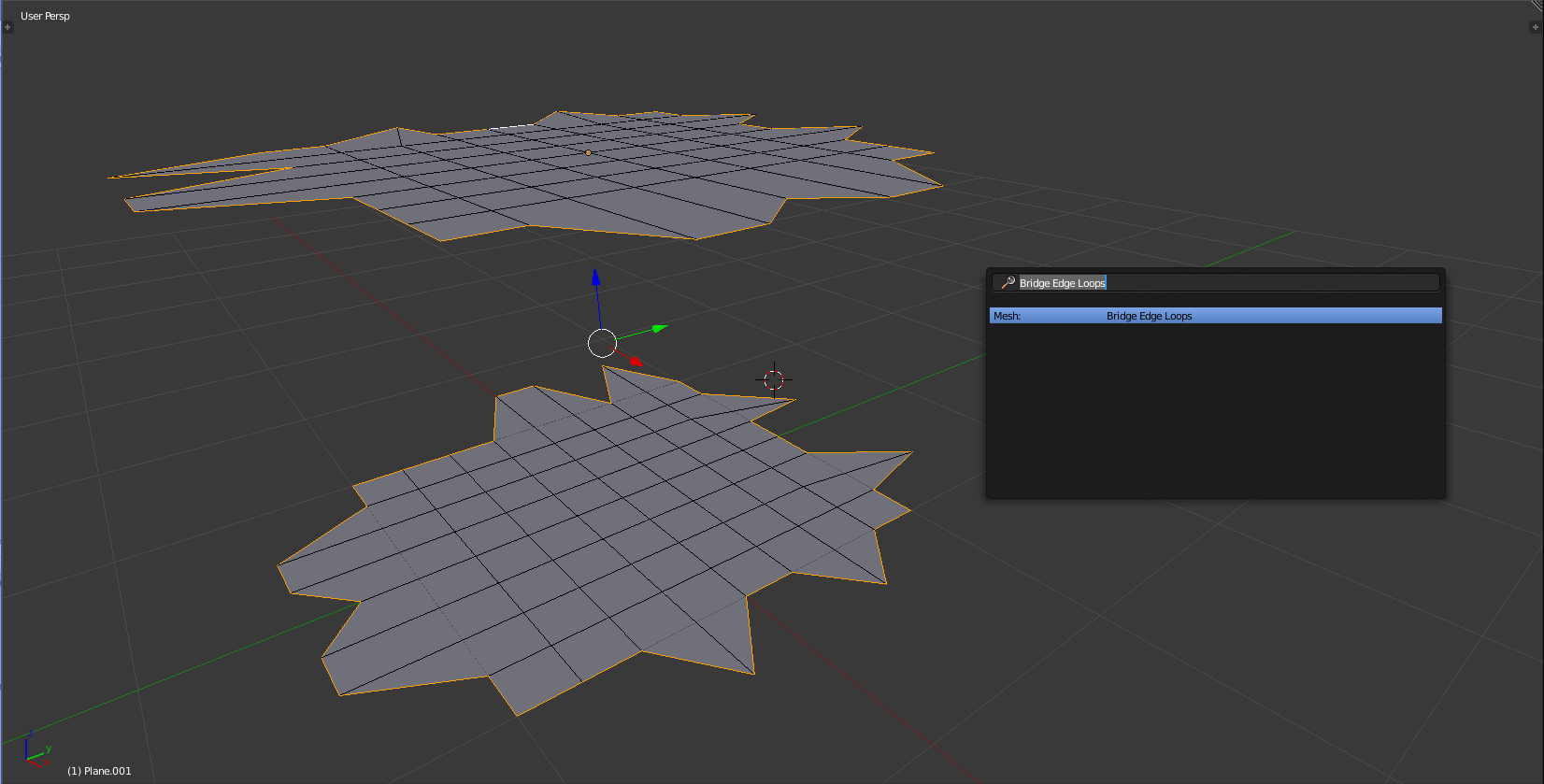 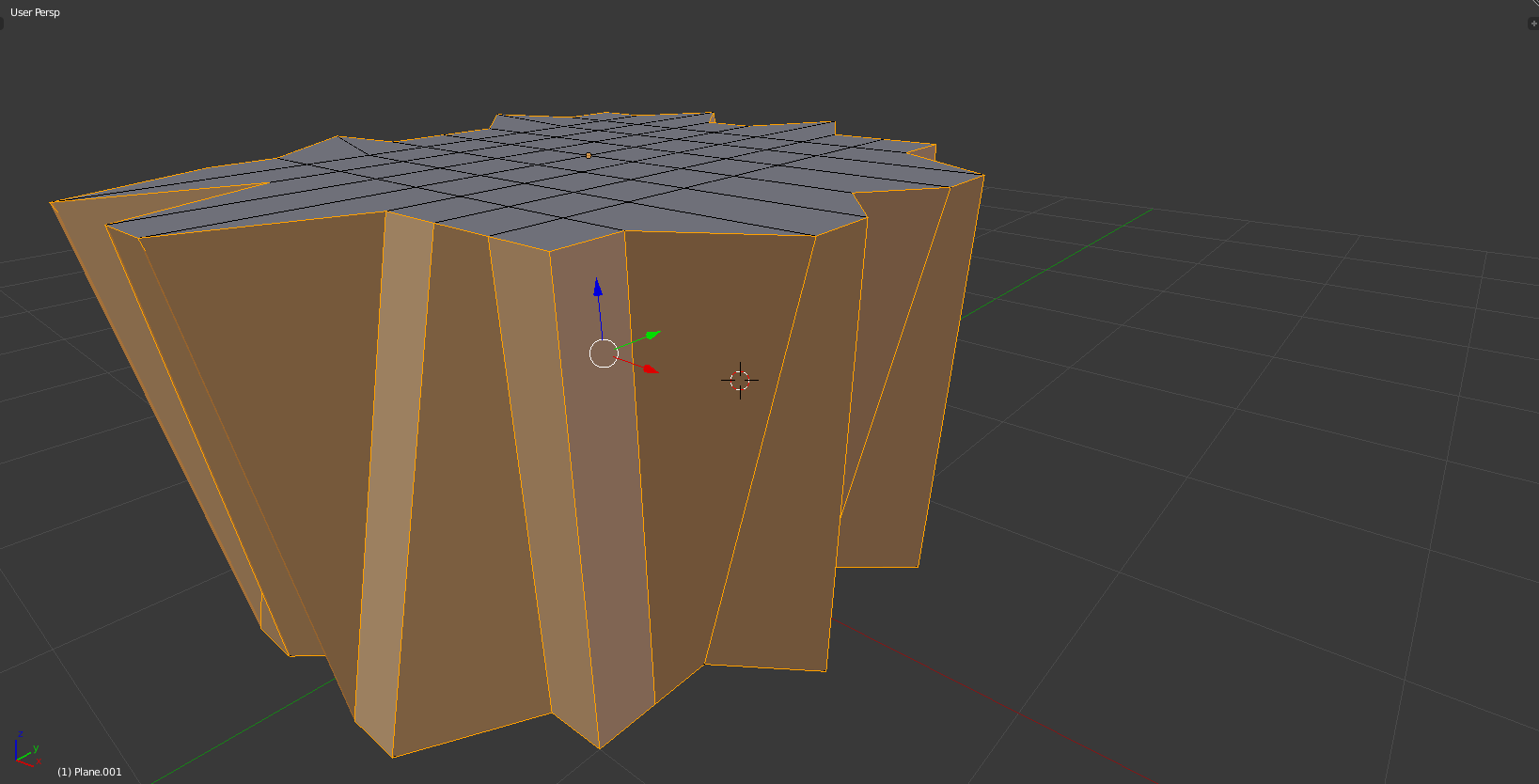 I found another solution I would have more control of. I could just extrude the 2 smaller meshes then use Boolean on the larger parent so that I end up with one flat mesh with 2 holes of... its children. Then I prepare this mesh for last step (triangulating and subdividing makes geometry density(?) uneven and this has to be fixed). Then I just use connected proportional smooth falloff while moving the loops in holes by z axis up. 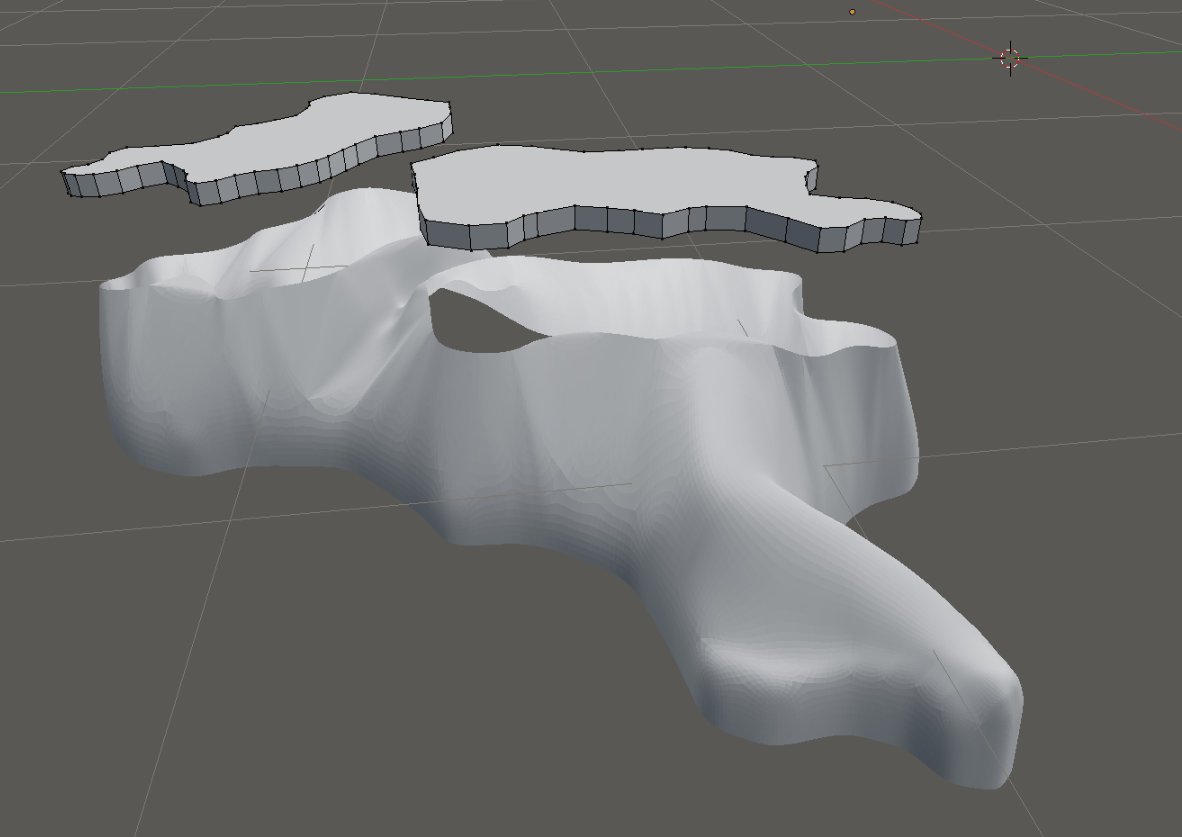 I think both of them are final solutions.

I gave up on the idea, but after (thx cegaton) reminder here is what works best. You have to export these existing 3 objects as a height map from orthogonal up view. Then using for ex. paint.net smooth out edges of the whiter part of the image (2 smaller objects). Use the exported image as height map for a plane. Get rid of the square shaped basis and here it is. Some fixes are needed but that's the final solution.

Not the answer you're looking for? Browse other questions tagged modeling mesh transforms vertices faces or ask your own question.