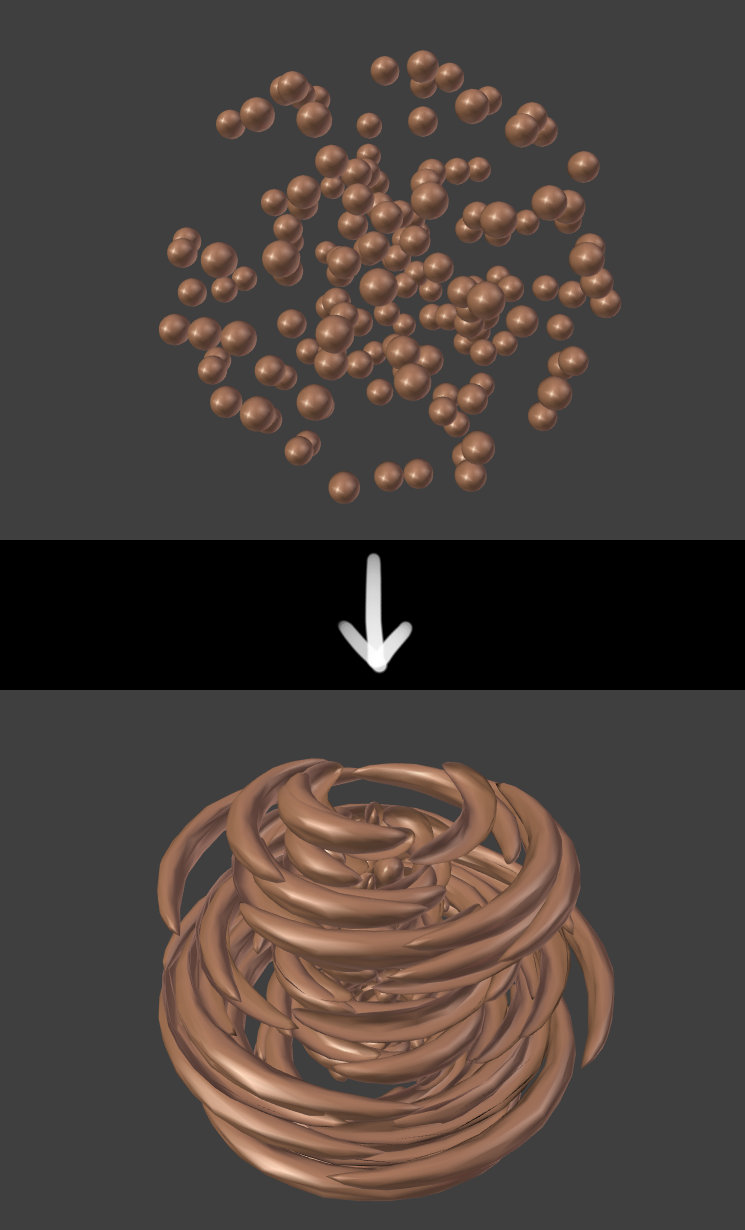 ...but with 3D texture coordinates.

Can we achieve that with Cycles nodes ?

Found it. The idea is to use a gradient node in radial mode and plug it to the angle of a rotation node (just like a Mapping node but with an input socket for the rotation). Since such a node doesn't exist in Blender we make it with math nodes.

First the rotation node itself (it's a node group) : 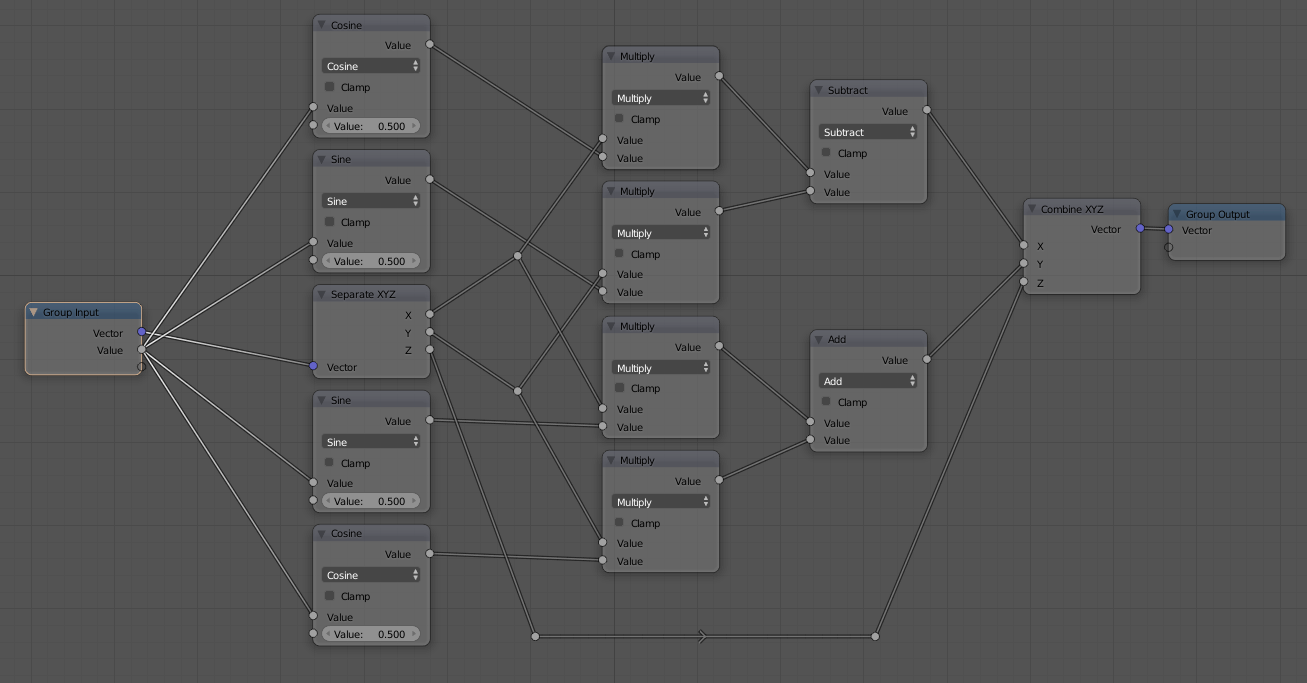 then the general setup (the green node is the rotation we made above and the yellow node is the one to animate (the second value in the Multiply node) :

Here is the file : 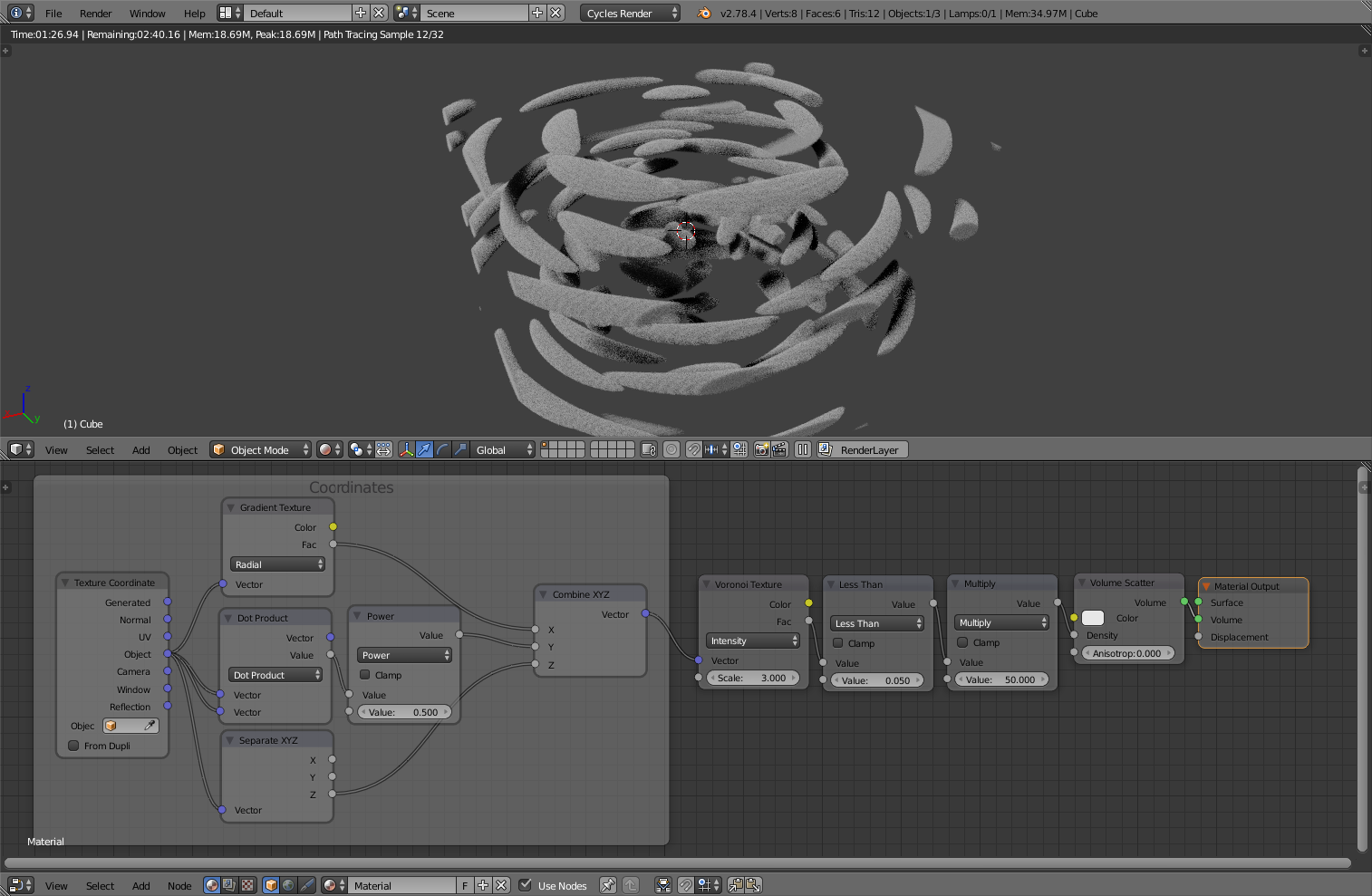 Just for illustration of what I PM earlier..

Not the answer you're looking for? Browse other questions tagged procedural scale texture-coordinates distort or ask your own question.

7
Is there a way to change the mortar geometry of the Brick Texture?
1
Use Camera/Window projection when texture painting?
1
How can I use the bump node and wave texture node to create ridged spirals around a vase?
2
Texture UVs and Array modifier
0
UV cube projection preserving vertex coordinates
6
Distort procedural texture along concentric circles