A Problem In Cell Fracture

I Was Recently Trying Making A 3D Falling Text into The Ground And Breaking Up Into Pieces . But I Had A Problem In Cell Fracturing. When It Is Finished It Was Very Bad. 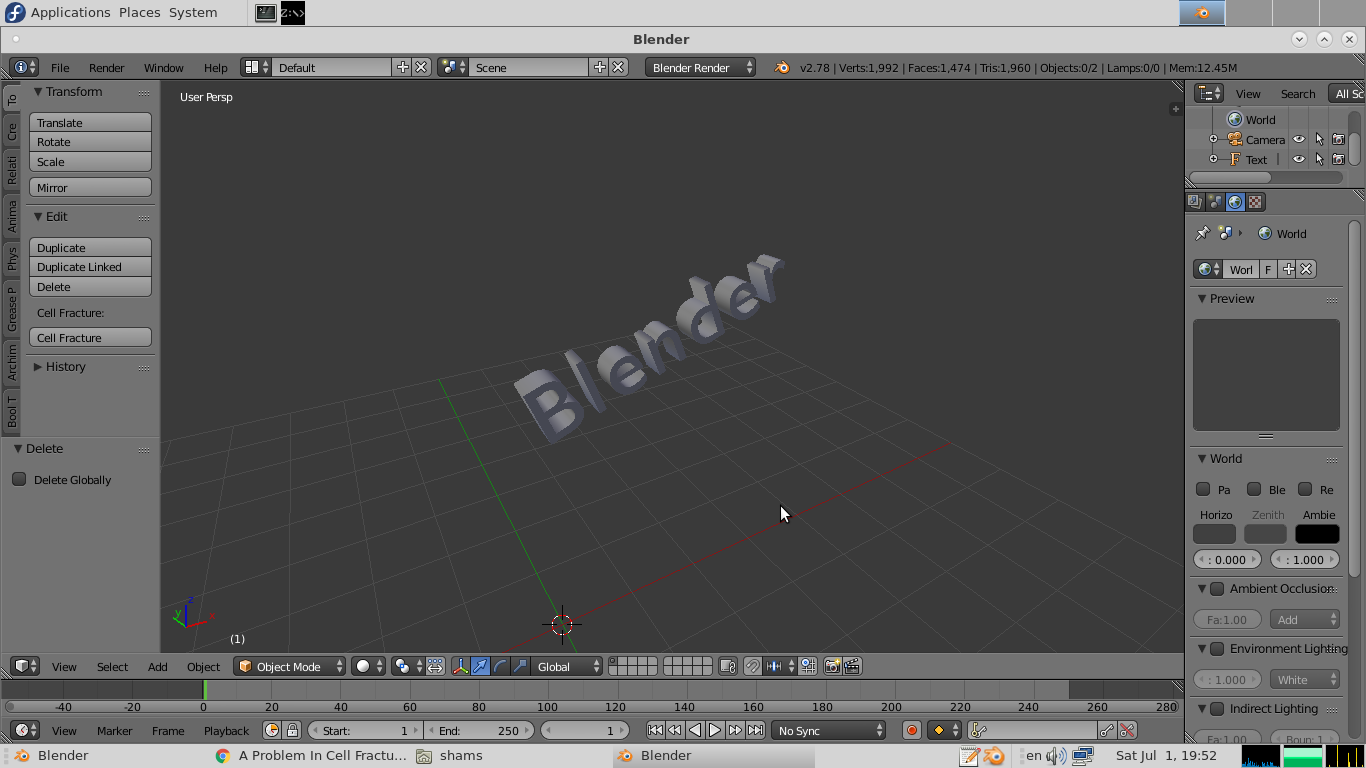 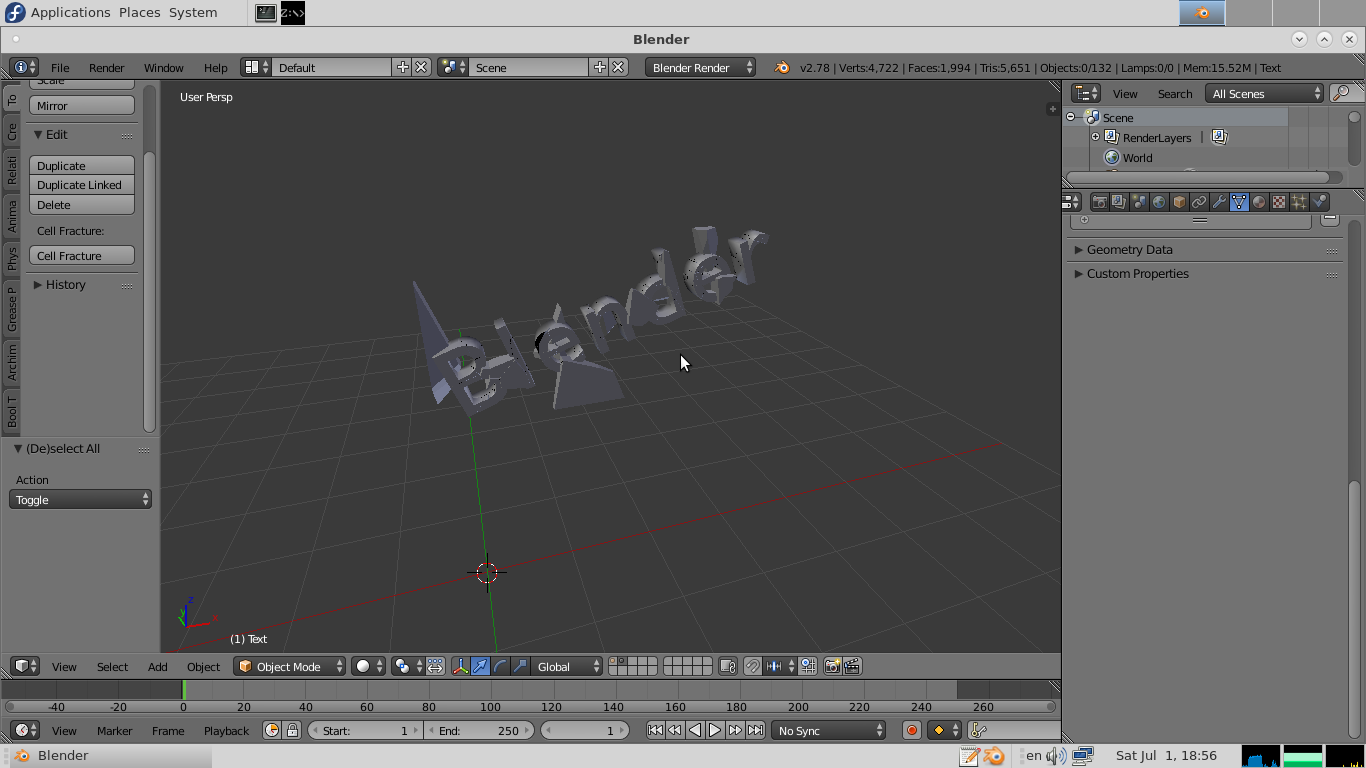 I Added To My Mesh A Remesh Modifier Because I Think That It Will Be Better But, Some Changes Only Happened And It Was not Perfect: 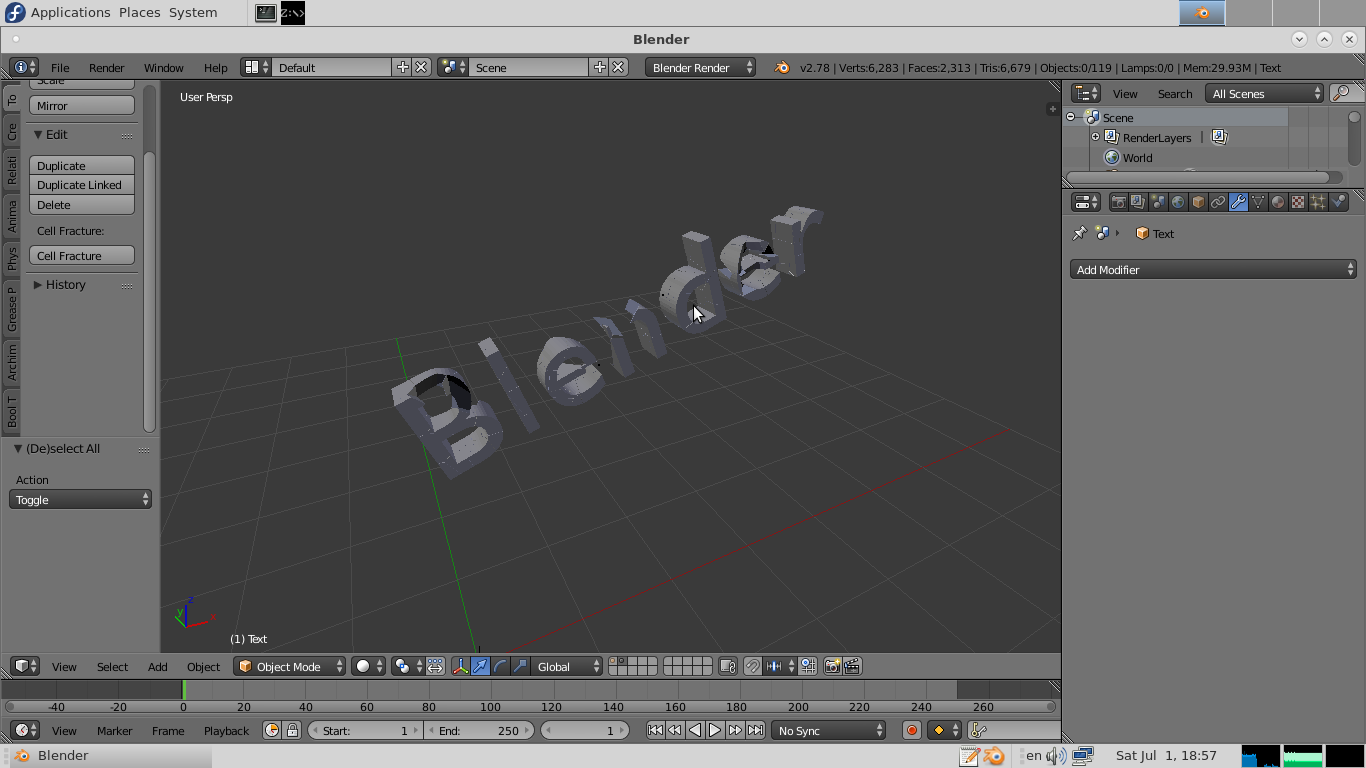 Actually This Problem Happens To Me Often In Blender And I Need Help Please. -Thanks-

As for most of those issues the main problem lays in bad topology.

Example above is made from retopologized Text Object. It's not the best topology you can get but it should show you what you want to achieve finally. Quad based topology. 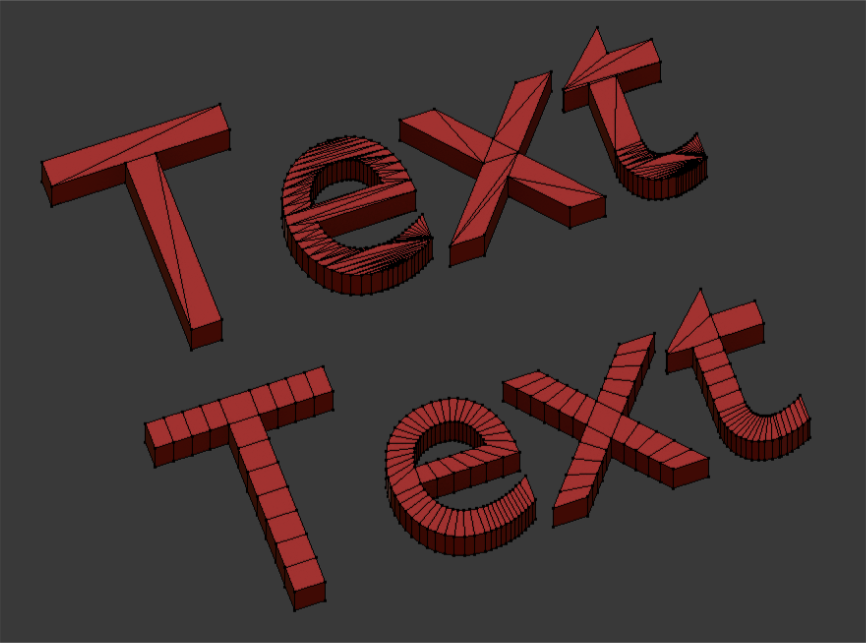 You can try to use Remesh Modifier. Check:

But those are examples for Text Object. As for more complicated meshes Remesh Modifier is not working very good.

Take my advice and start making meshes with quad topology in mind. It will pay off quickly.

My example was made by deleting inner part of each letter and then filling them with new quads by hand. F2 and LoopTools addons can help you a bit.

I'm not making How to retopologize Text Object answer as this is not a part of this question.

To get rid of the bad default text topology, you could also:

1) Use remove doubles and

This will create n-gons, though, but the final geometry looks much cleaner.

Then you could add optionally a triangulate modifier, since Boolean operations can handle them a bit better than n-gons in my experience.

And finally you could use cell fracture OR you could use the Fracture Modifier, which gets you better results and is faster, but it is available in a separate build of blender only.

The Fracture Modifier can also operate directly on the text (and does remove doubles and limited dissolve as preprocessing step internally too) , but this might not work every time.

In this case you might convert to mesh, make remove doubles and limited dissolve.

Links to builds are here

Edit: Result will look like this... with some constraints in Fracture Modifier (FM) and an edgesplit modifier after FM.

Thank You All For Helping Me In This But Actually , After A Long Time I Found The Answer :

I Didn't Add Thickness To My Text , I Convert It Into A Mesh As soon as I Typed it. 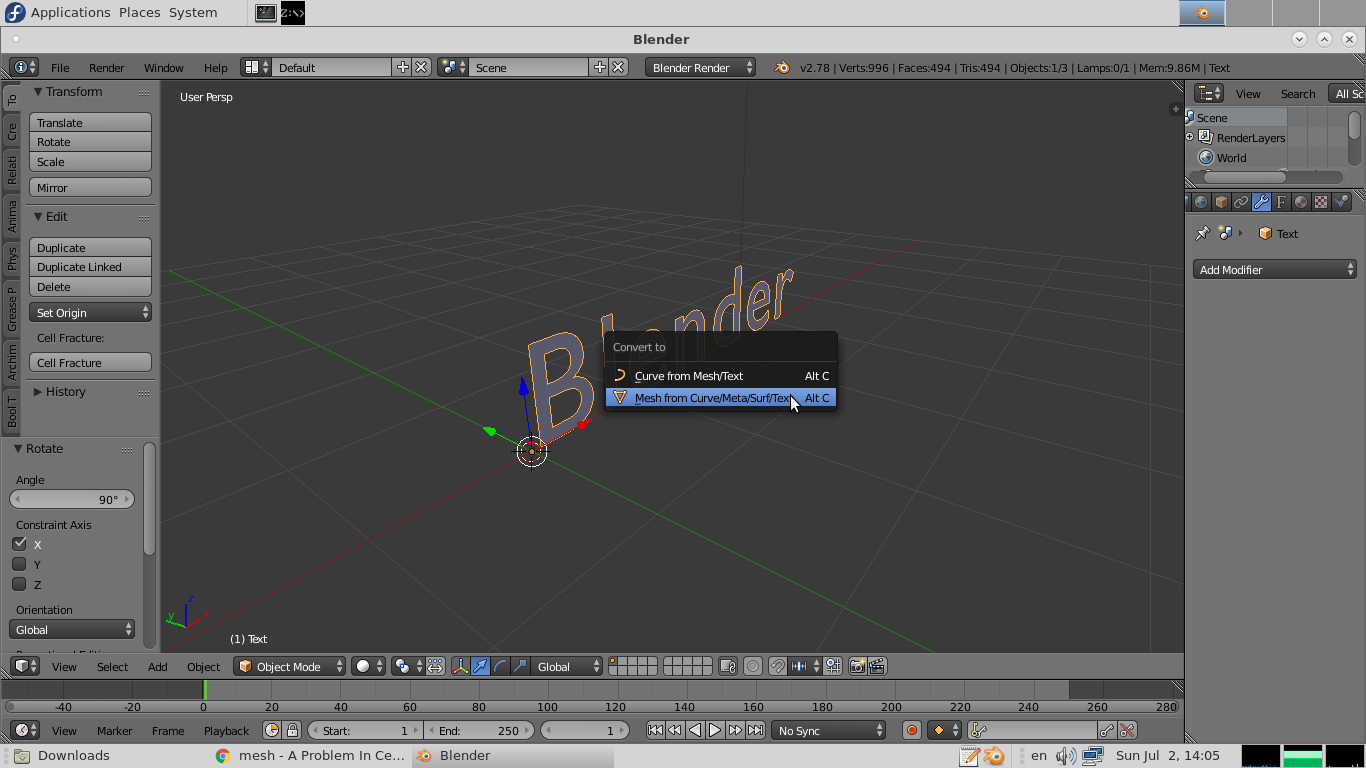 Then I Entered The Editmode And Selected Everything And Extrude Them. 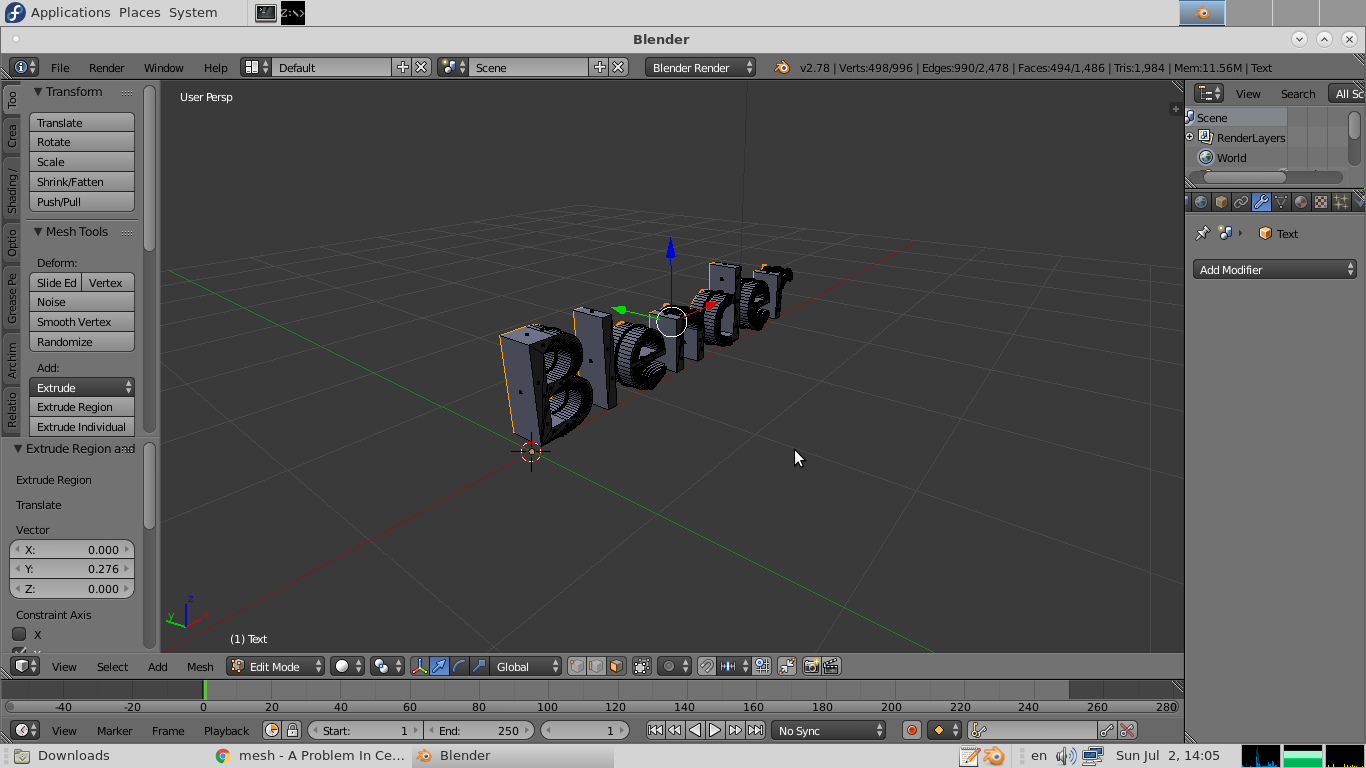 And When I Made The Cell Fracture Without Changing In its Sittings. And Now : 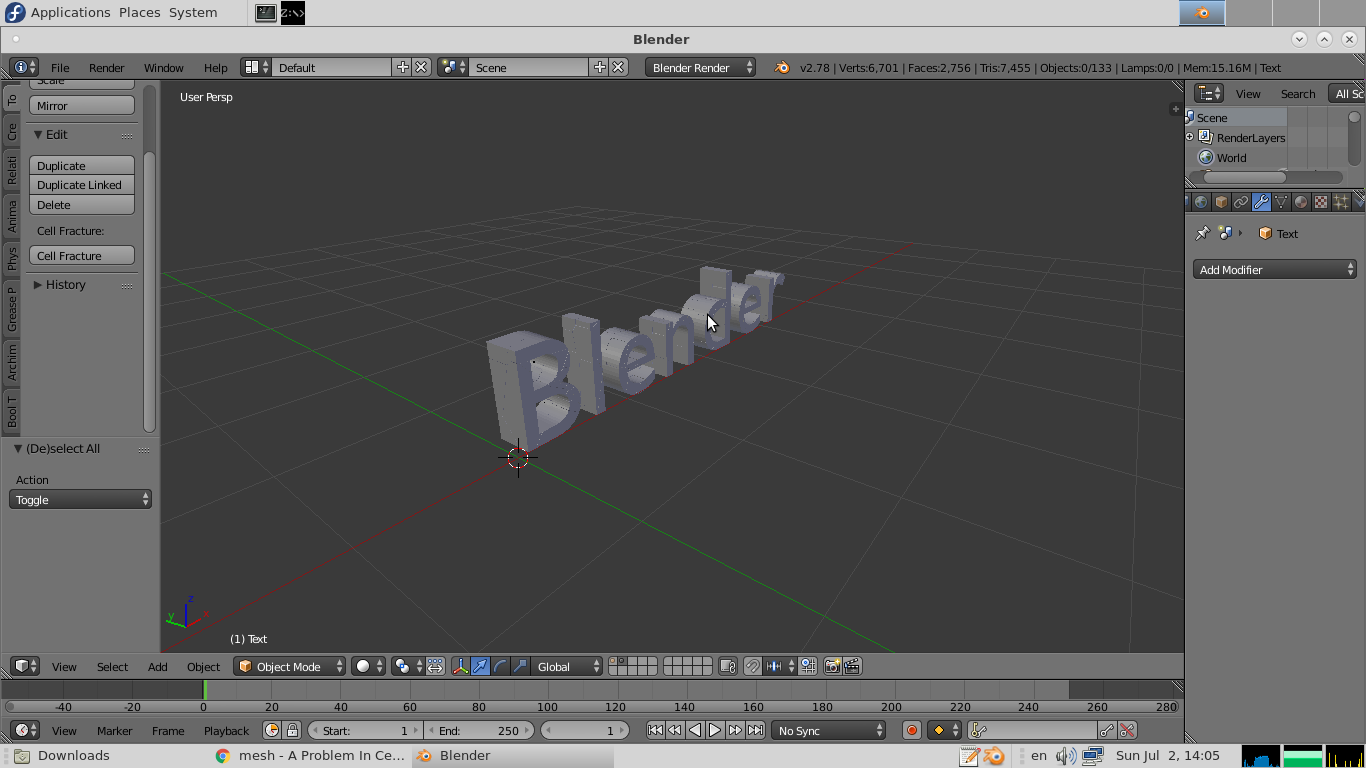 It Became As You Can See . Not Having Any Problems. Actually I Don't Know The Reason For This But I Found This Way Which Can Be Useful In This Situation.
- Thank You All For Your Efforts -

Not the answer you're looking for? Browse other questions tagged mesh add-on or ask your own question.