Why is the curve modifier deforming strangely?

everything worked nicely until I added cogs and translated and scaled the chain parts to fit the cogs.

I tried to apply transformations, re-added the Curve Modifier but had no success, it still deforms the chain that strange: 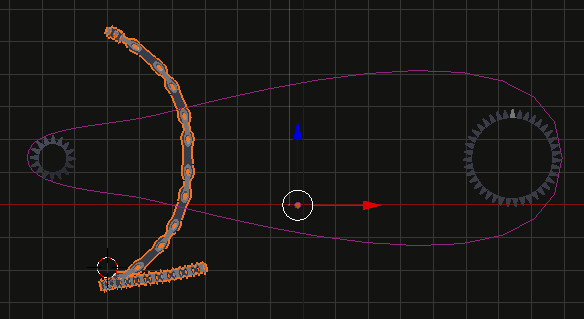 Before I messed it up it looked like this:

How could it be fixed?

modeling modifiers bezier-curves
Share
Improve this question
edited May 22 '14 at 7:50 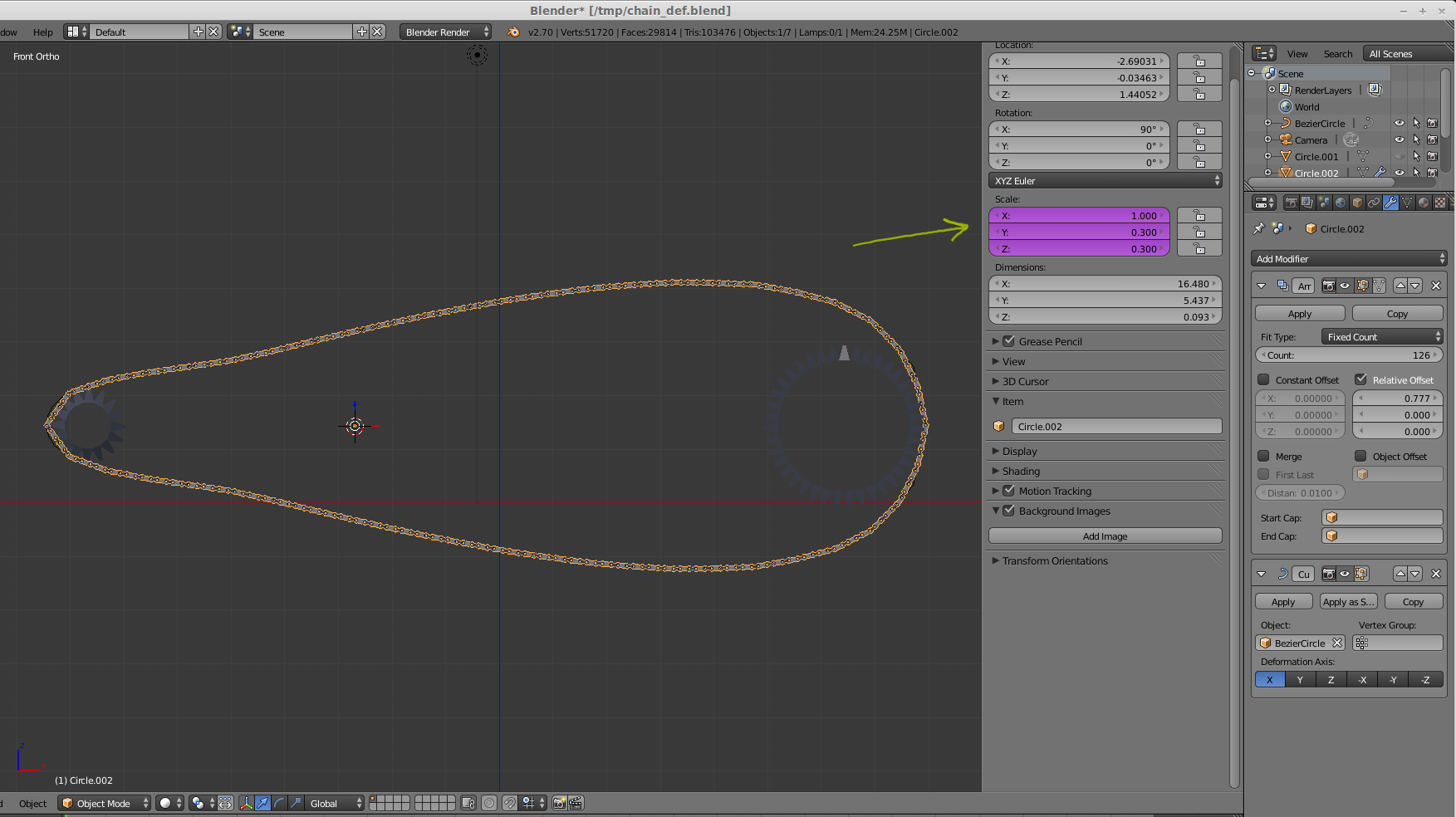 If you want the chain to follow the curve, move it to the origin of the curve (they need a common center).

Then apply your curve modifier and the chain will follow the curve correctly.

The deformation is fixed scaling the object

OK, this is a few years old, but I found this recently so I suspect other will to. I think it's incomplete and thought I'd share.

The question was: "Why is the Curve Modifier deforming strangely?" The short answer is: It obeys exactly what has been done to the curve.

Clarification: If you reached the current state of the curve using transforms like, Scale, rotate and Location, this will be done to the object you apply the curve to. Take a look at the Transform properties Ctrl + N and look at the Scale and Rotate. If this is not (1;1;1) and (0;0;0) respectively, that modification will be applied to your object/array. To avoid this, apply every aspect of Transform using Apply Object Transform Ctrl + A > Rotation & Scale before adding the curve modifier.

NOTE If you got of to a bad start, remove the modifier before applying transform Ctrl + A. It get's confusing when trying to adjust with the modifier in place (mute or not!). If you did it all correctly and something is still mirrored or turned inside out, fix it with clean set of factor -1 transforms and Apply transform before doing anything else.

I recently tried to apply a circular curve to an array but found it following the inside of the curve instead of the expected outside. Fixed it with a set of Scale -1 on two of the axis and Apply Scale. I think it got the result from the order in which I mirrored the object before applying the array. Aka, if you mirror from negative side of the coordinate space to the positive, it will give different result compared to starting with all positive vectors and mirror to negative side. (Applies to X, Y Z respectively with different result). This is basically an observation of previous answers "Honor the predominant axis and direction" answers I have seen.

1
Curve modifer has unusual inversion
28
How do I prevent object distortion when applying a curve modifier?
3
Armature chain follow a path
3
How to position solid objects so they're attached, ie links on a metal watch strap?
1
How can I align a text object to curve without deformation?
0
How to properly use Curve modifier?