I've been trying to create a live venue in blender recently, but have gotten stuck at the point of making realistic spotlights.

First I tried using a cylinder mesh with an emissive transparency shader mix. Though this produced decent results in terms of lighting the venue, this method had its issues. Mainly being that the beam itself, being a solid object, ended up looking beyond amateur than what is desired. Additionally, with having so many emissive objects in the scene, it's hard to balance a strength in them all that not only powerfully lights up and dyes a large room in its color, but doesn't also blow out the lighting in the scene and produce fireflies.

Then I tried using a spotlight lamp with volume, which is what I had intended to use originally. This worked a lot better, but using volume brings up other issues. First off, it’s noisy of course, especially so because the start point is visible. Not only this, but it bumps the render time significantly (about 15mins per frame). This also doesn't do much for lighting up the rest of the room. 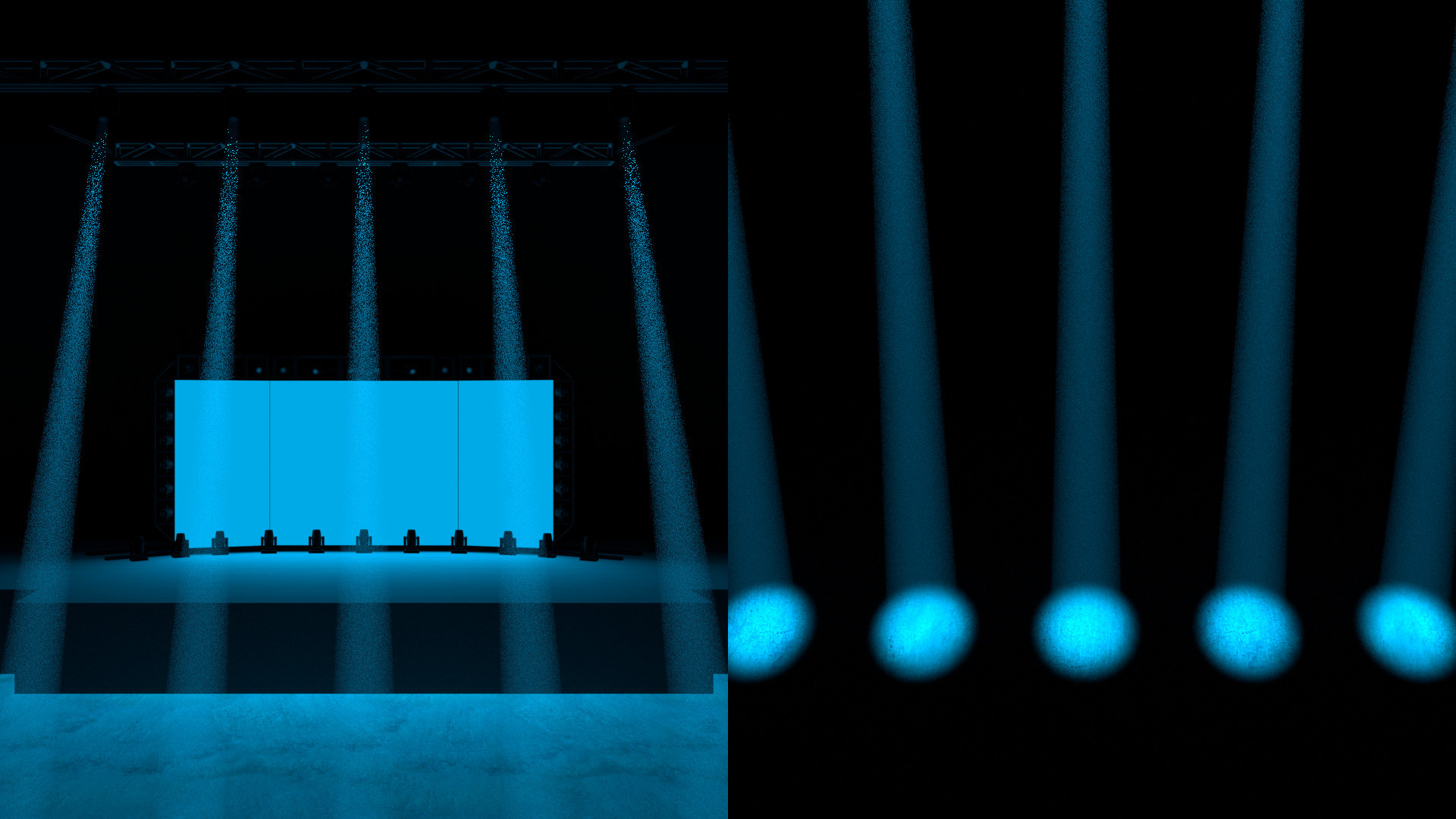 So my question is, how can I improve my current method, or how could I make a realistic looking light beam for this scenario? Not only do I want an appealing visible and smooth looking beam, but preferably I’d also like it to effectively light up the room with its color. A method that doesn’t require a major render time bump would be optimal too, as the animated scene I’m doing involves a lot of frames, but nonetheless I’d like to know all my options here.

Any help would be appreciated!

If you want realistic results in cycles, there is no way around using spotlights and volume scatter with optimized render settings.

Here is a link to a similar question: Volumetric Spot Light with Cycles

Unfortunately this will still give relatively amateurish results as the cone will always stay sharp at the edges, which spotlights dont do.

Another way would be to create an alpha texture with a faded gradient and use planes to fake the cone, unfortunately this will only work good if the result is not animated and doesnt change perspective.

Not the answer you're looking for? Browse other questions tagged cycles-render-engine volumetrics lighting or ask your own question.

28
Glow with depth in Blender?
26
How to Create Dust Floating in the Air?
7
How can a light cone (volumetric) be setup with cycles?
6
Volumetric Spot Light with Cycles
3
How can I make a cone of light be more realistic?
1
Trying to fake "God Rays"/ Stage Lights with materials