I am trying to rig up an existing mesh with some .BVH motion capture data, but the pose the mesh is in does not entirely correspond to the neutral pose of the skeleton contained in the BVH file. This results in awkward-looking results for certain parts such as the shoulders and head position, but editing the mesh manually to match the rest position of the armature would be very cumbersome.

From a mathematical perspective, there shouldn't be any additional difficulty in allowing the rest position to be edited or equivalently allowing a model to be reparented to an armature in non-rest pose (adjusting the vertex weights and bone matrices accordingly), but it doesn't seem like Blender allows doing this (as of 2.69).

What would be the best/least-effort workflow for rigging up a mesh which is hard to adapt to a given skeleton's rest pose?

You can change your pose and apply it as rest pose. 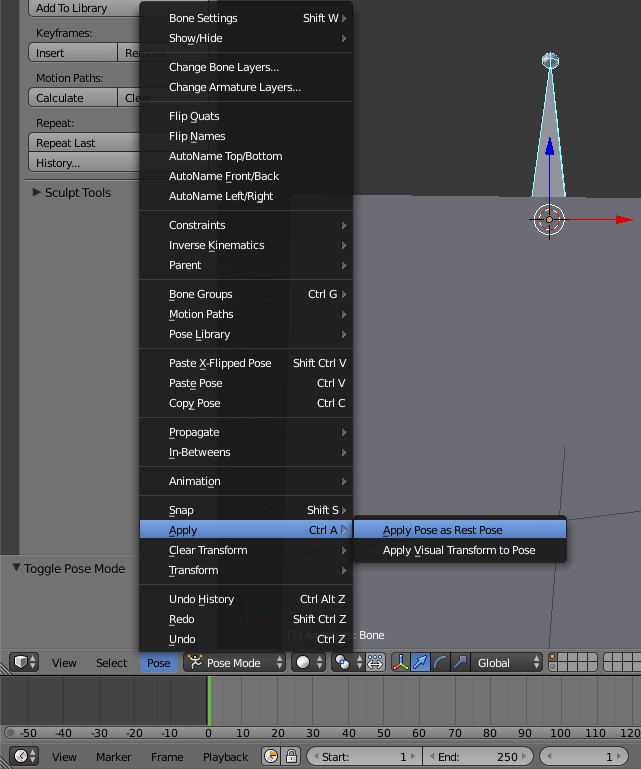 One trick is to clone the original Armature, modify the clone's rest pose so that it fits to the BVH as described above.

But then add bone constraints which would use the clone as driver (proxy?) for the original armature. When you do this then you can keep your Original Rest Pose intact...

Not the answer you're looking for? Browse other questions tagged modeling armature or ask your own question.