So I am trying to make some simple bunny ears and adding hair to them, but when the hair is added it doesn't grow in the direction of the normals of the faces of the mesh, instead they seem to grow straight up or straight down in the global Z axis and I have no idea how to fix it. 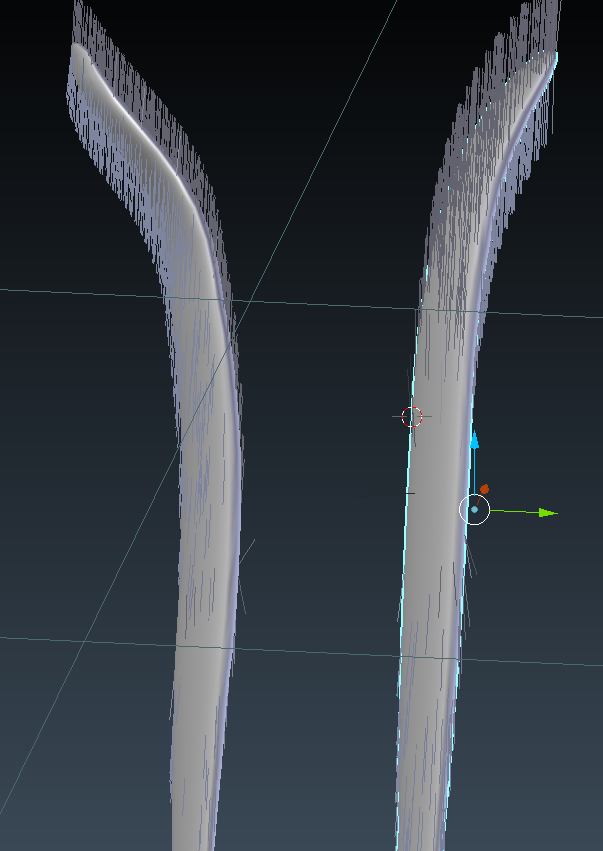 Also the hair is impossible to comb or straighten as you can see in the gif below where I an trying to comb it, but the hair seems to be stuck in the Z axis.

I made the mesh by placing a cylinder, making a bunch of loop subdivides on it, flattening it in the Y axis and then scaling each edge loop to look like a rabbit ear and finally giving them some curvature by moving the tip of the mesh with proportional editing enabled.

Maybe you have uniform scale on your model? Try to use "apply scale": Ctrl + A -> Scale in object mode. When recreate hair.

Learn why is it important to apply transformation to an objects data?

52
Why is it important to apply transformation to an objects data?