Making video strip end at its last frame after speed modifier is applied?

Normally I would just set the Trim Duration (hard) - Start to 600 frames, and then Length to 300 frames, but not this time... After applying the speed modifier strip's Length remains 7200 frames, but it really ends somewhere at 3600 frames. So I believe I should set Trim Duration (hard) - Start at 300 frames and Length to 150 frames. I feel like I'm calculating in the dark and I'm not even sure my math is correct.

Any tip / trick would be greatly appreciated.

There's very similar question and the answer which has been accepted but it doesn't really answer the question, but rather explains what's going, which is obvious anyway. 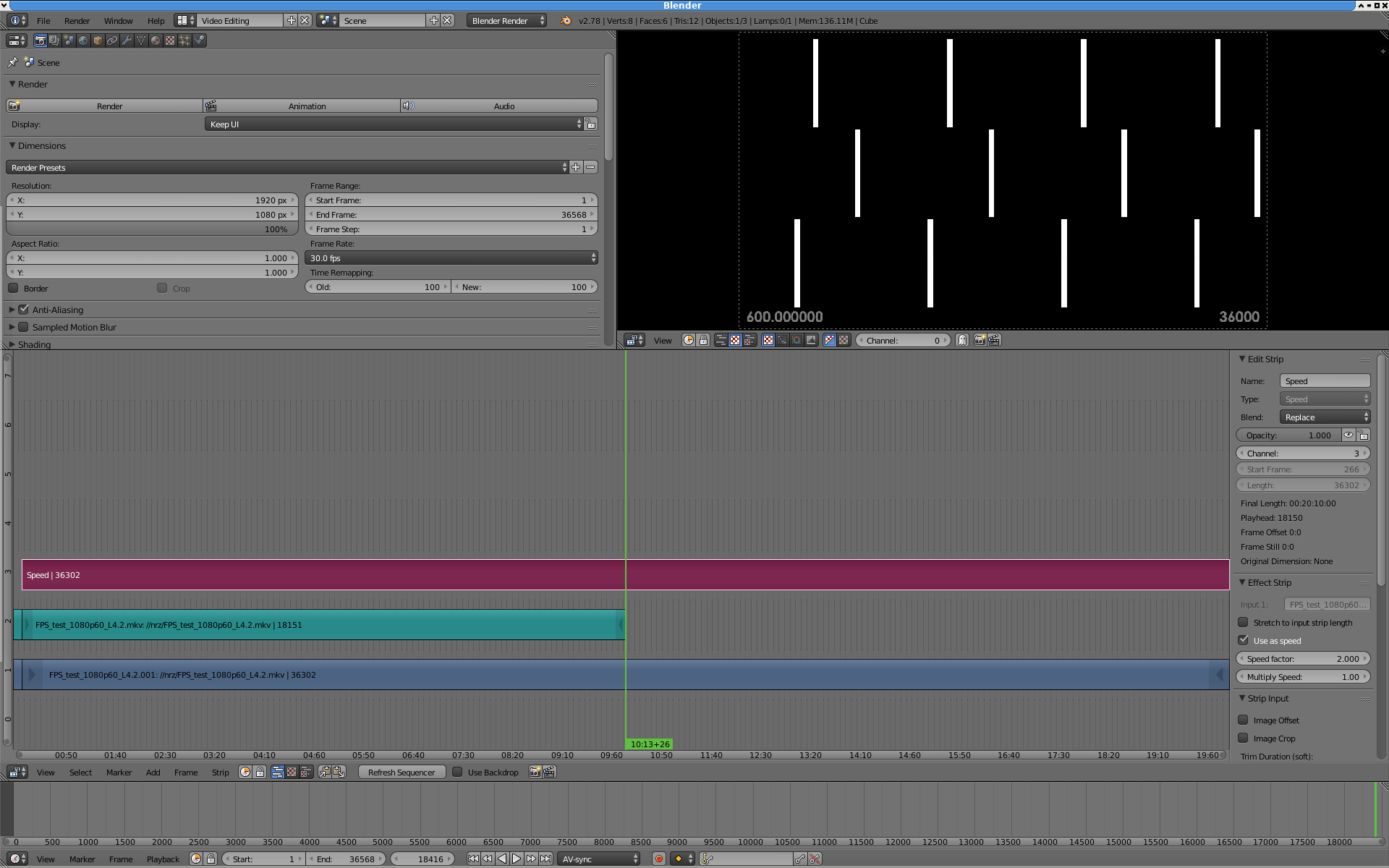 In the image above you can see that I have one short video strip (30 fps) at the beginning, and then this 60 fps video strip, which is 36302 frames long.

I've applied Speed factor 2, hence now my video is twice as fast and therefore it ends at frame 18151 (half the length of the original).

But note, what is Blender showing to me? Original strip remains 36302 frames long, even though half of the frames are just blank!

I can of course adjust strip length manually by moving its right end to where the actual video ends, but that is very counter productive.

My understanding is that you'll have to select the video strip and then either change the "Length" parameter to half its original value, or, as you said, adjust the strip length manually by dragging its right end to where the video stops. Once you do this, the "speed control" effect strip will also automatically match the length of the video strip.

There is an option Stretch to input strip length, under Effects Strip on the properties panel. If you check it, the speed will automatically adjust depending on where you drag the end of your strip. If you want you video to play twice as fast, make the strip half as long with this option enabled and your video will always end at the last frame.