I'm having an issue with the curtain I need to make in a scene. 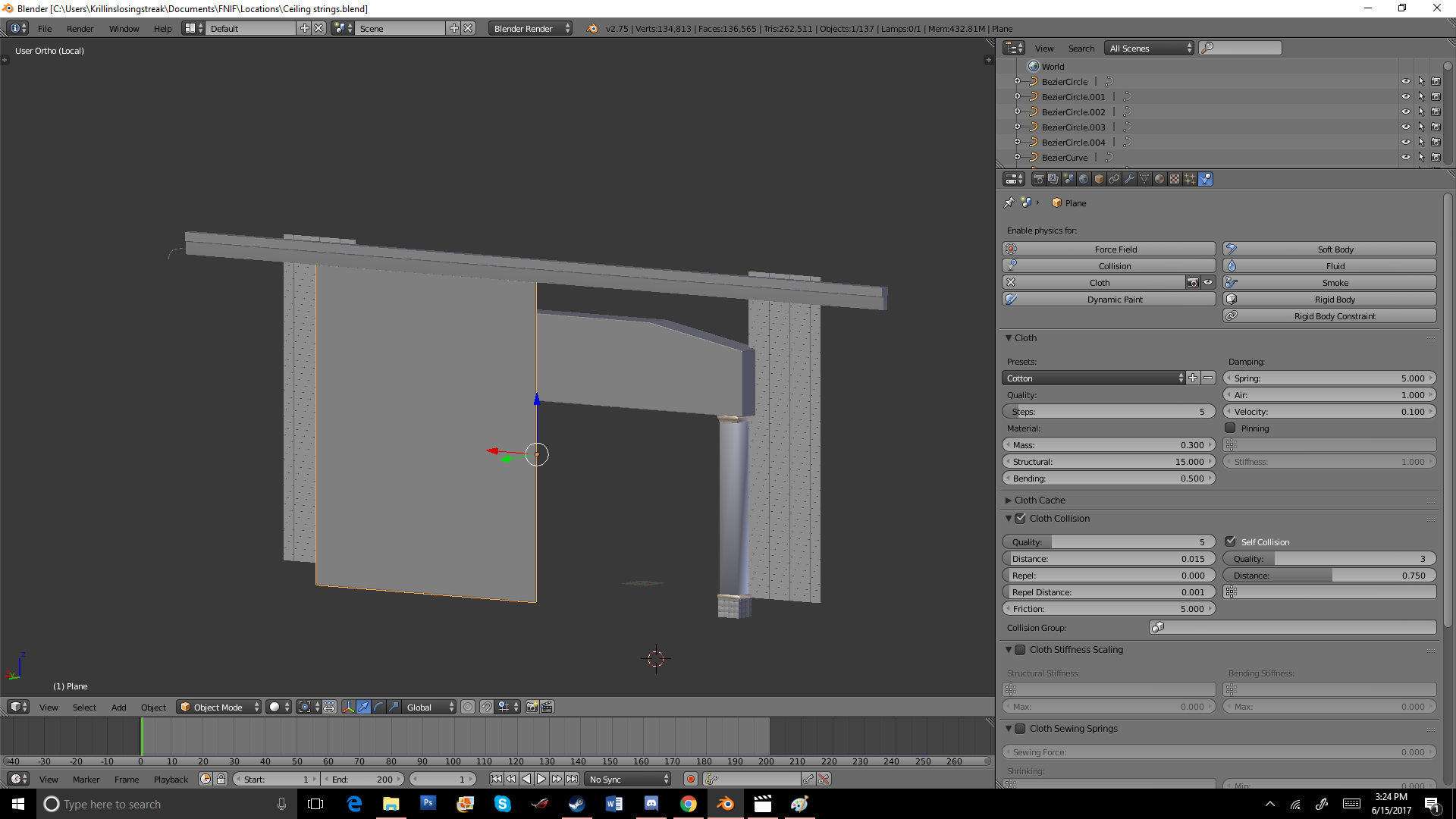 This is the curtain at it's rest position. (It's stats at the right) 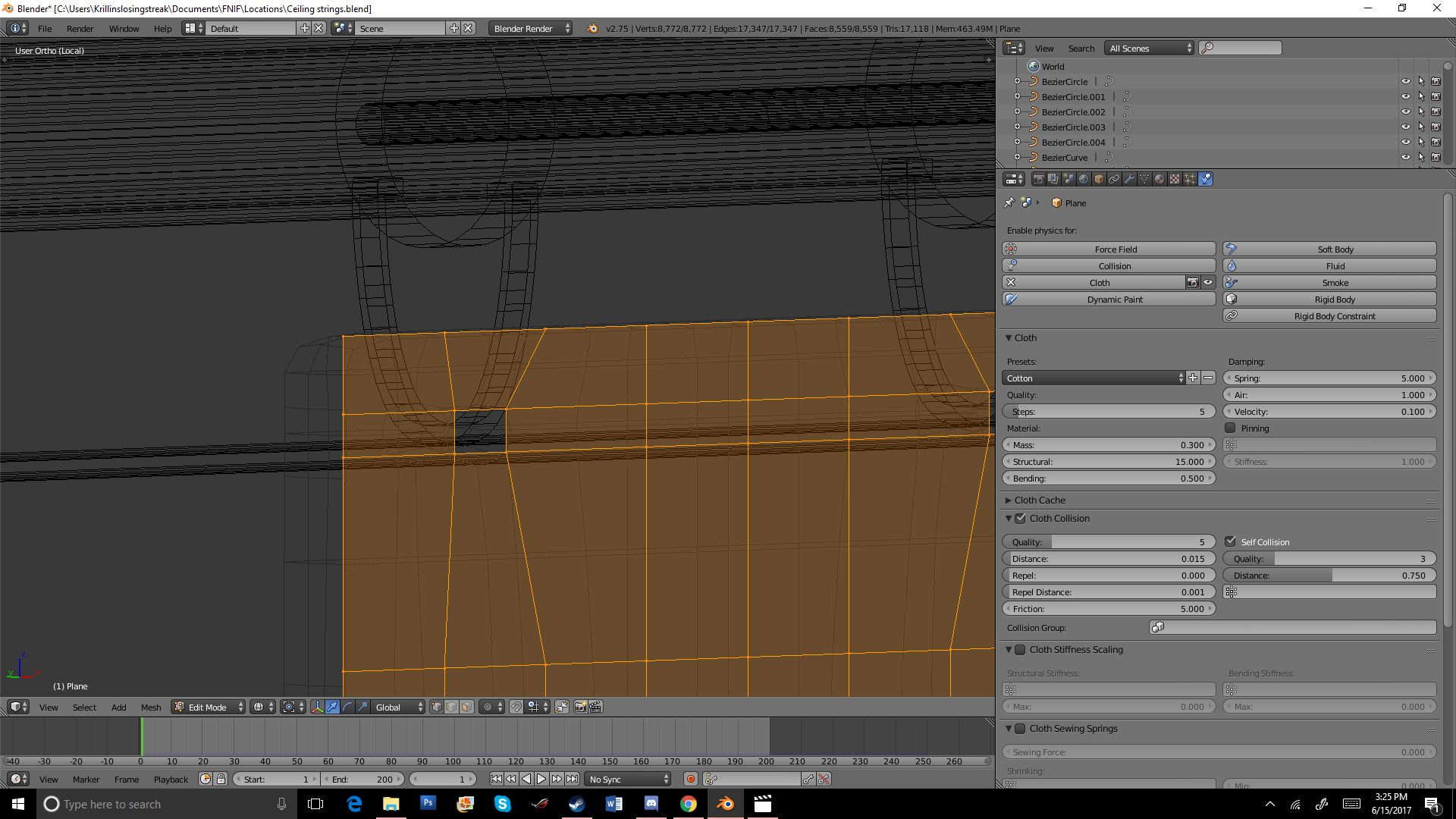 This is more of a close up on the pegs. I have it so that the pegs do have collision properties at all default values. As you can also see the whole that I've cut out of the un-applied solidified mesh is what the curtain will react to and ultimately be dragged around by. 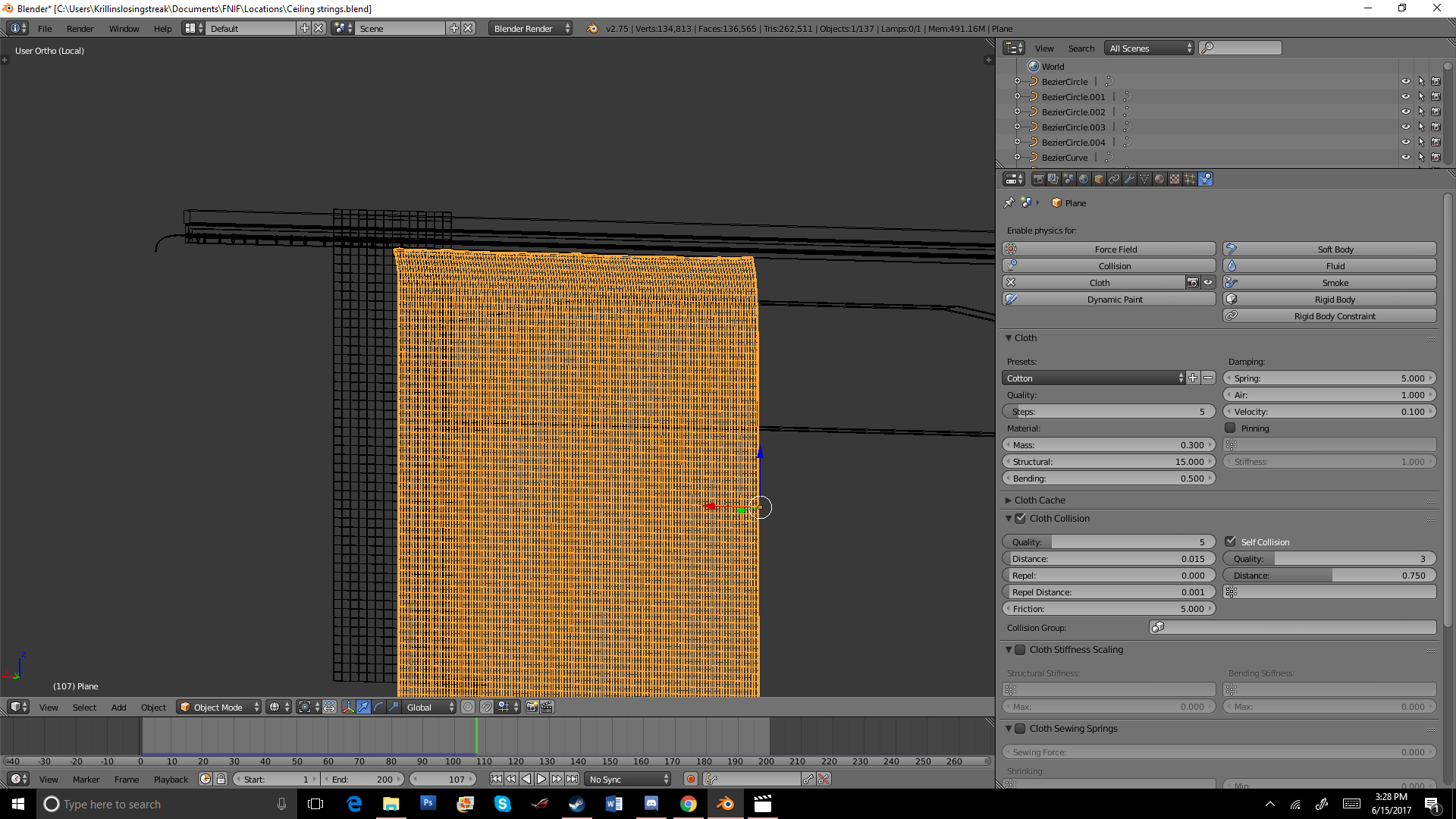 This is the result of the simulation I have at around 90 frames. The pegs themselves move to the shape-key I've applied for them, but the curtain itself moves only slightly, and it's the top parts that's supposed to carry the rest of the it along.

I've tried varying presets, ones with heavier cloth, more and less dampening, and I've also messed with the structure as well. Then when that didn't work right, I moved onto the collision sets and tried to tamper with those, but all of them seem right.

I don't have a picture to show you this, but the general way I want to curtain is to move left and carry the bottom parts along with it close behind. It's not silk, but it's not rubber either.

I'm almost done talking, but in case you're wondering, the stage is hidden in the pictures, but I've checked, and the base of the cloth does not touch or intersect with said object.

Any help is appreciated.

EDIT: Here's the .blend file in case you are wondering.

Browse other questions tagged cloth-simulation or ask your own question.

2
Cloth Simulation : Self collision results in cloth “exploding”
9
How to make a fabric with a solidify modifier doesn't pass through itself?
5
Blender character rigging with cloth wrapped over the body
2
How to get Cloth to ignore collisions with specific vertex groups?
5
How to create a cloth stage valance?