I am trying to use a driver with a scripted expression to place an object's rotation in between the rotation of two other angle-measuring objects.

So there are objects I've labeled BeginAngle and EndAngle, as well as ResultAngle. I've managed to script it so that ResultAngle will be placed exactly halfway in the middle using:

What I really want to do is not just place it halfway but instead specify ratios in decimal like 0.333, 0.618 etc. My Python and math skills have proven insufficient thus far. 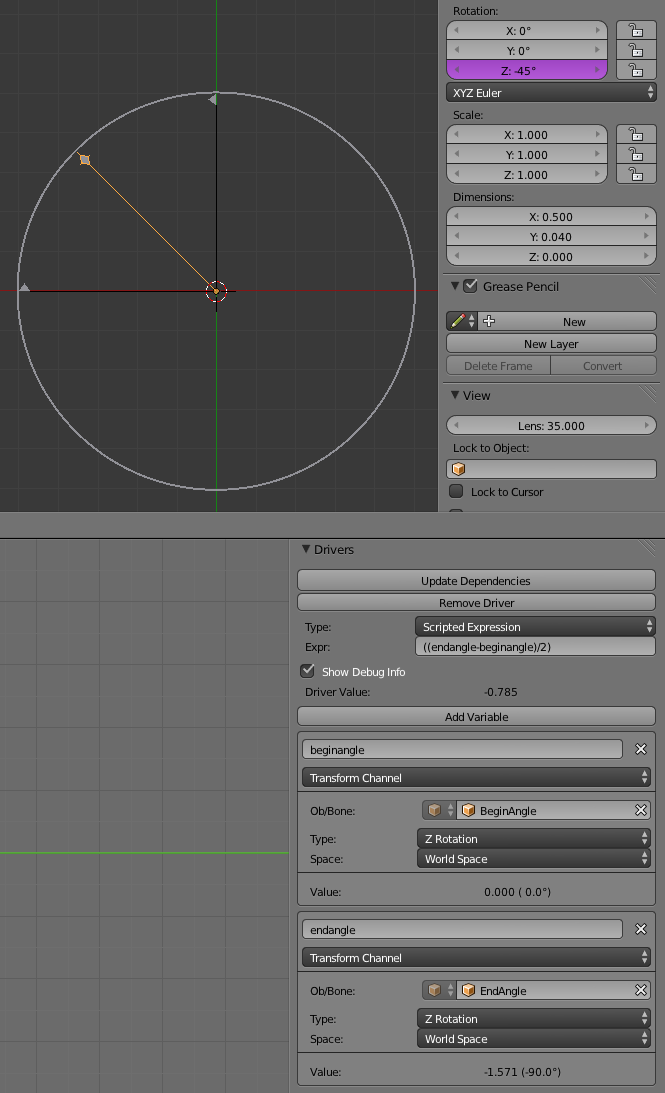 Things to note: Rotation along Blender's Z axis is inverted (- degrees), making this trickier. Also you may need to tick "Auto-Run Python Scripts" under Preferences > File.

I assume you mean that you want a "convex combination" of the angles, so that:

In that case, you can use the scripted expression: