I am trying to model a violin belly and I am intrigued, how is it possible to make faces with soft / rounded edges?

The edges I do are totally straight (see the blue amoeba).

Also, do you have some idea on how to avoid the edge loops getting too "compressed" in the middle of the model (see the red amoeba) ? 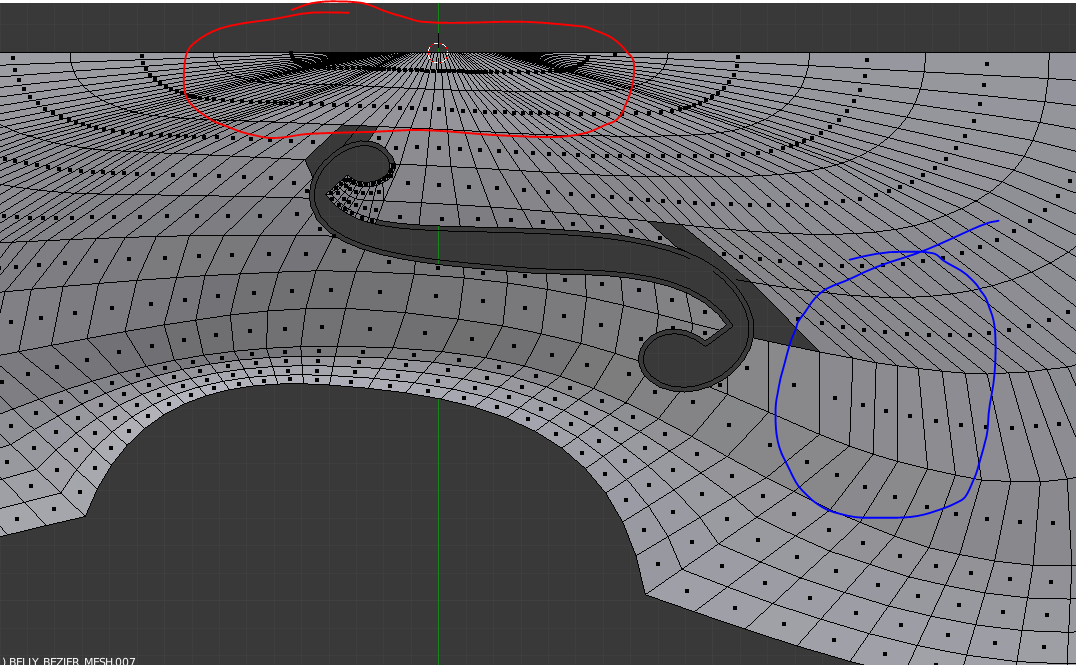 I know the Subdivision surface modifier, but I want curved edges after applying the modifier... like in this picture : 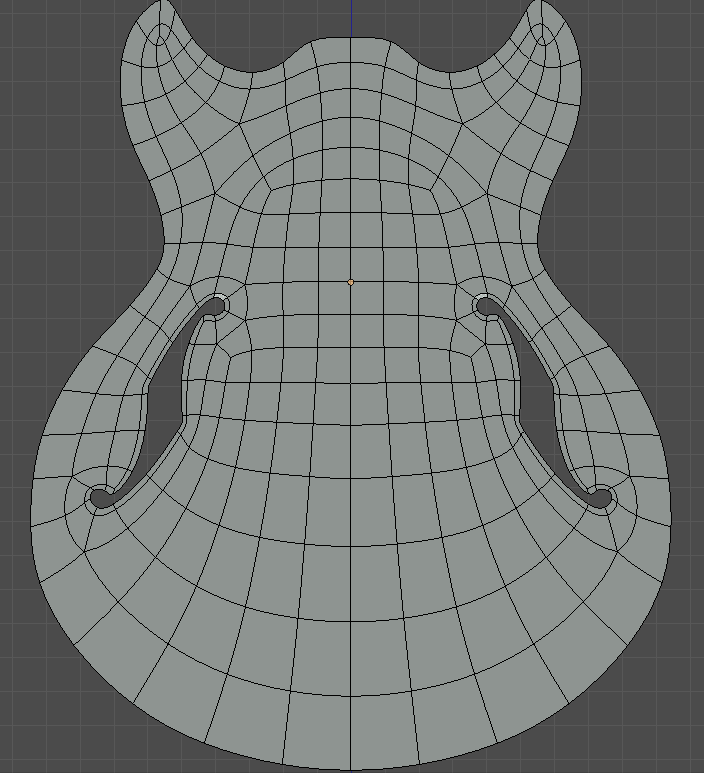 Any help will be very appreciated. Thank you in advance!

In fact, I've tryied to model using nurbs and bezier curves, but I wasn't able to find any tool similar to loft that works with curves, then I was forced to convert it in meshes, the results were not terrific and I've started to move the vertices manually, a real pain... Unlike a guitar, each edge loop is on a diferente elevation on z axis and I have to keep the original dimensions, So I have to be extremely careful when using the subdivision suface modifier. I've already modeled this think on three different CAD softwares, but the meshes are far from good... I want to improve the edge loops, but it will be a long path... Thank you again.

"but I want curved edges after applying the modifier" There is no such thing as curved edges, edges are by definition strictly straight.

If you zoom in on one those apparently "curved" edges you will find that they are still in fact straight, just like before, just subdivided more finely into smaller straight segments.

And that is the basis of Subdivision Modelling you use a Subdivision Surface modifier to give the impression of curvature adjusted to a desired level of detail, but there never really is any true absolute curvature. There is always a fine balance between desired level detail and capable performance.

Anyway if you mean to say that you want to see the result of the Subdivision Surface modifier while modifying your mesh in Edit Mode you can activate the option Adjust Edit Cage to Modifier Results in the modifier header. You should for the most part never apply your modifier, and work on a low poly, good topology base mesh, while letting Blender do the hard work of subdividing it dynamically and non destructively.

If you want "true curvature" you should be using a different type of modelling software with a geometry engine based on NURBS surfaces, where curvature is mathematically described, and surfaces controlled with control points.

And even then you would find that a computer is only really capable of displaying straight segments, and those apparently curved surfaces are still actually composed of straight segments, only they are dynamically generated and usually harder to spot to the naked eye.

Click the "Adjust edge cage" button on the subsurface modifier to show curved edges. However, the curved edges don't actually stay around after the modifier is applied. The reason for this has to do with how computers store and manipulate mesh data and is a bit technical. Computers (or more accurately GPUs) only understand straight lines. The curved, soft edges are really just a pretty way to visualize lots of smaller, straight edges. As soon as you apply the modifier the visualization goes away. 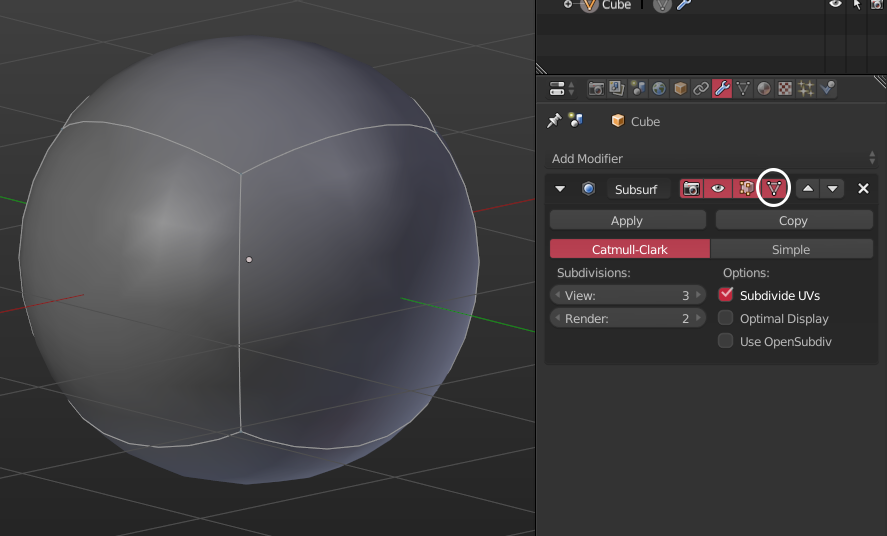 As far as cleaning your edge loops, you could try using the edge dissolve tool. alt right click to select an edge loop that seems redundant, and then press X and choose Dissolve Edges. 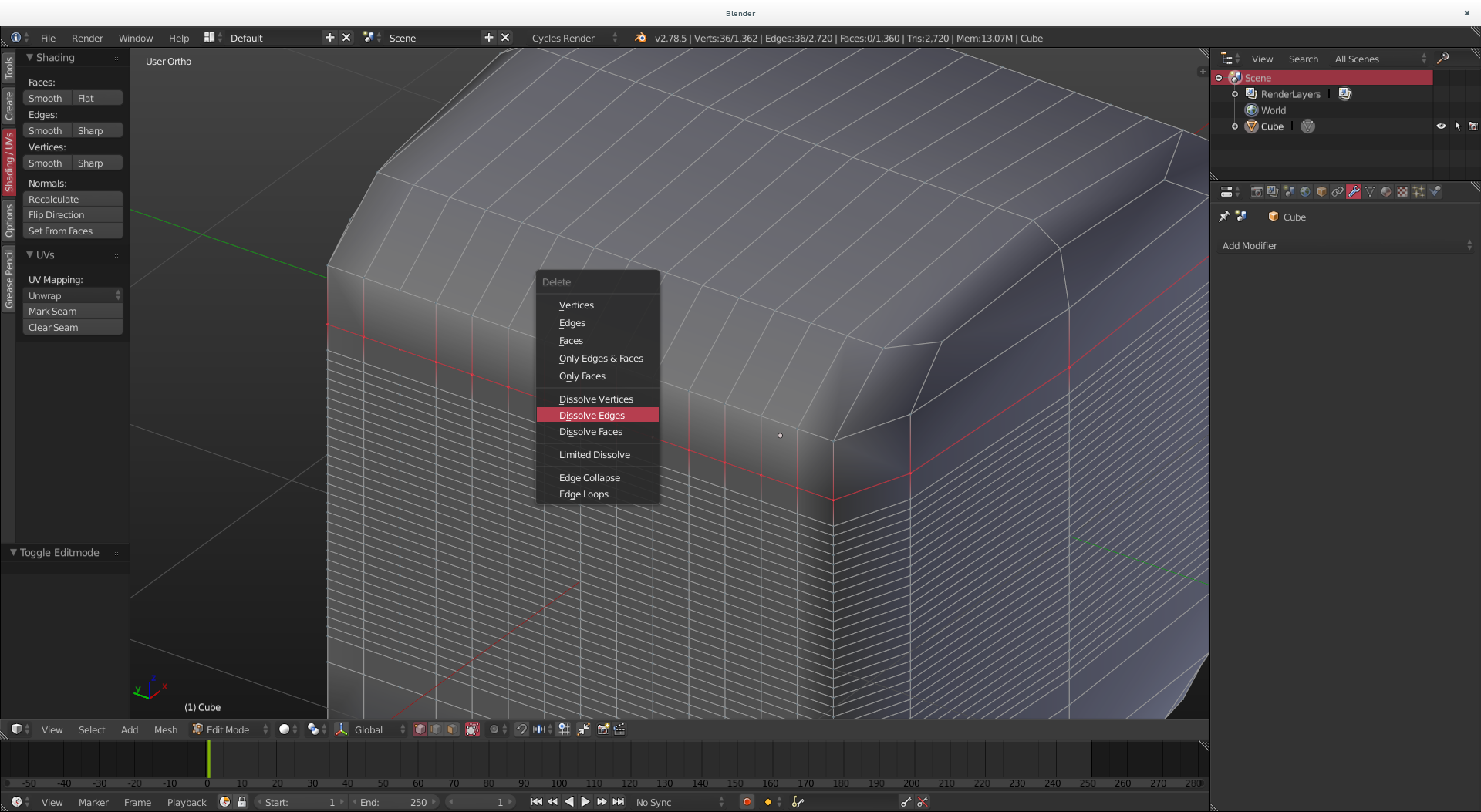 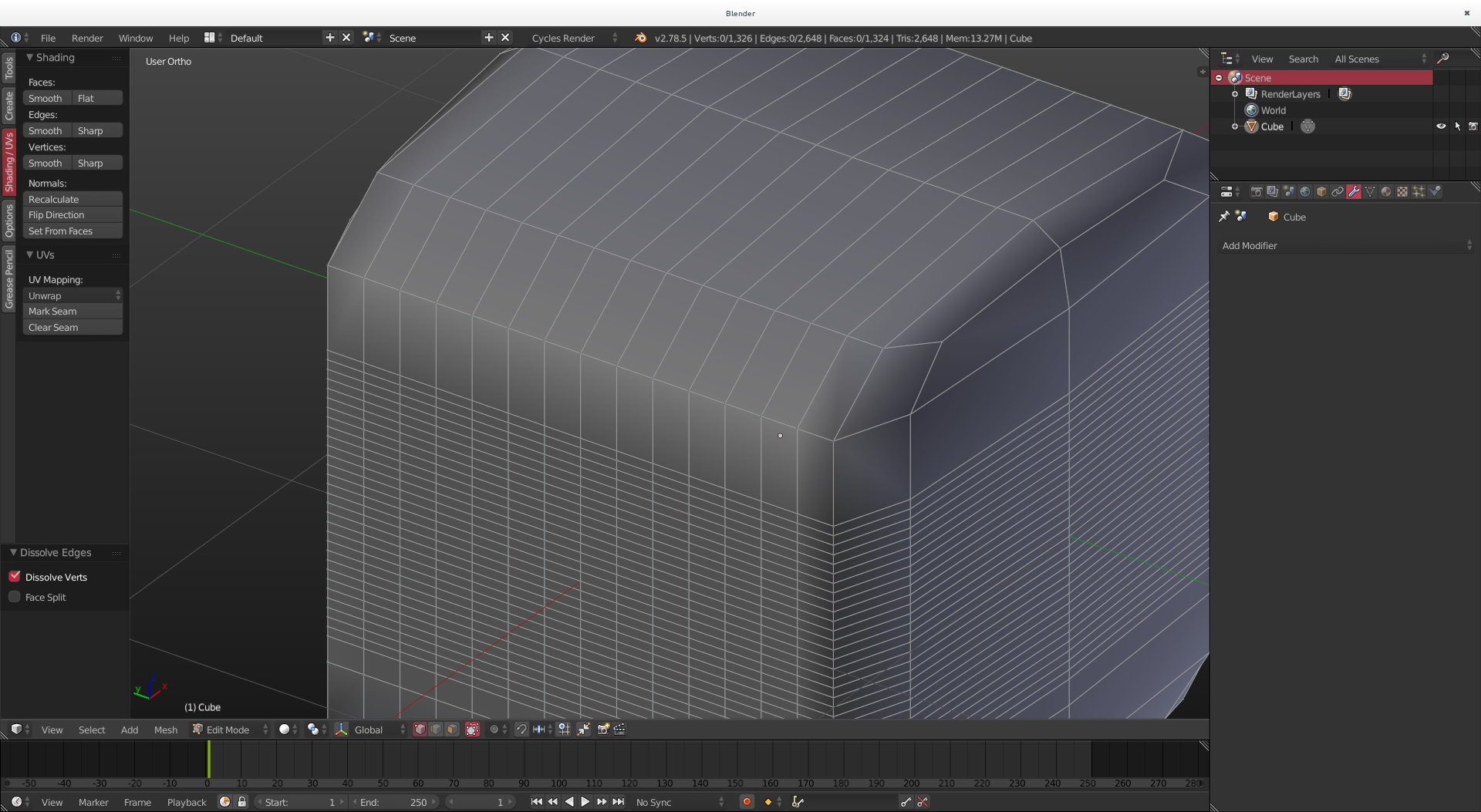 1
How do I display a mesh with curved lines?
0
Can you curve 1 edge without adding more edges to it?
0
How to create curved edges (something I thought was impossible) like this internet example?
12
Curved mesh topology
0
How to convert straight edges to curved edges in blender?
0
Subdivision surface is different