There is a scene I'd like to composite. In this case the desired result is to overlay some clouds on top of the mountains: 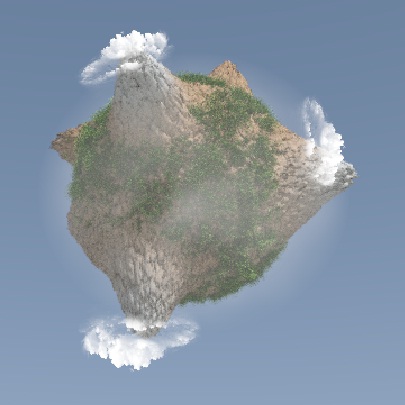 This works as long as the render resolution stays the same. For the sake of decreasing render times the percentage of resolution is set to 52 (so the image is almost 2 times smaller than final resolution).

Now once the result is satisfactory it would be great to increase the resolution to 100%. However if doing it just dragging the slider the render won't be satisfactory anymore: 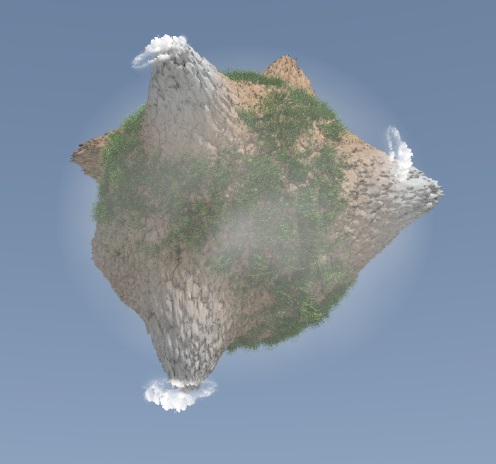 Obviously clouds didn't take new resolution into account and are of the same size while the rest of the image enlargened. How to composite the render result so the overlayed images on top of it stay intact? 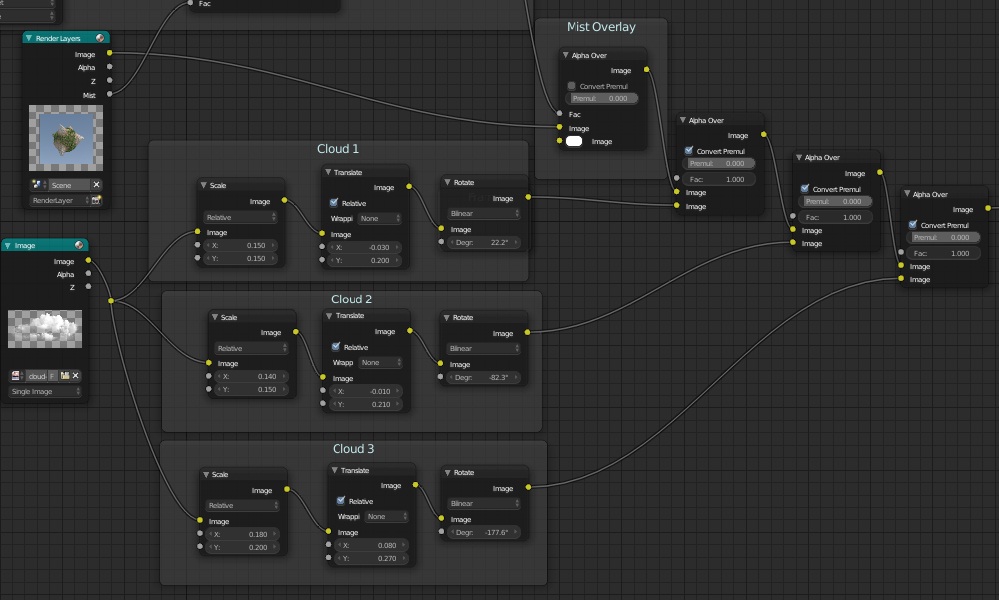 Convert Premultiplied is used here because of input png images I can't substitute which can't treat alpha normally (not related though).

As I thought it should help if Scale node is set up on Relative mode however it isn't related with output image, it will scale relative to input image so that's not what I'd like:

Relative
Percentage values relative to the dimensions of the image input.
manual

The straightforward solution is to edit values of the Scale (and possibly Translate) nodes in order to fit new resolution but that's quite unflexible as resolution might change once in while (also images to be overlayed can be anything, e.g. simple mask textures used as factors for other images etc).

How to overlay images on top of the render so when render resolution changes overlayed images continue being scaled respectively to the new image size?

Scene Size
Sizes an image to the size of the final render resolution for the scene. For example, rendering a scene at the standard 1080p resolution but setting the render percentage at 50%, will produce a 1080p image with the scene scaled down 50% and leaving the rest of the image as alpha.

If feeding it with original image and then plugging the output of the node into nodes shown in the setup above it will work for different render resolutions: 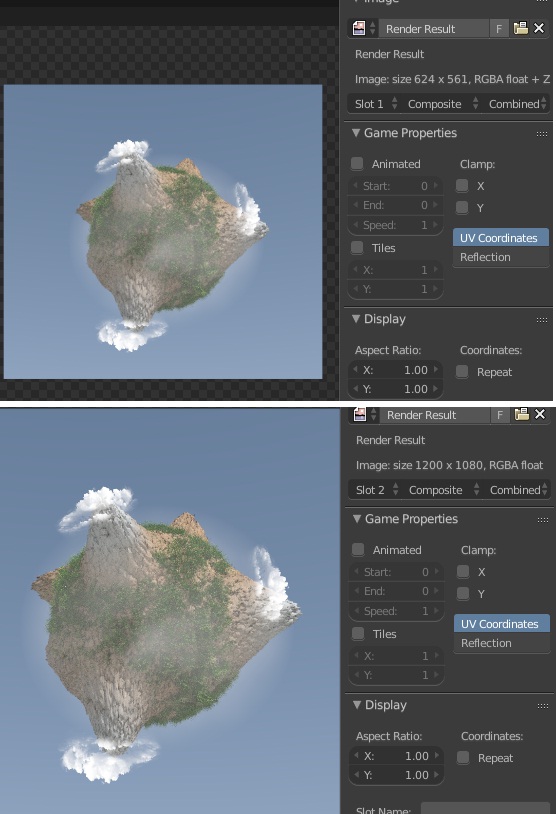 The node setup will be the same with the only difference that now it has 1 additional Scale node. Fit option used here which is the easiest one for preserving image original ratio: 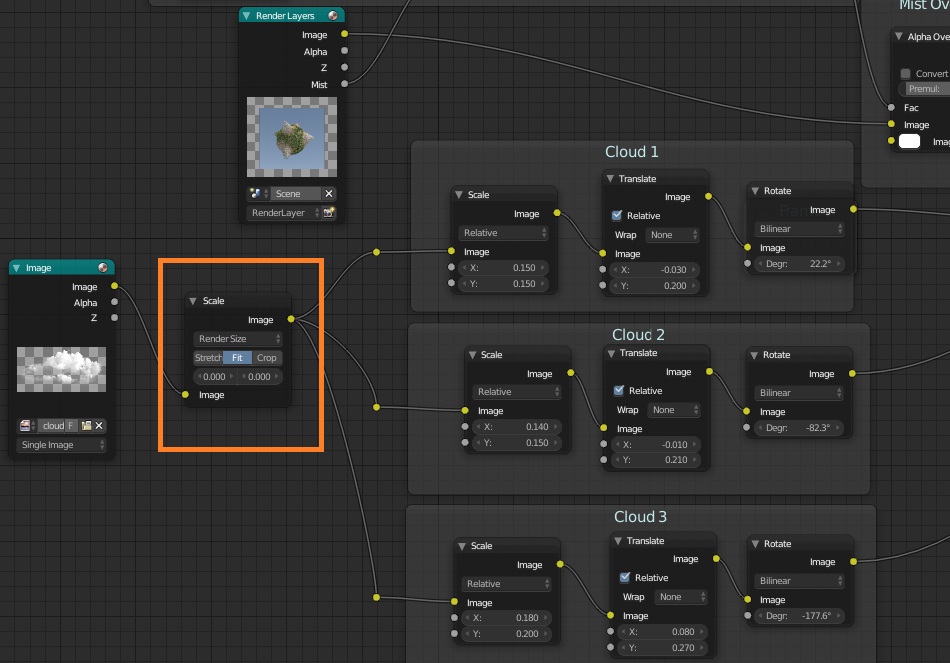 1
my mask is not the right size

3
How to scale an image source at a specific resolution
4
Compositor - How to math same Result for any Render Size
0
How can I render pixel art images with no AA and transparent background?
0
keeping render layers at their original resolution when composed
1
Random Streaks in Appearing Only in Final Render