What causes a face to be created only partially? 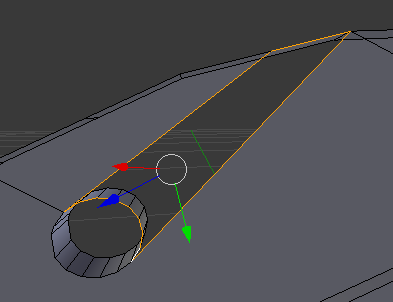 Why remains this triangle unfilled? 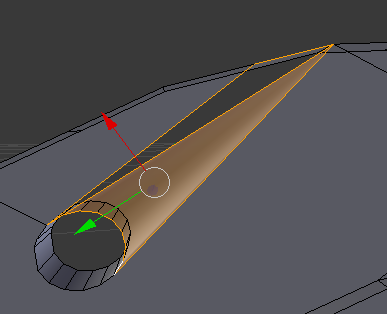 There are a lot of double vertices around the face, which meant that the selected edges around the missing triangle were not actually connected to the rest of the selection.

To fix this, select the vertices around that area, or select all (A) and press WR to remove doubles.

You seem to have a lot of doubles, it removed 305 vertices for me. Perhaps an accidentally applied edge split modifier or edge split operator (CtrlE>Edge Split or D)? It's possible to split edges without.

You can tell that the upper left edge is not connected to the selected vertex because the orange gradient that normally appears along selected edges is not visible. 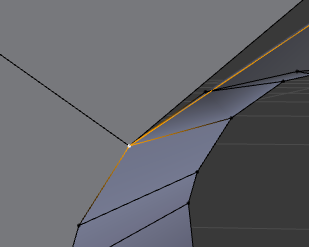 After merging the double vertices with Remove doubles it looks like this: 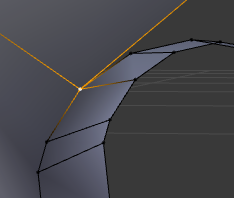 Now fill will work as expected: 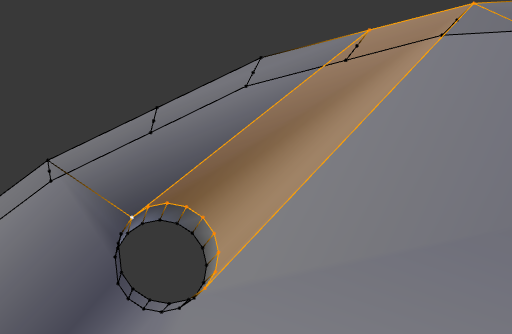 Common Cause of Mesh Editing Problems

I have found one of the most difficult to detect causes of odd mesh behavior is when vertices, edges or faces exist in the same spot (overlap/are duplicates). This can cause your mesh to be non-manifold and can also cause odd problems like the one you've encountered.

One easy way to avoid creating duplicate vertices is this: while in Edit mode, enable "Automatically merge vertices moved to the same location":

However, enabling Automatically Merge Vertices and Remove Doubles won't help you in the case of overlapping edges that have different start and end vertices. I've found 2 common causes of these kinds of overlapping edges: Extruding and Make Edge/Face.

Extruding
Here is a video showing how extruding during editing can cause overlapping edges:

Here, the two edges get overlapped by the one long extruded edge. Notice how even though Automatically Merge Vertices is enabled, the middle vertex (the one moved around at the end of the video) does not get merged because when the edge is extruded, it doesn't have a vertex right there to merge with. The same situation can occur when extruding vertices or faces.

To avoid this problem, don't extrude past/over a vertex (as show above) -- extrude TO each vertex, as shown here:

Since Automatically Merge Vertices is enabled and all edges have they same start and end vertices, they get automatically merged and you don't have problematic overlapping edges or duplicate vertices.

Make Edge/Face
If you use F to make and edge or a face that overlaps a vertex, you'll get overlapping edges, as shown here:

How To Find Existing Overlapping Edges

One easy way to find overlapping edges is this: while in Edit mode use CTRLSHIFTALTM to select & highlight all non-manifold geometry. Now examine those areas and if you see a place where it looks like it should be manifold, but it's highlighted, check there for overlapping edges, duplicate vertices, etc. 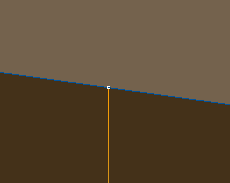 See how it's highlighting doesn't include the horizontal edges? That means it's not connected to them.

Here is a vertex that is properly connected: 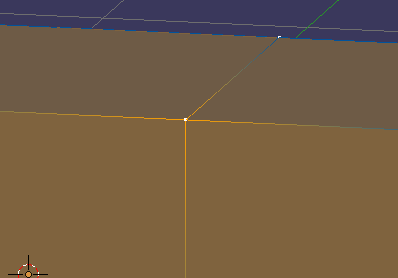 It's highlighting includes all four of the surrounding edges, so you know it's properly connected to them.

How To Fix Existing Overlapping Edges

Once you find the offending vertex, grab & drag it to see if a hidden overlapping edge is revealed, as shown in the videos above. Once found, delete the overlapping edge, then put the dragged vertex back into place.

This is because the mesh isn't continuous at a particular spot, (maybe you did an accidental rip V) or there is excess geometry floating somewhere. Run a W > Remove doubles operation and it should work after.

Other things you could try are to look at your mesh in wireframe view to see if you can spot any odd bits, make sure there aren't any inside faces etc and or box select the problem region and perform a X > Limited Dissolve operation.

4
How to fix ngons overlapping wire edges?
9
Make quad face from where two edges will meet?
0
Splitting a face
2
How to add a face connecting two meshes
1
Wrong shaped face
1
Weird face problem
0
How to select a face created with edges?