I have a specific request where I want to project a video onto a sphere, or simply put: warp a video so that it seems like the camera is inside a sphere.

The goal is to emulate a VR experience for a concept video, where I want the actions (menus and interactions and such) to be "sphere-projected"/warped and overlayed on to the camera where the actor interacts accordingly.

Here is an example of what I mean with spherical projection:

Can this be done with some sort of simple effect and inside of Blender so everything stays in one piece ?

In this example I have created a simple UV sphere in 3D and subdivided it a lot to make it smooth. Then I used the addon "Import Images As Planes" to make a plane with the picture. I rotated that 90 degrees to vertical then oriented and placed it at the surface of the sphere. I apply 2 modifiers of "simple" subdivision set to 3. This will make the plane smooth when it deforms to the sphere. Then I applied the Shrinkwrap modifier set target object to sphere.

I created an Empty object at the centre of the sphere to do the rotation work, then I parent the plane to it (remember to select the parent object last then press CTRL+P). To move the image plane simply rotate and keyframe the Empty object. In the scene properties make sure that it is set to Transparent.

In the VSE I add the prerecorded video of the actor or scene, then I add a "Scene Strip" on top. I set the strip to Alpha over and change the blend amount to approximately 0.5.

If you want the wrapped plane to go behind the actor you will have to shoot them on green screen and key them via the compositor or use a mask to draw around them and hold out the 3D imagery. 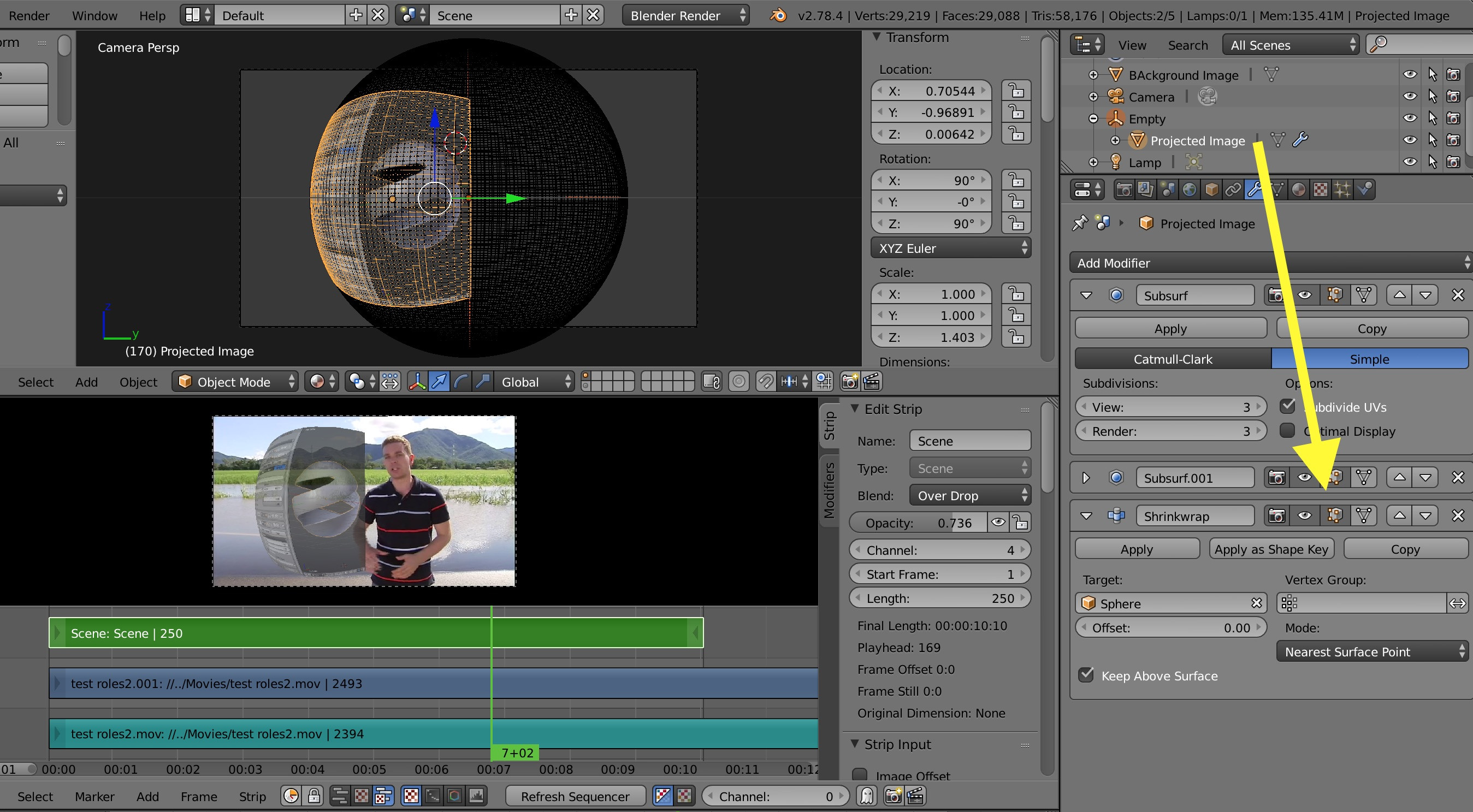 Not the answer you're looking for? Browse other questions tagged modifiers video-sequence-editor video or ask your own question.