How can I render an object with an hdr background?

How is this different from an ordinary render in Cycles?

In the world section, set the surface to Background and the Color to use Environment Texture.

Then select the HDRI image you want to use.

For version 2.8x the world section is here: 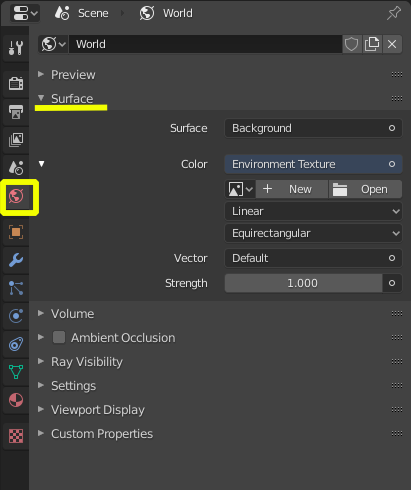 Once the image is loaded enable Scene World in the viewport shading. Otherwise blender will use an HDR image that is "built in".

For 2.7x To view the image in the 3d viewport enable Display> World Background.

Usually HDRi images use an Equirectangular Projection. Think of it a as a huge sphere that completely surrounds the scene.

Note that the Background can only be displayed in perspective view, it will not be on orthogonal view.

The HDRi not only becomes the background for the scene, but is also used to light the scene. Every pixel of the HDR image contributes to the lighting of the scene. That is why the results of lighting wiht an image resemble the real world, where light acts in very complex ways.

The intensity of the illumination of the scene can be controlled by making the image brighter or darker with the Strength value on the world settings.

To render the HDRi in the background of the scene disable>Film>Transparent. 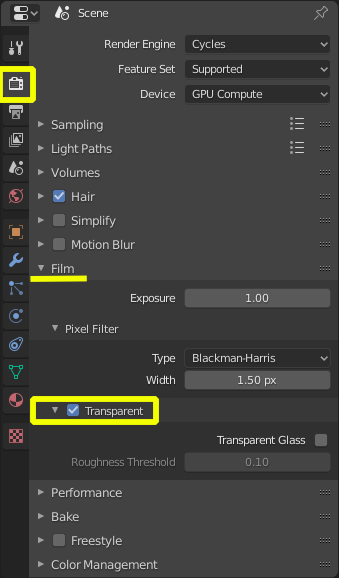 The rendered image will be lit bythe HDR image and use that same image as the background of your scene.

If you want to use the HDRi to light the scene, but want a transparent background to be composited later with the background, or want to blur the HDR or maybe replace the background all together, then enable film transparent and enable the Environment output for the render layers, and use it as a different element in the compositor. 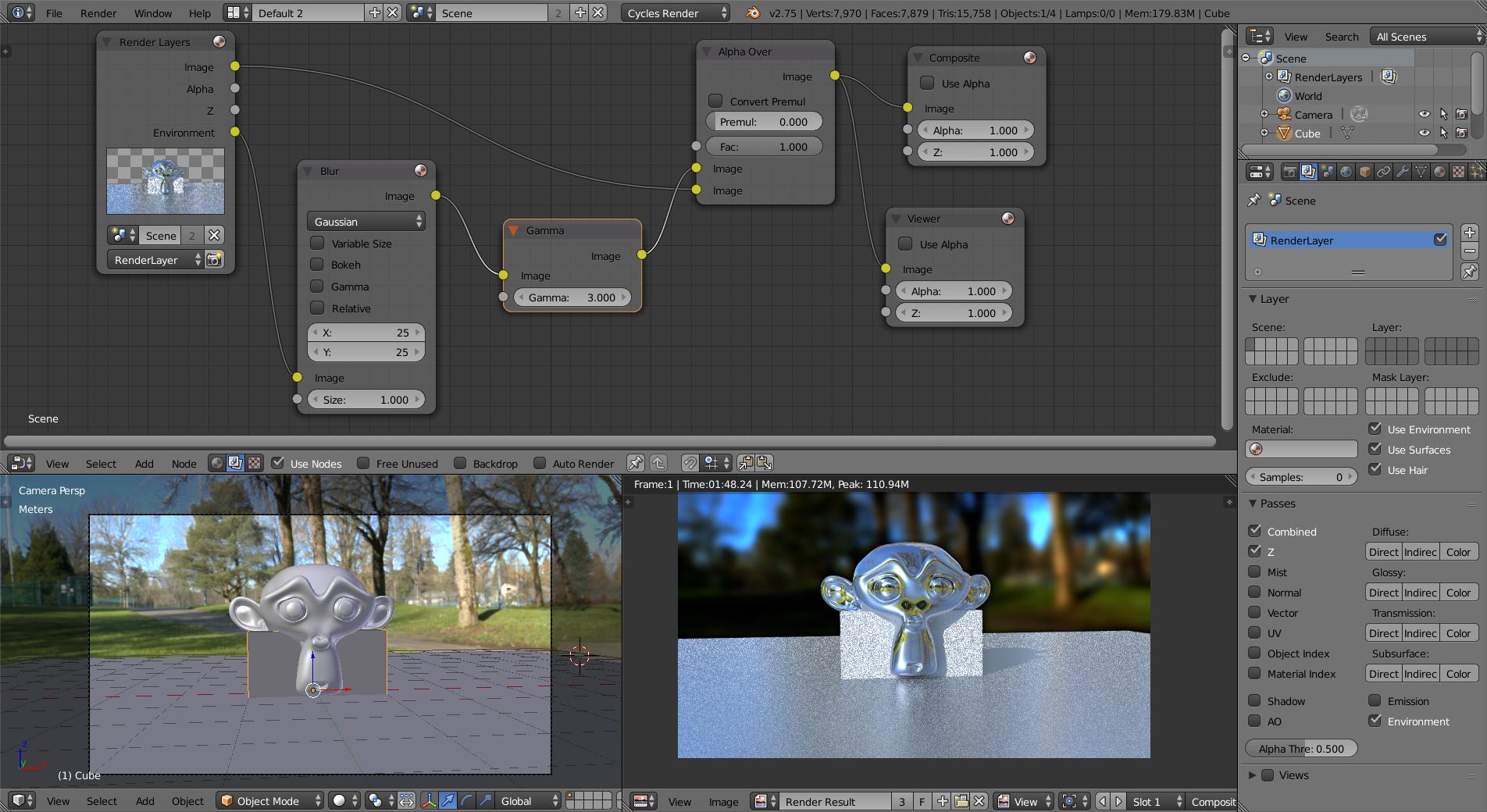 For 2.8 enable the Environment pass for the View Layer 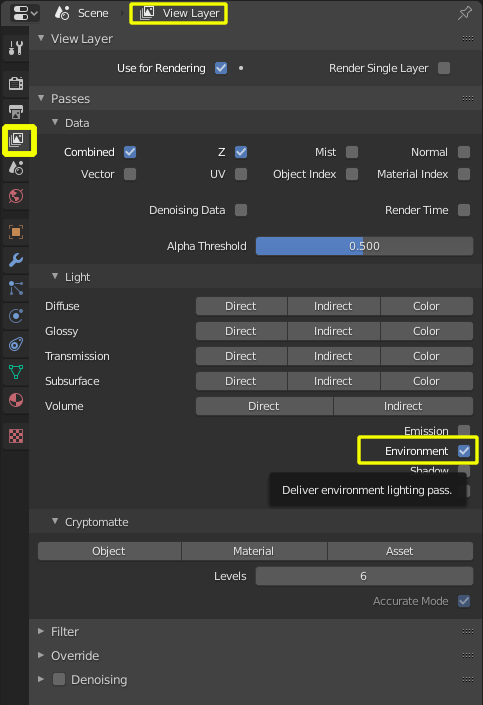 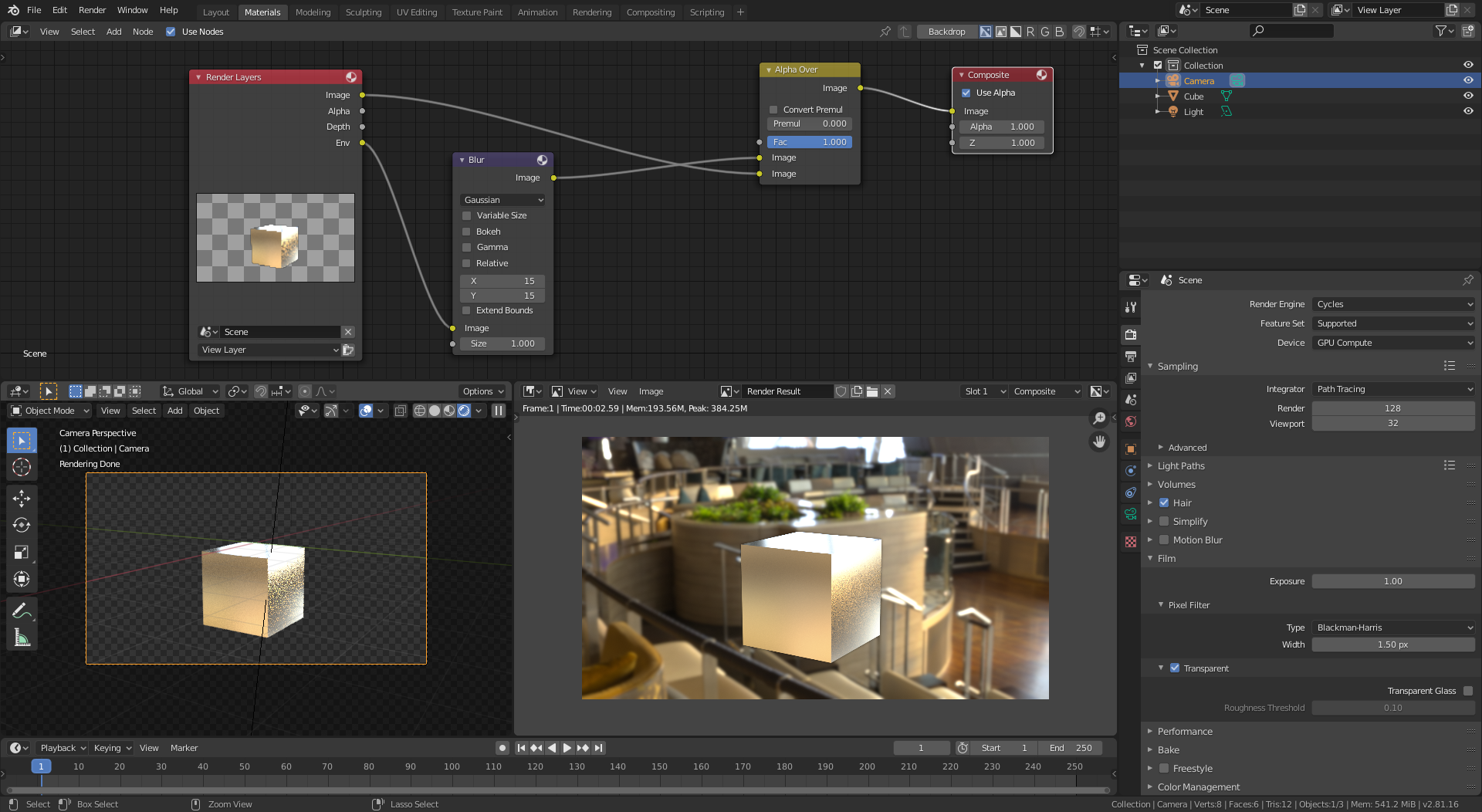 To change the placement for the background

In the World section of the Shader Editor add a Texture Coordinate node and a Mapping node to control the placement of the Environment texture. By changing the rotation on the mapping node you can place the HDR where you need it.

Not the answer you're looking for? Browse other questions tagged cycles-render-engine rendering image or ask your own question.

2
World image not showing
1
adding an hdri in blender 2.9?
0
Environmental Texture (HDRI Background) not Rendering in Cycles
0
How do I add an HDRI texture environment node?
1
World background color/HDRI was transparent in render
46
Cannot find Background Images feature in Blender 2.8
5
Realistic rendering of mesh together with image?
3
Render looks way different from viewport render mode. How can I fix this?
1
How to set two different HDRI, one for environment lighting, and another for background, in 2.8 using Eevee?
1
Possible way to have a different background than the HDRI background?
See more linked questions