"Remove double" is deforming my mesh

On a mesh imported into Blender from a specific format with a conversion plug-in, I get duplicated vertices in the same positions, and the different faces of the mesh aren't connected to each-others.

As far as I can tell, this would be solved by the "Remove double" function, however using it deforms the mesh.

What can I do to merge all the duplicated vertices in the mesh, but without deforming it ?

(This mesh was under PMX format, in order to be used with MikuMikuDance. I imported it in Blender to rig it.)

Faces aren't connected to each others : 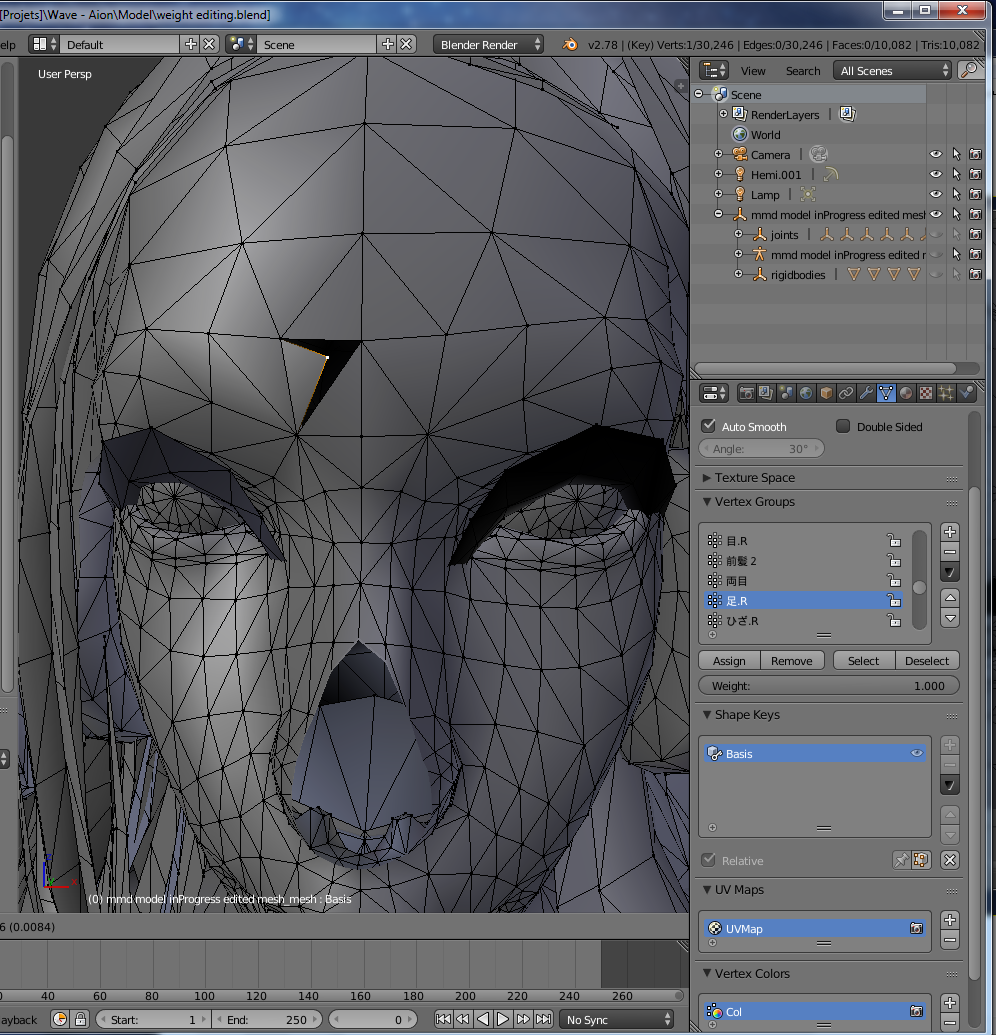 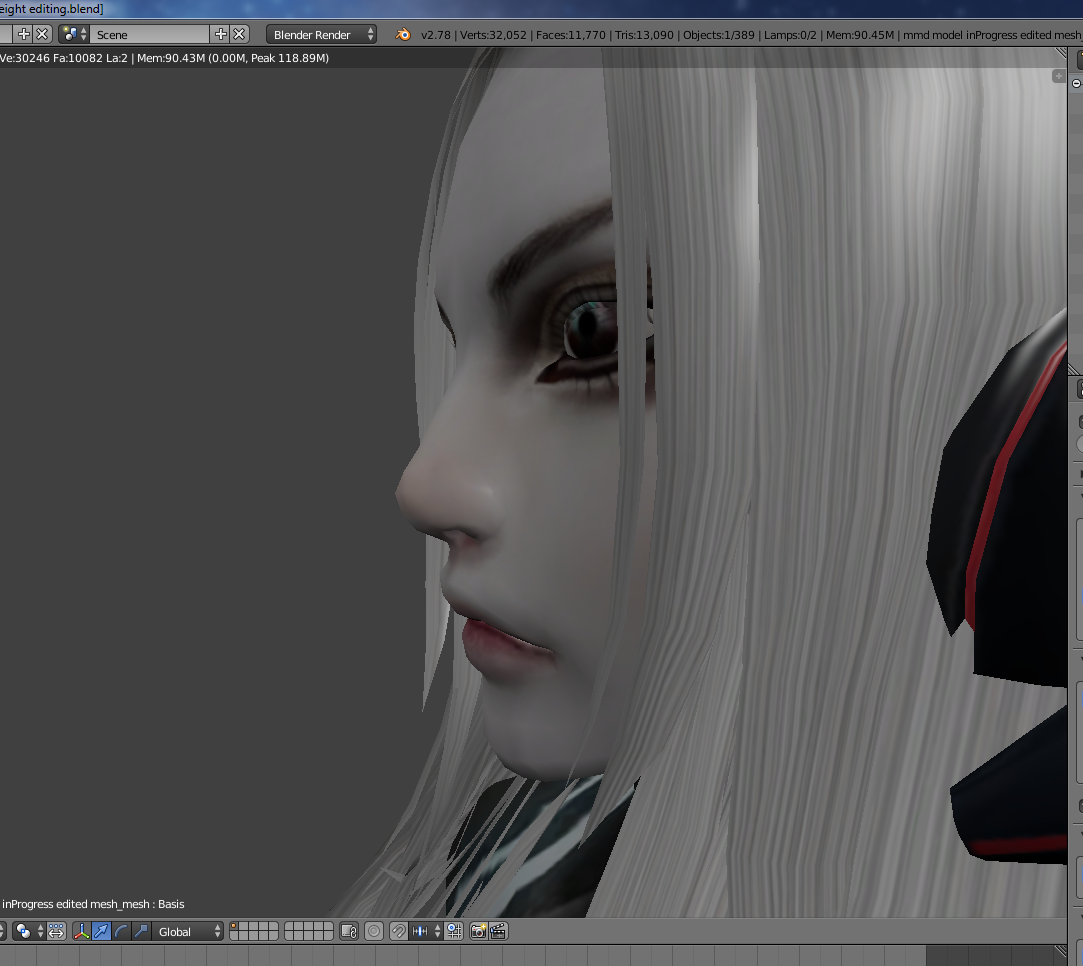 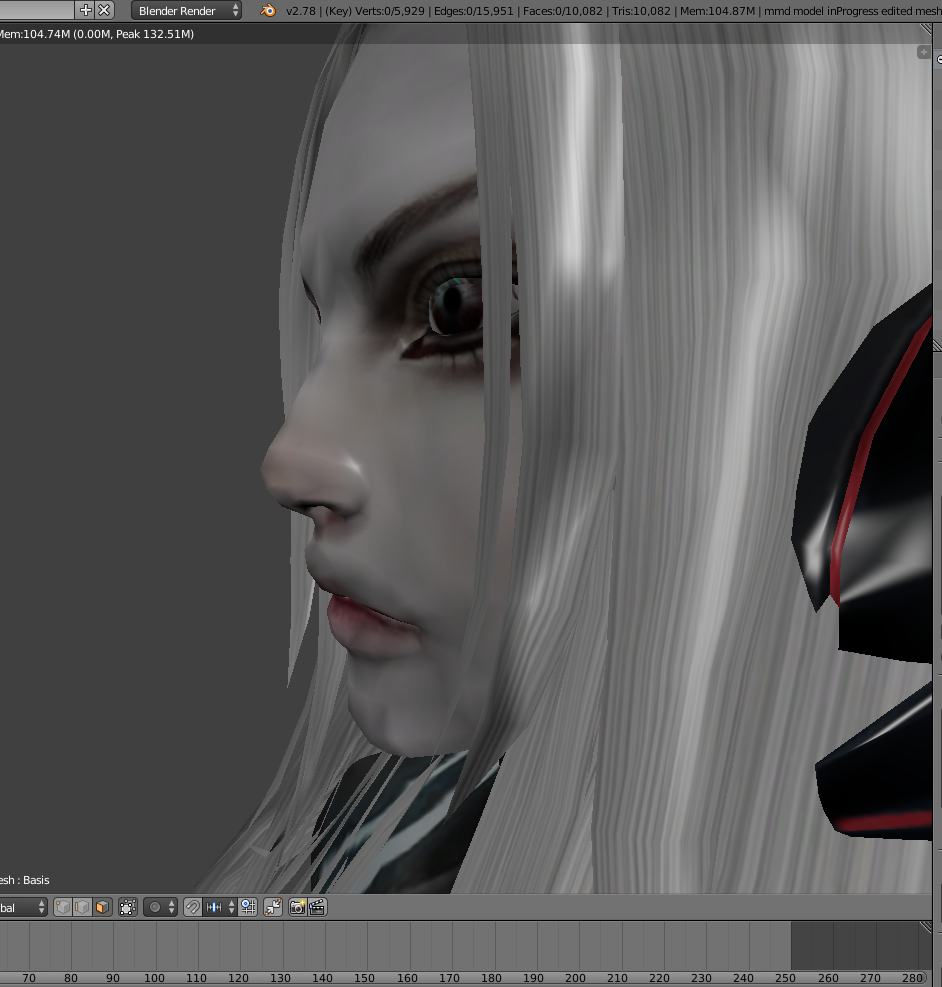 When removing doubles from the imported mesh the normals split in a custom way aren't preserved, making some dark patches to appear. Probably some of split normals were saved while others weren't because removing doubles doesn't choose to preserve given vertex just because it stores some custom data.

In anyway if removing doubles make sure to remove imported normals as well. That will make model lose its look as it was done before exported though.

If the lost shading is important and irretrievable possible solutions can be to manually join double vertices to control which vertex goes where (long way) or recreating shading as it was before removing normals (may be even longer).

Another way would be to duplicate the object before removing custom split normals, remove doubles, work with it and once done use Data Transfer modifier to copy normals from one mesh to another.

Adding another layer of custom normals with "Add Custom Split Normals Data" in the Geometry rollout can eliminate the problem but this solution doesn't seem to be stable as it works somehow differently for different objects.

1
How to optimize a mesh by merging objects and/or reducing faces
4
How can I effectively import and texture a large height mapped terrain mesh?
0
How do I combine/join/merge all vertices at the same location?
2
How do I merge the locations of one set of perimeter vertices on a mesh with the corresponding set of perimeter vertices on another mesh?
1
Rigging Mesh With Separate Parts Deforms Incorrectly