Have a video sequence be driven by an audio track

Let me start by stating that I have just recently picked up Blender to use as a Video Editor. Given that my knowledge is limited on this software, I have came across an issue which I can not determine if it is from user error or if it is a bug.

The goal I have is to have a video sequence effect which is driven by an audio track. By this I mean, as the audio becomes larger/louder the video effect should become more pronounced.

Now, I have done the following:

When I scrub through on the timeline, I can see the desired results in the preview window. However, when I render the animation, whatever the value of the Empty Sphere's Z Scale was on the last scrubbed frame is what the effect uses on all (non scrubbed) frames. Notice in the following screenshot, that the driver is picking up the proper value's. I'll show a few screenshots of what I am referring to: 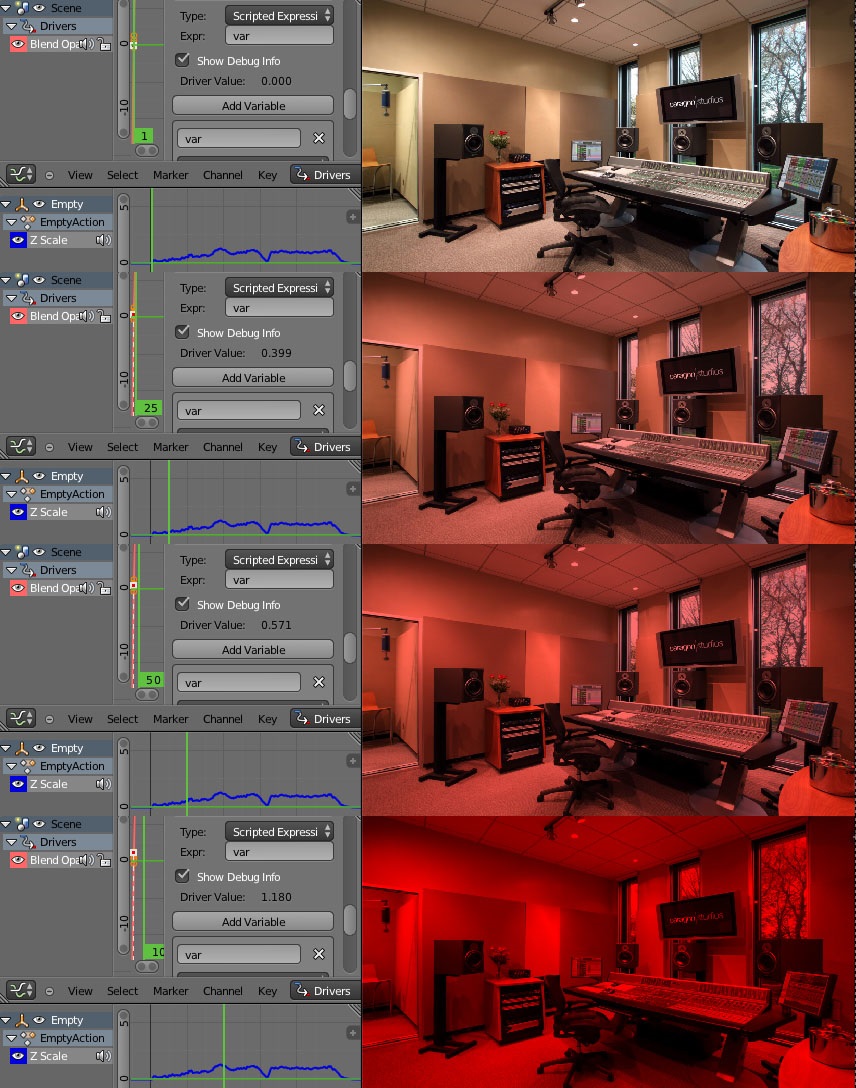 What is interesting to note is if instead of creating a driver for the opacity of the effect, I create a new keyframe and bake the sound to the keyframe graph, it will render exactly as the above screenshot shows, which of course is what I am looking to do BUT would really want to do this via a driver instead. The example here has led me to speculate that one of two things are true. Either I am doing it wrong or this is just a bug.

Here are two links to a couple renders. The first is rendered with the effect being driven by a driver linked to the Z Scale of the empty. The second is with the sound baked directly into the visual effect's opacity keyframes.

Effect with sound baked to it's opacity keyframe

Anyone out there know what I'm missing or care to throw me a bone?

Thanks to everyone for the assistance and to user2859 for another possible workaround.

The scene isn´t updated because the sequencer ignores the scene when it´s not visible in the final output. We might consider this a bug/limitation or a feature. I´ll talk to the core developers. So of course drivers that depend on the values of a hidden scene don´t work as expected.

If you don´t use the scene for output, render the scene so that the output is pure white and add the scene in the sequencer on top of every channel and use multiply as blend mode. Of course this increases the render time a bit. The key point here is that the scene shows up one way or another in the final render. 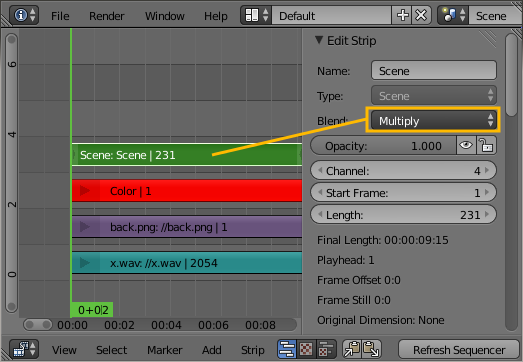 Not the answer you're looking for? Browse other questions tagged video drivers video-sequence-editor or ask your own question.

26
Blender's video and audio don't sync when editing
3
Video Editing stereo tracks
1
Audio playback timing is inconsistent
2
How to add a new audio track to a video clip
1
How to eliminate, remove or mute audio from video strip