I´m using a lot of OPENGL render animation for the sake of the rendering time, some motions quite simple that doesnt need any kind of raytrace like this one:

First I´m using Blender Internal, cannot use Cycles because the movies used as materials on the planes do not play on OPENGL.

My problem is on the stars, they are a PNG file with a movie on the bottom, and they are getting those edges around the transparency, have tried a few things, like premultiplied and straight options on the material with no success, if I select the object on the viewport displays correct: 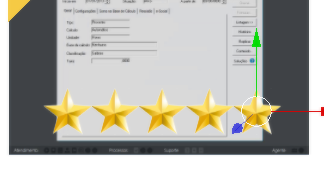 Someone knows what can I do to fix it?

@andrepazleal, I've had no problem placing one movie (with transparent bkd) over another and find OpenGL handles this well.

The edge effect you're describing I've also experienced and have solved that as described below...

Flame Video with transparency, stacked in front of another, all done in the 3D window by texturing planes and rendered in OpenGL -

As to the edge artifact problem, I take it that you are rendering with OpenGL and that the stars are a png file with it's own alpha layer (transparent background), being used to texture a plane.

The effect you're describing around it's edges can be the result of the plane's "Transparency" box (see below) being either ticked or unticked when in fact it needs the inverse. i.e. tick it if it's unticked and vice versa.

The edges will show when not selected and disappear when selected, just as you described. Changing it's Transparency tick should fix your problem.

If there's a plane or object behind that again, the background object's own transparency box may also affect the outcome. When the first box doesn't help you can try different combinations in both. I've experienced this problem frequently and those tick boxes have solved the issue every time.

The box is found by clicking on the plane's properties at the right, (little cube icon) going down to it's "Dipslay" tab and opening that to reveal the "Transparency" box.

You may also find that reducing a textured plane's "Specular" settings to zero, can also assist in removing artifacts.

The previous paragraph refers to planes being textured with an image containing an alpha (transparent) layer.

A fast solution might be to actually just model a star with a 5 point circle that you subdivide the edges so you can select the 5 points and scale out, and the others scale in to get the shape to match. This way you can map the texture to the simple geo and avoid the need for alpha in such as small asset. If I understand you , the stars are a png with transparency and a movie on the bottom (actually behind) - and if the stars are not part of the movie file, then this should be a work around to avoid the white edges.

Not the answer you're looking for? Browse other questions tagged blender-internal-render-engine opengl or ask your own question.

14
What version of OpenGL does Blender use?
8
Which parts of Blender use OpenGL?
1
Transparent PNGs don't cast shadows (in BI)
1
blender with openGL 1.3 or lower
0
how to render PNG with transparent background (Netrender) Blender