How to regain smooth shape whilst scaling a group of edges that contain both creased and non creased edges?

I'm relatively new to Blender (self taught using these forums) but I've encountered a problem I can't seem to solve.

On the image below I've tried modeling a sliding button, and applied a Subsurf modifier to smoothen it, to keep the bottom part planar I've set the edge crease of the edges seen purple to 1.

Now I'd like to make the exterior ends of the button thinner than the middle part (as seen in the failed attempt). I did this by scaling the X axis of the region I wanted slimmer. 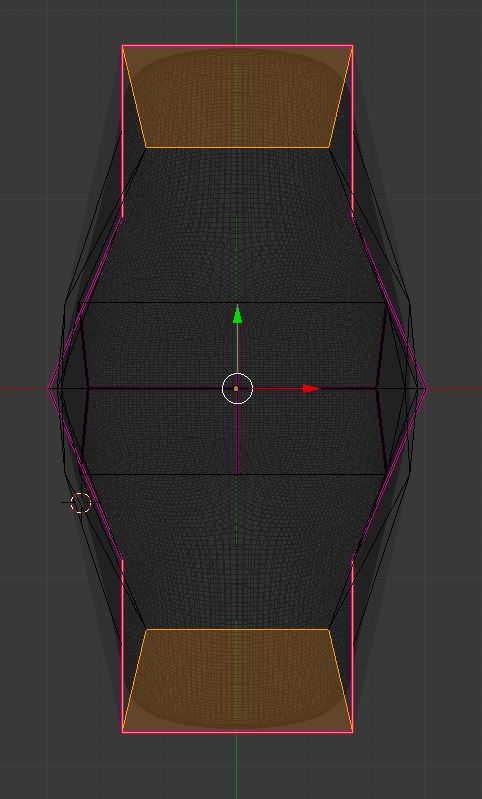 I've tried solving it by replacing my creased egdes by egde loops close to eachother but got somewhat of the same result. How do I scale a group of edges of wich some are creased and some are not without distorting my overall shape ?

modeling edges subdivision-surface
Share
Improve this question
edited May 16 '17 at 17:29

It seems i've solved my own problem after more struggeling. The culprit was me in the end, that went for a crappy geometry (the triangles and such) once i started over clean keeping everything planar until the last steps, the isues were no more. the lesson at the end of the day was; go for squares, not triangles :D.

Not the answer you're looking for? Browse other questions tagged modeling edges subdivision-surface or ask your own question.

3
How to combine smooth and non-smooth faces?
2
How can I smooth an object and keep the edges nicely beveled?
1
How to find non manifold edges
0
Blender how to create 2D shape with smooth and sharp edges
0
Scaling edges relatively to the shape
2
mesh edges still slightly visible after subdividing and shading smooth