Regularly spaced holes in a cylinder

What would be the best method for making regularly spaced holes in a cylindrical mesh? Similar to the vent holes you'd see on gun barrels like these:

Without creating any n-gons, having good topology, and not excessively increasing the tri/polycount overall (this is for models that would potentially be used in a game). It would be good to know how to do this in a way that would work where the holes overlap on the x axis of the cylinder if you see what I mean, like the MG34 barrel, and where they don't, like the SMG barrel.

Being a huge fan of modifiers, I've tried this solution here, which keeps the modelling geometry as simple as possible (I guess). You can see the results here in this Blend file:

There are two layers, I've experimented a bit with the topology of the base mesh to reduce shading artefacts. Unfortunately, they cannot be avoided completely.

You can start off with laying down the polygons highlighted in this screenshot: 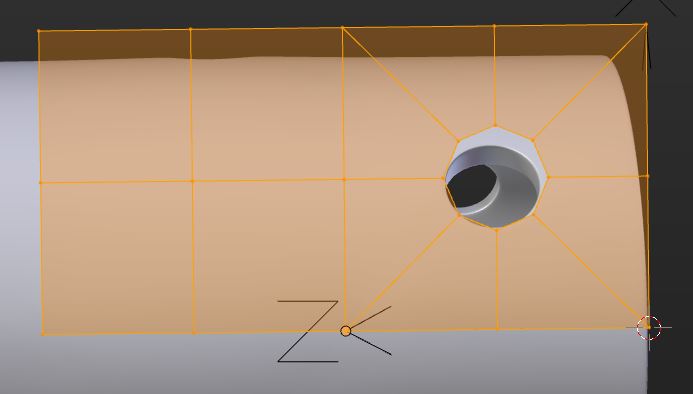 A rather elaborate modifier stack will then turn this into the pipe geometry you're looking for. I won't explain all of them as you have the Blend file too, but I'll talk a bit about the first Array. 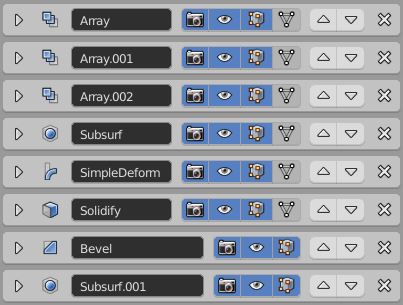 The thing is, here I'm using the object offset option. The Array I defined basically rotates the mesh around the empty by 180 degrees. The merge option is turned on in all three arrays, and the limit set to 1mm in my case, to make sure the neighboring points are merged together. 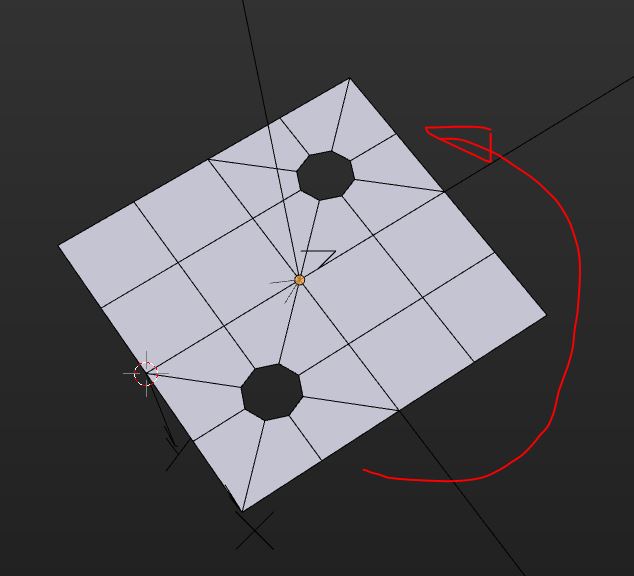 Now that you have the alternating geometry in place, you can use simple arrays to get a flat base mesh. A simple deform modifier bends that into a pipe shape, and the rest (solidify, bevel, subsurf) is optional. 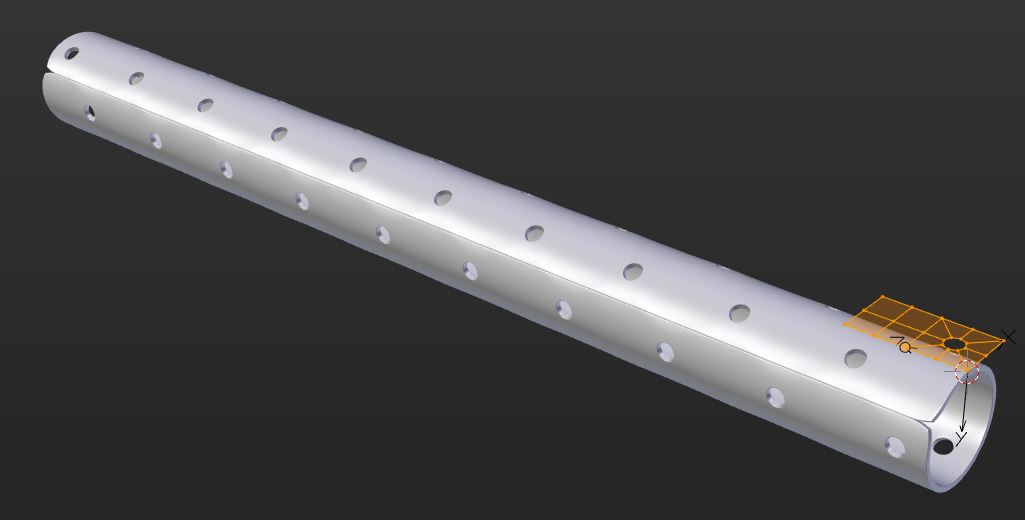 You'll notice that a seam is going through at the ends. That's because there unfortunately is no merge option in the simple deform modifier, neither is there a remove doubles modifier. I wish there was so badly! If you have to remove the seam, apply the first three arrays and the deformer, and then remove doubles.

You'll notice shading artefacts as pointed out in the beginning. Using the geometry below, those artifacts become less apparent, as they happen in a more logical place:

This is a wireframe on that final result (Layer 2 in the Blend file): 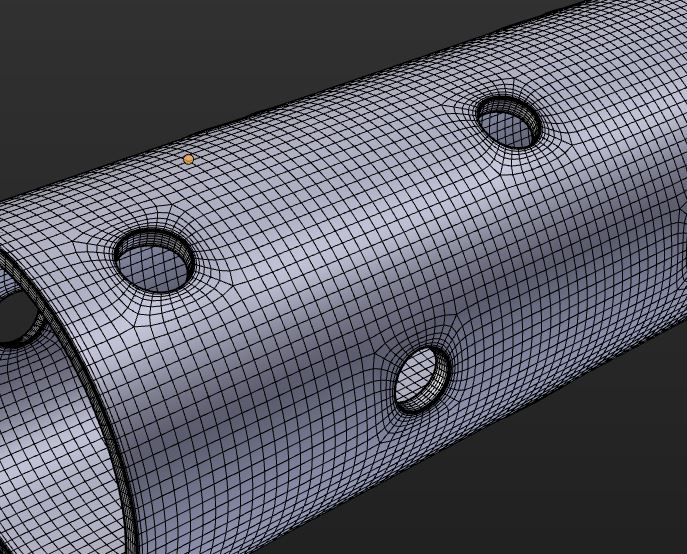 My approach here would be to use vertex bevel coupled with the loop tools add-on.

Here for the sake of example, I started with a cylinder with 16 vertices, and added 8 loop cuts.

If needed, you can change the pivot point to individual origin here, with Ctrl+.(period) and scale the holes a bit larger or smaller.

Here is a .gif of the procedure:

0
Most efficient way to repeat a cutout pattern
0
how i can get a good shading of this carved object?
0
Please help me fix geometry
12
Creating a truck exhaust mesh
4
how to make this cylinder model with holes
0
Is there any way to model these shapes while keeping the topology clean and not create shading issues?
0
Getting missing holes when cutting holes into a cylinder
1
How can I make multiple holes without breaking the mesh?

17
How can I create a hollow sphere with regularly spaced holes?
3
How to optimize old meshes?
5
Distorted Cylinder to Regular Cylinder
1
Circular / Shape indentation onto curved surface?
0
Creating Holes in Cylinder for Lightsaber
0
How to make Holes in Walls, connect Joints and make it symmetric / equal sides?
3
Cylinder with varied light power intensity along the axis