I recently came across this page, in which the creator made the transparent, glowing exhaust effect as seen in the photo on the linked page. The effect is interesting and I want to try and play around with it, or something like it, but I'm not quite sure I understand the method the creator outlined:

It's an array of 25 planes, each with a circular gradient material fading from transparent on the outside to blue to white on the inside. It's kind of a hack but it works surprisingly well.

I've been looking around for a material, or method to create this sort of transparent effect, without the appearance of an edge if I were to create a conical shape. This might be what I'm looking for to create the desired effect.

So is anyone able to clarify what the quoted description means?

For Cycles render engine, a possible node set up could be this: 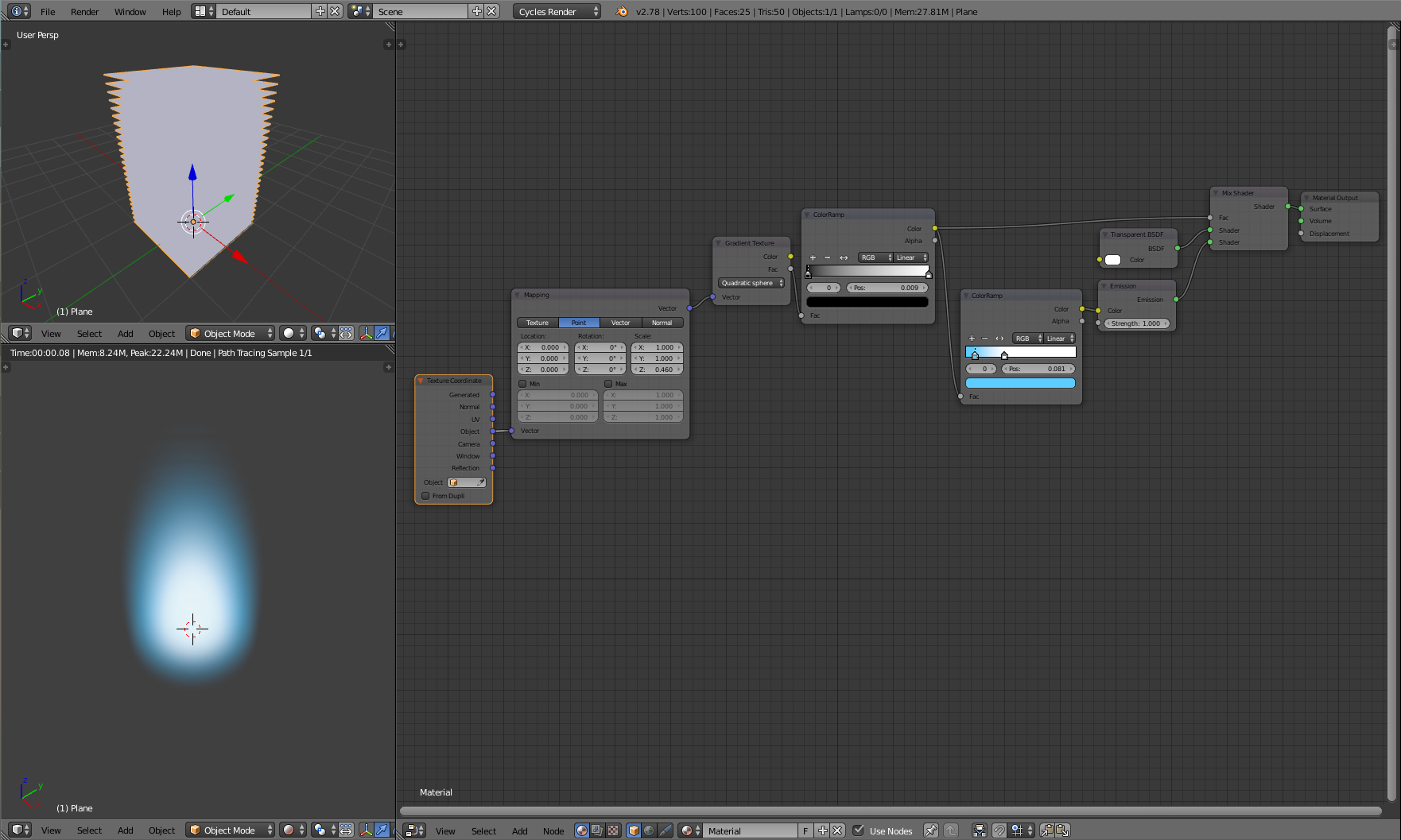 With the Texture coordinate node's Object output we are gathering the information about where to place the following texture. Object will use the object's origin, rotation and scale, so the texture will be placed in the middle of the plane.

The following node, Vector Mapping, is tweaking a bit the scale of the texture upon the Z axis, as we are going to use a spherical gradient, while what we need is more like a half ellipsoid.

First Color Ramp is needed to adjust the feather of the texture border, second Color Ramp gives the shades of color to the emission node.

Note: to increase the realism, I suggest to work upon the emission intensity rather than the color: 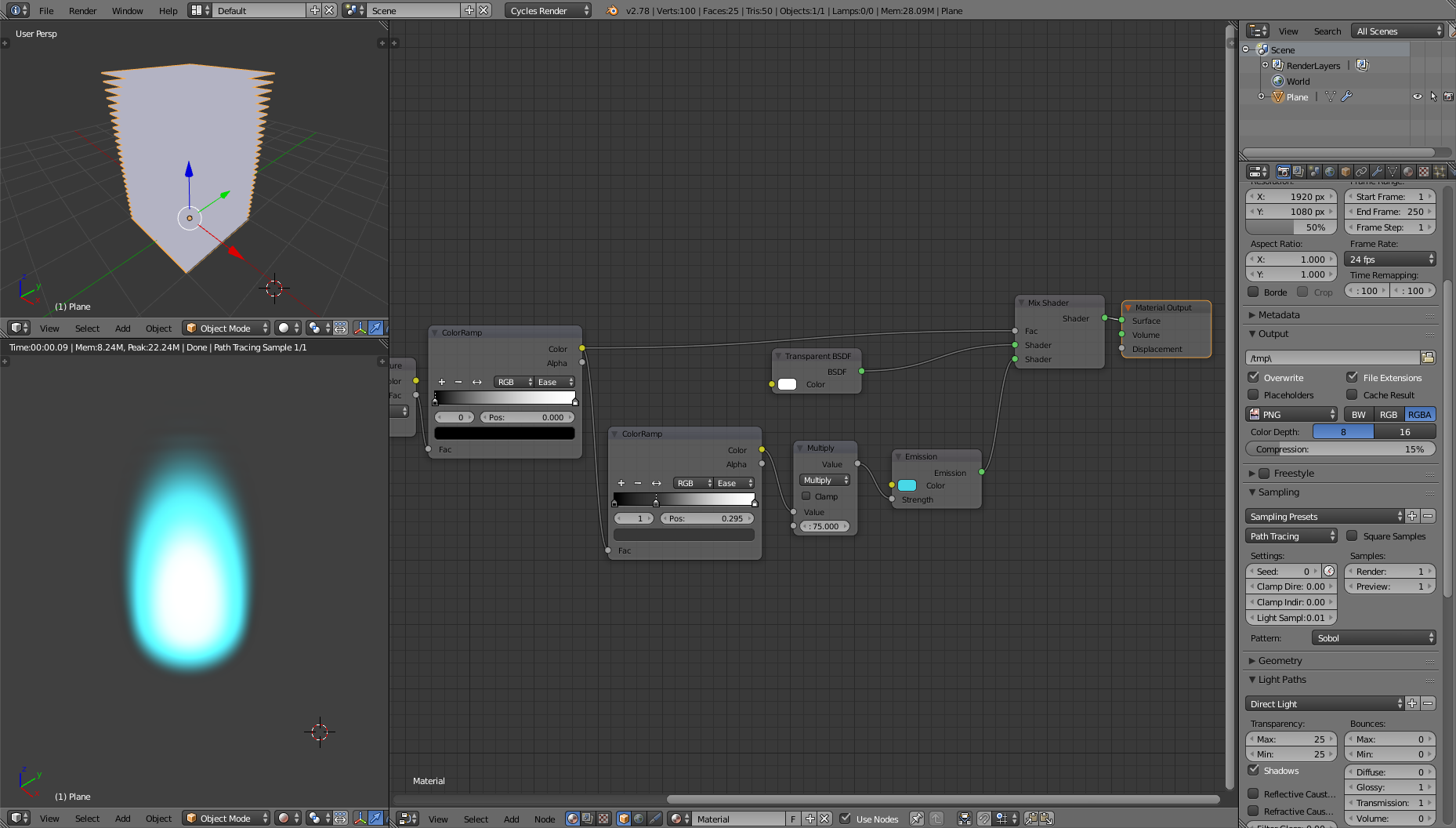