Please forgive me if I used beginner terminology.

I would like to have a bottle in color "provided by the simple diffuse shader" (ie. with pure red). I would like to put a test texture (222222 on the screenshoot) only on part of bottle which was UV unwraped (only box with 22222 has been cover by unwrapped faces).

I know how to do this with image with transparency (alpha) as decals however the question is if there is any simple option just to put part of texture on object and leave the rest with pure shader without texture?

The mix node always mixes the rest of bottle with texture and does not give pure color (red). I tried to put an alpha texture node into mix factor to separate the texture part from rest (as manual states remaining pixels are transparent "black") but the result is well..bad.

I would appreciate your support. No idea where is my mistake. 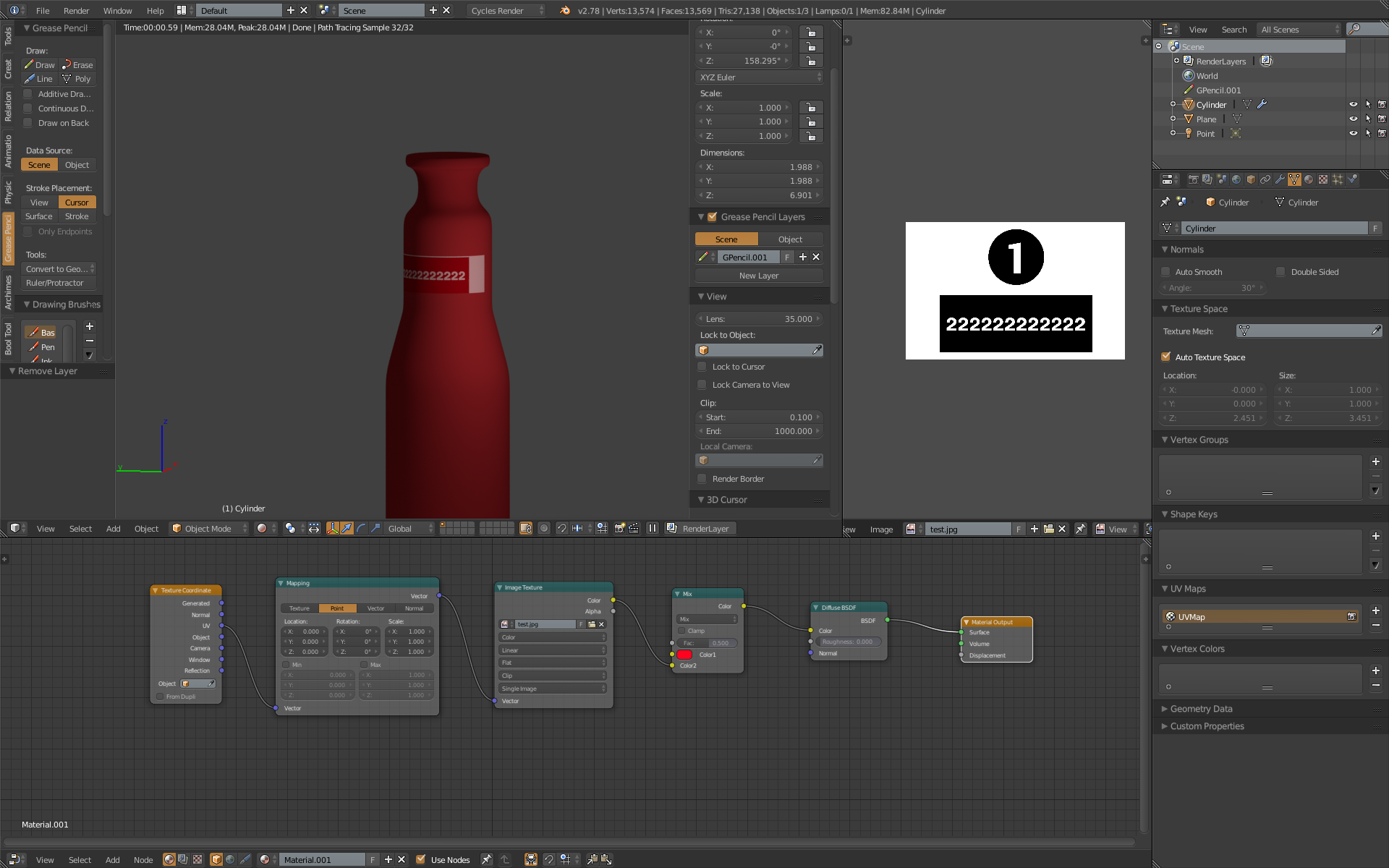 cycles-render-engine texturing node-editor
Share
Improve this question
edited May 11, 2017 at 1:36

It means that the area outside the image canvas will be considered transparent, as in Alpha value = 0, some image formats also have the ability to still save color for transparent areas, like PNG, and so will also paint that area black, besides making it transparent, in case you are not using the alpha map, or use it separately for other purposes.

In your particular image it is white all around the canvas borders, which generally means it opaque in terms of alpha channels, so it won't mix well with the remaining surrounding material.

Clipping in Blender will not work because as you already found out from the manual, the surrounding will be considered black which never matches your image border.

Don't use the Invert Cycles node in Blender, because it will invert the image color but also the black transparent area applied by the clipping effect, leading to surroundings that never match the current color of the image border.

You have to explicitly use an external application to invert the colors before using it in Blender.

If you use "Screen" instead of "Mix" in your Mix node, with a Fac of 1.0, the color should match the red perfectly. 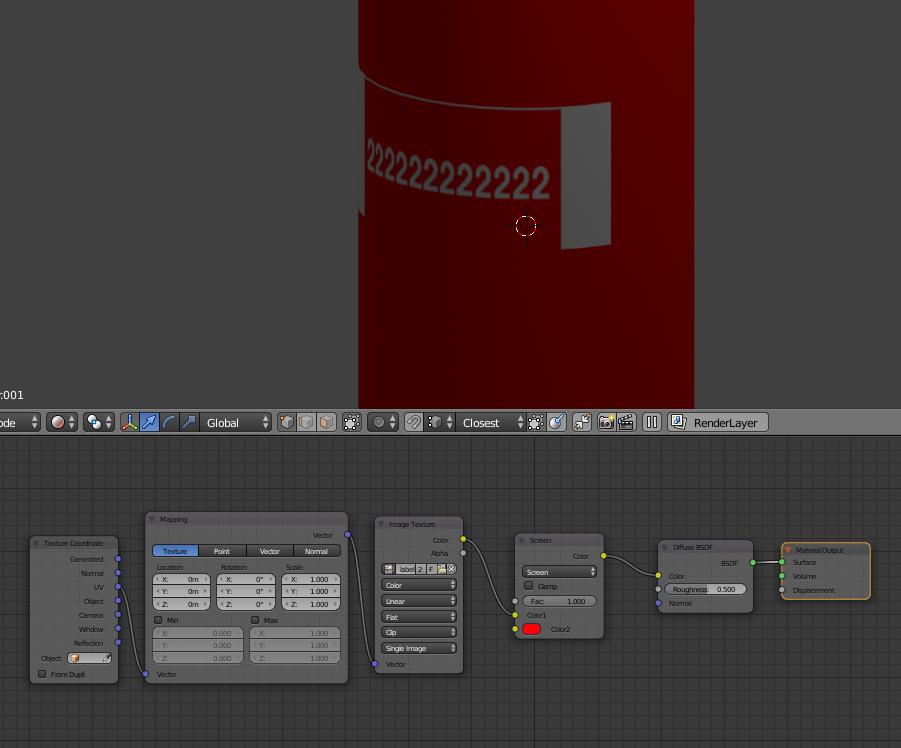 However, it won't fix the white part outside the black area. To fix that, the easiest thing would be to just color the whole background of the texture black.

If you can't change the texture for some reason, then you can adjust the UVs to hide the white part.

1
Is possible to control quantity of texture? (Python)

5
Transparent mesh with material/texture remains black
14
What is the right way to apply an image texture over a glass or plastic material?
3
Transparency with a mask
1
Mixing image texture makes everything transparent
0
When i use a image texture with transparent background it makes the image dissapear and the transparent part stays
0
Image Texture Node, Clip Image
0
Setting a normal map for only part of a material (single Principled shader)
0
Color into Alpha - Nodes and Vertex Paint