Video editing, how to make blur value a function of the time?

My goal is to make the blur filter value, size X for instance, changing while the movie plays. I want the blur going up and down in time like a sinus function, for instance size_X = 1 + sin(time).

So, I right clicked onto the size X value of in the blur filter of the video sequence editor and added a driver. Then, I went into the graph editor under drivers.

But from this point on, I do not know what to do, in order to make the time of the video clip the variable of the driver.

Why not use the cyclic function in the F-fcurve editor? Make 3 keyframes, 0,1,0 then extrapolate modifier cyclic. 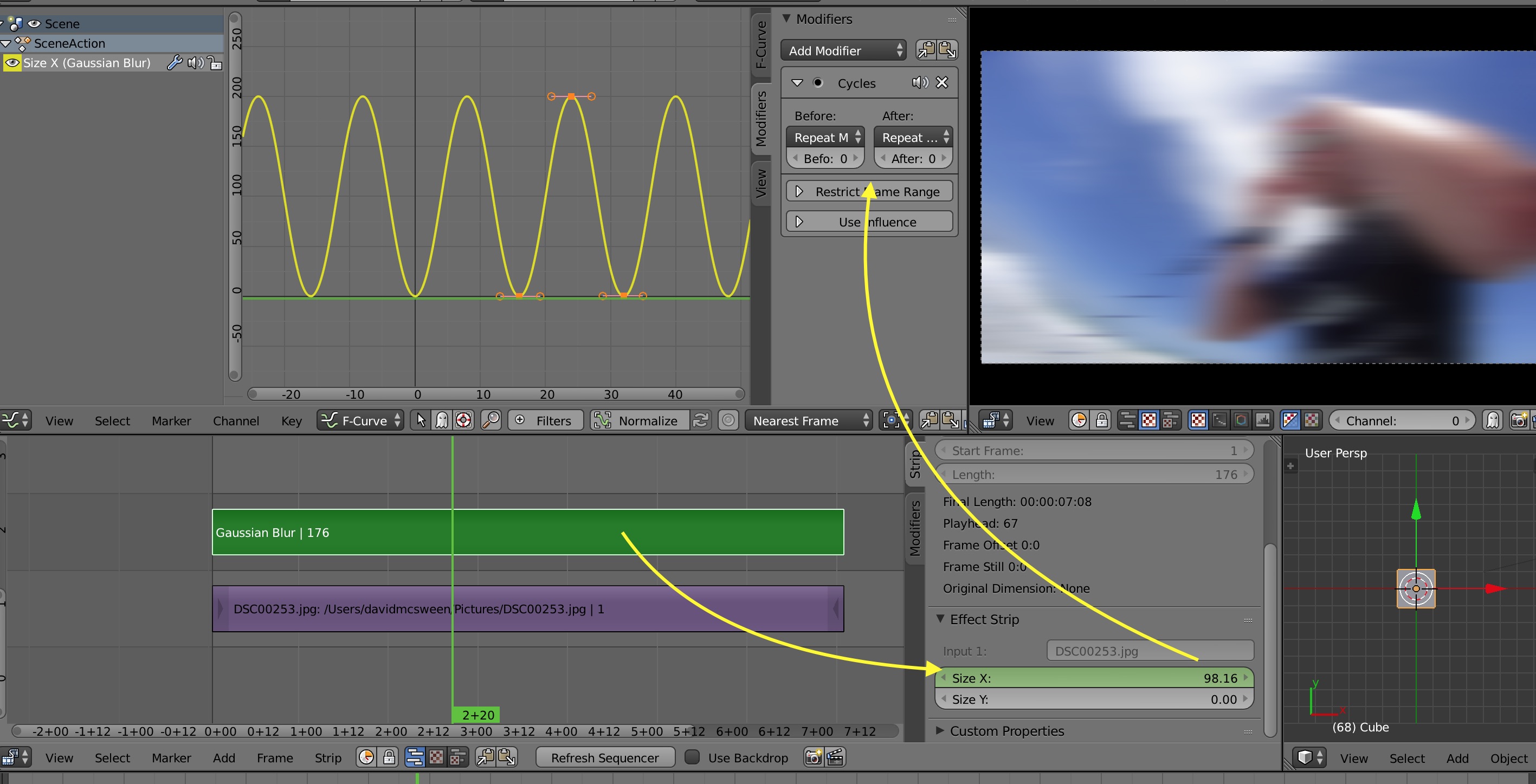 Then you can spread them apart with scale S-key, constrain horizontal with X key

Can use the new use self feature of drivers. Here I'm using the text editor to edit a driver method. The strip is passed to this function, as is the current frame of the scene (the name frame is known to the driver namespace).

Below is a very simple example. You may wish to investigate using other properties of the strip, for example self.frame_start is the frame on which the strip starts, self.frame_duration is its length etc.

You will need to run the script again after making edits.

Run this script and the method "bd" will be available to drivers. As shown below, where self is the strip itself, and frame is the current frame of the scene.

If you want the script to auto run when blender file starts, give it a .py extension in name, and click the register button.

Not the answer you're looking for? Browse other questions tagged video-sequence-editor drivers graph-editor timeline or ask your own question.

3
Use only audio when mixing compositing and sequencer in post processing
2
How to make a logo cycle (or loop) on top of a clip in movie editing mode?
0
Why isn't VSE dropping frames and giving me a correct frame rate?
0
Video Editing, Is there a way to make the speed value animated?
0
Video editing workflow - VSE and compositor slows down framerate when previewing?
1
Chroma key, translate forground, retrieve video from sequence editor
0
Video editing: keyframe values not setting
0
Can't edit driven number value, see graph editor for the driver setup